The story of the rescue, rehabilitation and release of endangered orangutans in Sumatra, Indonesia

This series documents the incongruous behavior between man and the environment in Sumatra, Indonesia. On the one hand humans destroy virgin forests, wounding and killing animals, while on the other hand they do everything possible to save them. One day, an orangutan is found peppered and blinded by 74 air bullet wounds, and the very next day a surgeon travels halfway across the planet to save it.

Indonesia’s Sumatran orangutan is under severe threat from the incessant and ongoing depletion and fragmentation of the rainforest.  As palm oil and rubber plantations, logging, road construction, mining, hunting and other development continue to proliferate, orangutans are being forced out of their natural rainforest habitat.

That we share 97% of our genetic heritage with orangutans seems obvious when you observe their human-like behavior. Today, with just over 14,000 specimens left, the Sumatran orangutan (Pongo Abelii) along with the 800 specimens of the recently discovered Tapanuli species (Pongo tapanuliensis), are listed as critically endangered by the International Union for Conservation of Nature (IUCN). 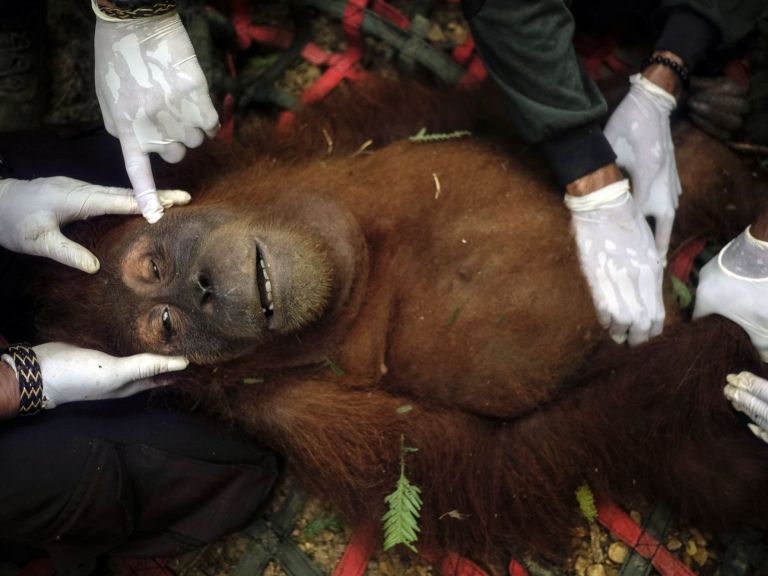 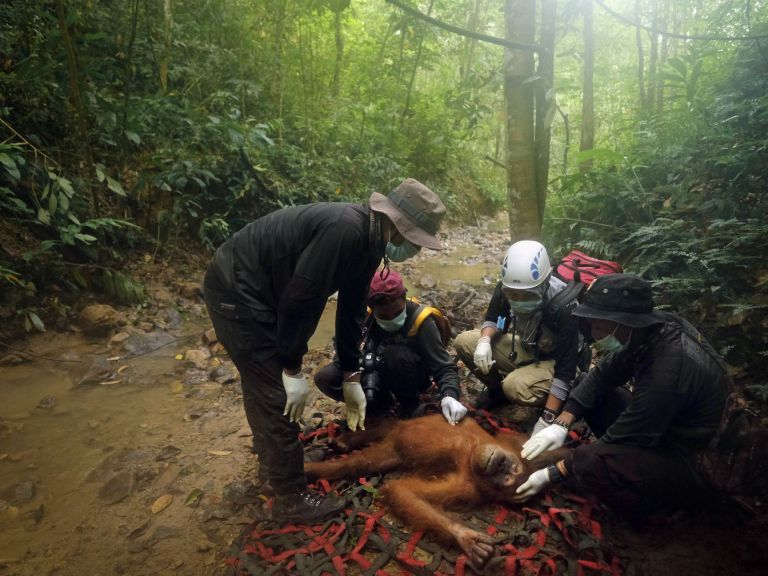 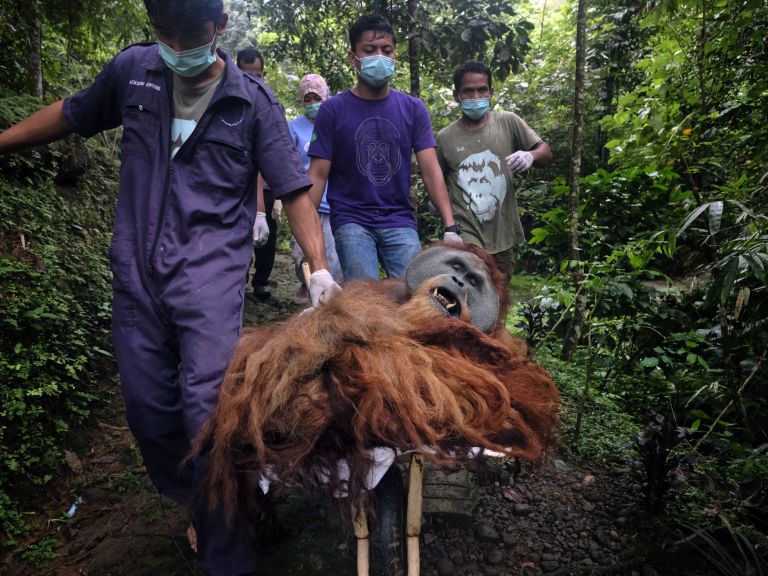 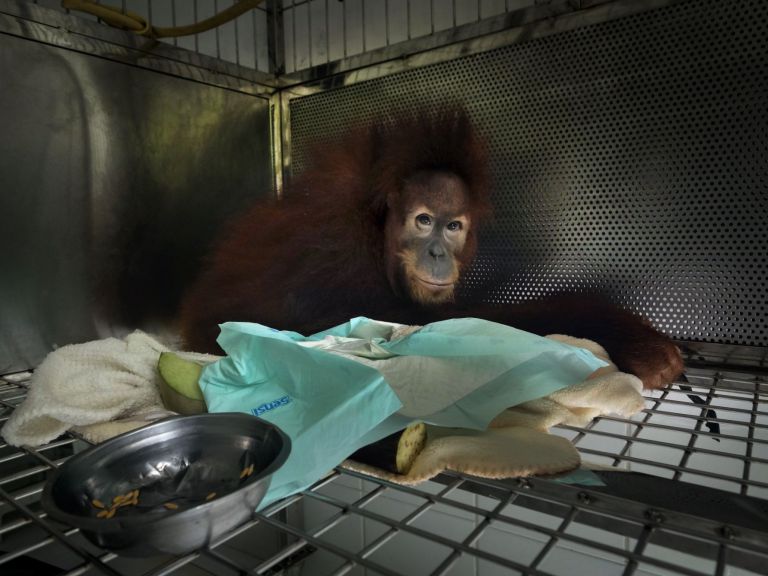 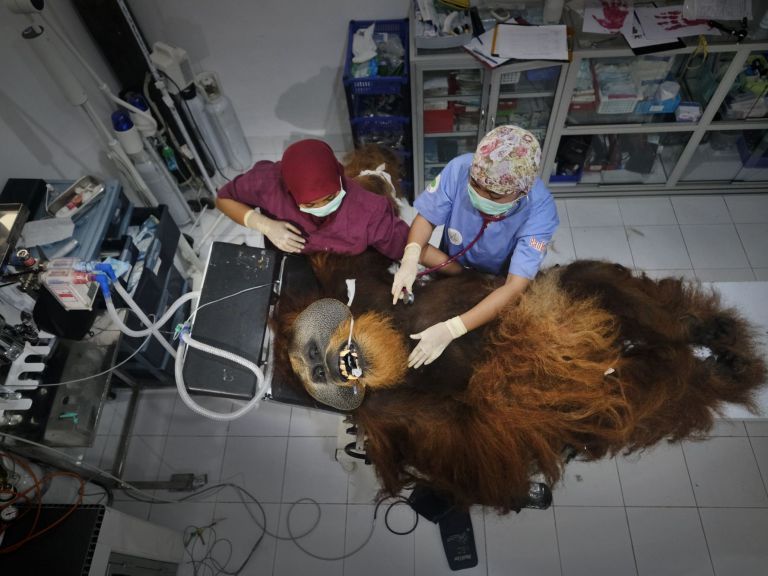 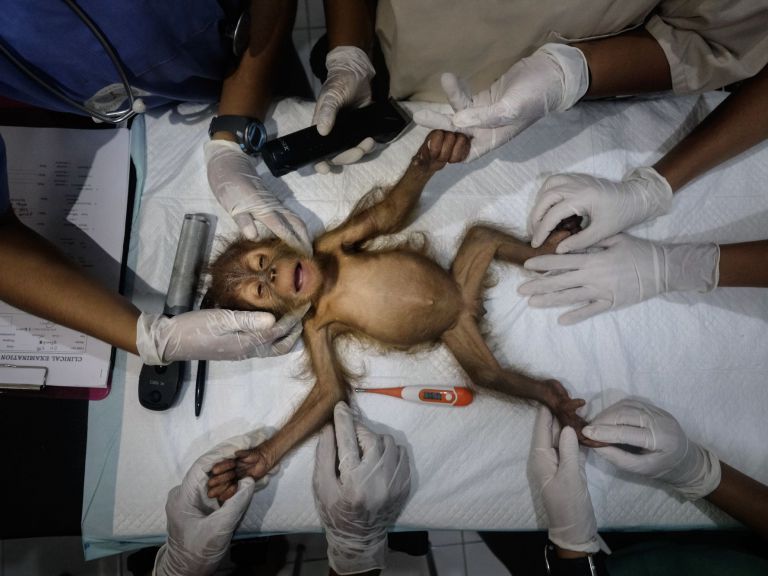 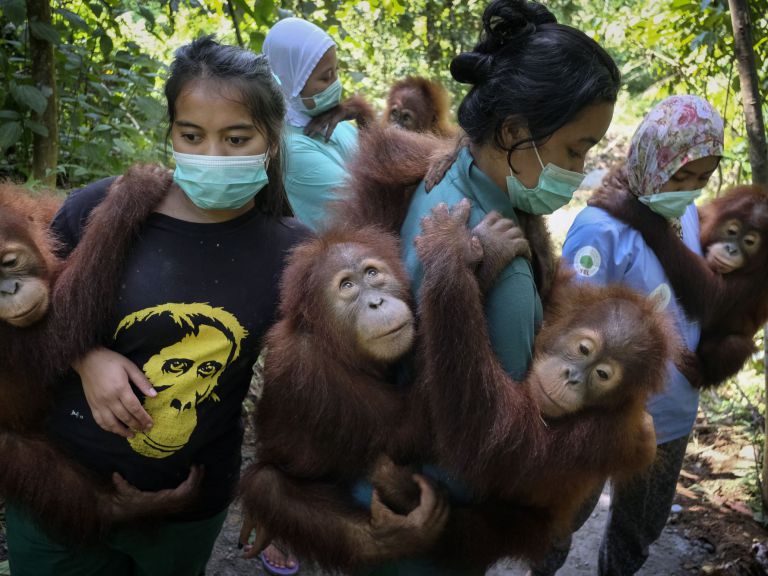 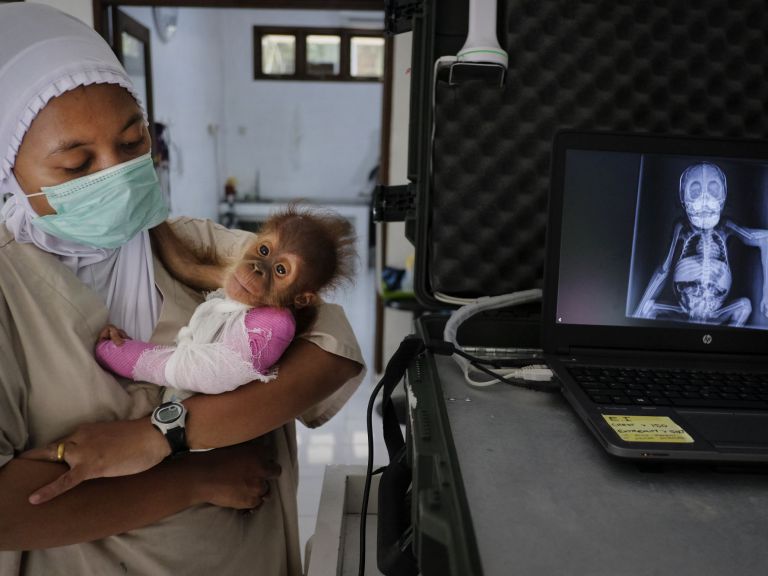 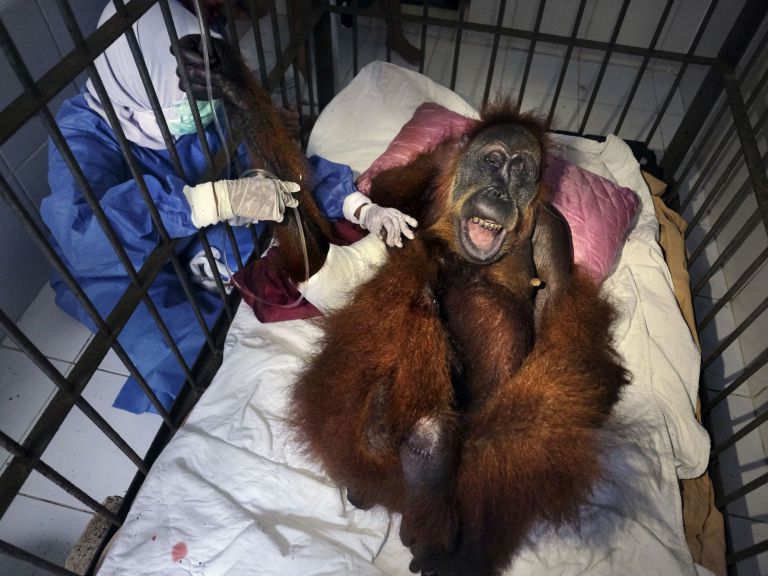 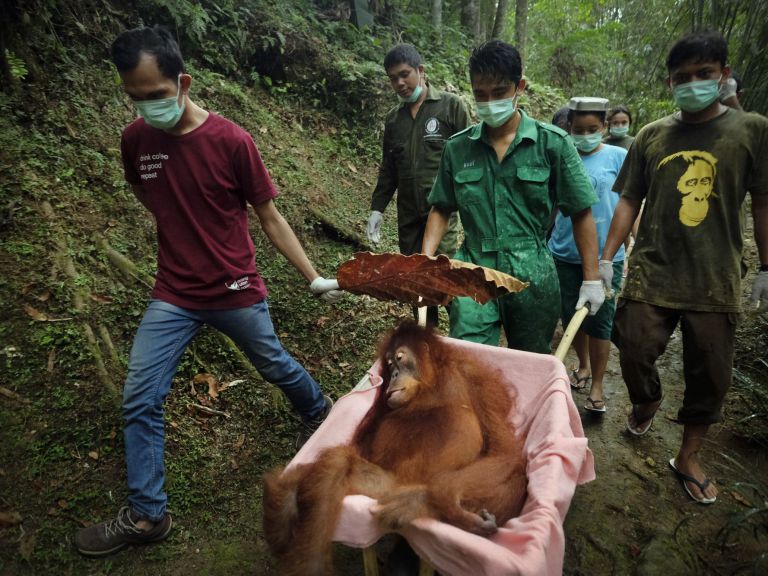 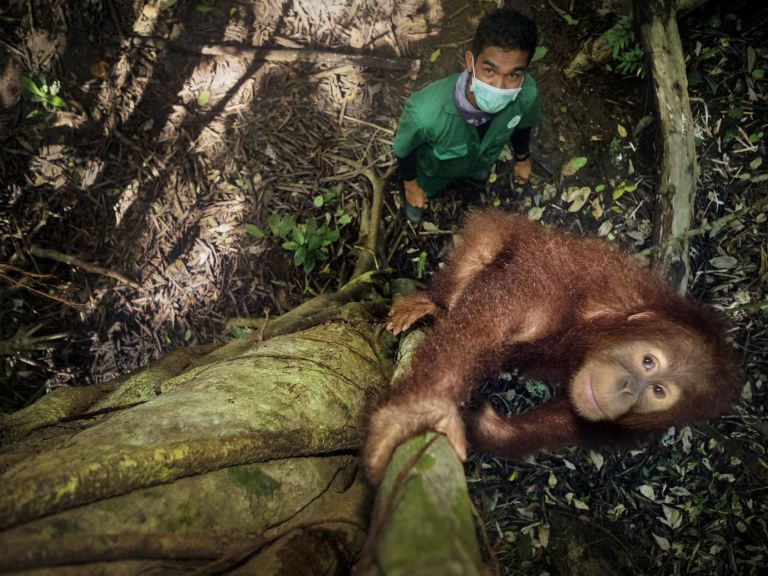 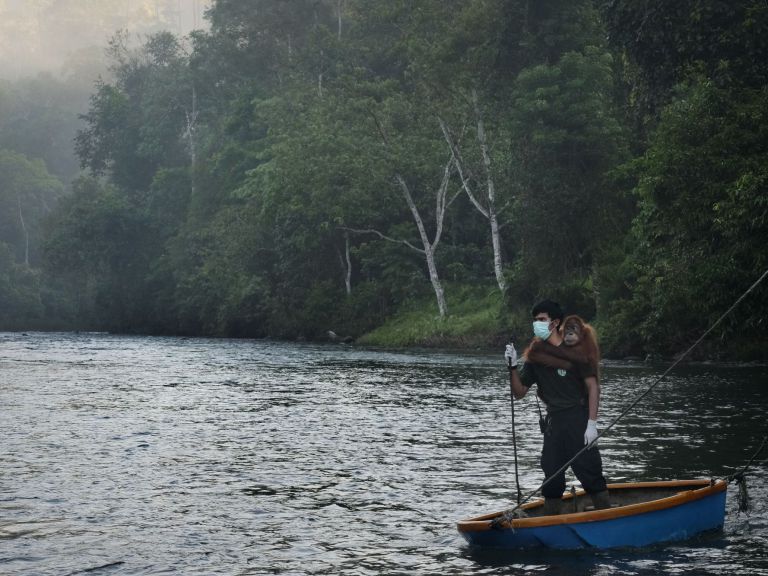