Project Detail: The history of the Italian Wolf: challenge for a possible coexistence.

The history of the Italian Wolf: challenge for a possible coexistence.

The eight images of the project (all made in conditions of absolute freedom) were taken during the last 5 years of study and research on the wolf in Italy. In this project I would like to tell the story of the natural recolonization of the wolf in a strongly anthropized country such as Italy, showing the adaptability of this predator, the difficulties of living together, but also the ability to share spaces with men. The future of this species depends on us...

At the end of the nineteen sixties the age of wolves in Italy seemed to be over (pic.1). Only a hundred individuals, hidden in the heart of the central Apennines, survived in inaccessible and impervious habitats, such as the old beech forest of a few National Parks (pic. 2). In the following years the combination of several factors such as the strong adaptability of this species, the growth of ungulate populations, the integral protection and abandonment of the countryside, has favoured the natural recolonization of the wolf along the peninsula. In the last 15 years or so, those "historical" areas, protected by the boundaries of Parks and Reserves, seem to have become saturated. The "mountain" wolf, moving closer to men, began to meet domestic animals (pic. 3), giving rise to the well-known conflicts. Many populations, historically accustomed to the presence of the predator, have learned to live with it again and passed on these techniques, handed down from their ancestors, to the rest of the country. However, the wolf did not stop its expansion (pic. 4): its strong adaptability allowed it to re-colonize unexpected territories such as behind-the-dune pine forests (pic. 5), and swamps (pic. 6). In its expansionist race the wolf has thus reached the cities (pic. 7). The coexistence in such a heavily anthropized country as Italy, will have to necessarily rise from the quest for compromise between man and wolf. The great challenge of living with this animal seems to depend on man himself, and only through study, the implementation of preventive methods and a proper environmental education and awareness of the new generations, will we be able to win it. The wolf seems determined to coexist with our species (pic. 8), it remains to be asked: are we just as willing? 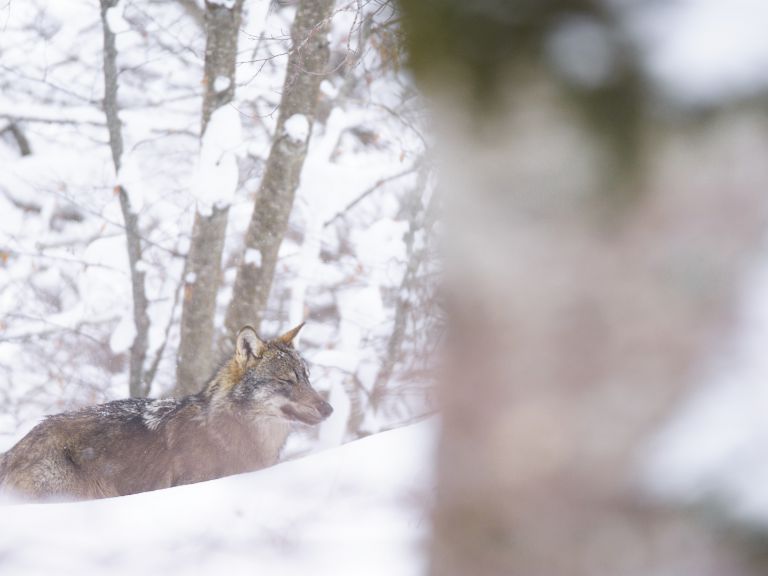 The wolves' wheather, difficulties for survival 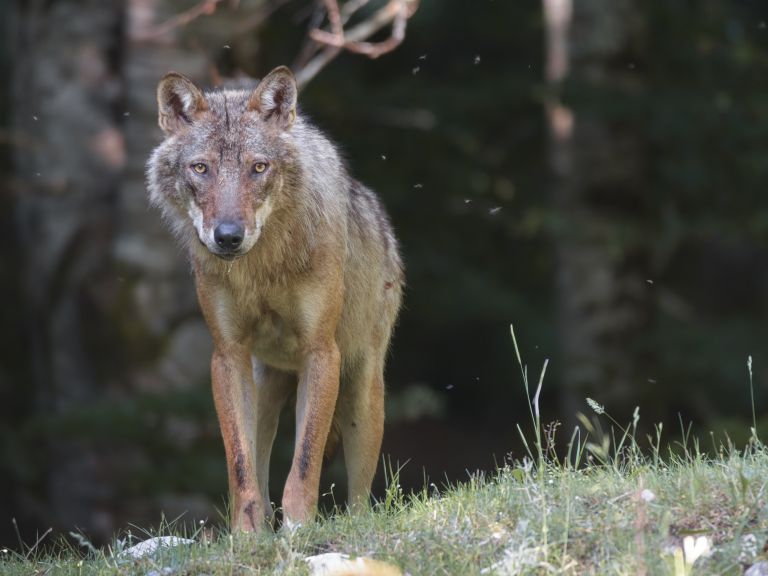 The wolf and the old-growth beech forest, the heart of rebirth 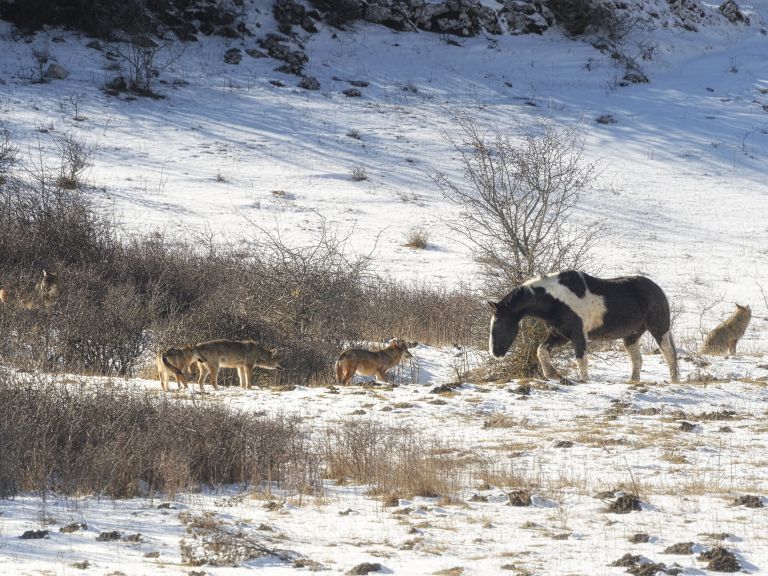 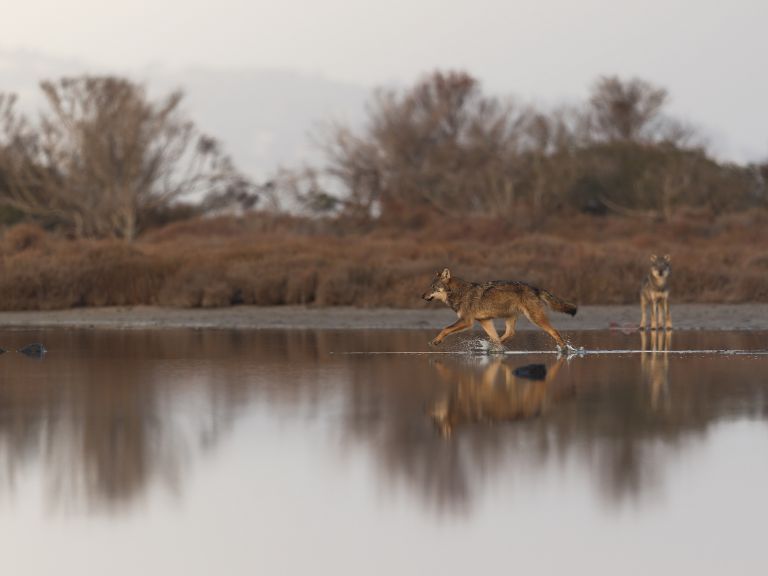 The wolf can do anything 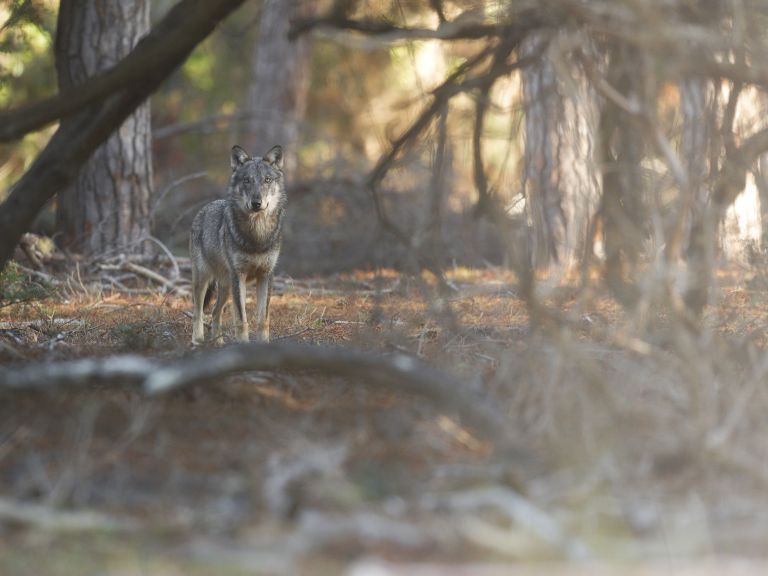 The wolf and the pine forest behind the dunes 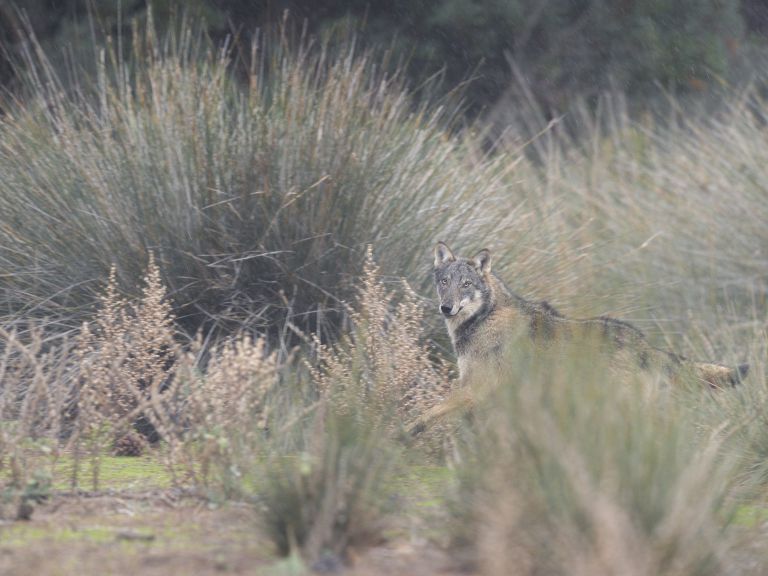 The race through the common rush, an unexpected habitat 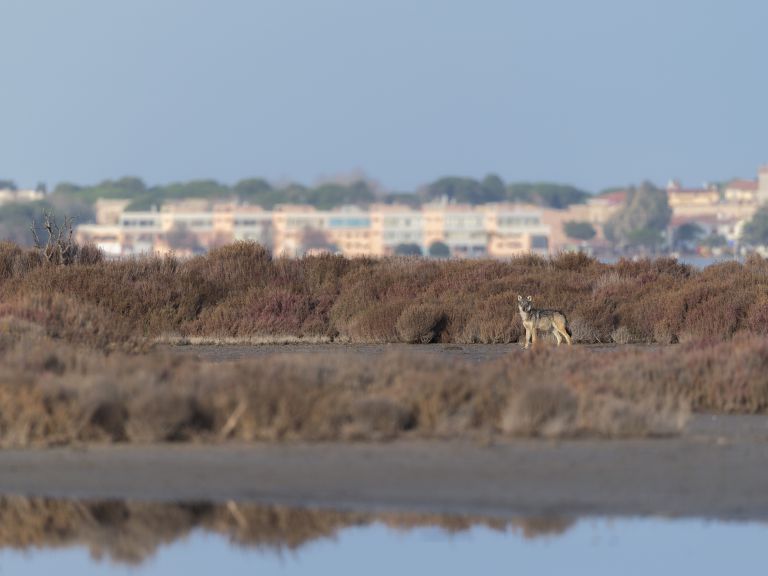 The wolf and the city, a possible coexistence 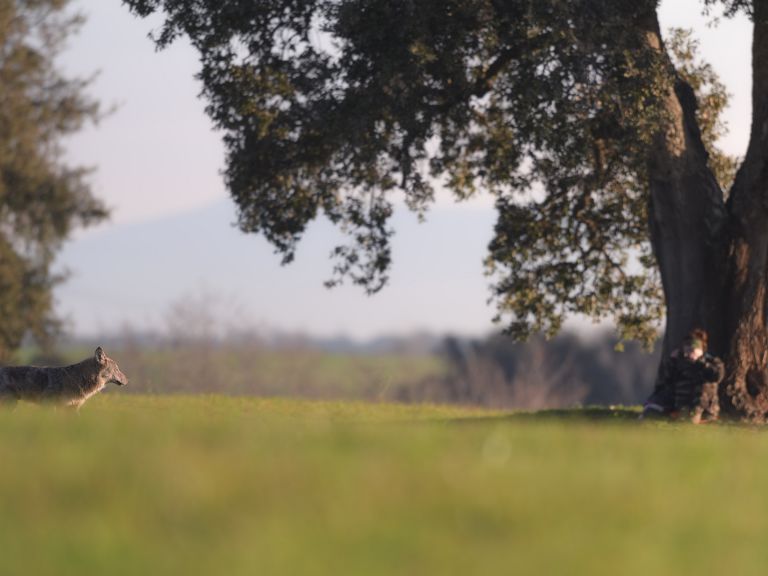 The wolf and the red-haired girl