A young tiger trying to learn the art of hunting

Mother Tigers often provide fresh kill to their sub-adult cubs to practice the hunting and survival skills. I witnessed one such event in the Bandhavgarh National Park in India. We followed the various alarm calls in the jungle and reached this grassland next to a huge waterbody. It was very late in the evening and the light was fading fast. After almost 10 minutes of waiting I saw this young male tiger coming out from the nearby the dense cover and walking straight to a bush. From there it picked up a hidden freshly killed carcass of a spotted deer, obviously done by his dedicated mother. The young tiger then practiced the death grip, dragging, lifting etc. which are essentially part of its survival skills horning. At times he was dragging the carcass across the waterbody too. I could not watch till end as it became dark and had to exit the forest. 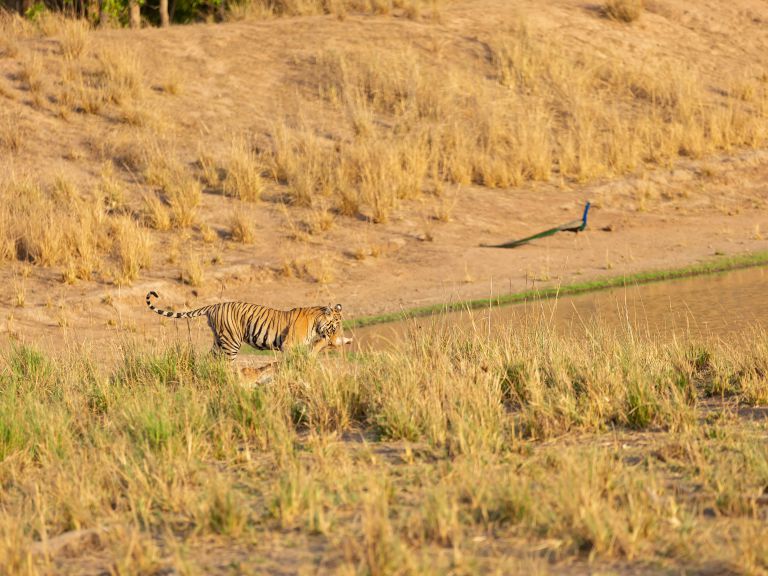 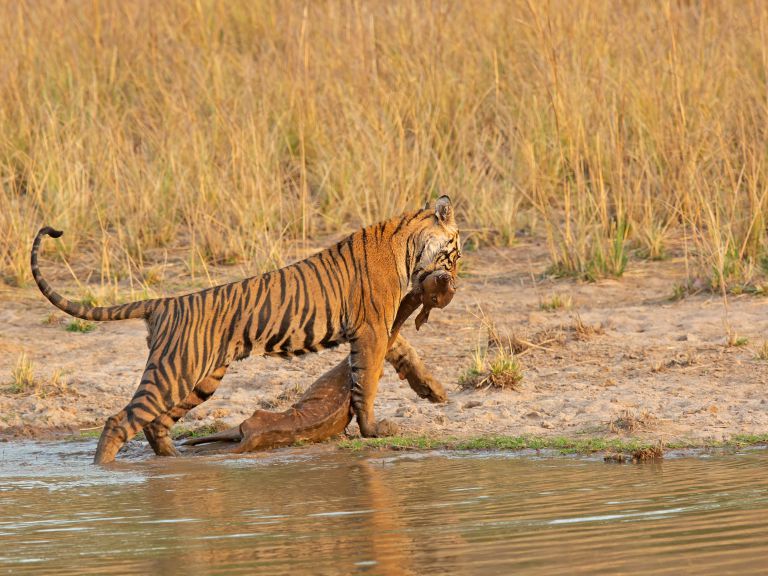 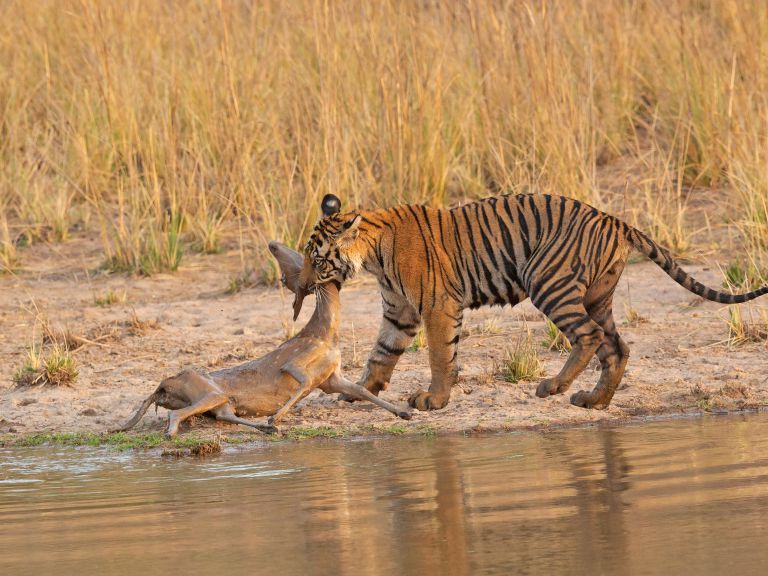 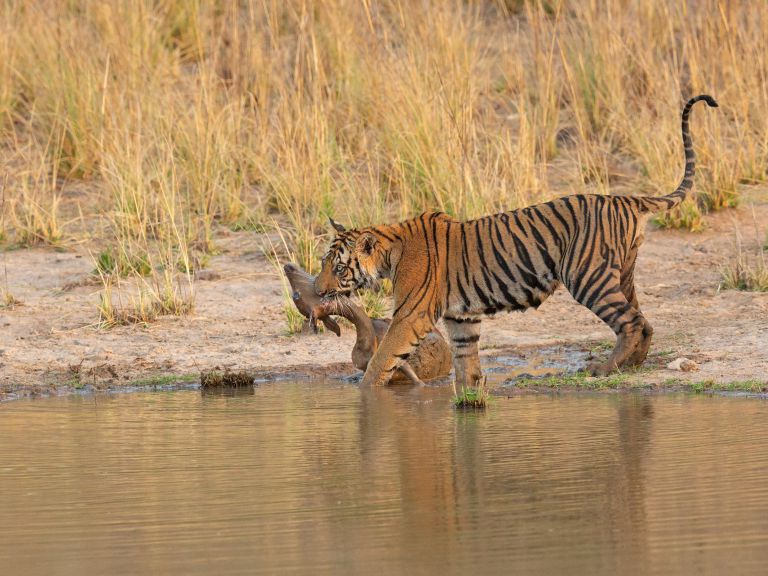 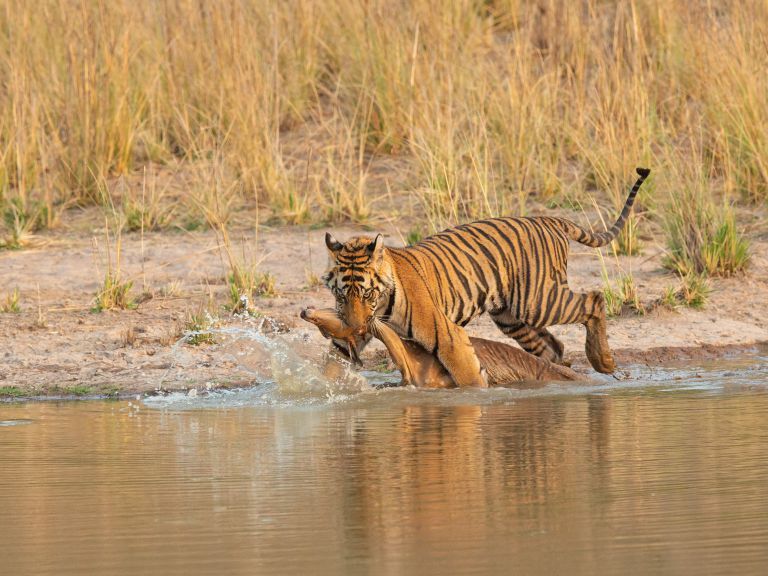 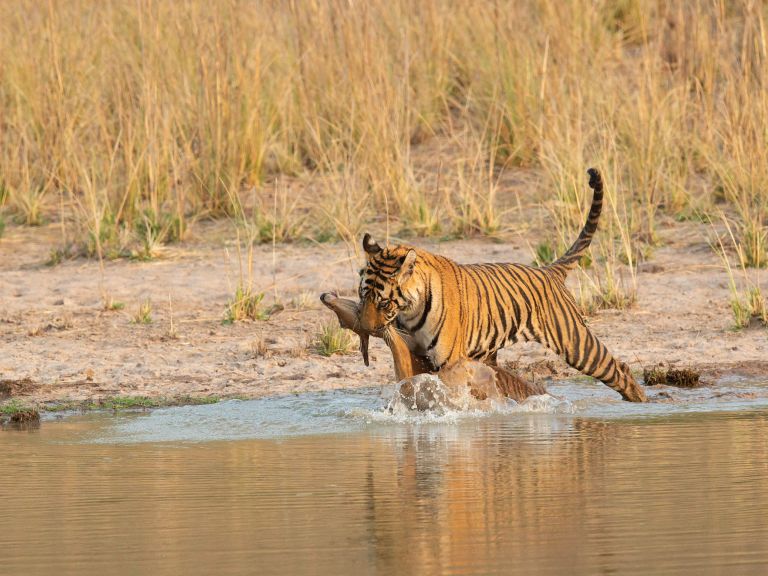 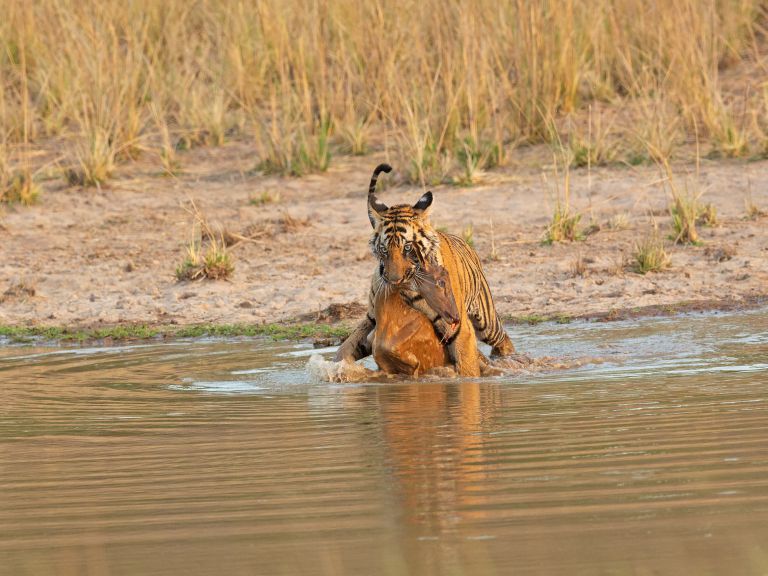