A photo project about Russia led me to Irkutsk at the Lake Baikal. In times without a rampant pandemic, the city is full of life. Due to rising incidences, social and cultural life was reduced to a minimum. The city wrapped itself in a combination of serenity and melancholy. The feeling of being stuck in a transit area spread among the population. This sensation, exacerbated by COVID-19, well describes the state of the country. Many people are waiting for a change. But true progress is being blocked by a system, which is becoming increasingly authoritarian in its crackdown on any opposition.
With the senseless and cruel war against Ukraine, the Putin regime has further isolated Russia. The Russians are becoming more and more prisoners in their own country.
I took this picture at the DEAD RABBITS BAR - a space where the alternative scene gathers. Here you can meet the LGBTQ+ community, travelers, artists, and free spirits. A place that resists the pressure of the system and gives people space to breathe. 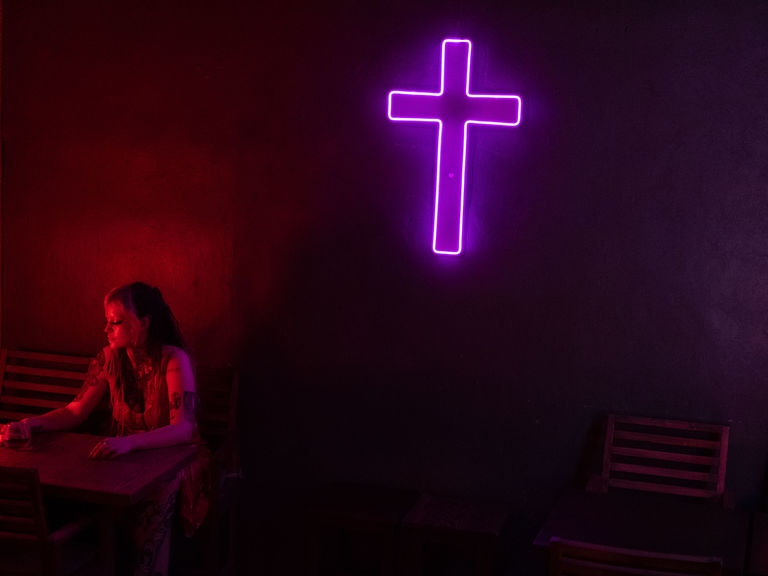