Project Detail: A picture seen before

A picture seen before

The photographs of this project could very well have been taken from a history book, but i took them in 2022 at the Poland-Ukraine border. History repeating itself once again

On the tracks, people wait impatiently for the train to arrive, jealously holding their tickets. A child looks out anxiously at the rails. The station of Przmysl is a transit point, from here most of the refugees head to the main Polish cities, such as Krakow or Warsaw, or to Germany. There is an air of expectation, almost of relief. Anastasiya, a young woman from Kharkhiv, is happy to pose for a portrait, to the delight of her aunt traveling with her. A grandmother caresses her barely walking grandchild. A child in the arms of his father shows me, smiling, thumbs up. The worst seems to be over.
Volunteers fill every corner, giving out hot meals to the hungry and toys and sweets to kids.
Nihal, a 28-year-old engineer from Kyiv who came here from Madagascar, where he was on holidays, is taking a train to Ukraine, where he will join the territorial militias.
Another example of the pride and sense of unity awakened by the Russian invasion. Another example of history repeating itself once again, the resistance from below of the people united against the great invader. An invader who has not understood that quick wars do not exist, that having the largest army is not always enough. An invader that doesn't seem to remember history. 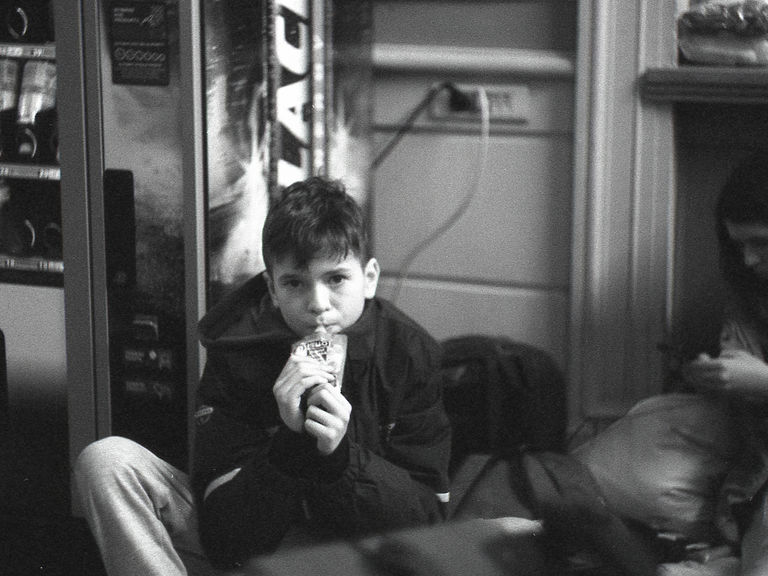 A child drinking a juice offered by volunteers 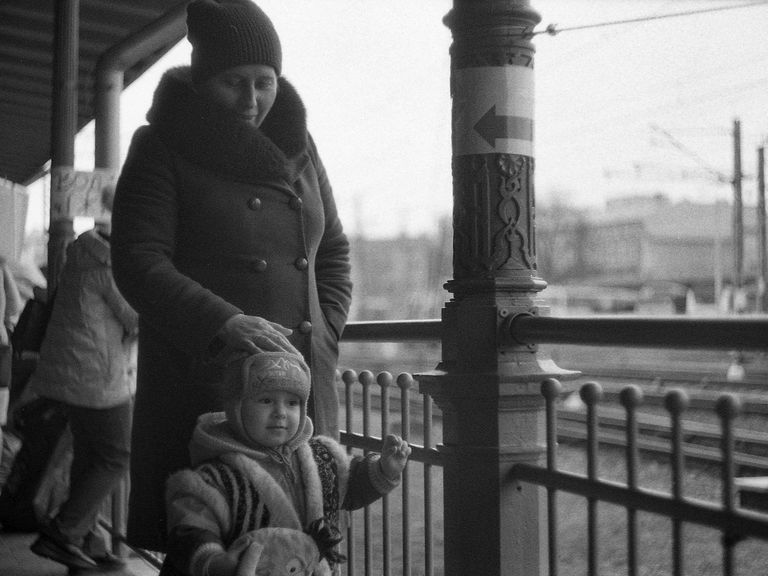 Caresses waiting for the train 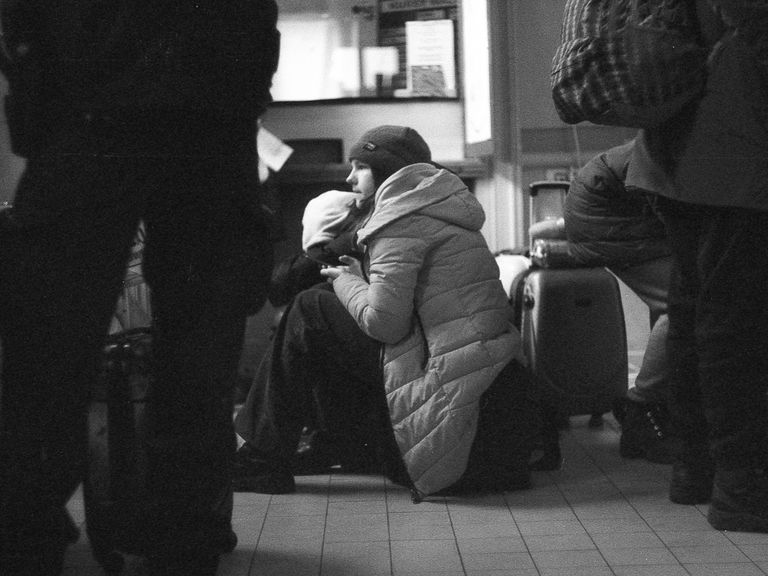 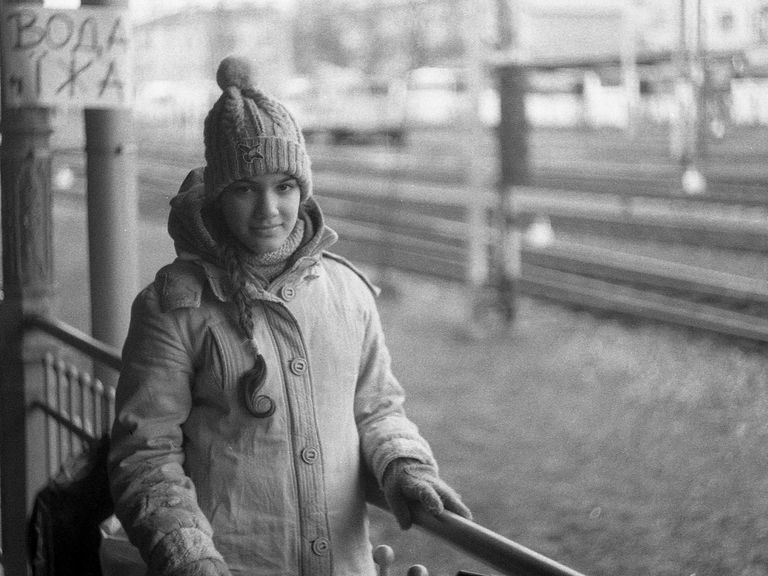 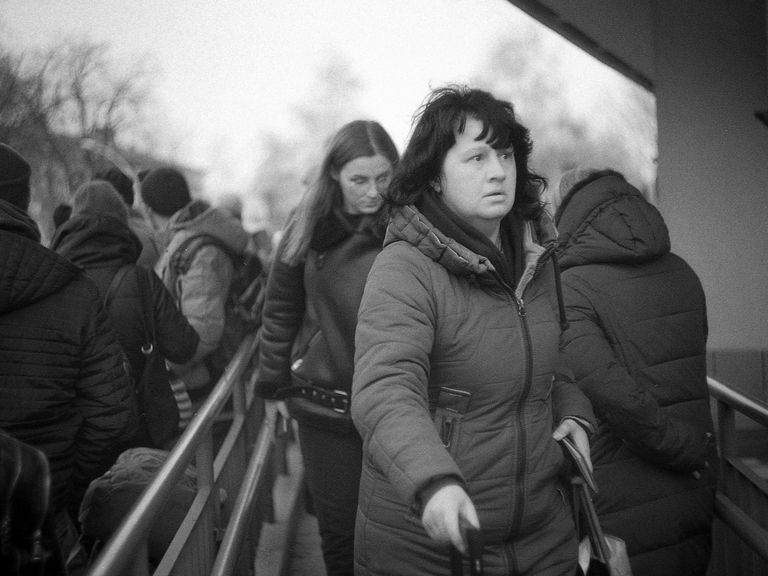 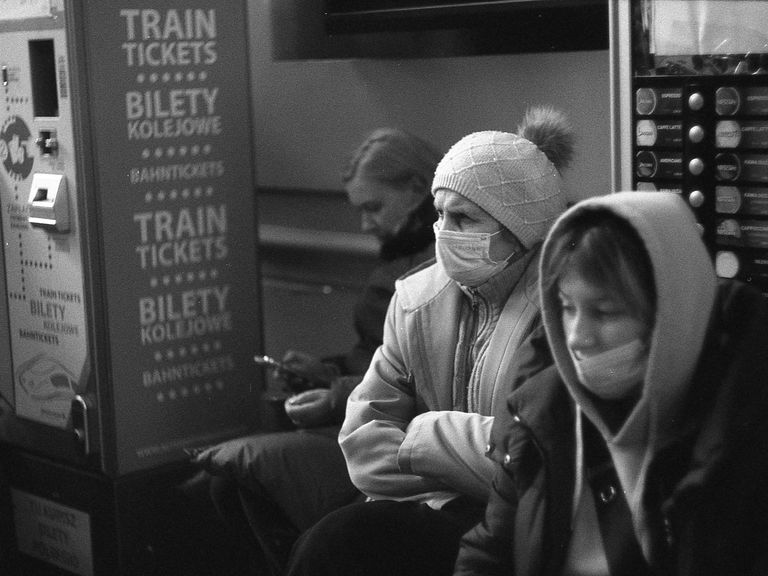 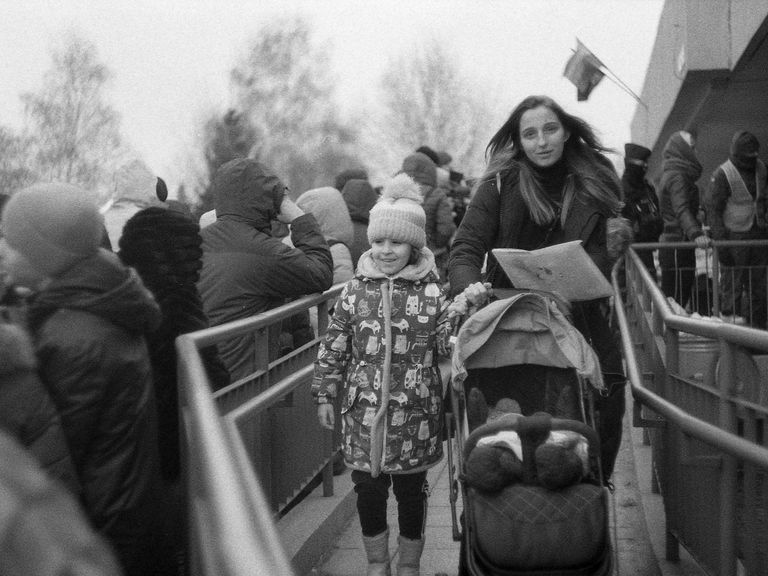 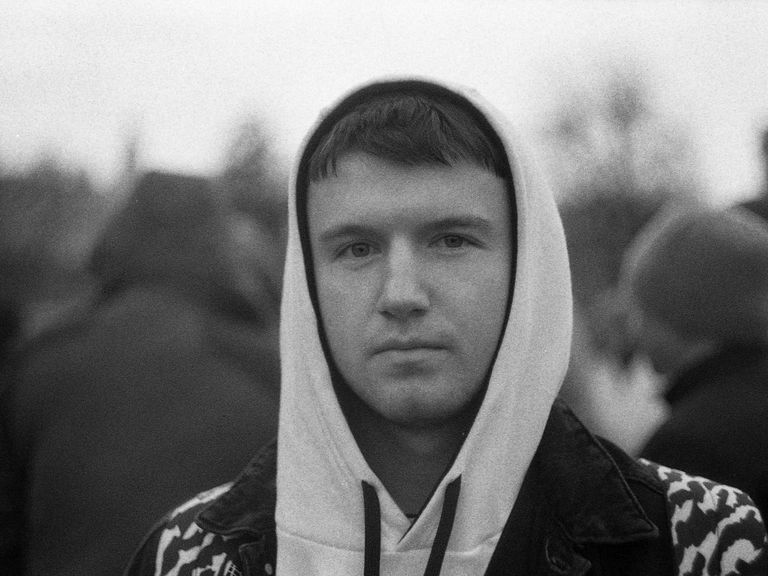 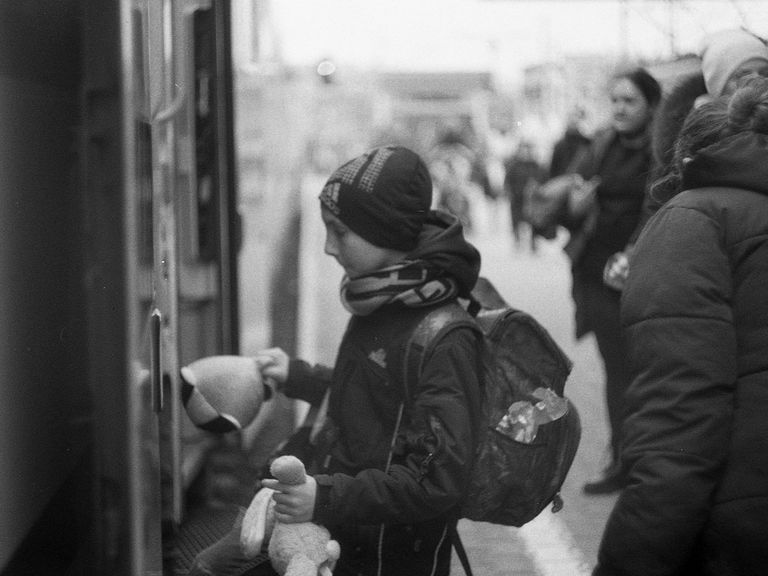 Boarding a to a new future 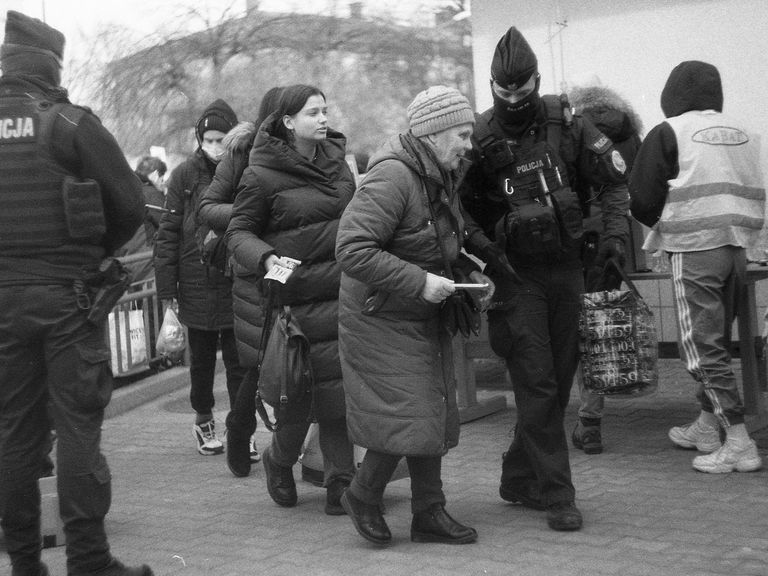 With a little help 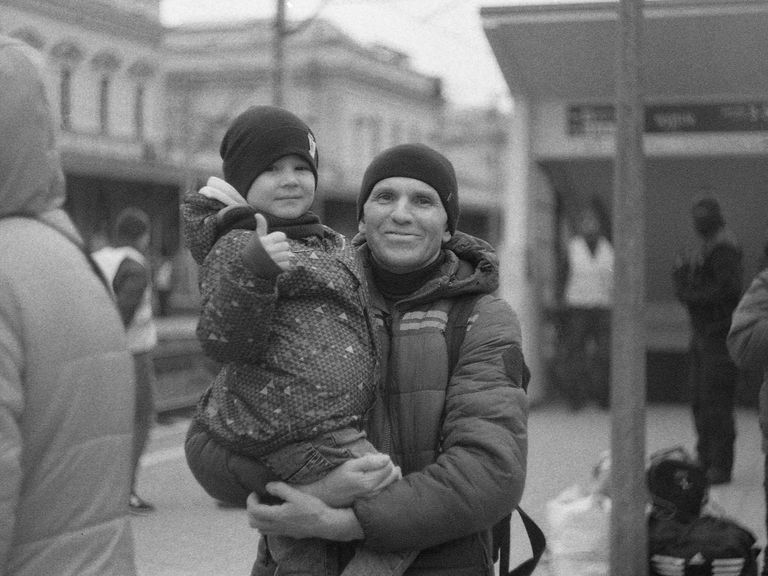 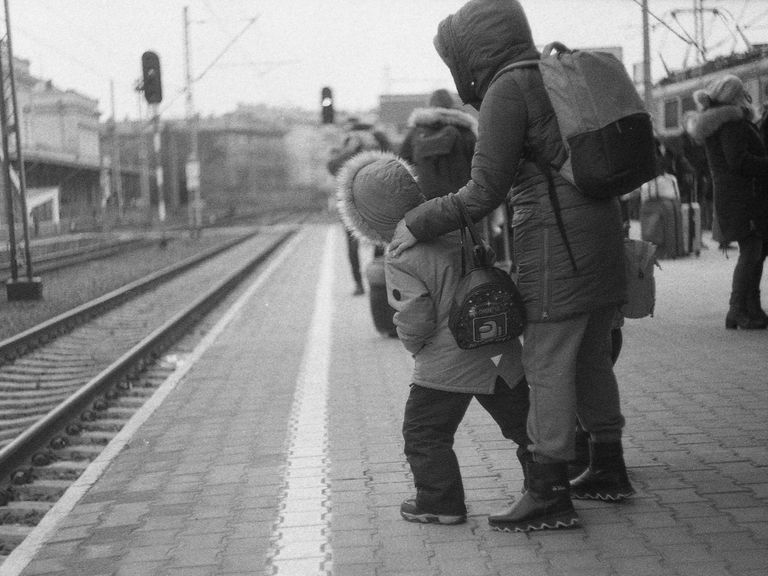 Waiting for the last train