The bear-dance festival of Romania

Every winter, between Christmas and New Years, in the North-eastern regions of Romania, Ursul, the annual Dance of the Bears, takes place. This ritual symbolizes the death and rebirth of time in Romanian culture. Men and women of all ages dress in bear skins and dance to the rhythm of flutes and different percussion instruments to drive away evil spirits and welcome the New Year. This ancient and well preserved tradition is dated back to pre-Christian times when gypsies, who had originally migrated from India, descend from the forests bringing with them bears that would dance to entertain the people.

Although this may seem as a sadistic and cruel act towards these endangered species, it is important to stay culturally relative to Romanian customs and traditions. Bears are revered and seen as mythical creatures in Romania. Romanians believe that the changes in seasons begin and end with the life cycle of these animals. However, in 2016, due to much controversy and protest against the vicious killing of these endangered animals, the Romanian government was forced to step in and ban the hunting of bears. With over 6,000 brown bears now free the people in Romania are left helpless and exposed to more bear attacks. 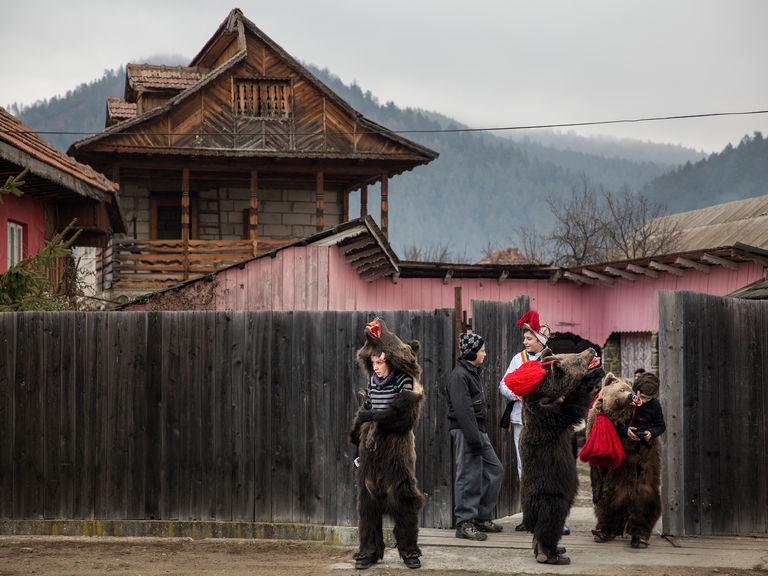 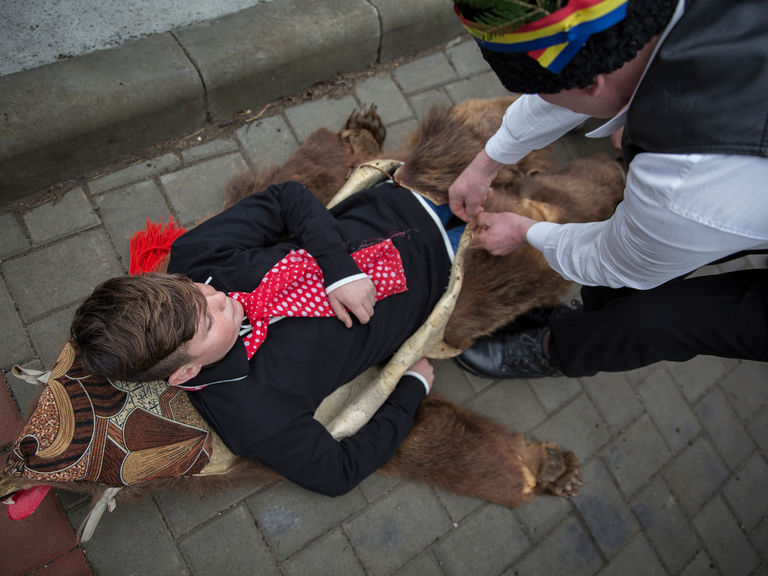 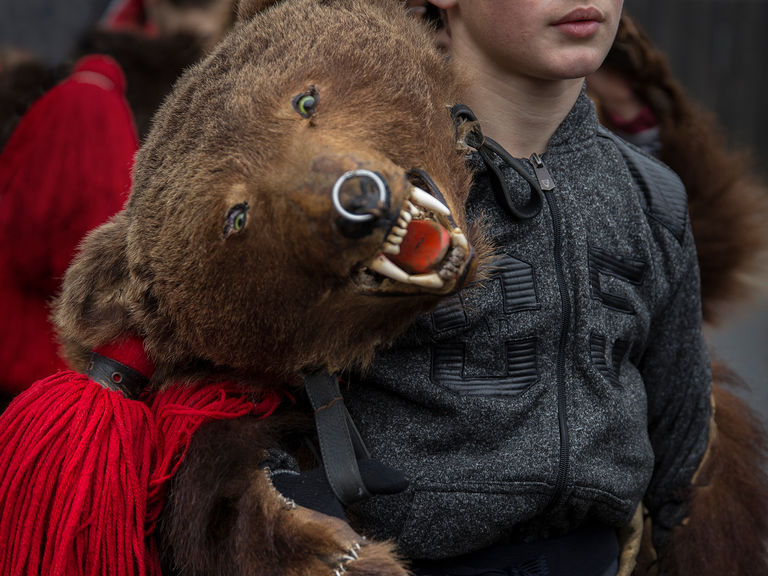 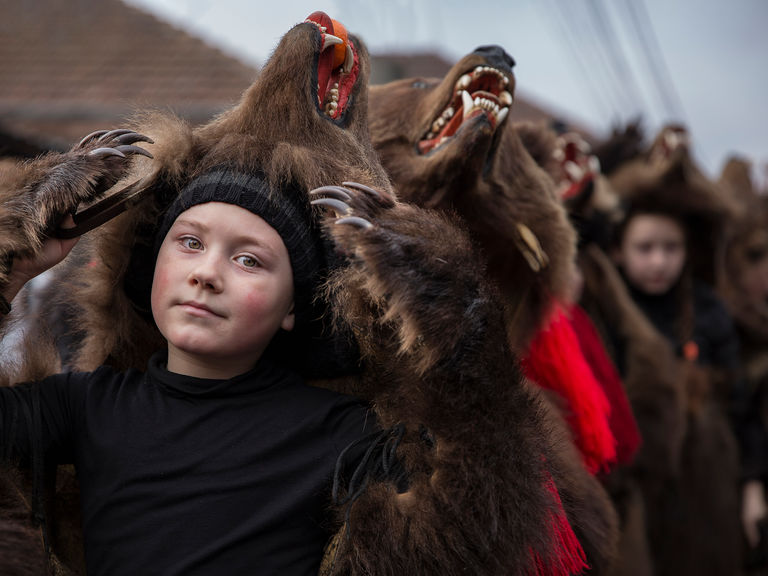 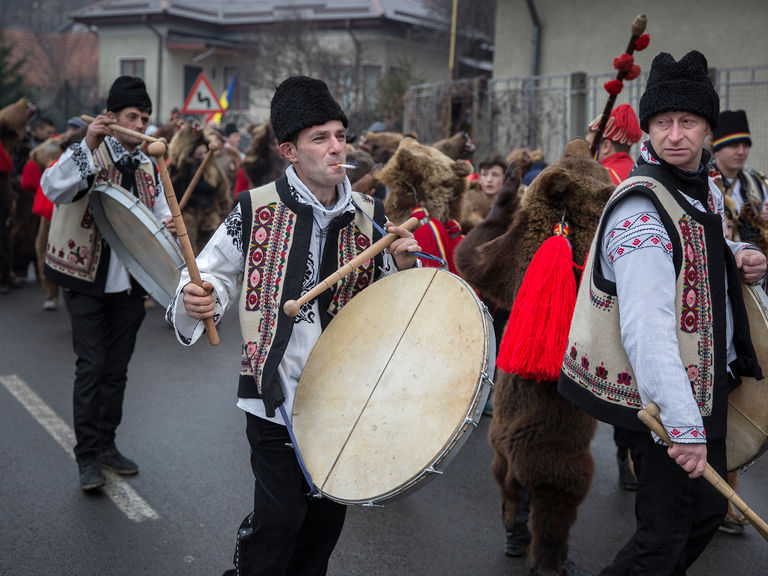 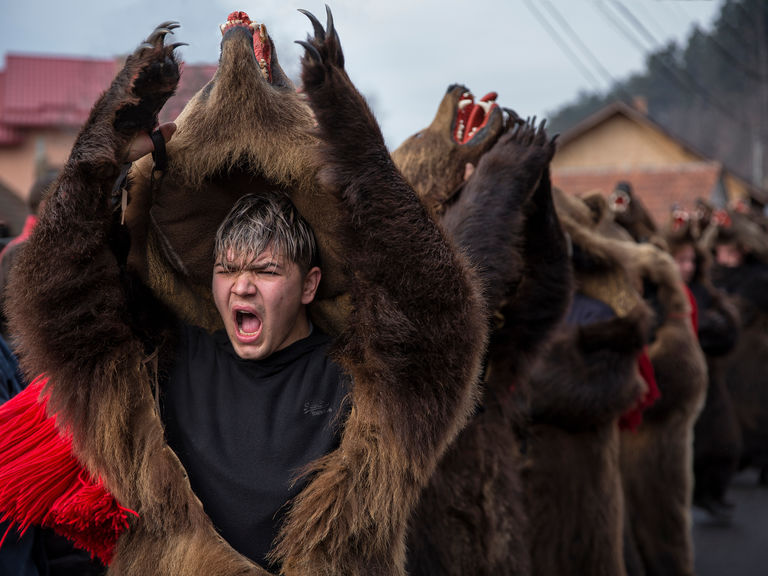 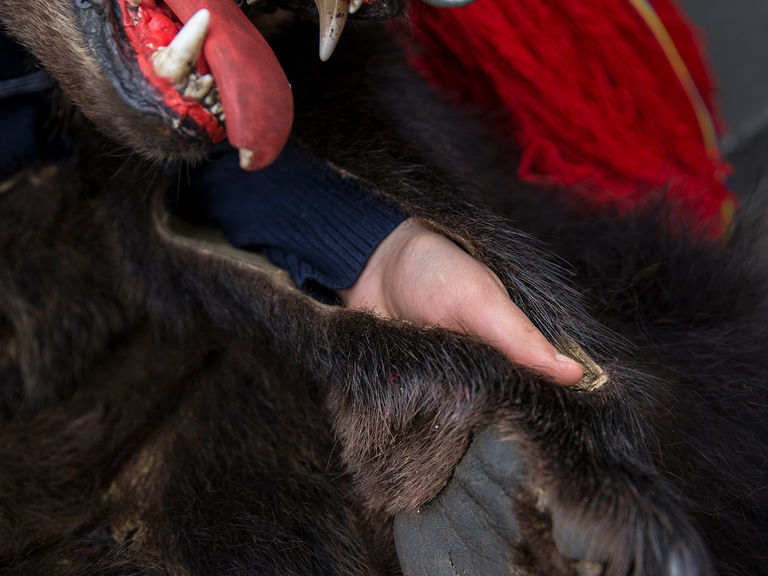 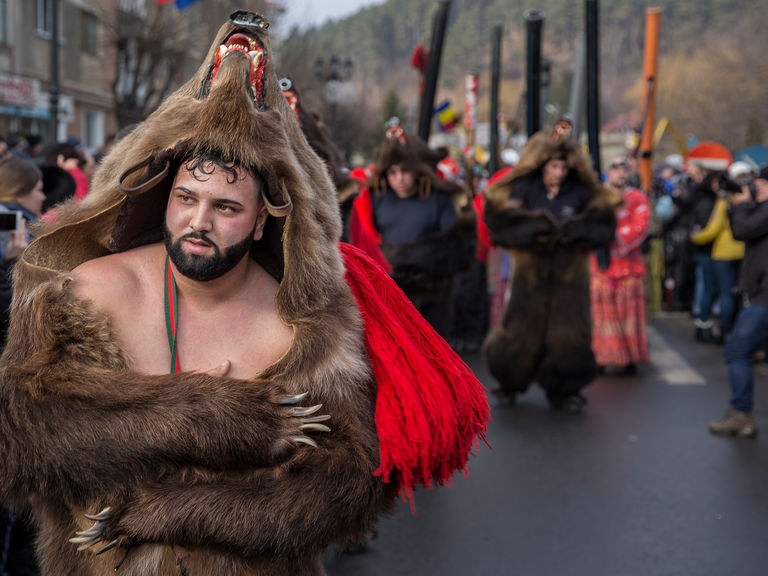 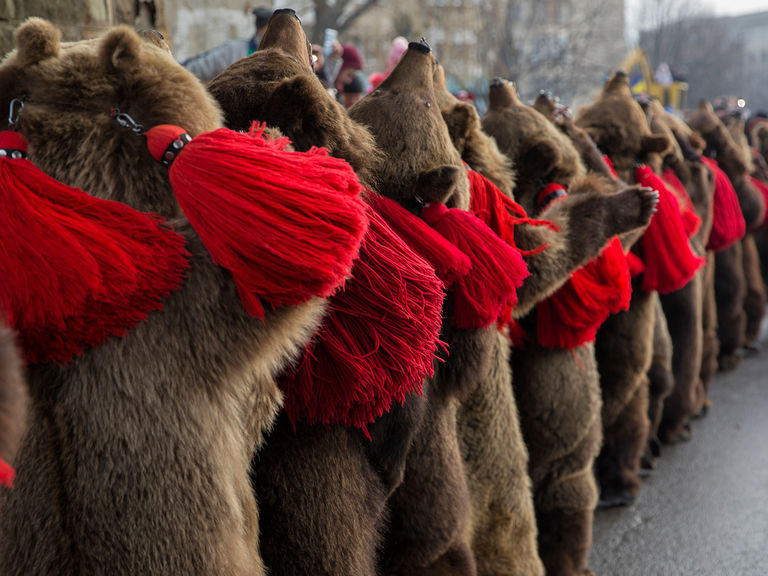 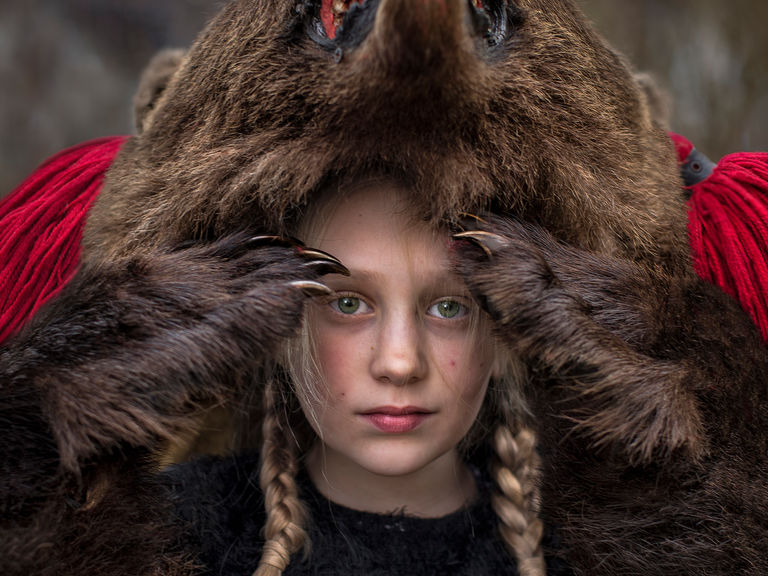