The Erg Chebbi is one of the two sand deserts of Morocco. The large, wind-shaped dune landscapes are located in the province of Errachidia in the south-east of the country near the Algerian border. Far away from civilization, Berber families live isolated in the vastness of this mystical landscape.

Especially the family of Aisha told me impressive details of their lives. I met Aisha for the first time in October 2016. She had been living with her three children and her husband on the square on the edge of the desert for several months. When I visited them again in October 2017, her husband's two brothers and their families also lived with them.

A second spacious Bedouin tent was set up. The tents, which are laid out with heavy carpets, serve as a dining area, but also as a place to sleep. In the mild seasons, the tents are open on both sides allowing a pleasant climate during the day and during the night. In winter and during sandstorms, the tent is closed with side tarpaulins in order to protect the family against the cold and the forces of nature.

For Aisha, life has become easier after the families of her husband's brothers joined them. The daily work can now be divided among several women. Water must be fetched twice a day. The previous year, the well was destroyed by sandstorms, therefore a new well had to be built. The new well is a forty-five-minute walk from the campsite. On the way to the fountain, the grass is also cut for the donkey as well as laundry is washed in front of the well.

While one of the women is on her way to the fountain with the donkey and sometimes accompanied by 1-2 children, the other women can prepare the food. Most of the time, cooking is done outdoors – usually couscous or tajine, but the nutritious dates must not be missed. However, there is also a cooking place in a building built out of clay and straw, which also serves as a storehouse.

The family lives mainly from stock farming. Aisha's family owns a herd of goats and sheep as well as some dromedaries, with which her husband travels during the day in order to seek pastures in the fringes of the desert. Her husband's brothers help build a bivouac camp for another nomadic family.

In the evening, the men return to the campground. Since there is no electricity, the place vanishes in the dark of the night. The family members lay down in the silence of the desert. 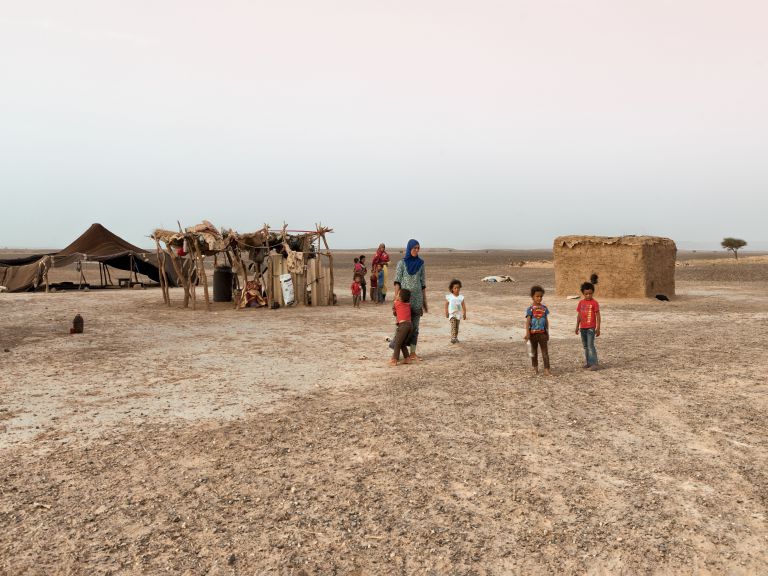 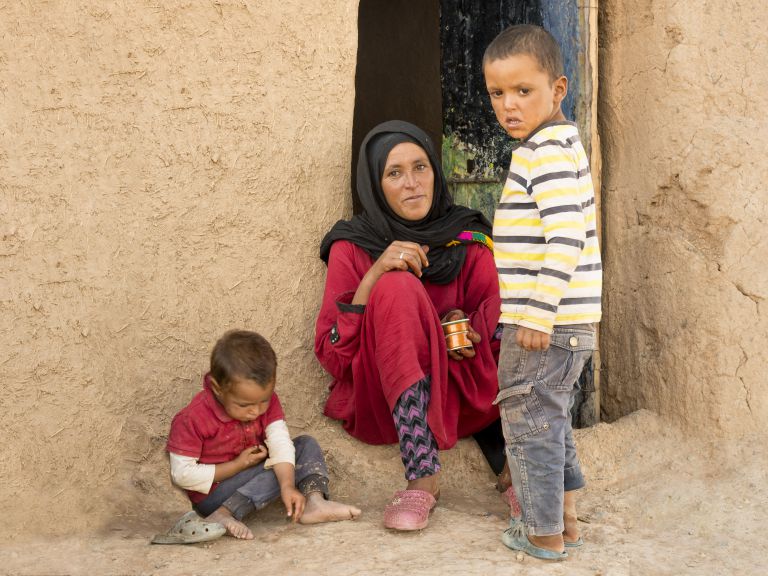 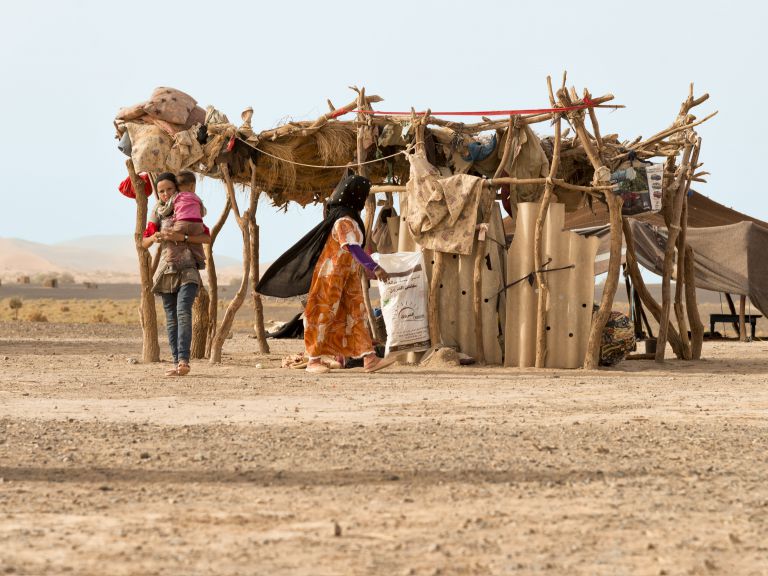 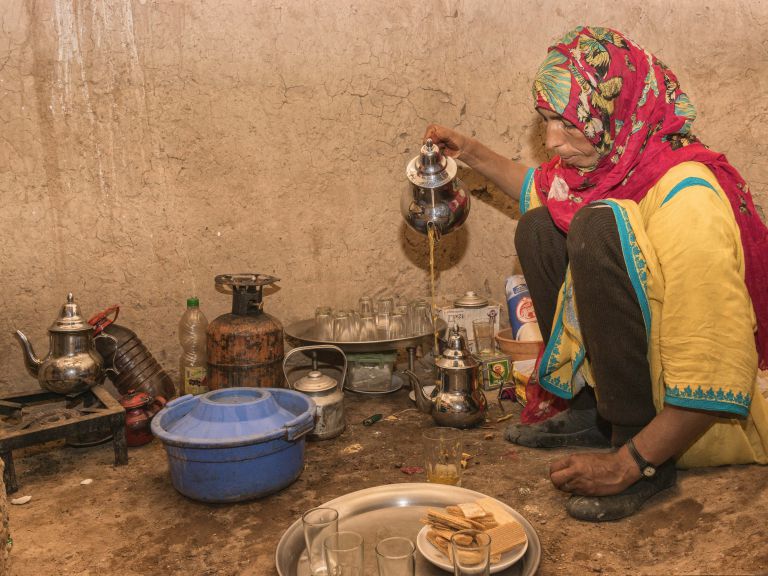 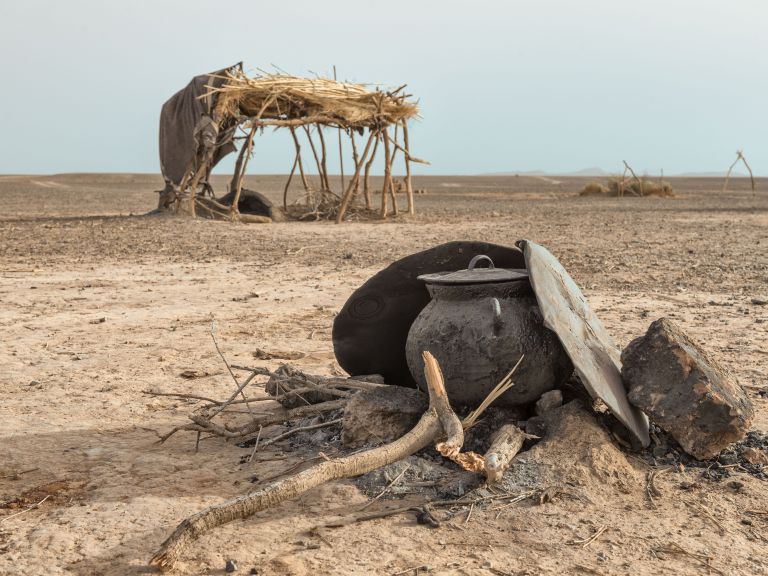 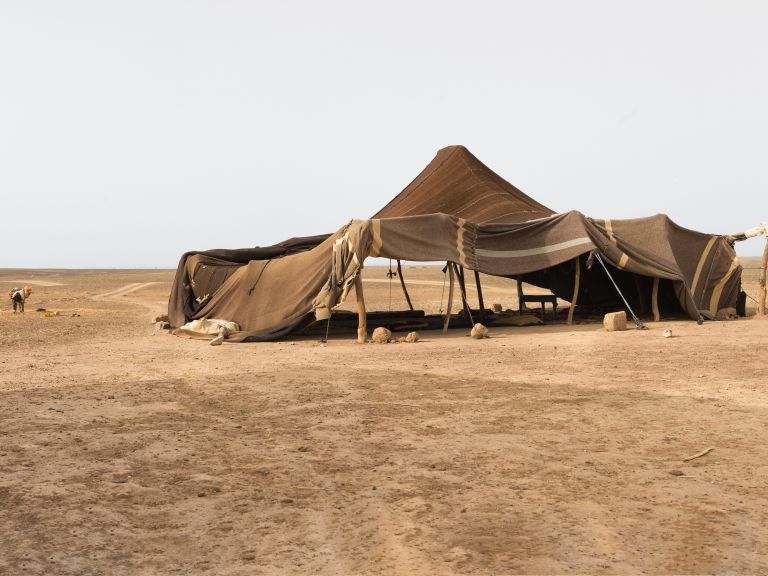 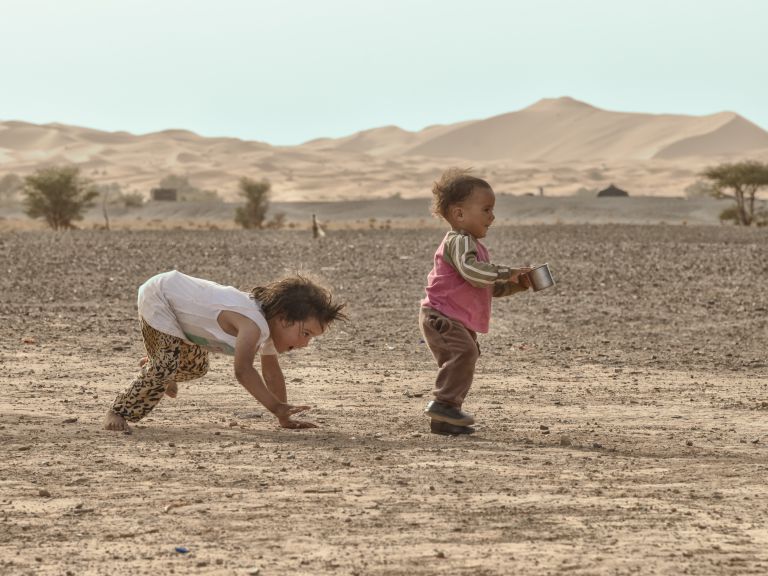 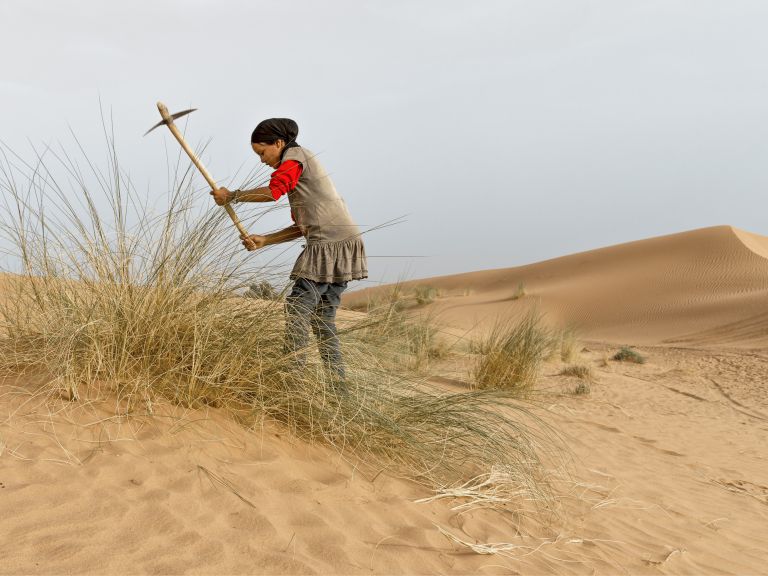 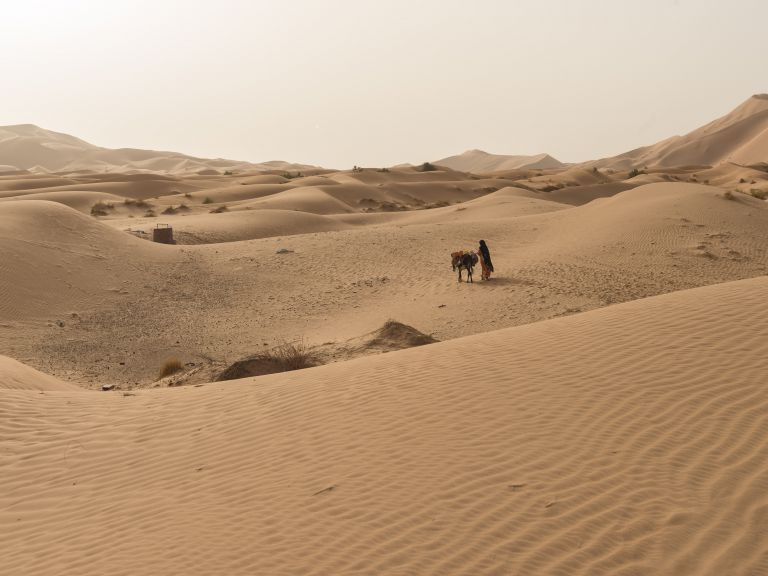 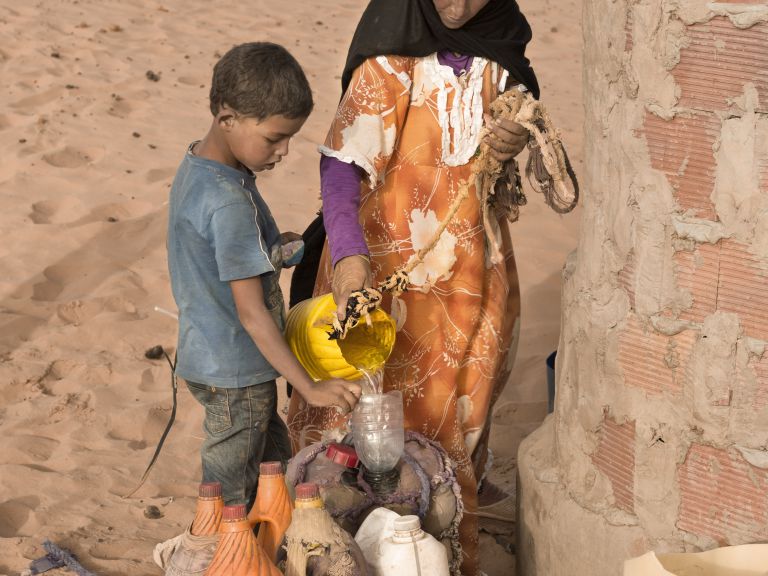 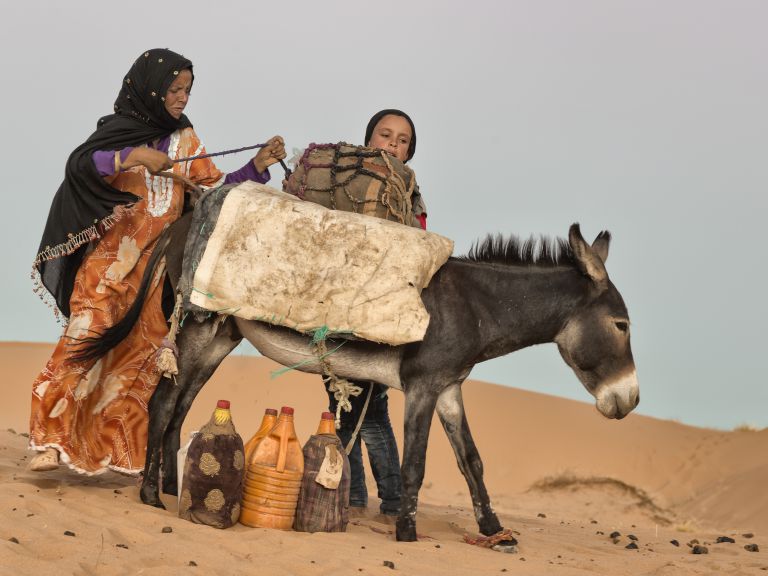 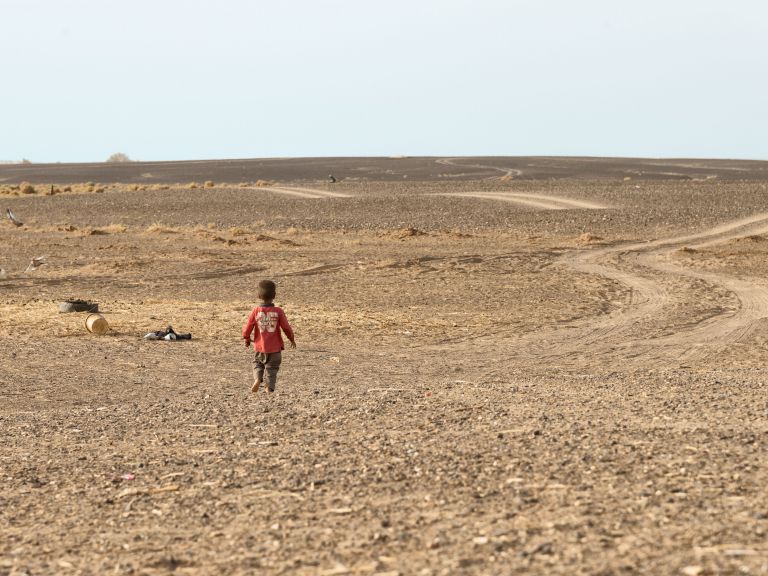