The images shows all aspects from Rocio´s Romería

El ROCÍO
In Spain and, more specifically in Andalusia, Marian devotion materializes in the form of Romerías; the most famous and multitudinous of them is the one that is celebrated in Ayamonte (Huelva) in honor of the Virgen del Rocío. The pilgrimage takes place on Pentecost Monday, previously the different brotherhoods from all corners of Spain move to the village of Rocío dressed in their typical costumes, the wagons to sleep and eat and the Simpecado where an image of the Virgin is carried .
The first step is by the river Quema where they pray and, those pilgrims who make their way for the first time, are baptized by the oldest rosemary of their brotherhood. Then they move to the town of Villamanrique to pay tribute to the brotherhood of the people, the oldest of all.
Then there is the Royal Stripe, the Ajolí bridge and the arrival, finally, to the village where the brotherhood is presented before the Virgin. On Monday morning, the grid break and the procession of the image take place. 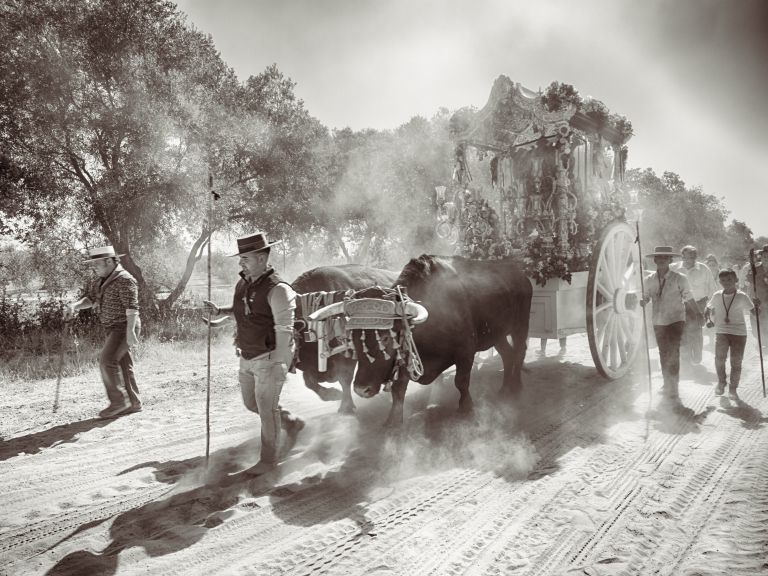 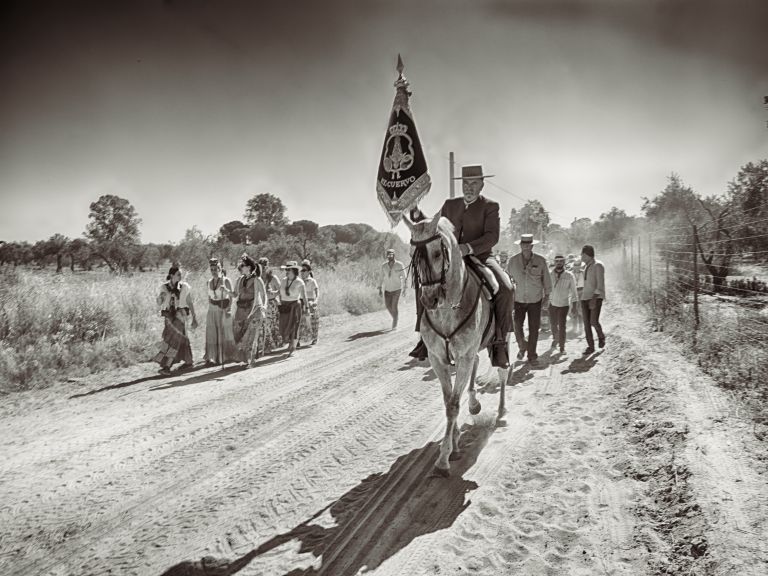 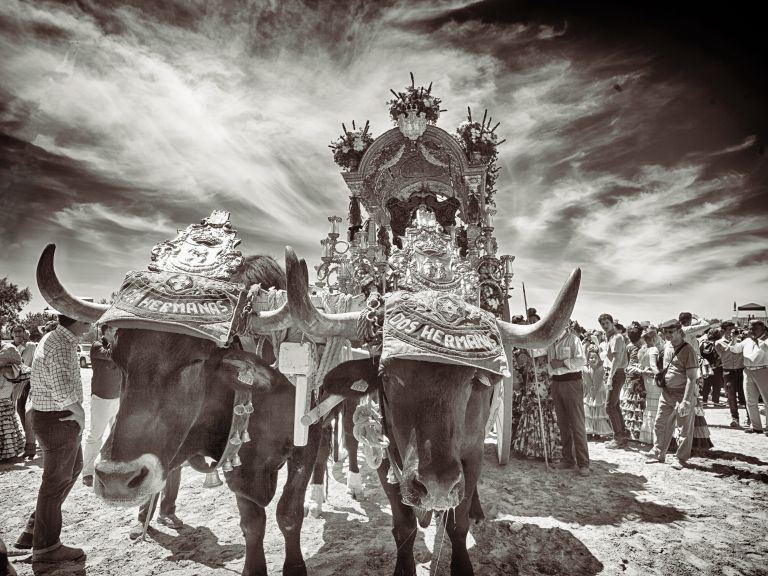 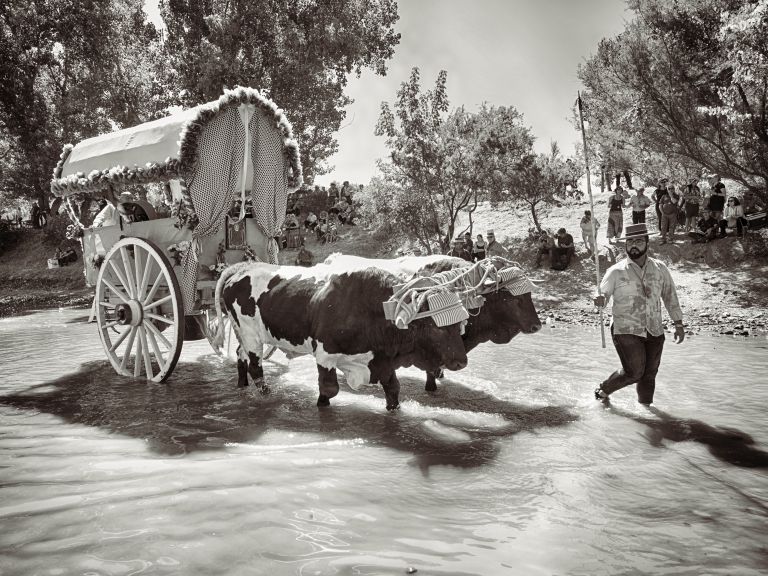 In the Quema River 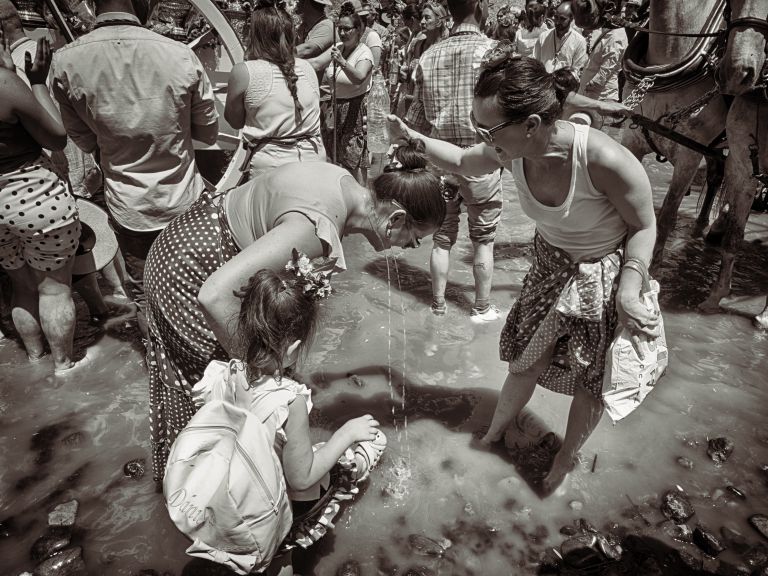 Christening in the Quema River 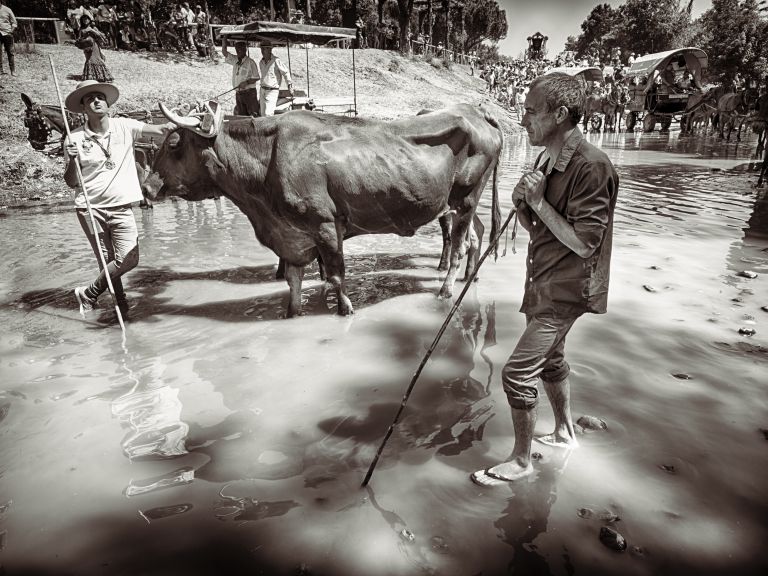 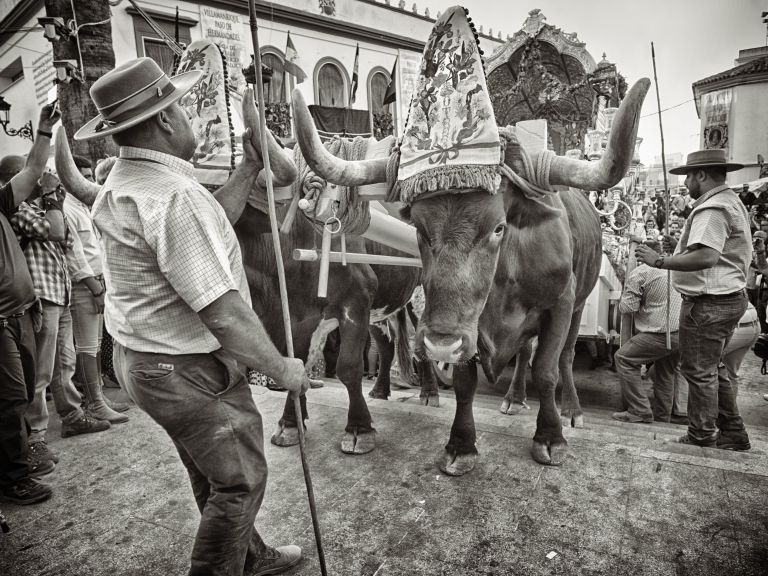 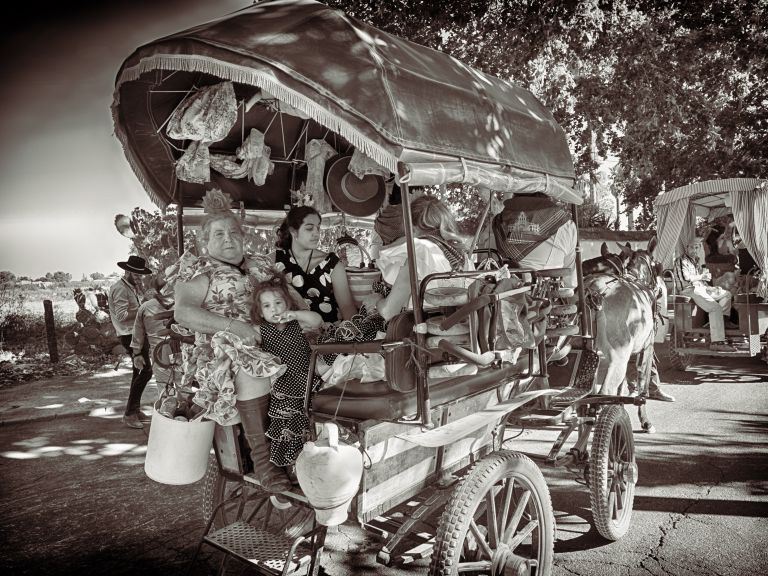 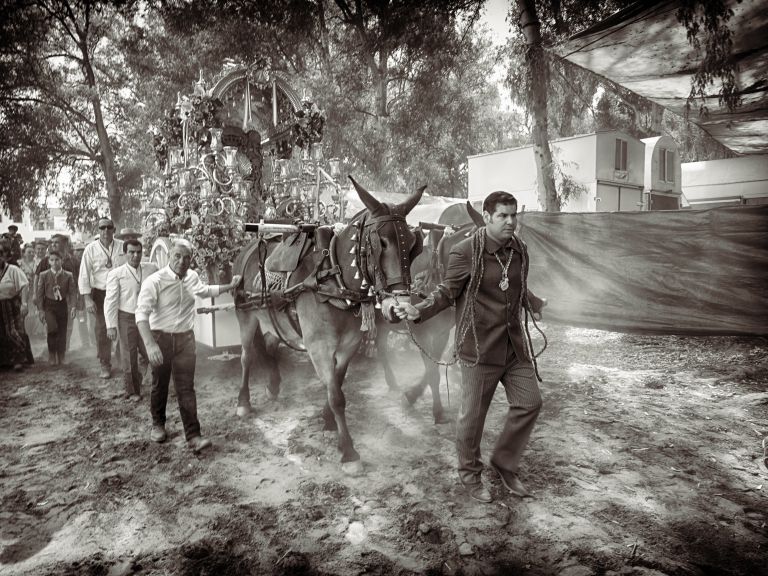 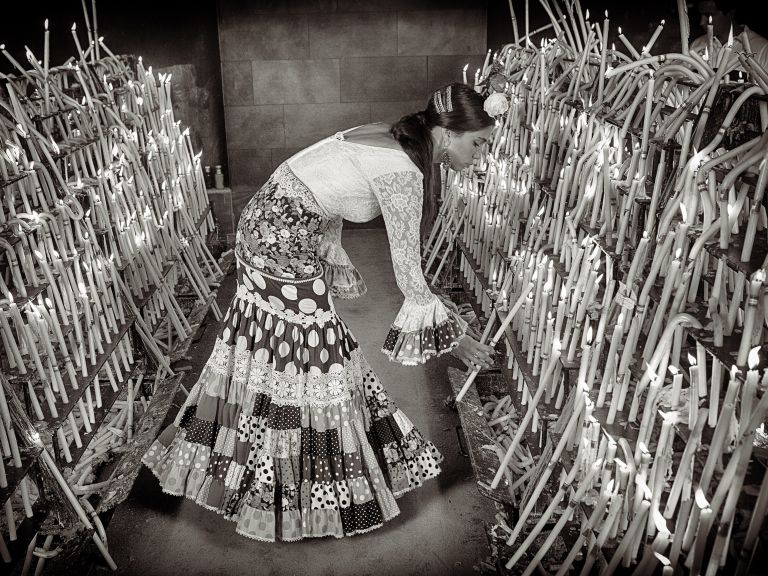 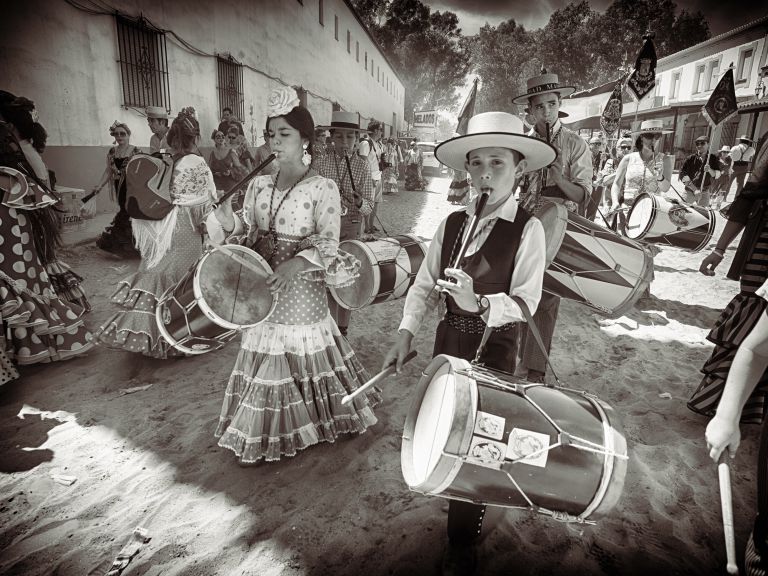 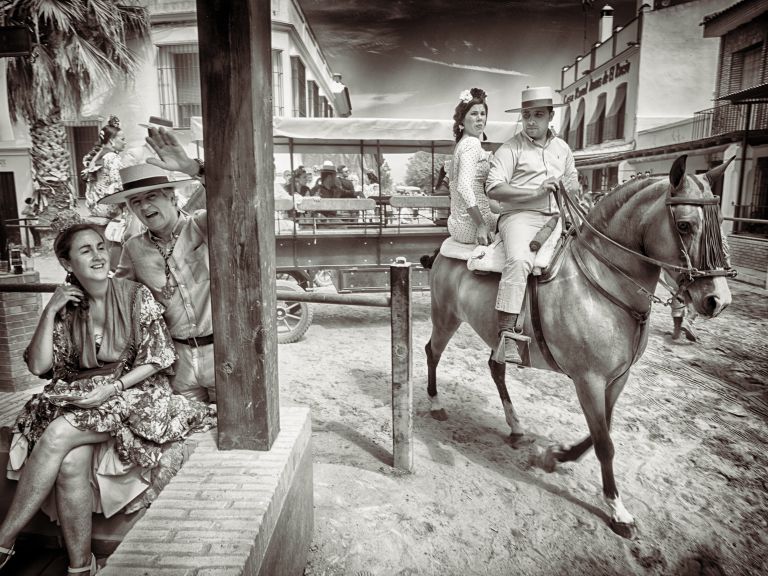