One night at a fighting arena in Bangkok. A mix of violence, adrenaline and ceremonial moves ending up with a man hitting the mat. Young men celebrating a Thai tradition fight till one drops in a mix of elegant moves and hard blows in a hypnotic environment.

Muay Thai is the traditional Thai martial art. In a modern fighting arena, hundreds of people gather to assist to a mix of fight and ceremonial moves. All the kick-boxers are young but determined. No impressive physiques, no bulging muscles are to be seen in the ring. What seems to be regular and average athletes, sometimes looking too skinny to be able to overcome their opponents, turn out to be a bundle of energy, technique and pugnacity. After the first few minutes used to scan each other, the fighters engage in a cruel and merciless duel. The intensity of the kicks, elbow and knee blows increases in a fast crescendo until on of the two opponents hits the mat. All around them, lulled by the hypnotic sound of a traditional flute, the crowd cheers, screams and bets on the winner, overwhelmed by the atmosphere full of adrenaline. 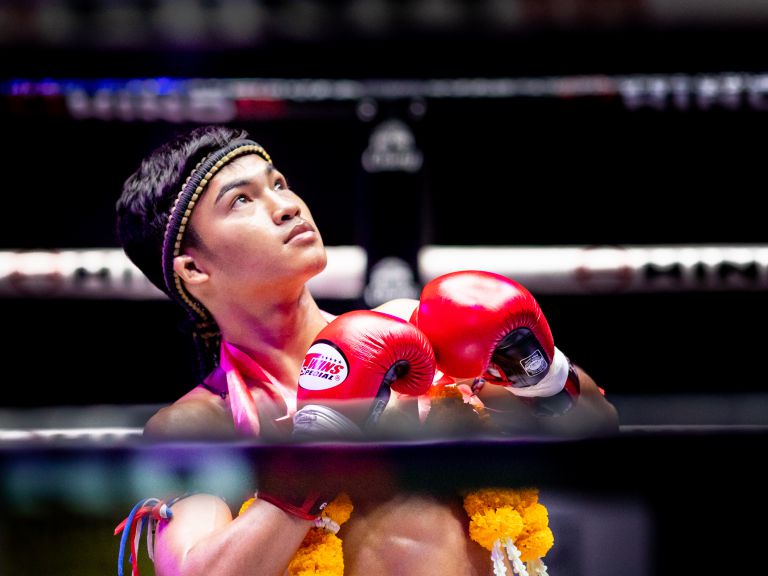 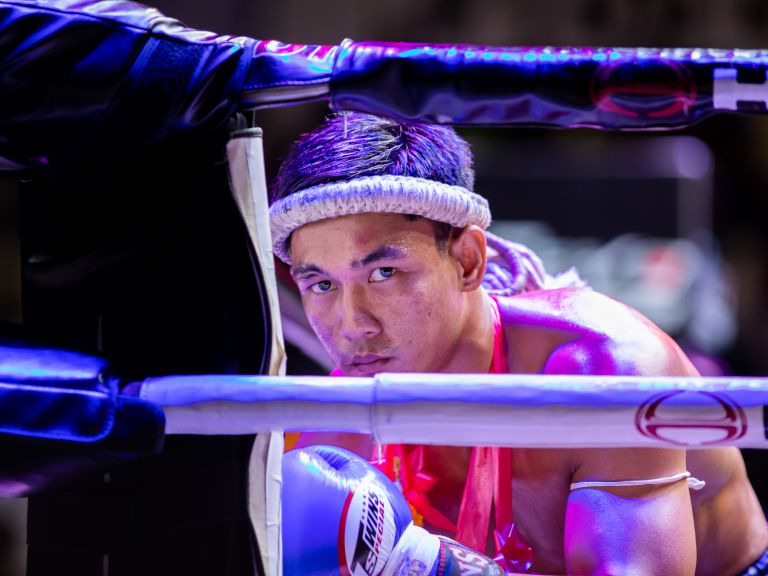 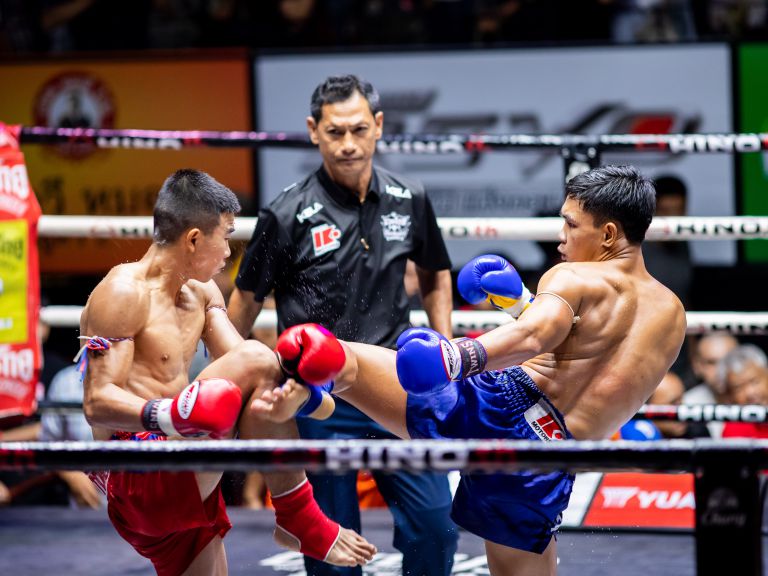 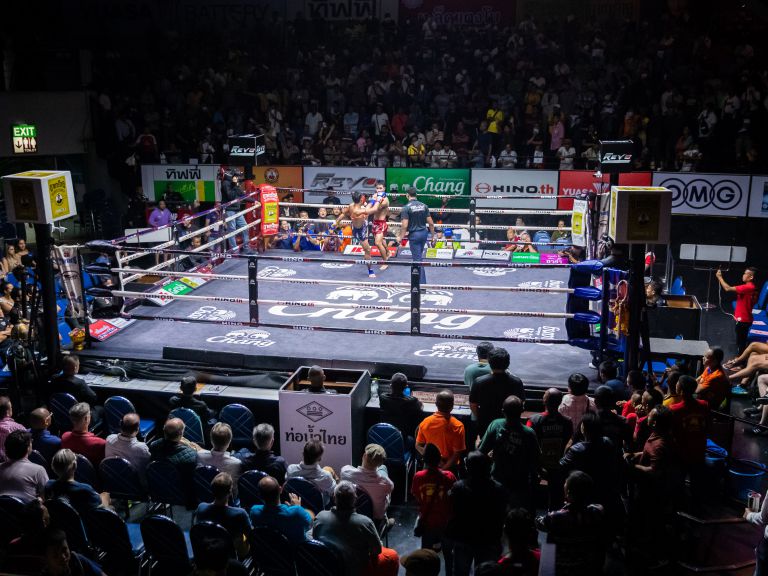 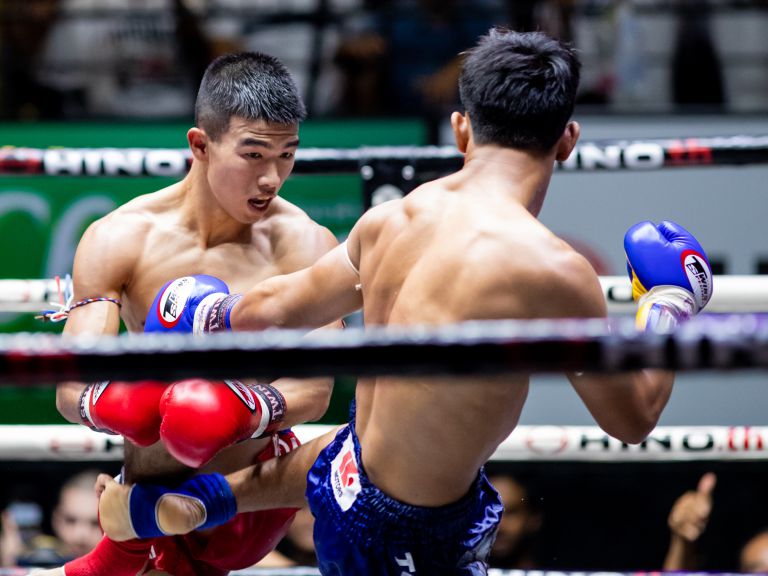 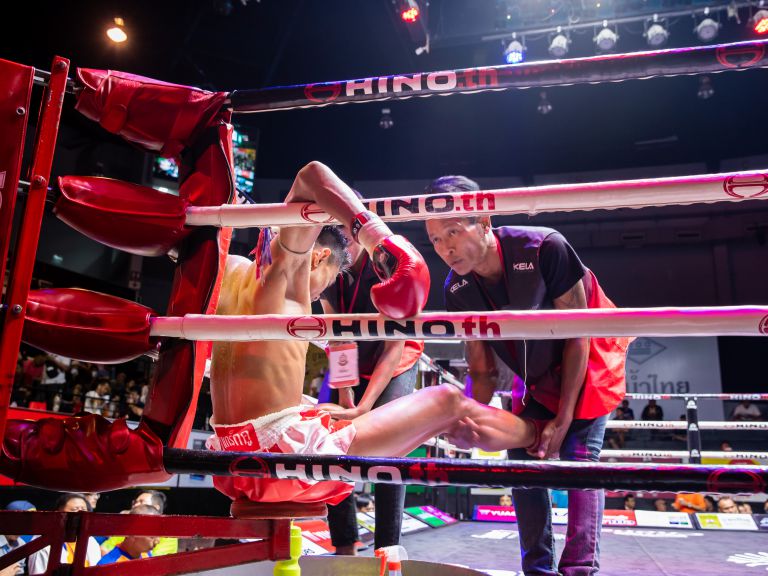 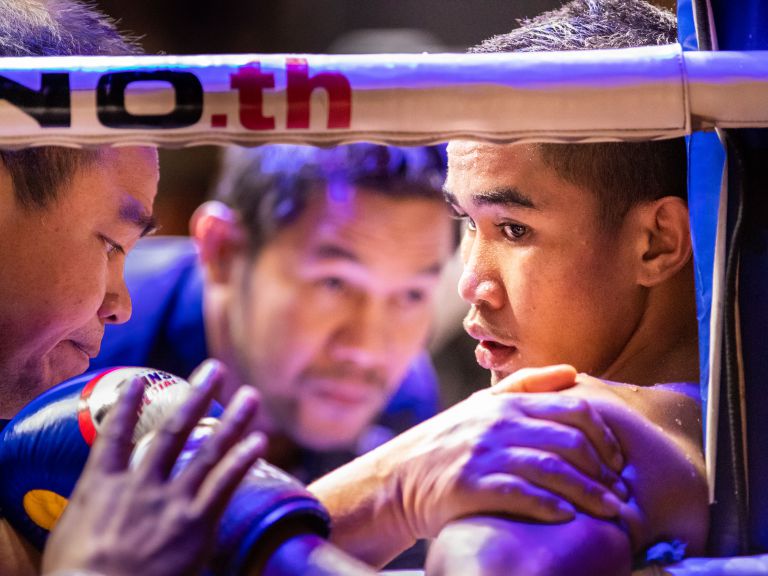 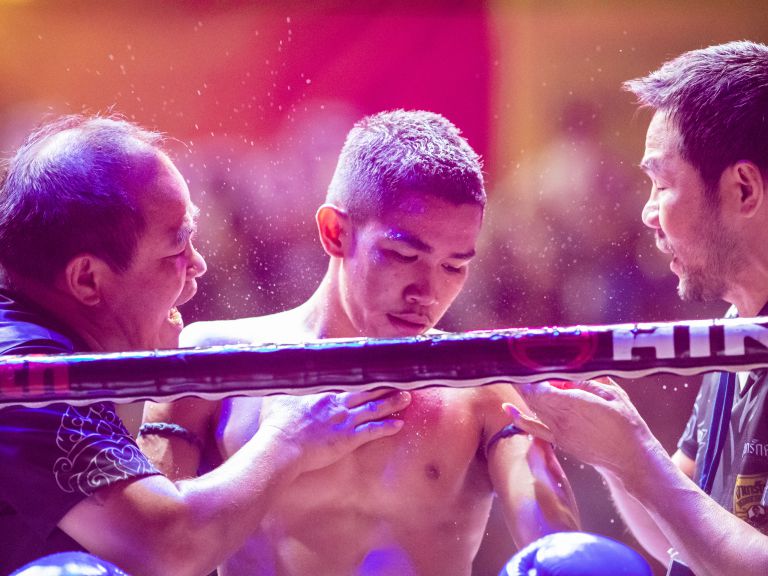 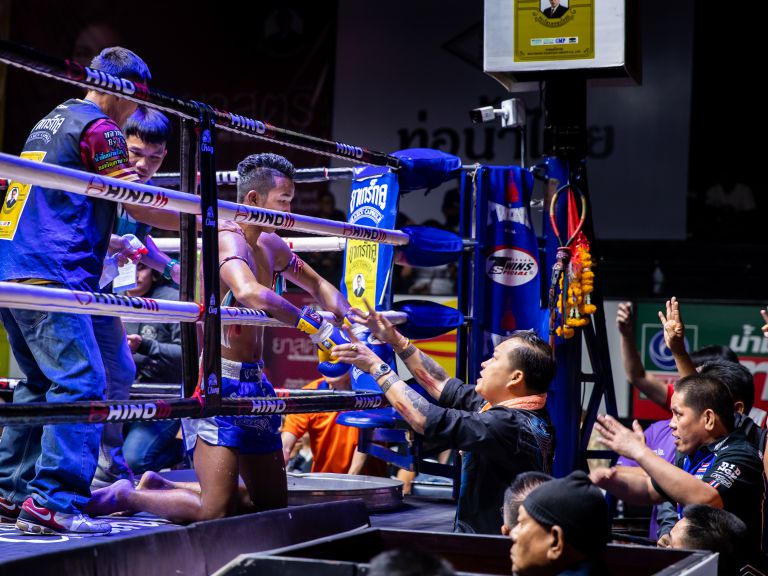 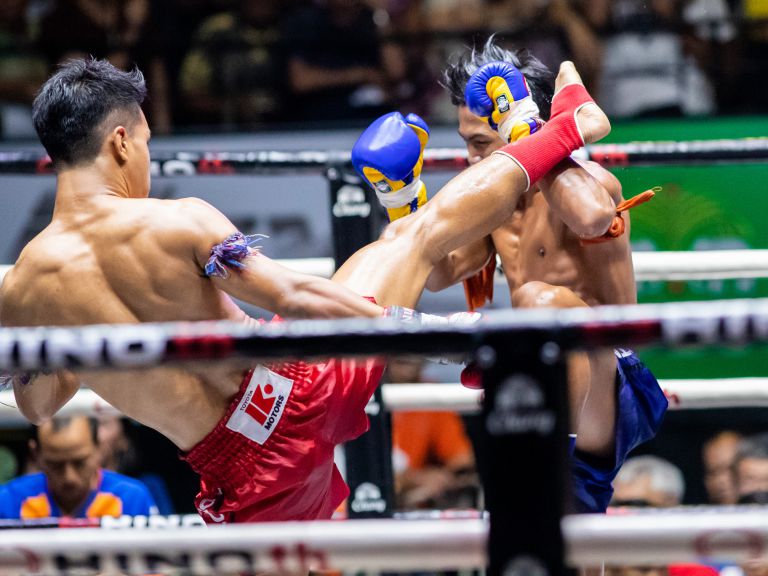 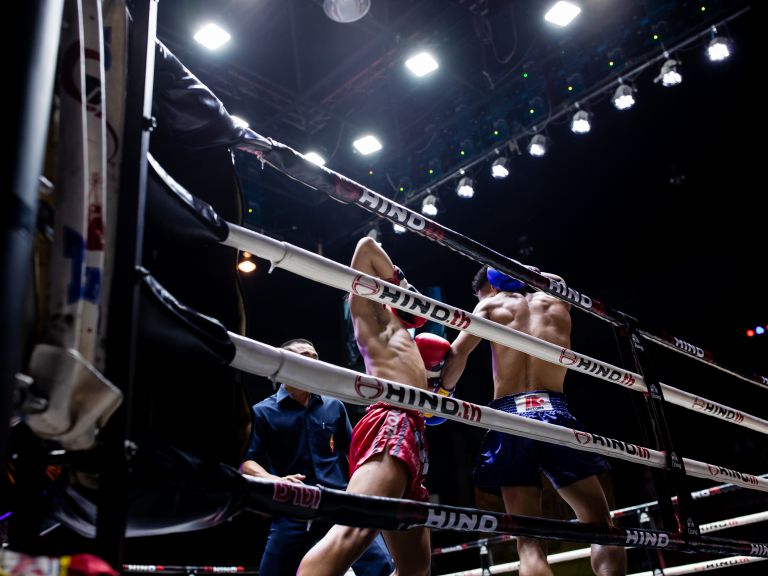 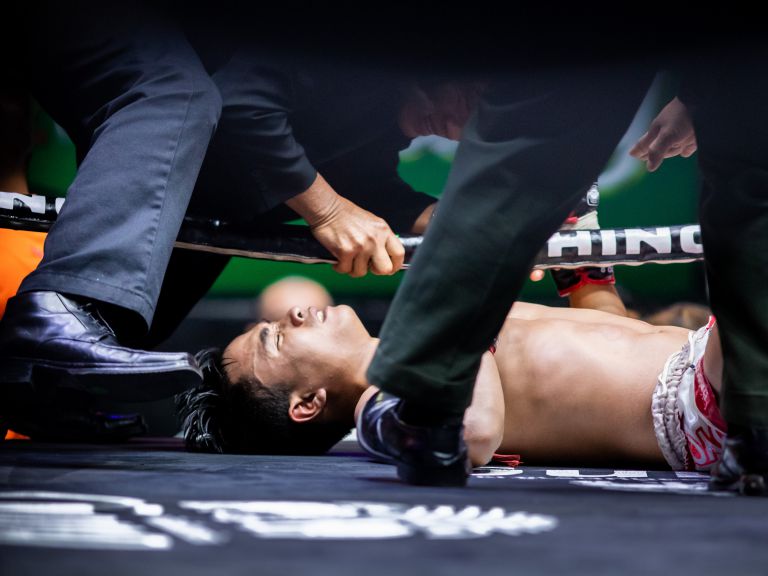