The origins of Buzkashi are shrouded in history, but most appear to agree that it is primarily an Afghan game, but is played by all the tribes of the Himalayas – this game was played by Tajik tribesmen. For the Tajiks, Buzkashi is something to be played as an integral part of a village celebration, in this case a village wedding.

Buzkashi is somewhat similar to a game of rugby, but played on horseback. It is played on an enormous, not very well defined field (the ‘pitch'). The rules are obtuse and vague to the casual observer, but basically involve riders on horseback getting the carcass of a freshly-slaughtered ram, minus its head! (the ‘ball’), into a pit (the 'goal') at one or the other ends of the 'pitch'.

The game is rough as other riders attempt to hem-in the rider who actually has the 'ball' and prevent him moving, and then attempt to tug and steal the 'ball' from him. If a rider can break-away with the ‘ball’, he then gallops furiously toward a 'goal' to deposit the 'ball'. The rider who accomplishes this gets a prize from the sponsors of the game -- in this case, the families of the bride and groom. 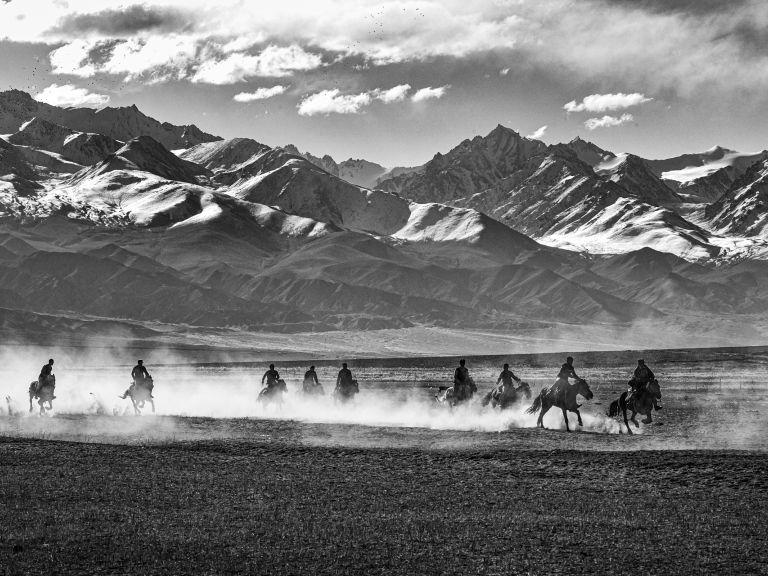 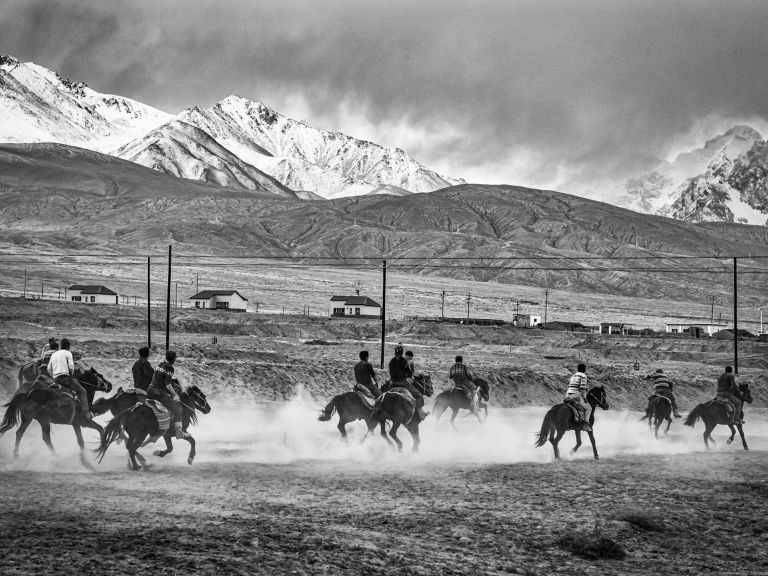 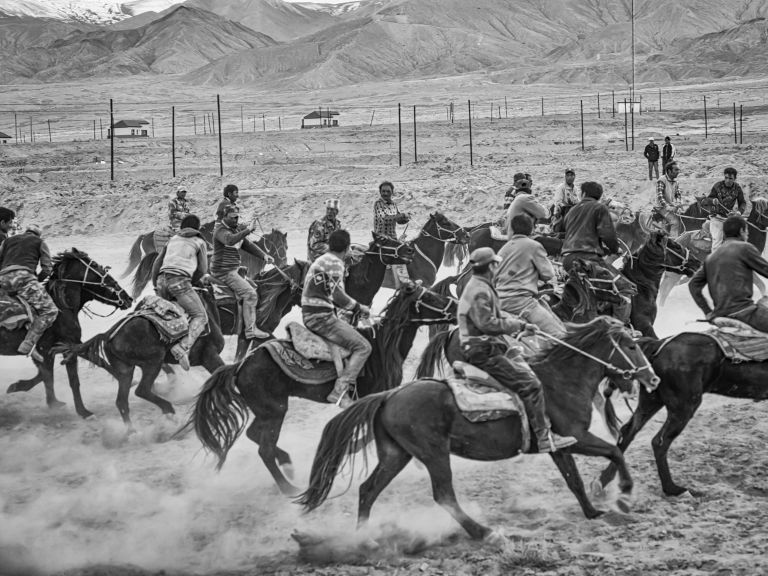 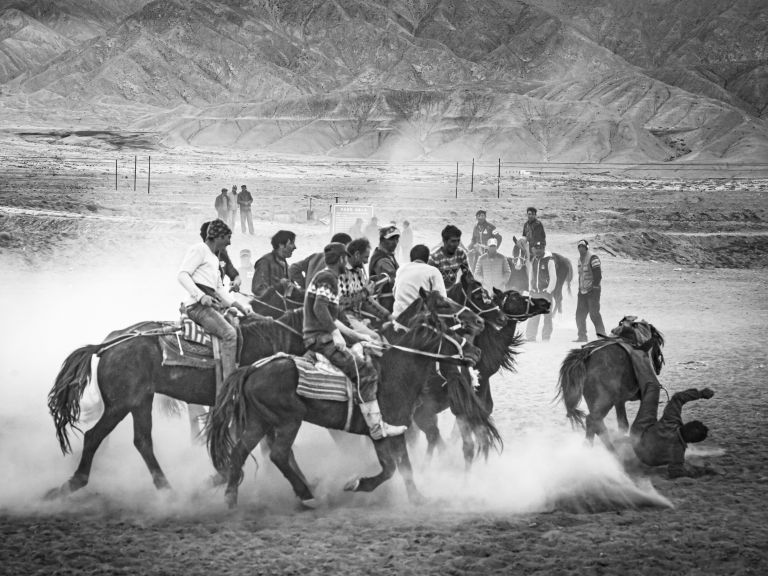 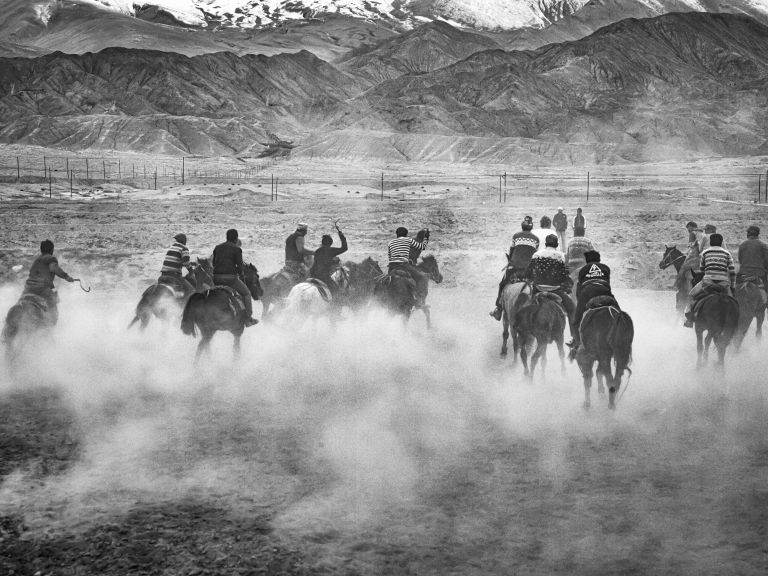 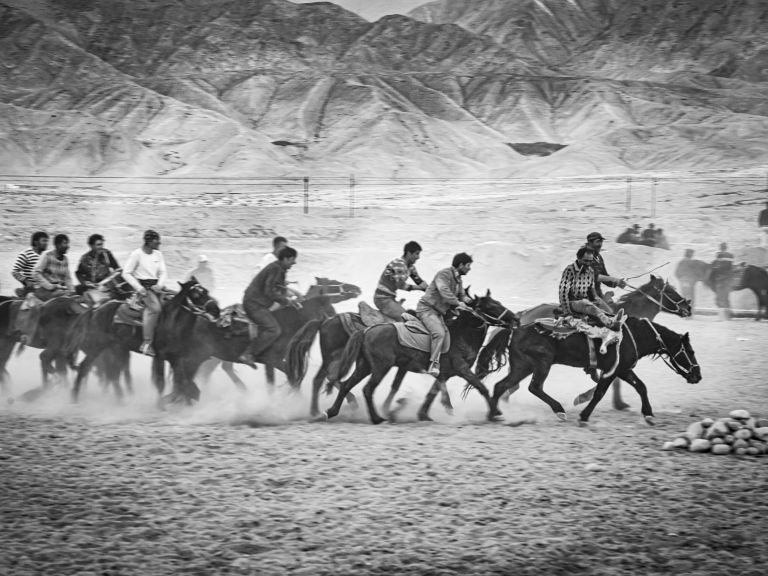 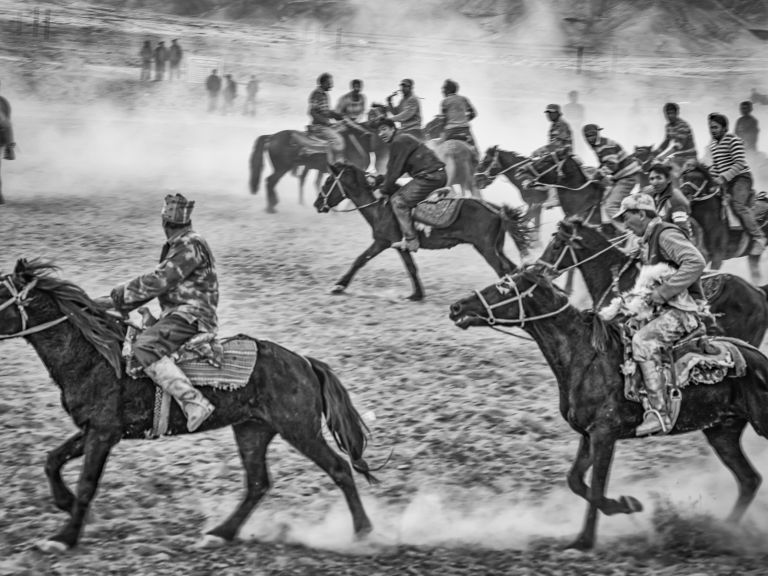 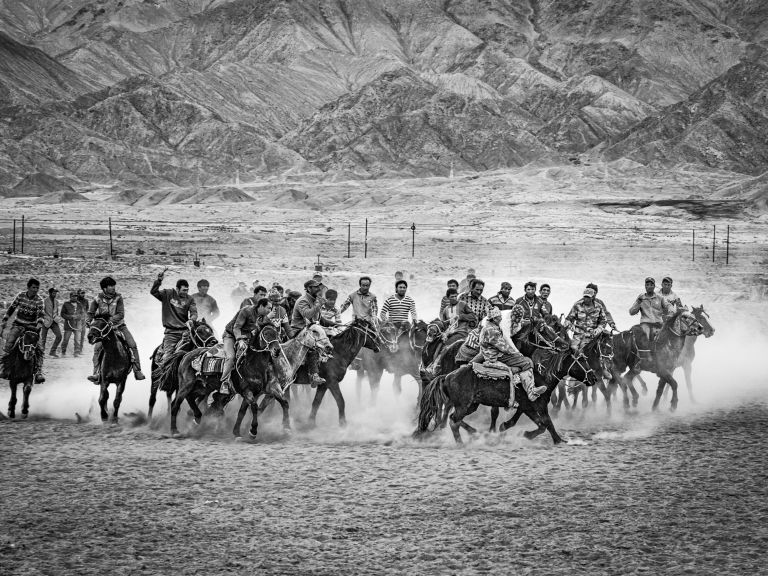 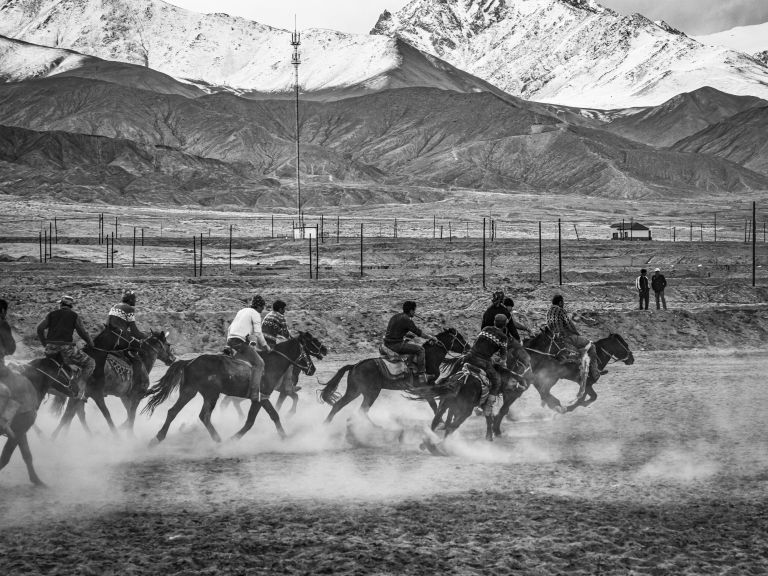 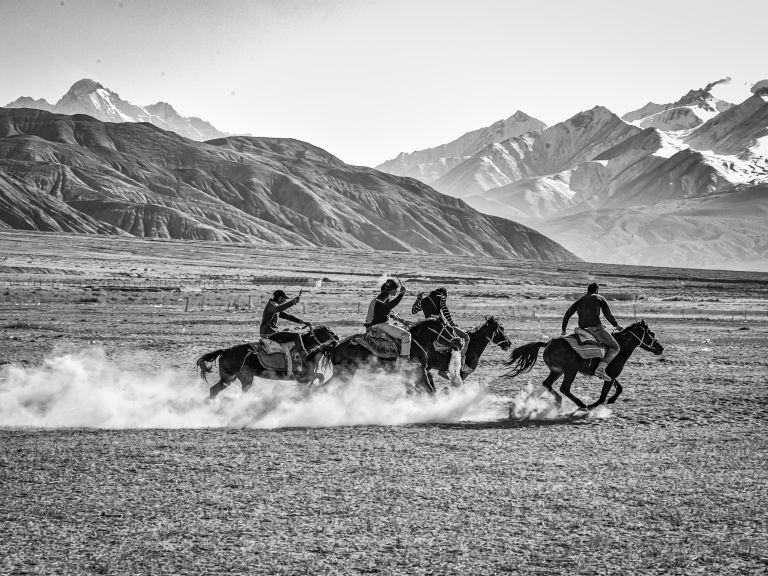 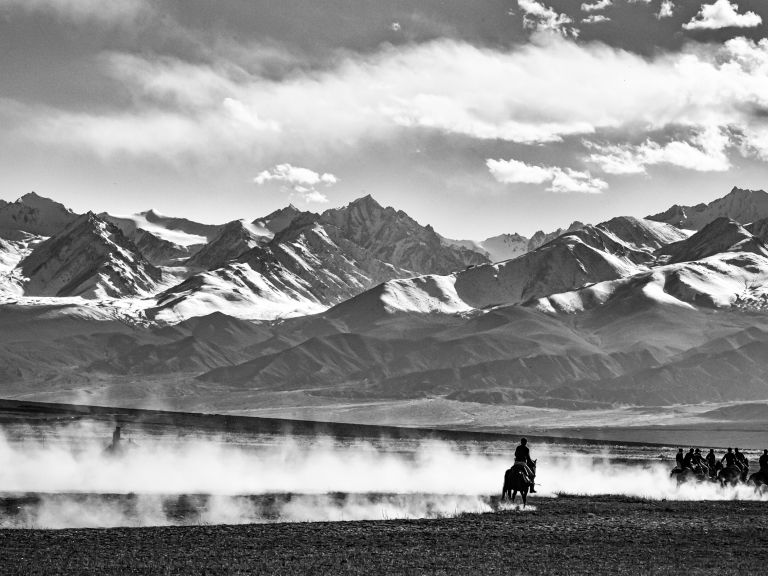