The scourge of opium in the border villages between India and Burma where in this remote area forgotten by both governments, without any checks and prevention by the authorities, the consumption of opium has spread so rapidly as to make one-third of men slave of opium, creating a hard vacuum in the fabric of the society. While women go to the fields to work, barefoot, in all weather conditions, men gather in a hut to smoke opium all day long. The children are left in the same house and play while adults are smoking, the acrid smell and fumes spread all over in the hut. The situation is now dramatic and critical, but is not well known. But what will happen In a few years? Without any intervention, entire villages will be inhabited by men and boys who are completely addicted to opium.

Opium is one of the oldest drugs in the world, used by man since the dawn of time. Traces have been found in archeological digs dating back 20.000 years, to the days of Cro-Magnon man. The Sumerians, more than 5.000 years ago, used it freely, and introduced it to successive and bordering civilizations, such as the Assyrians, the Babylonians, and the Egyptians. Its use, above all as a sedative and an analgesic, subsequently spread throughout the world.

Opium is obtained by making an incision in the mature seed capsule of the Papaver Somniferum, a plant that grows wild in Asia and Europe, and collecting the milky substance that drips out, rich in various alkaloids, including morphine.

The recreational use of the drug in Asia reached its height at the end of the eighteen hundreds, above all in China, where there were over ten million opium smokers, assuring an enormous profit to the English East India Company, who monopolized the opium trade, and thus gave rise to the Opium War.

Burma, before the arrival of Europeans in Afghanistan, was the greatest producer of opium, which they exported in great quantities together with heroin throughout Asia. With the political changes that have been taking place in these last years, resulting in the recovery of trade with the rest of the world, Myanmar has begun again to produce and export great quantities of the substance. Inevitably, this relaunch has had the effect of increasing consumption, above all in the poorest areas and the most isolated villages, a consumption which is doubling almost every year.

If on one hand opium is the only source of income for poor peasants, on the other, opium and heroin addiction is causing irreparable damage within the Burmese social fabric and that of neighbouring countries, such as the region of Nagaland in India. All this has enriched only the international drug cartels.

One of these areas, among the worst affected in absolute, is the district of Mon, on the border between India and Burma where, in the village of Longwa, one of the houses is actually divided between the two states, half in each.

Visiting these isolated places it is impossible to find a proper border, far less the presence of military or road blocks. This remote area, difficult to reach, with almost impassable dirt roads, seems to have been completely forgotten by both nations. For this reason the district of Mon has been chosen for traffickers as the point of entry for drugs into India. The couriers arrive from Burma on foot, along paths that wind over the mountains and pass through the dense vegetation of the tropical forest, at the mercy of monsoons, insects and wild animals. With no prevention or control over the territory, the consumption of opium has spread so rapidly that many men and boys have become slaves to the drug. In some areas a third of the men are addicted and slaves to opium, they do no work, and squander the family’s patrimony on the substance.
While the women go into the fields to work, labouring all day in whatever climatic conditions, the men gather in a hut to smoke opium and lose themselves in the ‘apathetic high’ that this drug produces.

The opium den is one of the poorest houses in the village, with no floor, bamboo walls and a roof of palm or banana leaves. Grouped around the fire, they scrupulously perform the ritual of preparation. First the the substance is boiled, then the resulting liquid mixed with a tobacco made from the dried leaves of a plant that grows in the surrounding forest. Lastly, filling wooden pipes they carve themselves, called “bong”, they begin to smoke with the first light of day. In a short time they pass from euphoria to a state of calm, and gradually fade away, becoming more and more silent, and as the day passes, almost immobile.
Eyes half open, a dazed smile on their face, slow movements: these are the first signs of the effect of ‘Kani’, the local dialect term for opium.

A sense of lightness overcomes them, of isolation from reality, a psychological flight from the world and the poverty that surrounds them. Sounds become muffled, minutes pass slowly, they feel happy, in peace with others and with themselves. Since opium is a powerful analgesic, all physical pain disappears; anxiety, and everyday fears and worries are alleviated. They flee far away from the reality of their condition, a life of extreme poverty. The awakening from this state of altered consciousness is accompanied by great confusion and bewilderment. Between one dose and the next they live in a state of great depression. Drug addiction leads to intoxication and a continual increase in dosage can lead to death.
In order to sweeten the bitter taste of the opium, and to rehydrate themselves, (one of the first side effects of this drug is dehydration) the men accompany almost inhalation with a sip of the tea that the women labour every day in the fields to cultivate, far from their homes and families.

Tea is one of the oldest and most widely consumed beverages in the world, second only to water. Its story began 5.000 years ago. India is the second largest producer after China. Tea plantations are the principal agricultural product of the area after rice, and also the main source of work for almost all the women of the surrounding villages. The women wake at dawn in order to spend the whole day barefoot in the fields, and for a day’s work are paid only a dollar and a half. They provide the sole economic support of the families in these villages. The men, by now addicted to opium, have stopped working, hunting and providing food.

The children are left in the house which is being used as an opium den, under the eye of sisters little older than themselves or in some fortunate cases, in the care of a grandmother who is no longer able to work in the fields. While the adults smoke, the acid smell of opium and its acrid fumes spread all through the hut, even where the children are playing.

Forgotten by both states, India and Myanmar, with no support, checks or preventative measures, one-third of the men of these villages have become addicted and slaves to opium. The adults stop working and the young quickly abandon school as soon as they first experience the drug, entering into a tunnel that will abruptly destroy their dreams and their adolescence.
The situation is really dramatic and critical, even though it is almost unknown outside the area. But what will happen in a few years from now? Without some form of concrete intervention, in a short time whole villages will be inhabited solely by men and boys completely addicted to opium, generations of ‘zombies’ who will leave their families to sink into desperation, and their region into absolute poverty. 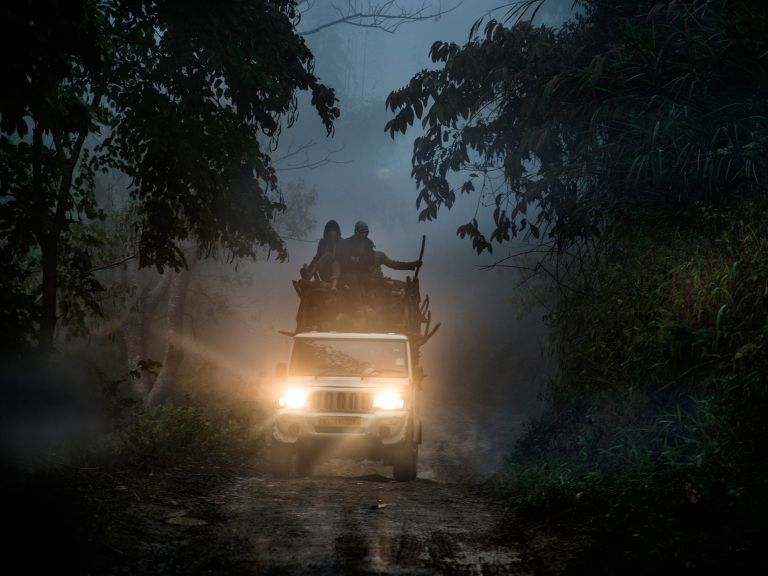 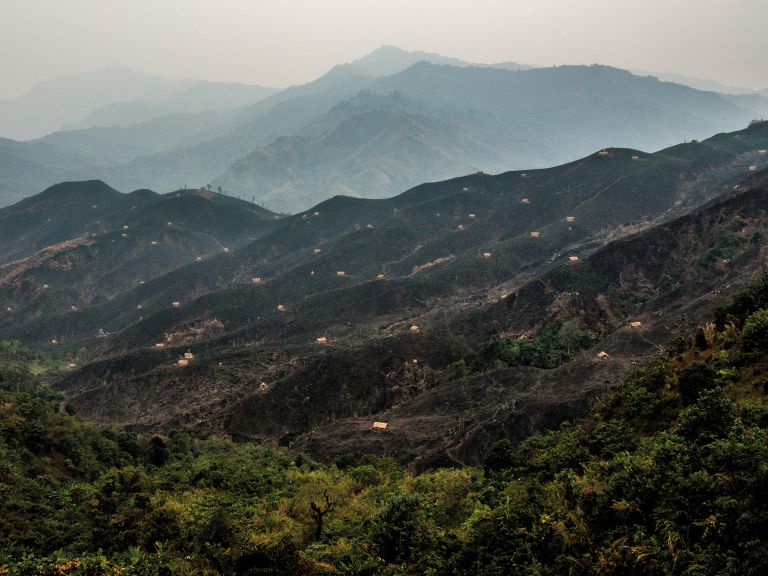 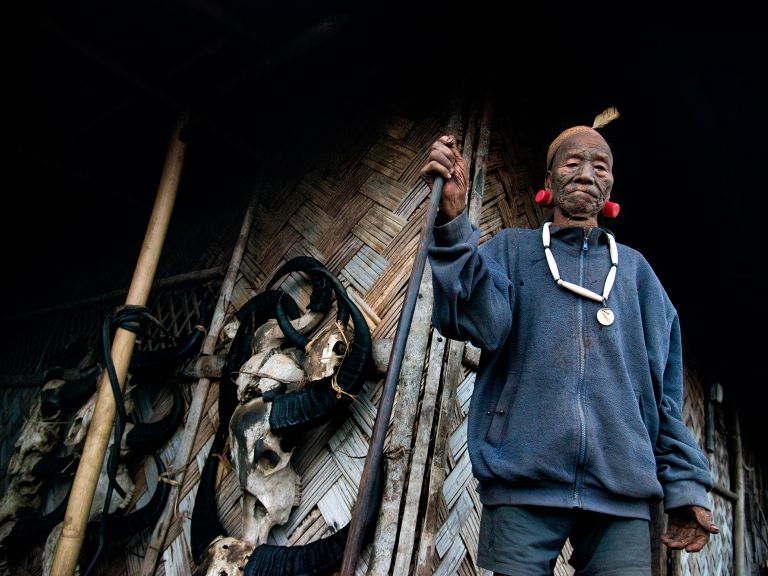 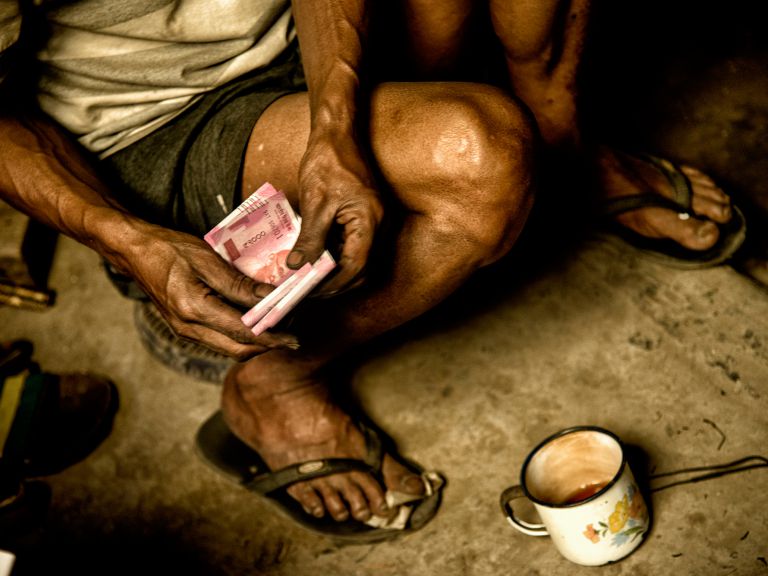 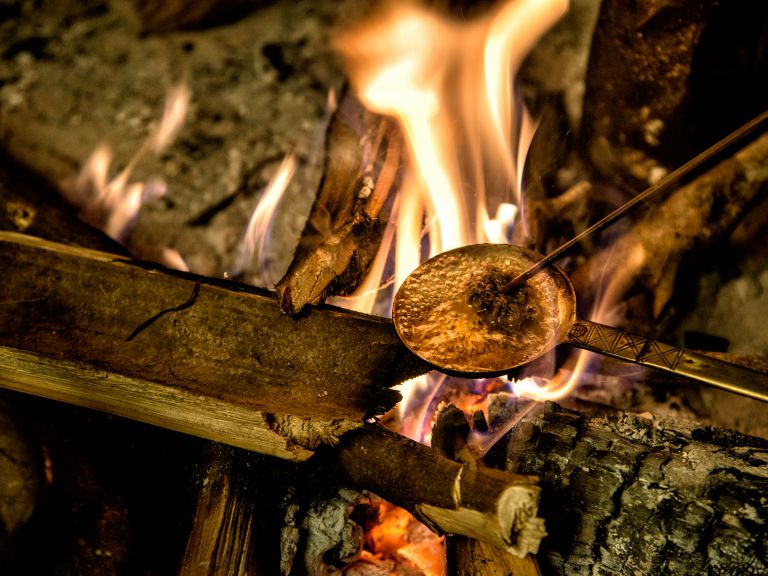 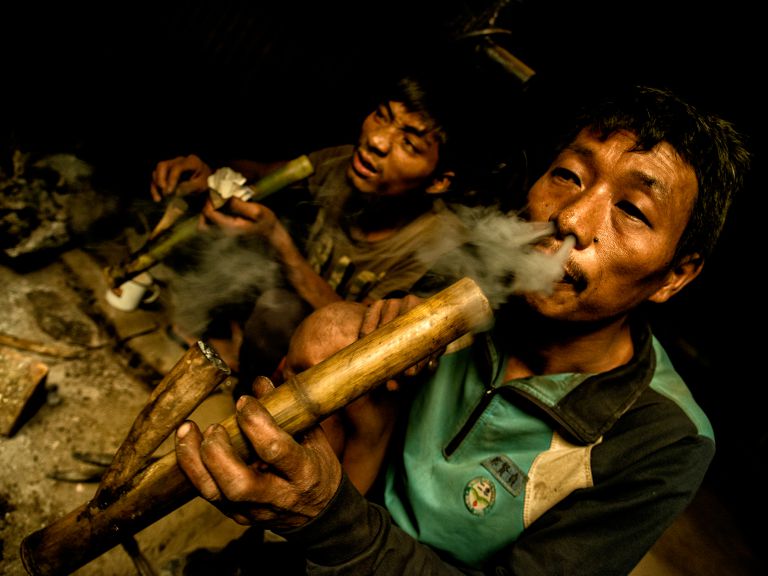 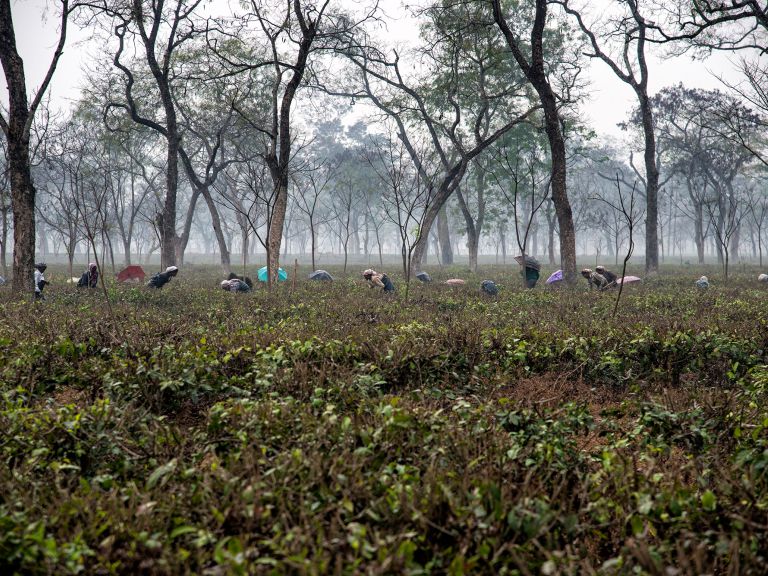 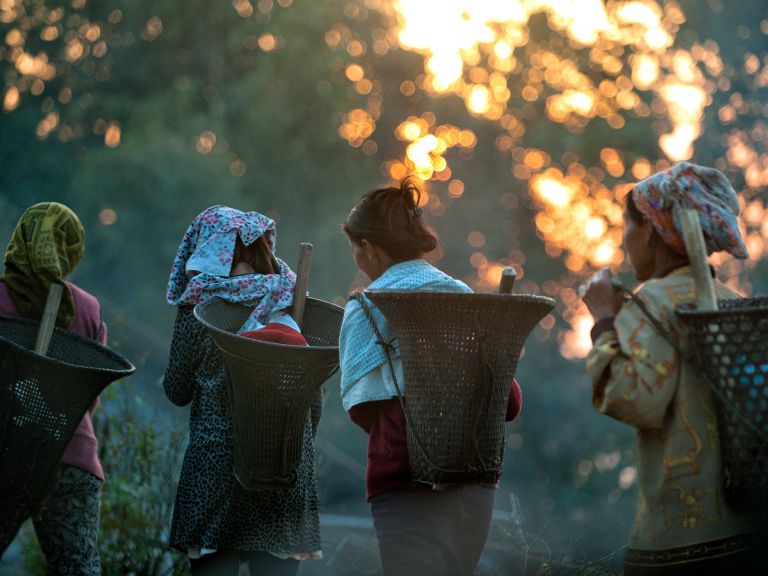 the forced absence of women 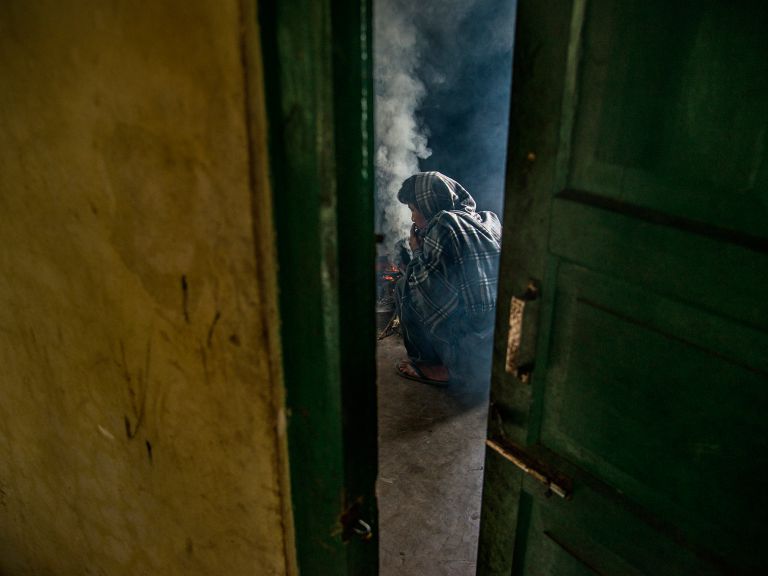 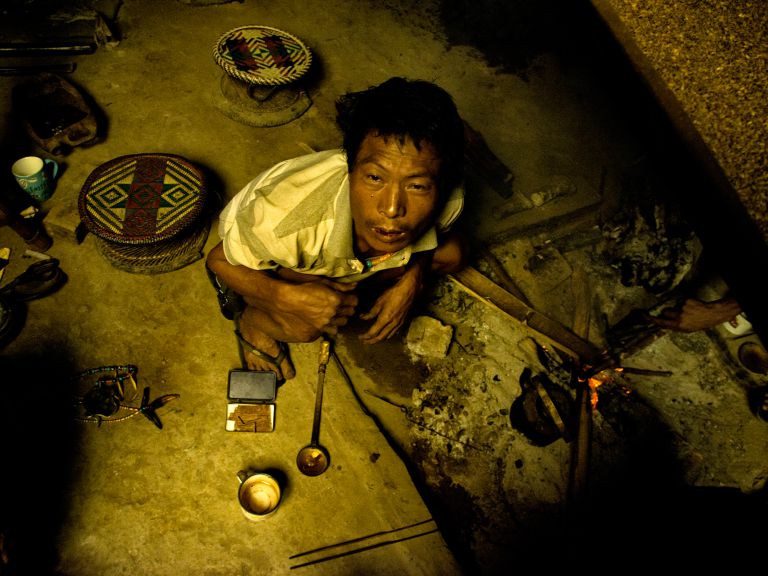 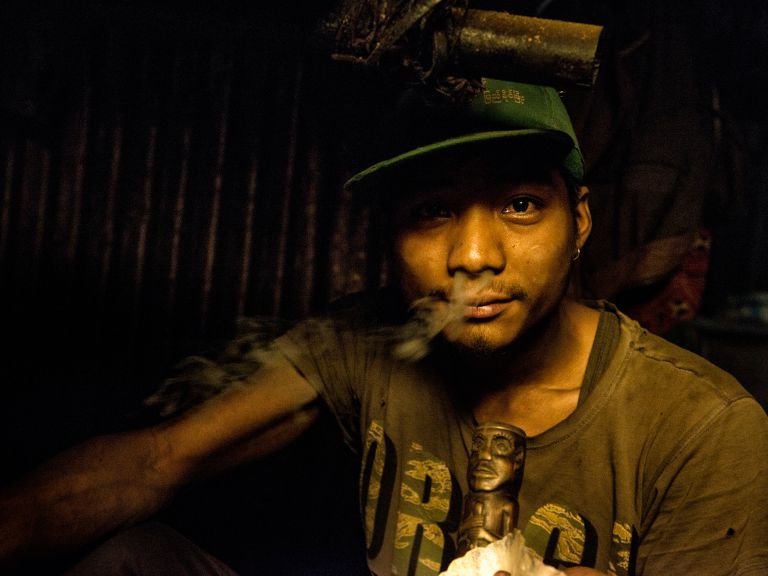 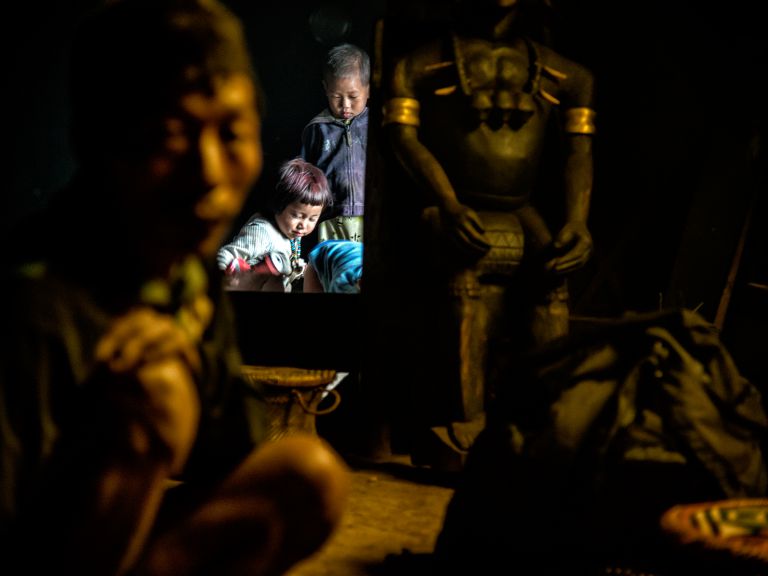