The Boys of Blue Water

Misisi is a compound, which is located in Lusaka, Zambia. Misisi has been identified as one of the five worst slums in Sub Saharan Africa. Due to a lack of resources there has been poor record keeping, but according to best estimates, there are between 80 and 90’000 people living in the area. The average life expectancy is around 32 years. HIV and AIDS remains a huge problem in Misisi. More than 50 percent of children living there have lost at least one parent to the HIV/AIDS. There is also a prevalence of many other diseases in the area. Cholera remains a huge problem, due to a lack of clean water. The area is also prone to floods during the rain season. Malaria is also a major issue during the warmer seasons of the year. In Misisi is a small lake called "Blue Water". The water is used for daily body cleansing and for washing. The soapy water and the local sewage flow directly into the "Blue Water". On the shores of the lake, the waste accumulates and pollutes the water additionally. Nevertheless, it is used as drinking water because clean water is still hard to find. Every day a group of boys between the ages of eight and thirteen is bustling at this lake. Many of them have no opportunity to attend school and live in difficult conditions. At the "Blue Water" they find social cohesion. Here they can swim, fish, play with the garbage and romp around the grounds. This reportage was captured in October 2017. For three weeks I visited the boys almost every day, spending time at the lake with them, talking to them and getting to know them better. They just called me "Mzungu" - white man. 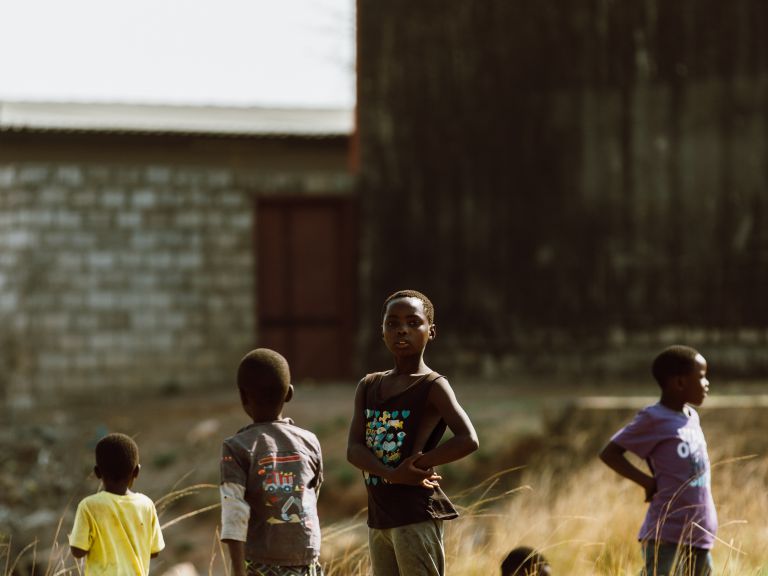 In the end of September 2017 I travelled to Lusaka, the capital of Zambia. During three weeks I visi 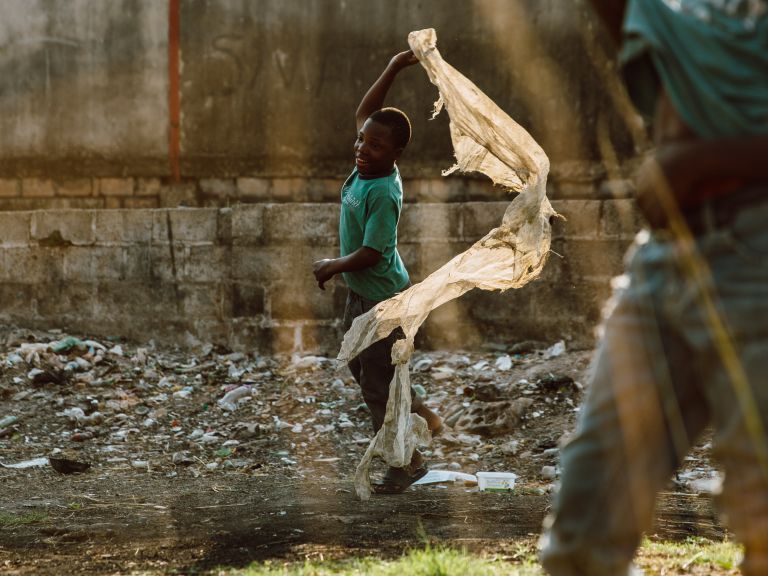 The area is located in Misisi, one of the biggest compounds of Lusaka. The terrain is surrounded by 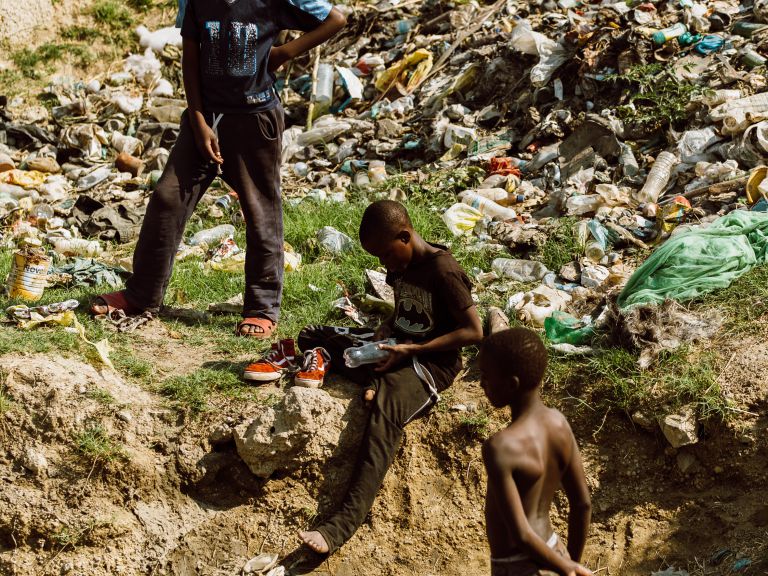 In most compounds of Zambia only a small amount of the waste is collected and disposed. The city cou 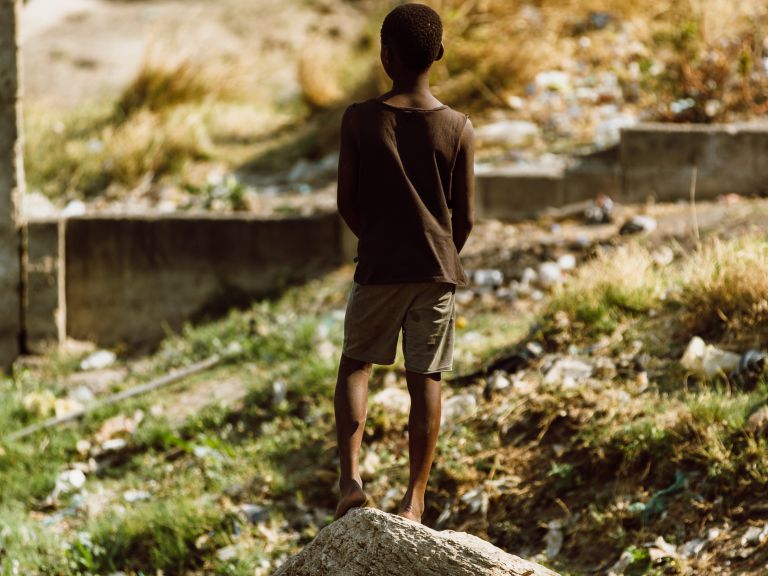 Compared to active and loud everyday life in Misisi, the meeting place of the boys is a quiet place. 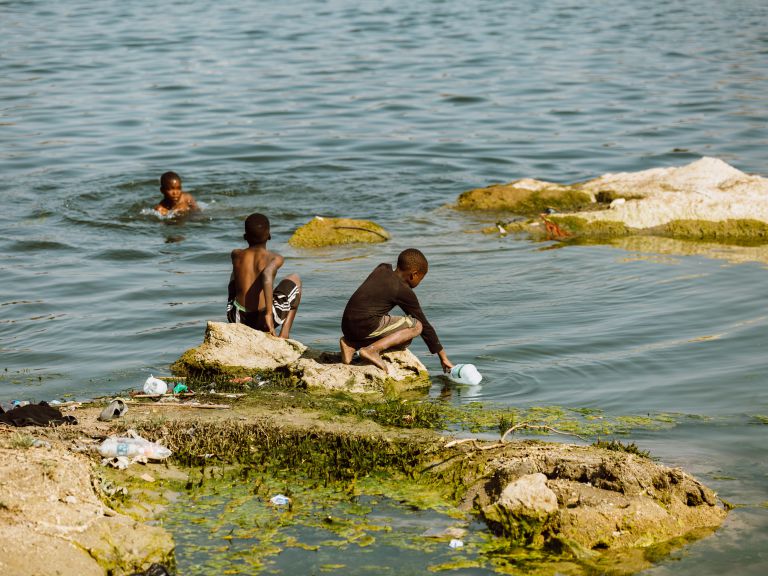 In the middle of the area lies the lake "Blue Water ". It is strongly contaminated. For the boys no 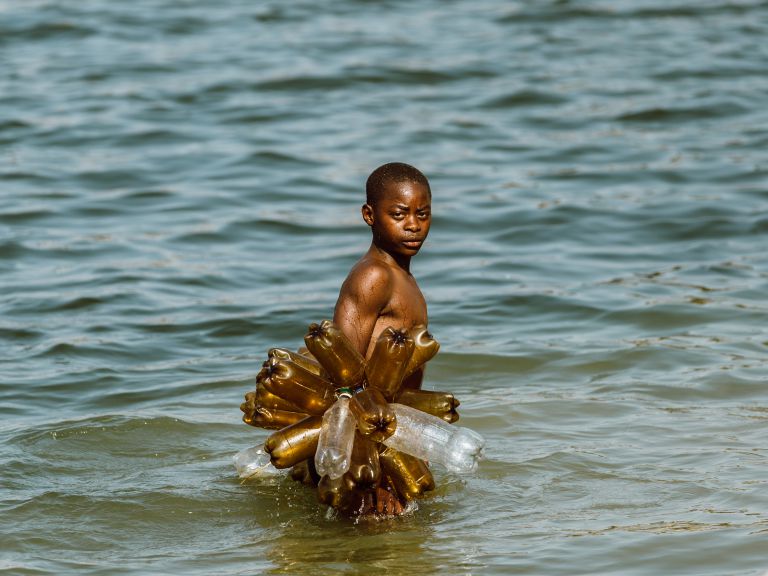 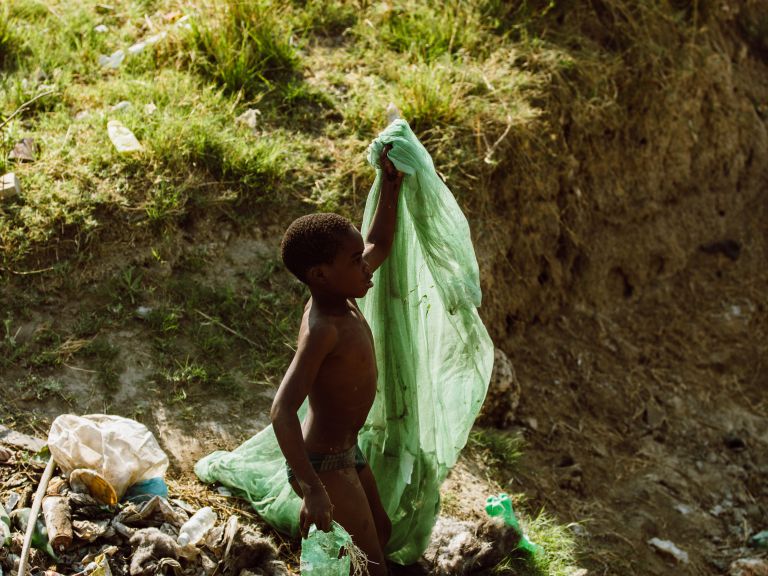 Evans is 8 years old and one of the youngest of the group. He lives with his mother and his four bro 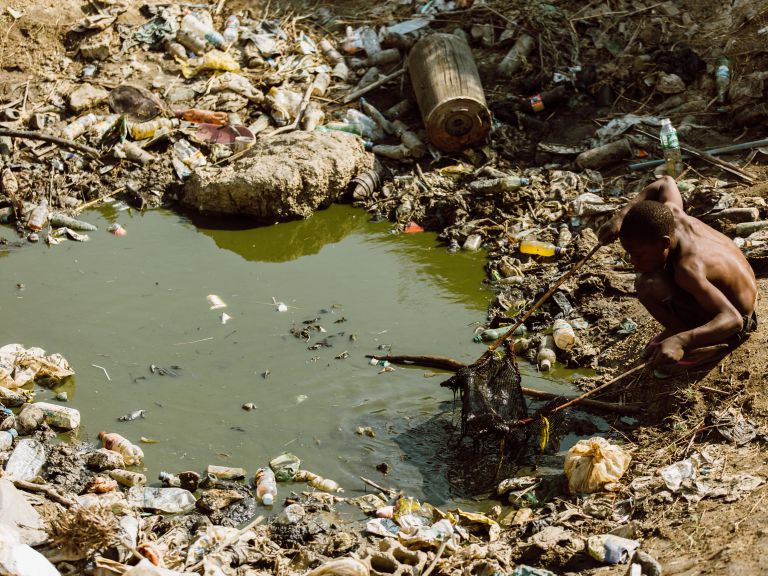 Just next to the lake there lies this dirty pond. The boys use the small water to play and to fish i 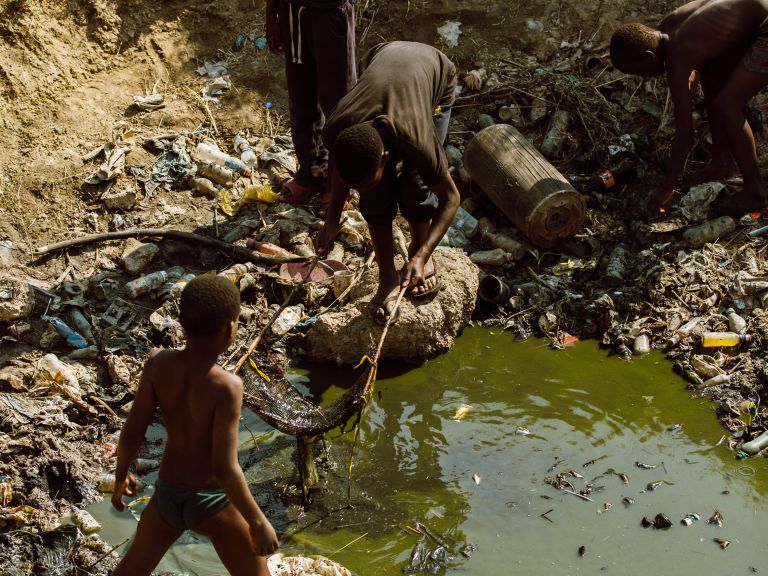 The boys react pleased to find something. The excitement is big, all want to have the fishing net. 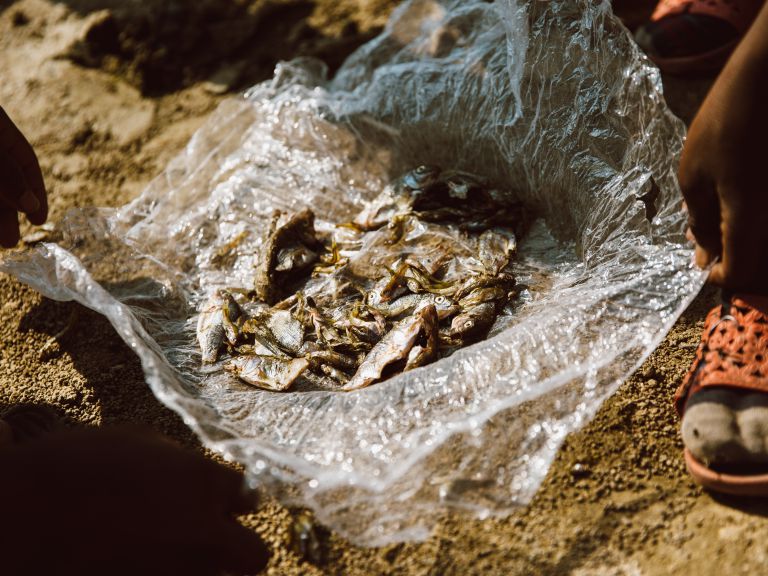 The catch of the day! 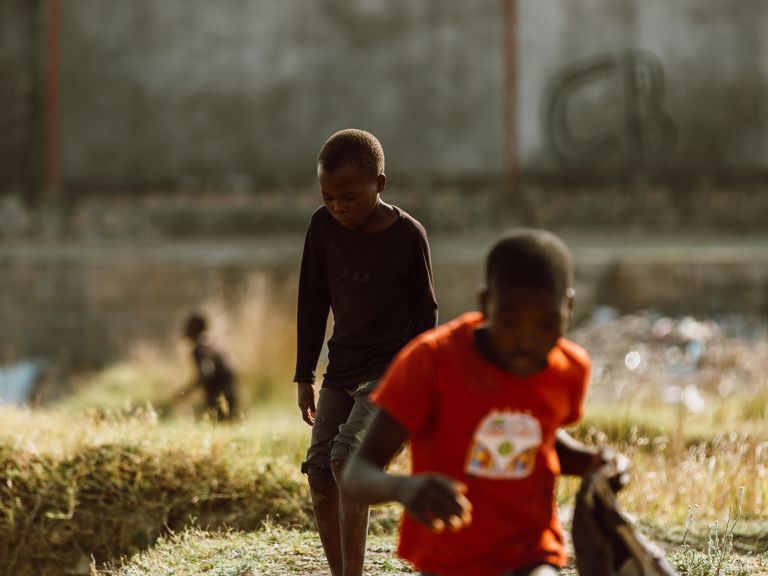 The terrain is a place of pleasure for the boys. It offers them the possibility to play together, to 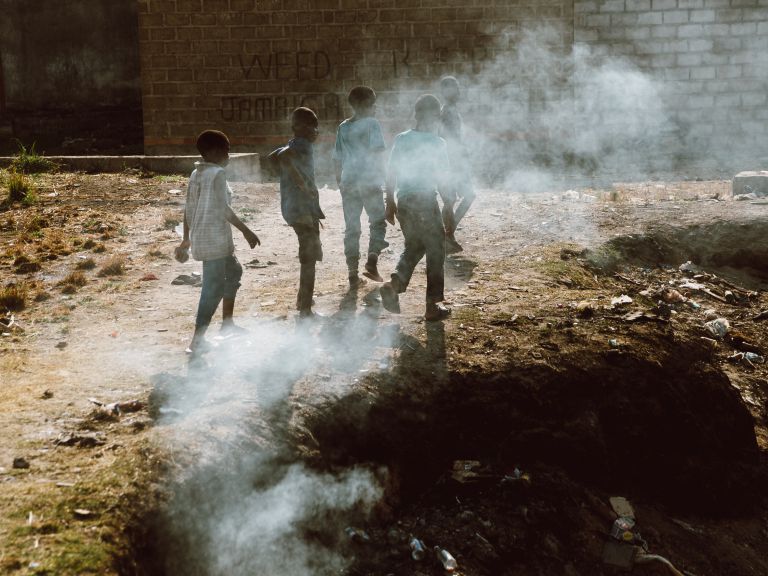 During my last day Enock asked me if I could bring a football to them by the next visit. They would