Throughout her life, a girl might face many forms of gender stereotyping and prejudice, which can also influence how she approaches the world and perceives her reality. When it comes to choose a study path; how she lives her sexuality; her “role” in a relationship or within the family; obstacles at the workplace. As well as the sport she decides to practice.

Ice hockey, like many other physical sports, is seen as a masculine discipline and not really suitable for a girl. Even though it is the most popular sport in Switzerland, hardly anyone knows there is also a women’s championship. Despite being top league players, the girls are not paid, unlike their male counterparts who are professional players and earn several thousand francs each month. Even if some have participated in World Championships and Olympics with the National Team, none can become a full time athlete. Therefore, because hockey will never become a profession, the girls are obliged to work or keep studying in order to play, and during the season, they find themselves having to juggle their work and school commitments with practice, games and away games.

With my project ‘Body checking not allowed’ I followed the Lugano women’s team to show the girls’ commitment, dedication and passion. Despite the difference in resources, mostly financial, when compared to the men’s team, with their perseverance the girls are a great example of women’s empowerment and the dismantling of gender bias. Although a lot more needs to be done. 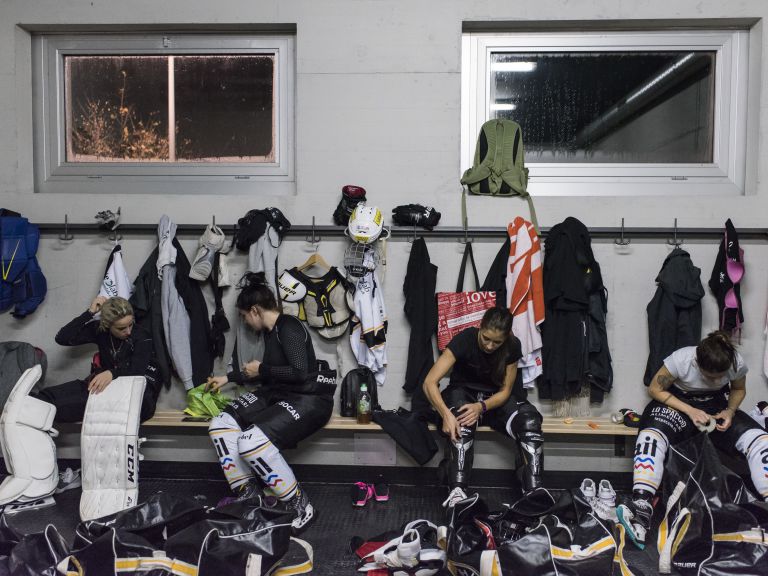 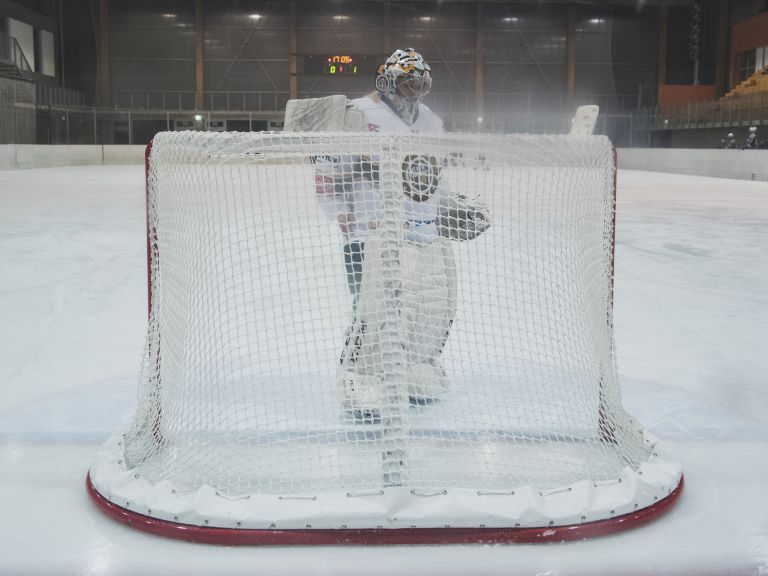 Goalkeeper Giulia Mazzocchi, 26. Giulia is Italian and studies in Milan. She drives to Lugano three 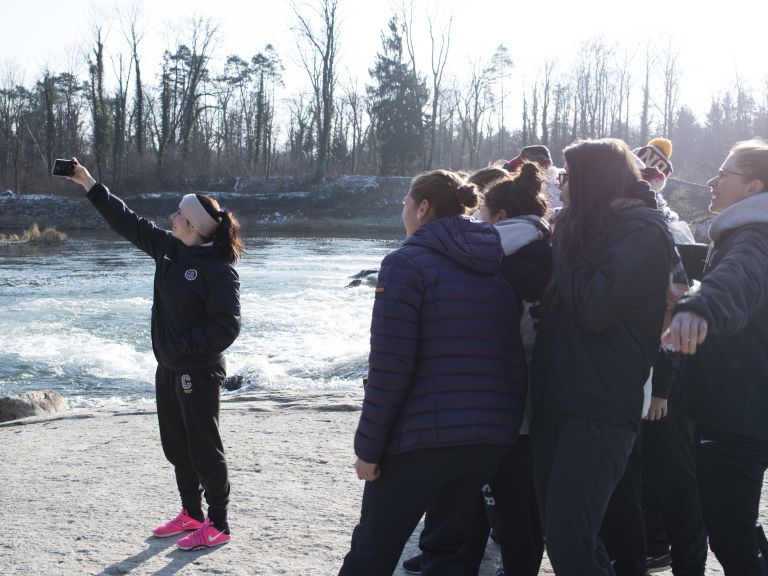 Muscular awakening near the hotel in Wildegg. When two away games are scheduled on the same week-end 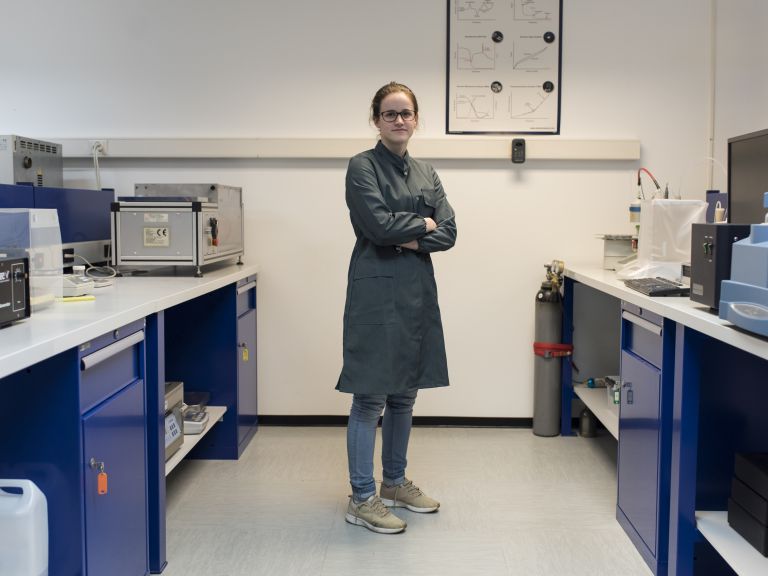 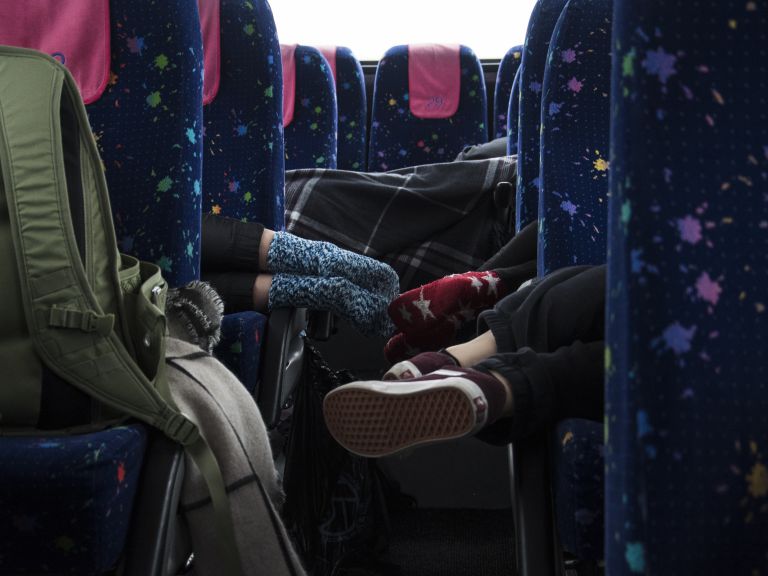 Switzerland is a small country but for away games the team spends hours on the bus. This time is use 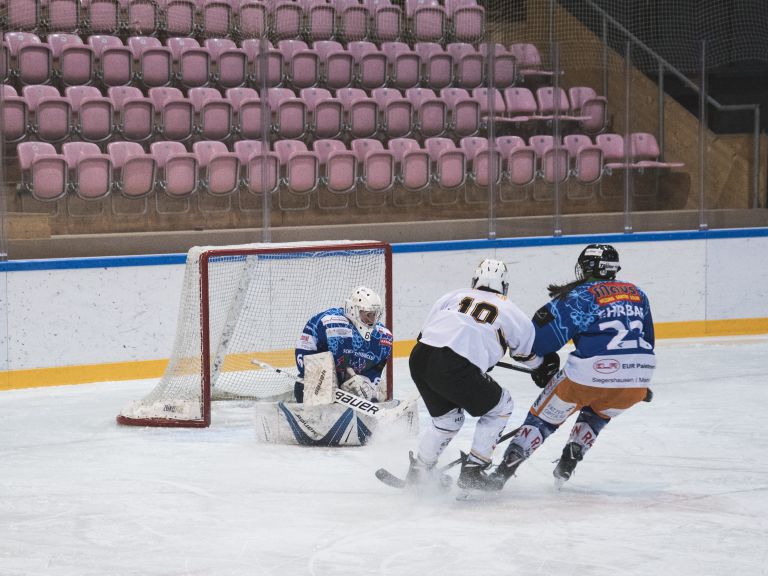 An action during a game against Weinfelden in Kreuzlingen. 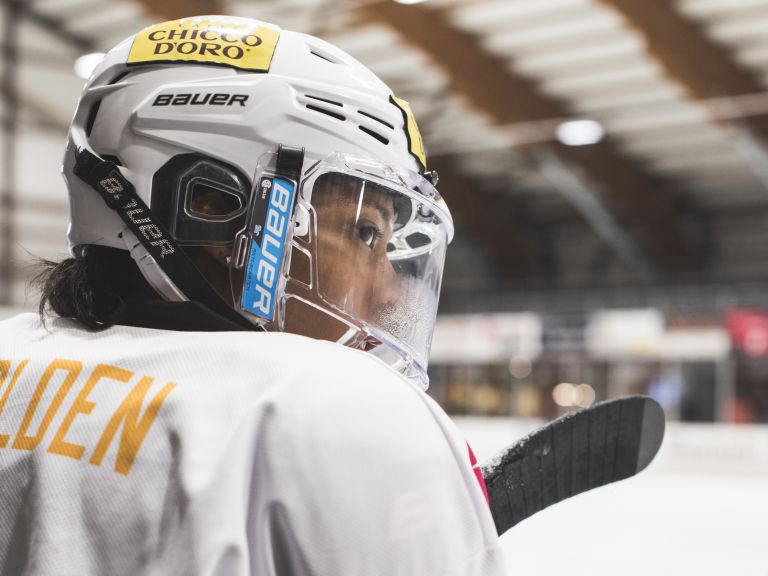 Blake Bolden, 27, during a game in Reinach. Blake is an American hockey player from Ohio who became 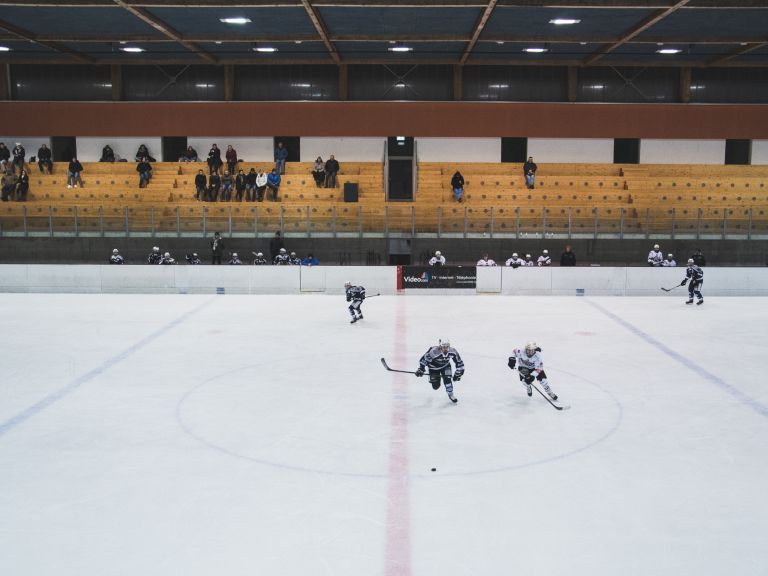 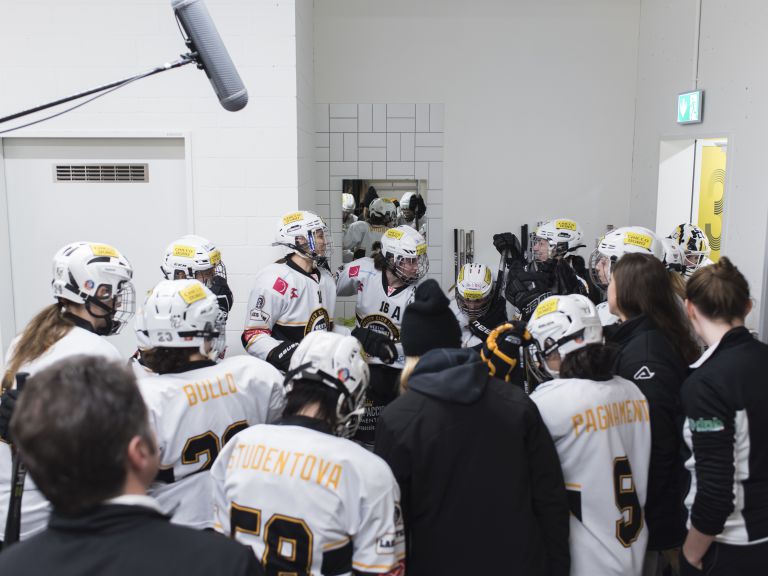 The team gathers before the championship final against Zurich in Oerlikon. It’s the first time tha 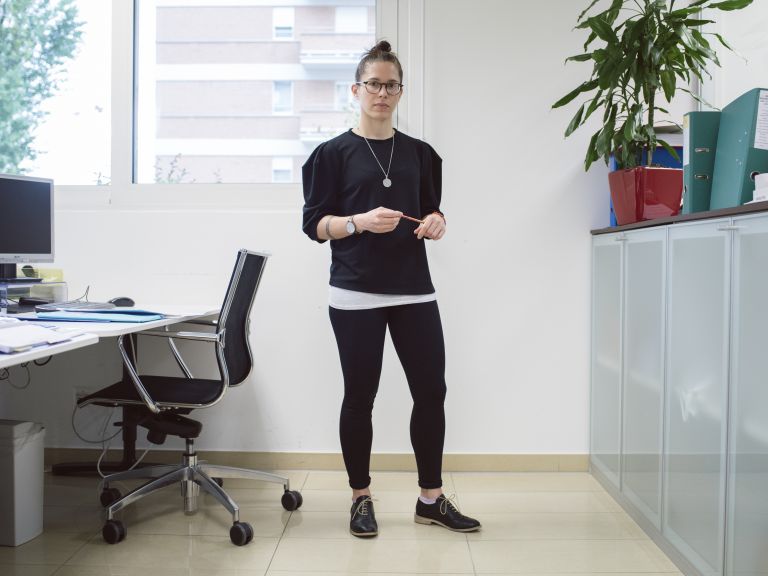 Nicole Bullo, 31, in her office in Lugano. She began to play when she was six and, during her career 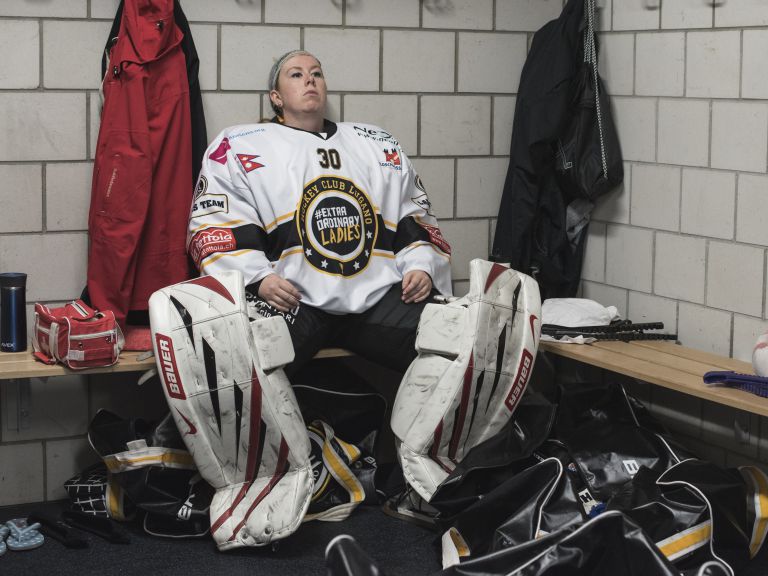 Goalkeeper Stephanie Giddings, 23, before a game against Reinach. 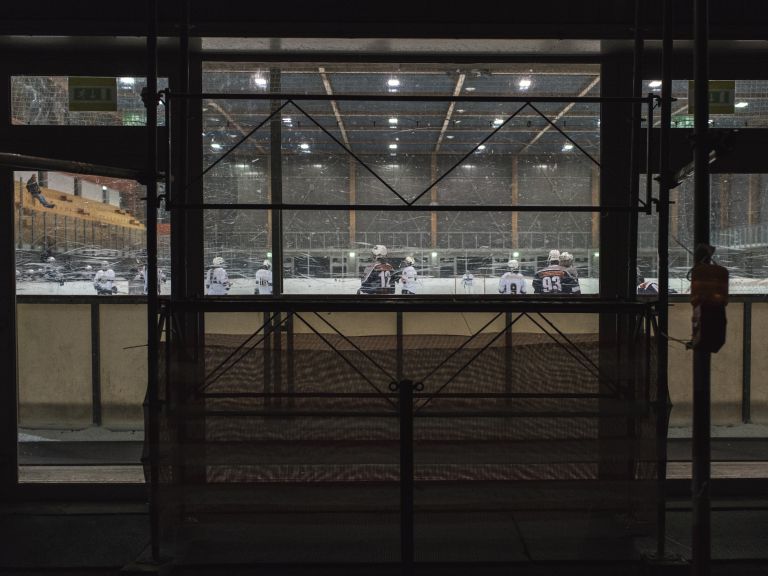