Nestled between China and India and surrounded by the Himalayas is the small Kingdom of Bhutan. Although few people know much about it, Bhutan is very rich in history, traditions and in its fascinating cultural heritages. One of the peculiarities of Bhutan is the replacement of the GDP (gross domestic product) with the GNH (gross national happiness) which is used to measure the collective happiness and well-being of a population. Bhutan is considered to be the happiest Countries in the world thanks to its air quality, free education and healthcare together with the wealth of social relationship and the tourism subject to a quota. It is for all of these reasons that Bhutan is also called “the last paradise".

One of the most interesting traditional attraction in Bhutan are Tshechus, annual religious festivals belong to the Tibetan Buddhism. Tshechus are held on the tenth day of the Tibetan lunar calendar and they are celebrate inside the court of the Dzong and Monasteries.

The various dances and theatrical performances are in honor of the life of Padmasambhava and other saints. Cham dances are lively masked and costumed dances accompanied by music played by monks using traditional Tibetan instruments. During the Cham the Gods are called upon to protect the people from evil and bring peace and happiness to the Kingdom. In addiction, when the majority of the population was illiterate, Tshechus were also a way to explain the holy doctrine.

These festivals are an important occasion in the lives of the people because it is a moment when people can get together and socialize. It is important to underline that while locals experience these religious festivals with the eyes full of faith, for tourist it is a great opportunity to enjoy the colorful dances and the amazing displays of the Bhutanese traditional culture.

In November 2017 I attended the Tshechu in the Bumtang Valley, in the Eastern part of the Country. All photographs were taken using the technique of a fixed lens of 17mm. 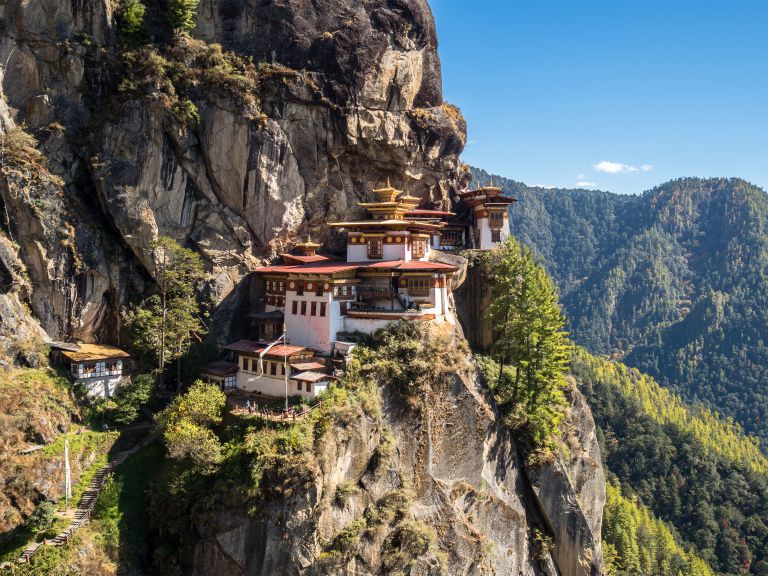 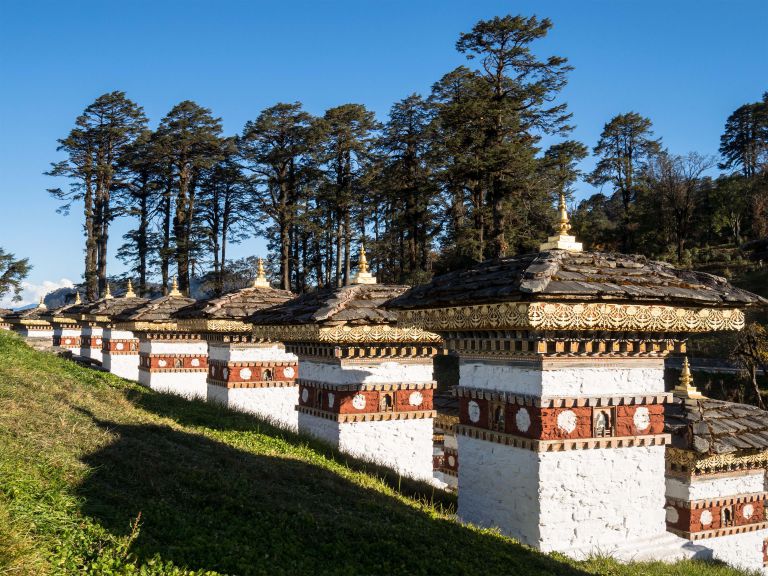 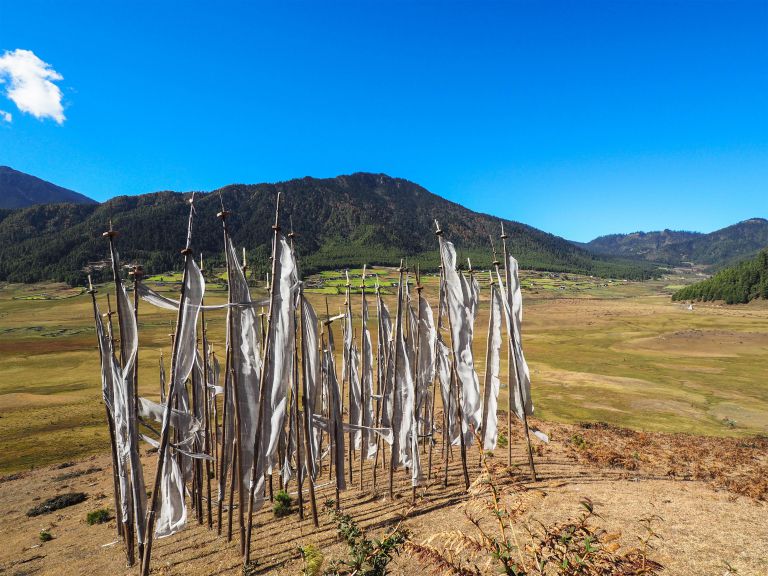 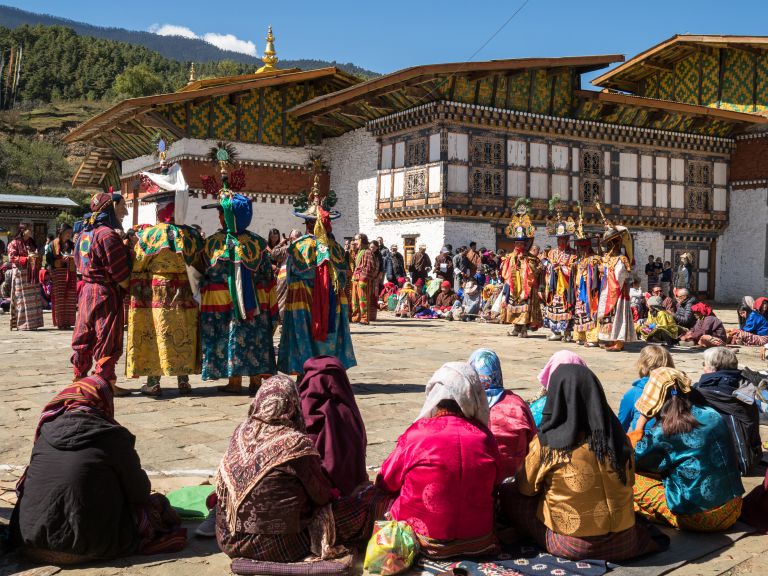 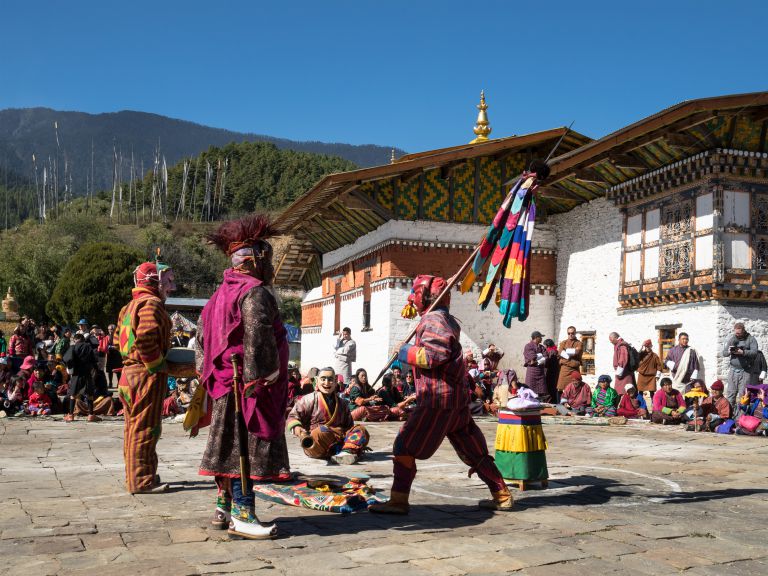 A moment during theatrical performance 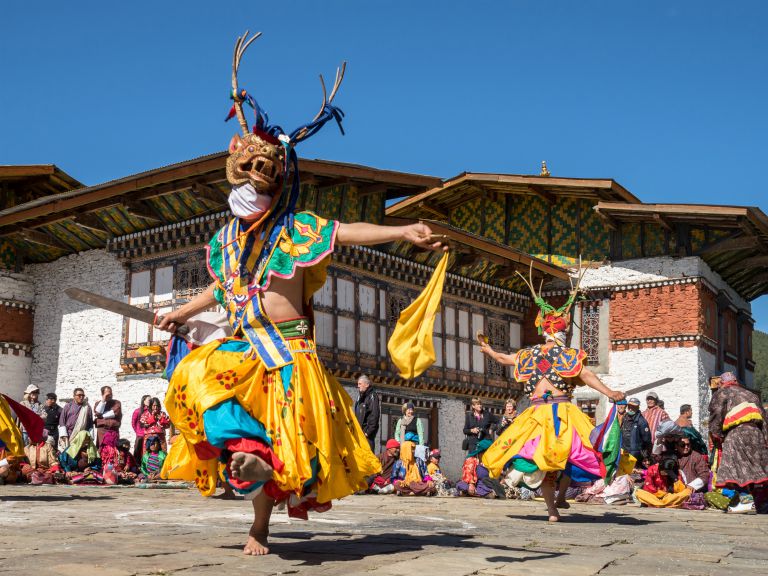 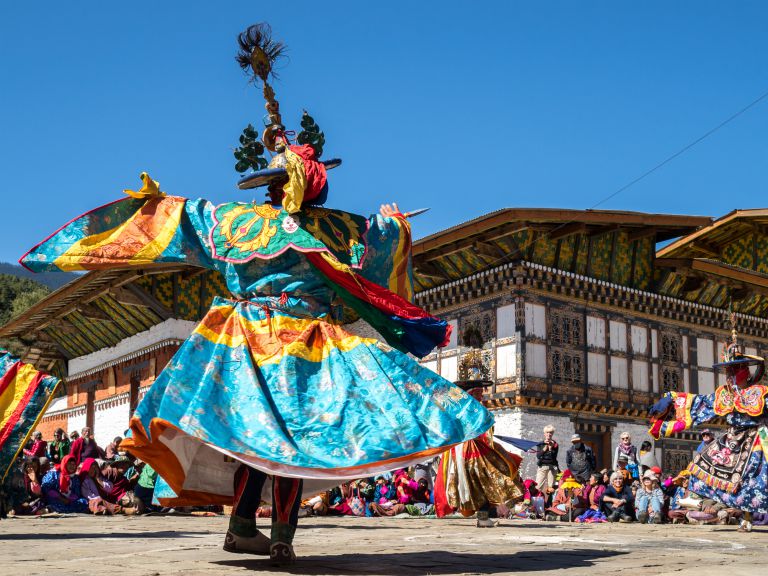 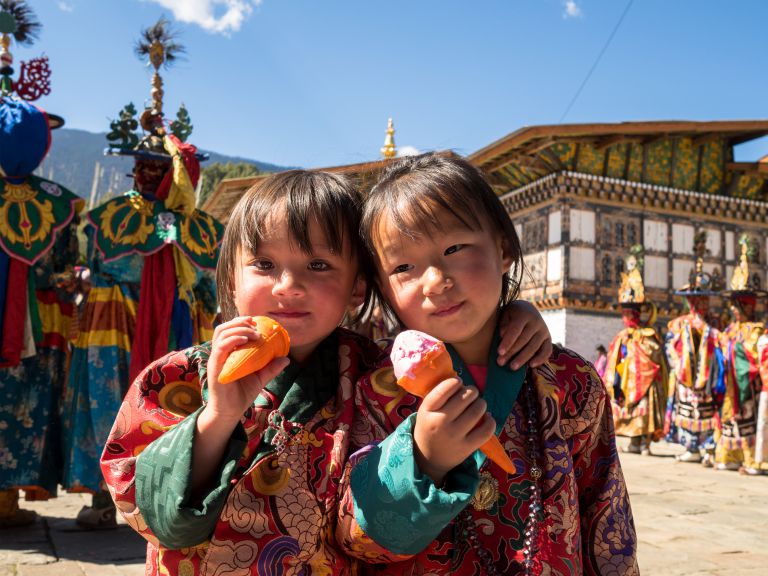 Little girls at the Tshechu 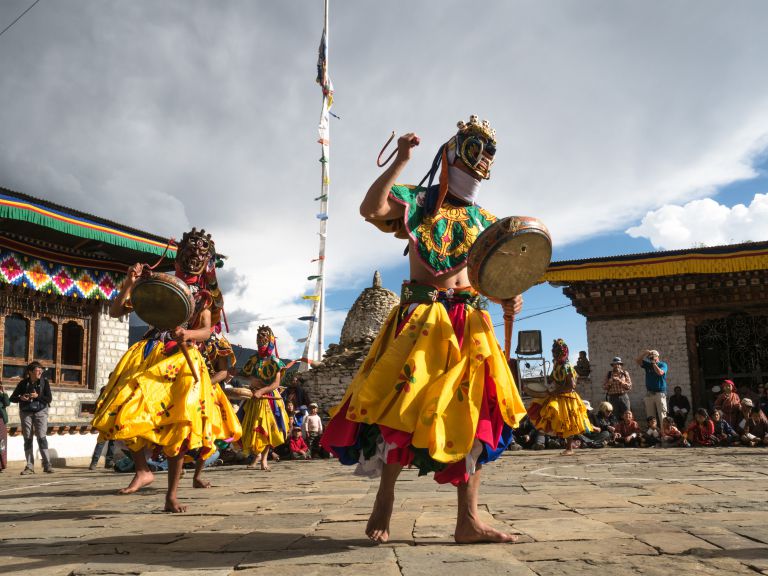 Cham dancers under the clouds 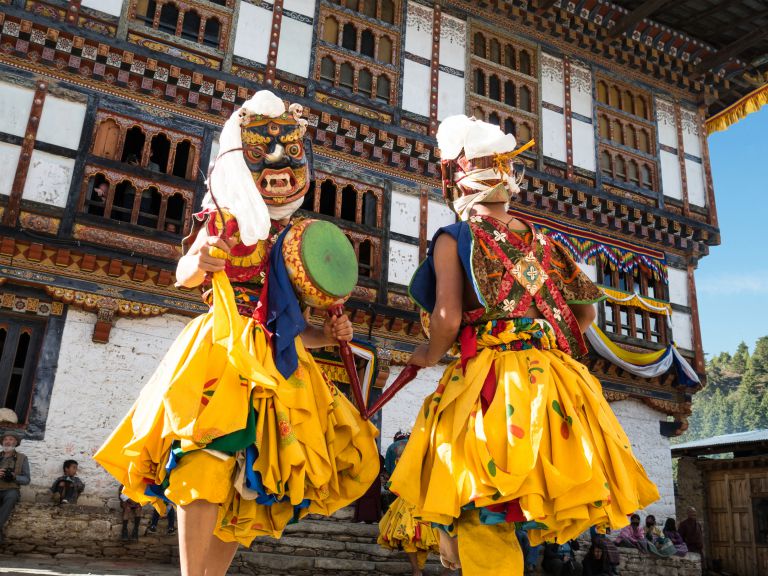 Couple of Cham dancers at the small monastery 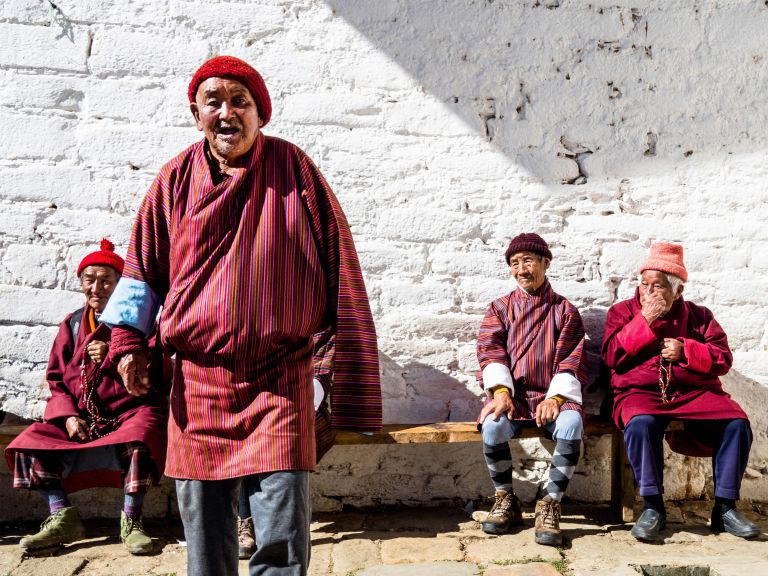 Elderly people at the Tshechu