Rohingya crisis is a widely talked issue of the recent times. Unlike many other tensions revolving around other minority communities, this issue has met a wide scale of exposure and media coverage. This certainly opens the door for the world to contemplate on and distinguish between what is right and wrong.
Rohingya people, one of the persecuted minorities in the world, recently become victim of ethnic cleansing mayhem led by Myanmar’s armed forces from last several decades. Rohingyas are a Muslim minority in the northern Rakhine state of a Myanmar. But to oppose the evidence of their origin, official statement is that Rohingyas are considered to be illegal immigrants from Bangladesh. In Myanmar, there are 1.3 million Rohingyas where only 40000 have citizenship. A 1982 citizenship law promulgates that Rohingyas can avail citizenship if only can they provide evidence in support of the existence of their ancestors in the region prior to 1832. However, this has become difficult to do so because government sponsored forces have aggravated the matter by destroying their villages and historical existence, which were one of the crude documentations. Moreover, the crisis also represents the issue of nationalism where the Buddhist nationalists speculate that, Islam will affect the tranquility and concord of Myanmar. The situation almost turned into genocide since 25th of August this year. As a result, nearly a million people of this ethnic muslim community fled to Bangladesh to take shelter from the chaotic area from the Rakhain state of Mayanmar. From then onwards, the sufferings and agony of these people know no bound. The magnitude of refugee influx was so influencing that about a million of Rohingyas entered into the land of Bangladesh in a matter of just a few days. Their houses were burnt, assets were seized, and their belongings were killed. Since most of their historical evidences have been destroyed already, it has now become difficult to advocate for the right of their citizenship. Yet, authentic sources confirm that a bilateral treaty may be signed between both neighboring countries in order to rehabilitate them.An estimated 655,000 to 700,000 Rohingya people have fled to Bangladesh. However, the number has increased to nine hundred thousand after the starting of the influx. Rohingya people are scarcely getting basic needs. People are living with little food, medicine and other needs. Due to the large population of Rohingya inhabiting such a small area, disease spreads easily.Living as a refugee in a camp and having very little help from the other people is Rohingya’s current situation. They fear that they will never be able to get back to their country, where their citizenship is denied. This tragedy period seems never ending. 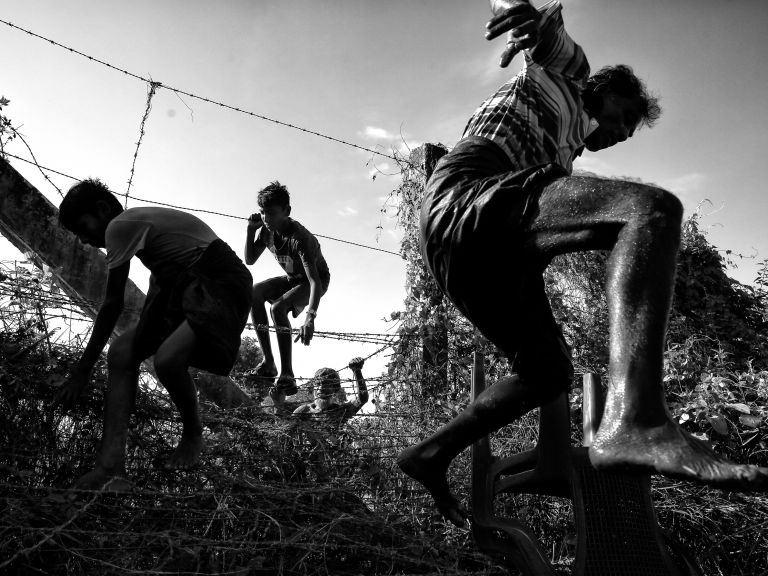 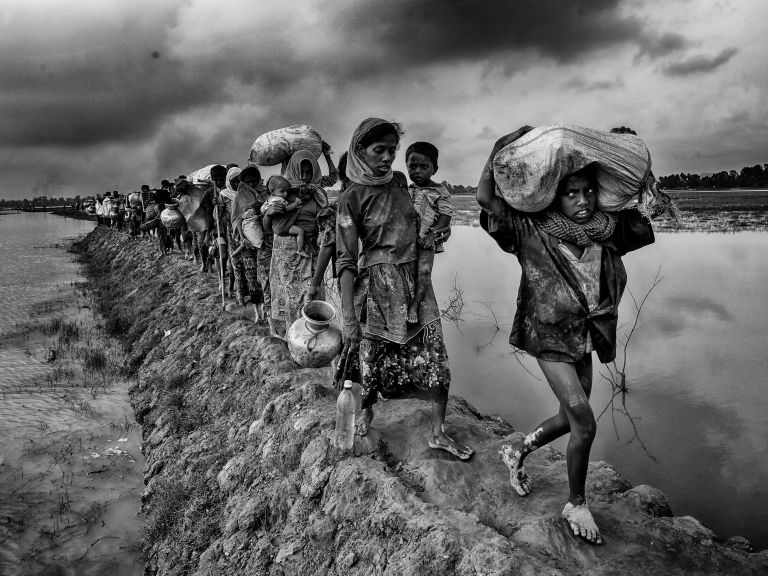 Rohingya people walk through rice field after crossing the border into Bangladesh at Lomba bill, cox 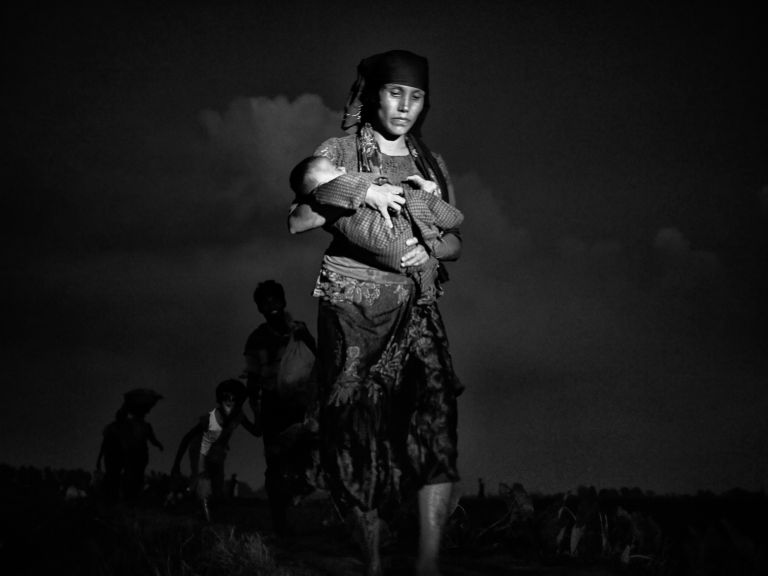 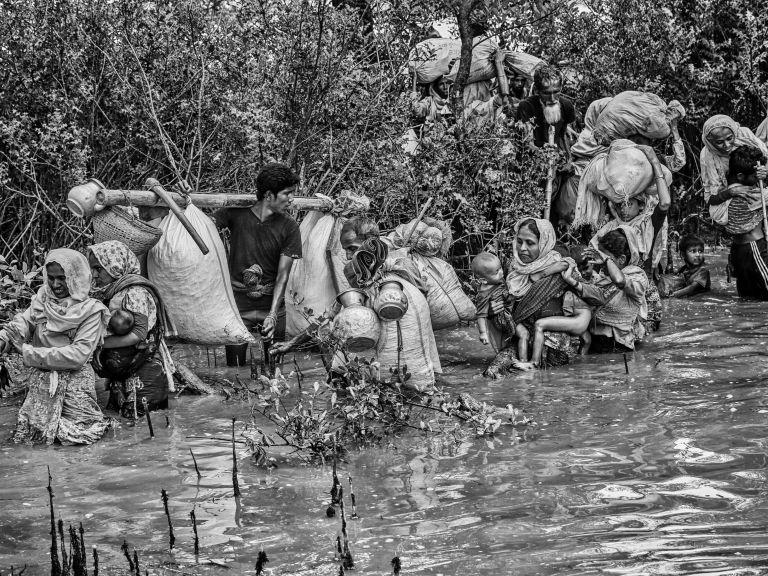 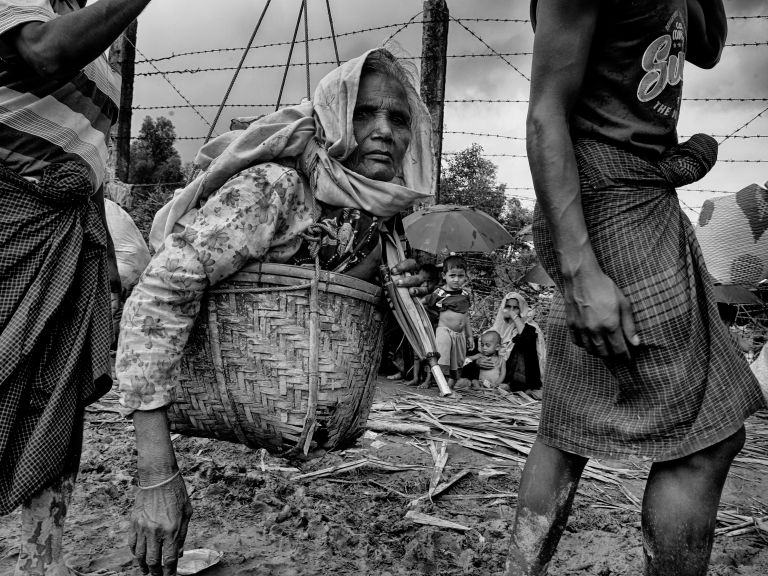 A rohingya woman is carried in a sling while crossing the myanmar border to enter in Bangladesh. 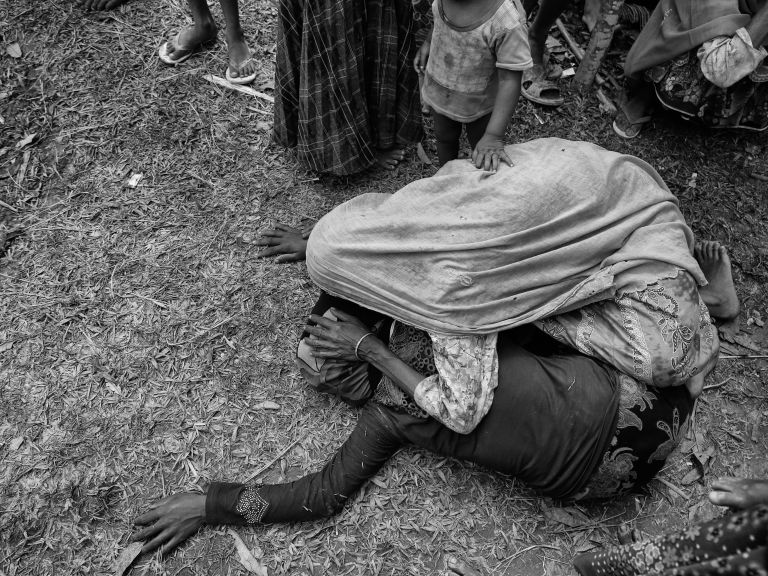 A Rohingya woman cries on the ground, as she received news, over the phone, that her husband was kil 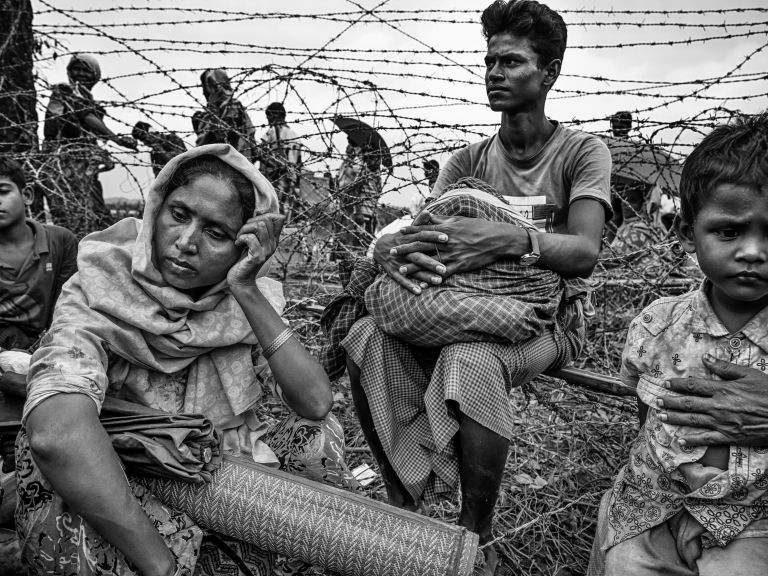 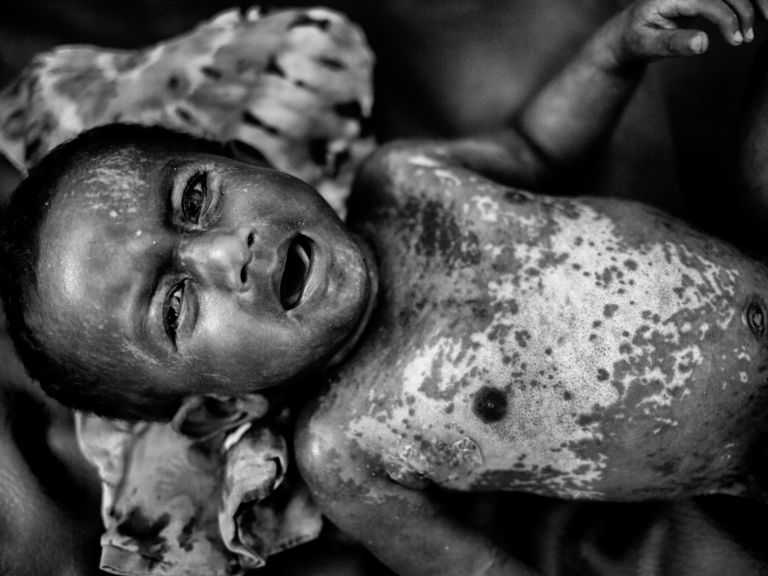 Hares is a one year old boy, his family suddenly found their house is burring that was set by the My 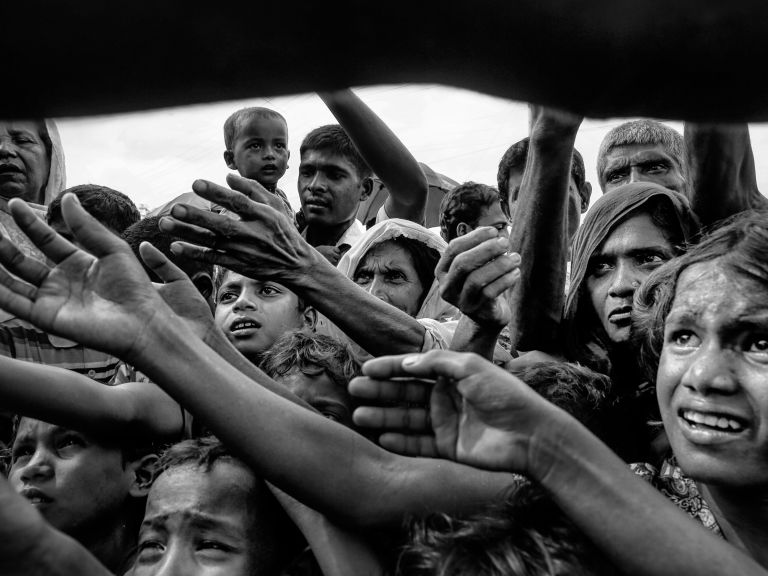 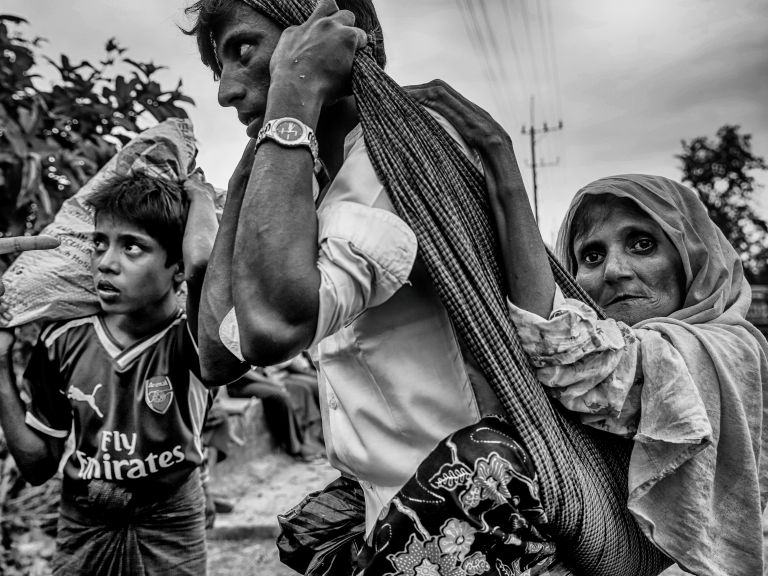 A Rohingya muslim carries his mother while entering into the Kutupalong refugee camp. 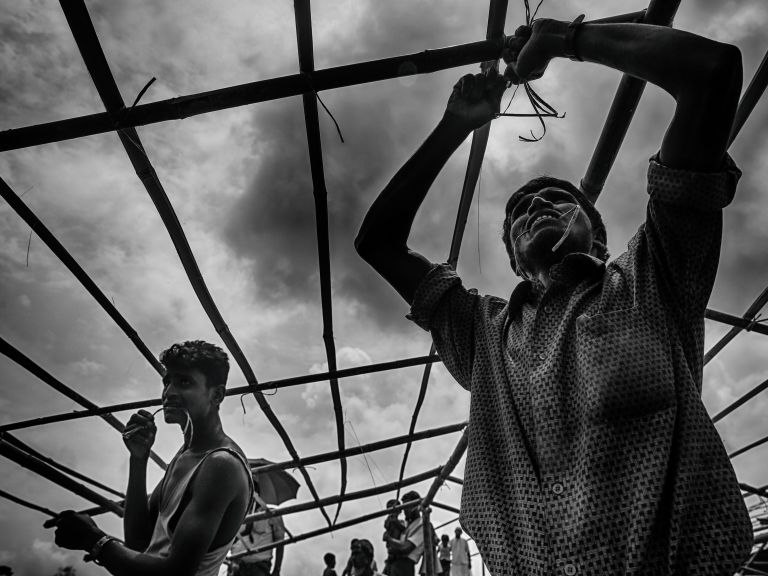 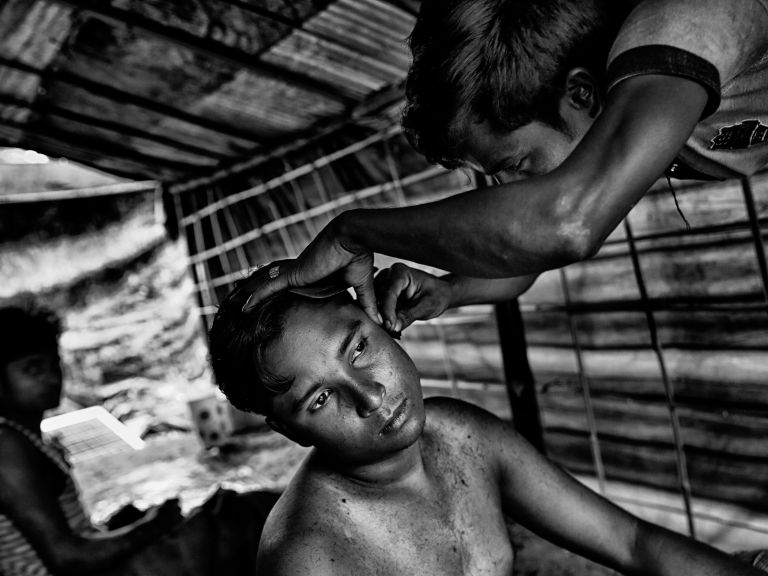 A Rohingya refugee has started a barbershop in a refugee camp to sustain in the long run.