The Great March of the Return began March the 30th.

With this demonstration, protesters demand that Palestinian refugees and their descendants be

allowed to return to what is now Israel. Organization of the protests was initiated by independent

activists, and has been endorsed and supported by Hamas, as well as other major factions in the

Gaza Strip. The march finished May the 15th, the Nakba Day, the “Day of Catastrophe”, the

anniversary of the foundation of Israeli State. Only the last day, more than 50 people were killed

having back their native land. 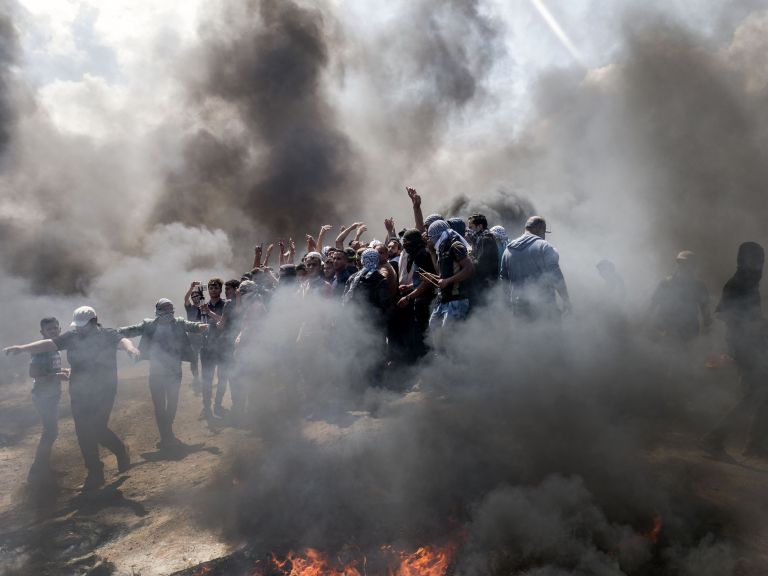 14.5.18.Gaza Strip.Thousands of Palestinians protested against the inauguration of the new American 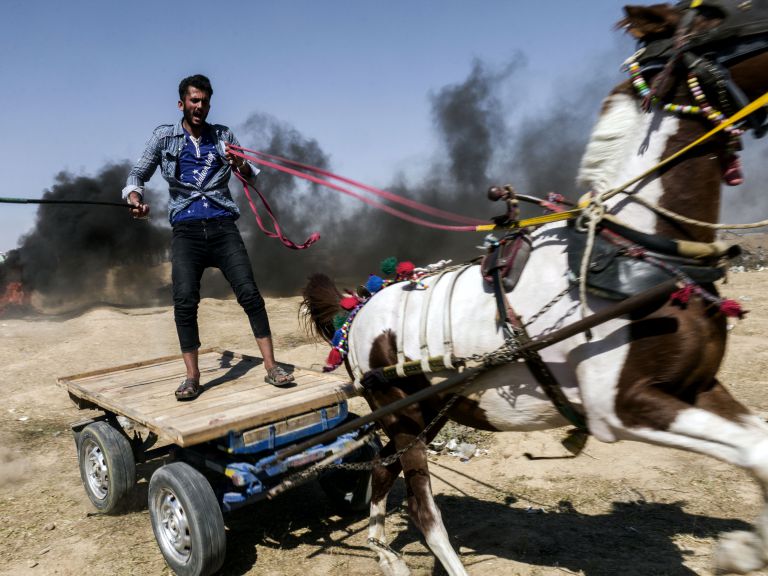 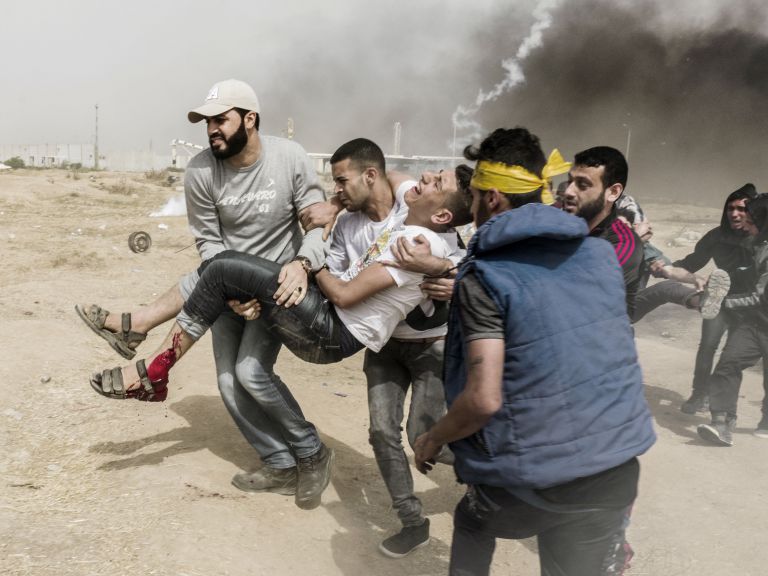 27.4.18.Gaza Strip. Protesterscarry a body of a injured man, at Malaka border at eastern Gaza city. 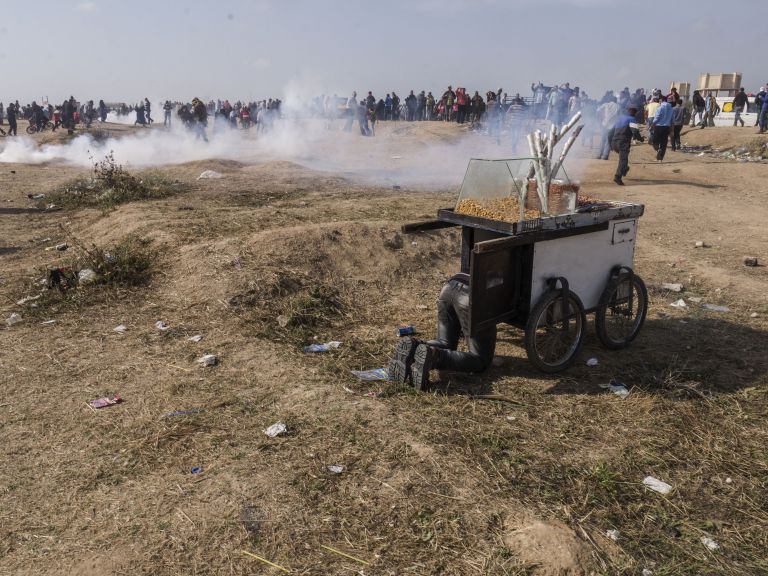 20.4.18.Gaza Strip. Protester Hide inside his cartshop durning a teargas attack by israeli, at Malak 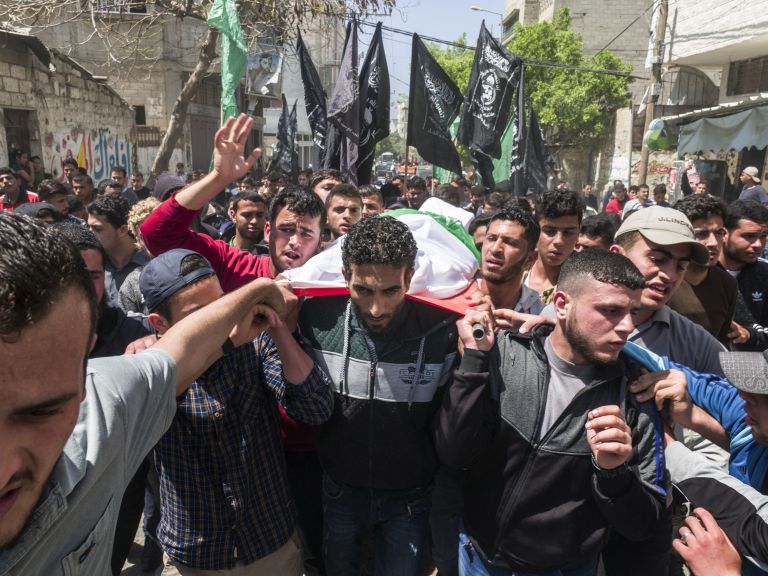 14.4.18.Gaza Strip. Men carry a death body of a protester killed by IDF sniper, during a funeral. Pa 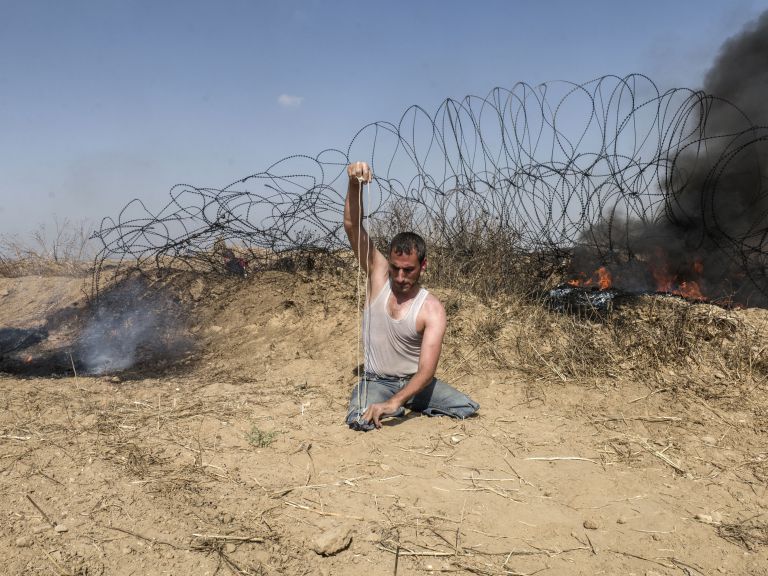 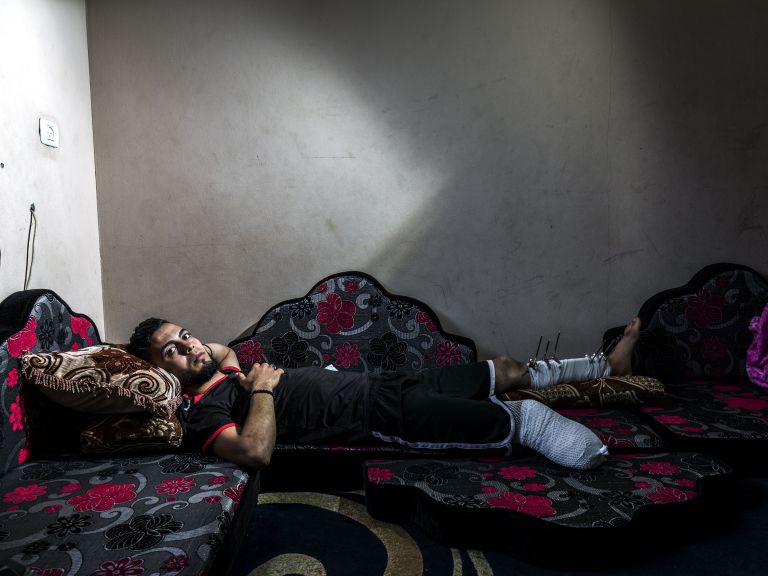 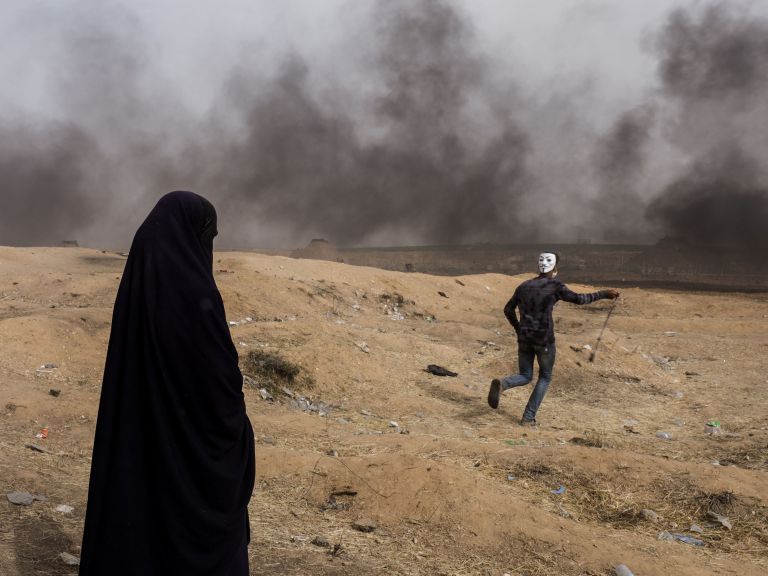 20.4.18.Gaza Strip. One protester hurls rocks against israeli soldiers a woman is wattching the bord 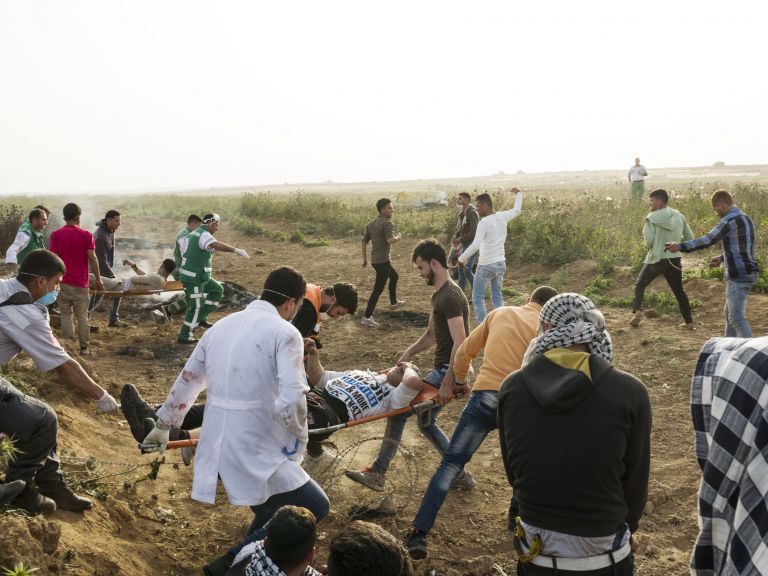 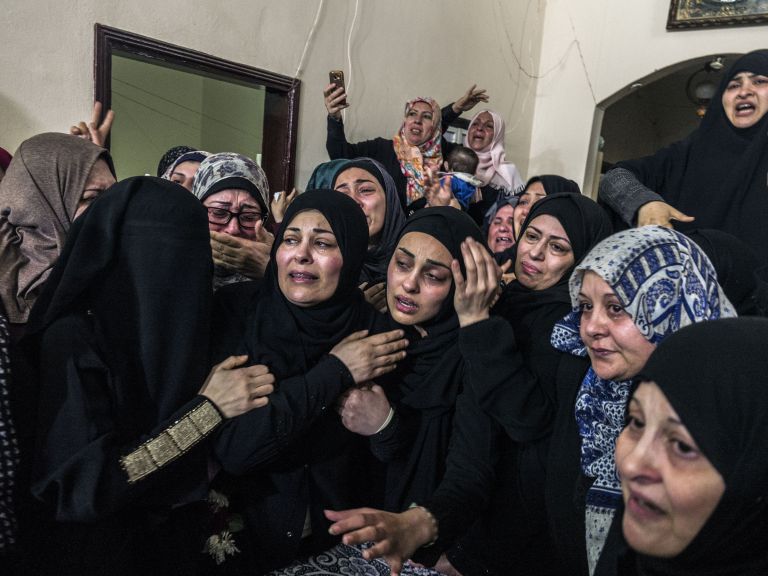 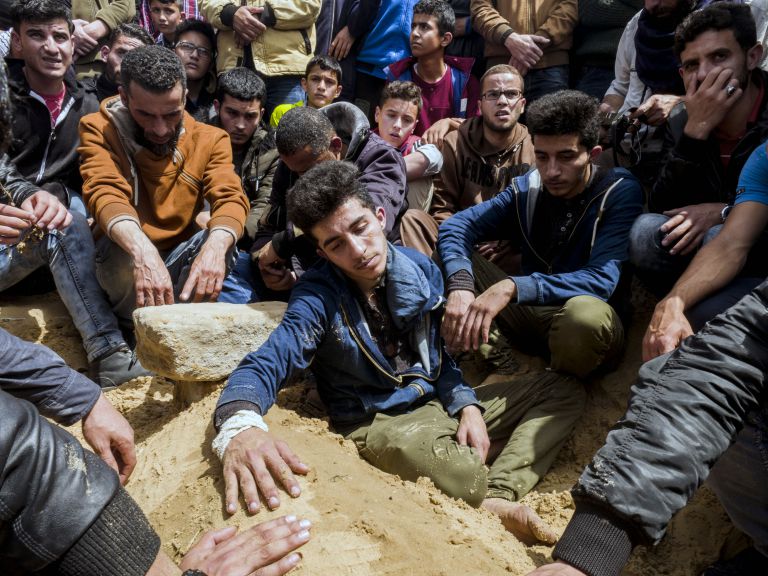 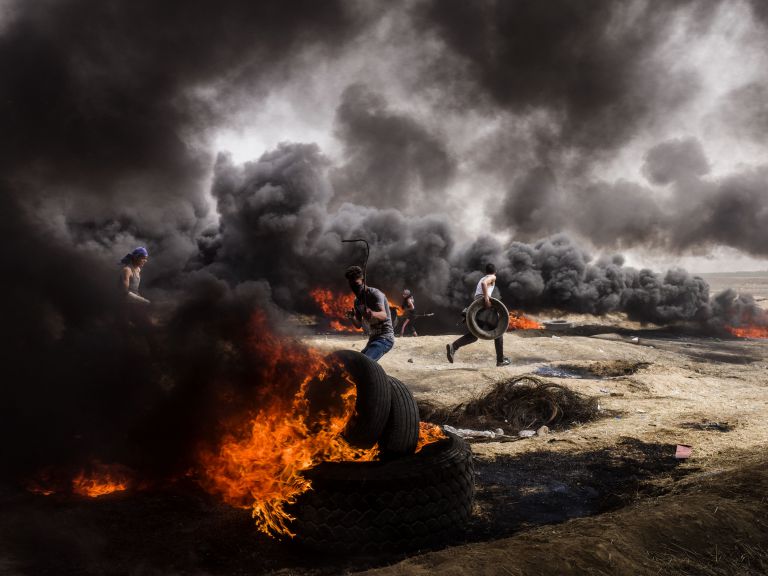 20.4.18.Gaza Strip. Protesters burning tires to hide from the IDF snipers at Malaka border at easter