Each year in India, hundreds of Tibetan Buddhist nuns gather for a special, month-long inter-nunnery debate called the Jang Gonchoe. The main purpose of these debates is to defeat misconceptions as a path towards spiritual wellness. Debaters are seeking the understanding of reality through a very careful analysis of natural phenomena. This search involves two parties: a sitting monk who defends an argument, and a standing monk who poses the question. The responsibility of the defender is to put forth a thesis, normally composed of a logical argument on the philosophical teachings of Buddhism. The questioner tries to force his opponent either to contradict himself or to contradict common sense. Both parties must be able to articulate a chain of well-formed and logical consequences. Because it involves making and remembering many choices and distinctions, it requires intense concentration, clarity of mind and strong analytical skills. When the challenger raises a question, he holds out the right hand above the shoulder and the left hand is stretched out forward with the turned palm upward. The questioner monk punctuates each question by clapping his hands together, stomping down the left foot, and holding out the left arm towards the sitting monk. The defendant must answer quickly while remaining stoical and imperturbable. Debates unfold strategically and intensity increases. When the questioner feels that the basis for the debate has been laid down and that he has enough material to demonstrate his opponent’s mistake, he wraps his upper robe around his waist, a sign of his understanding and control. Monks look angry when they are debating, but they are not angry. Gestures and enthusiasm allow participants to mobilize intellectual resources and decisiveness. This intense physical and emotional involvement explains why Tibetan scholars love debate so much. They become excited when they talk about it and miss it once their training is finished. 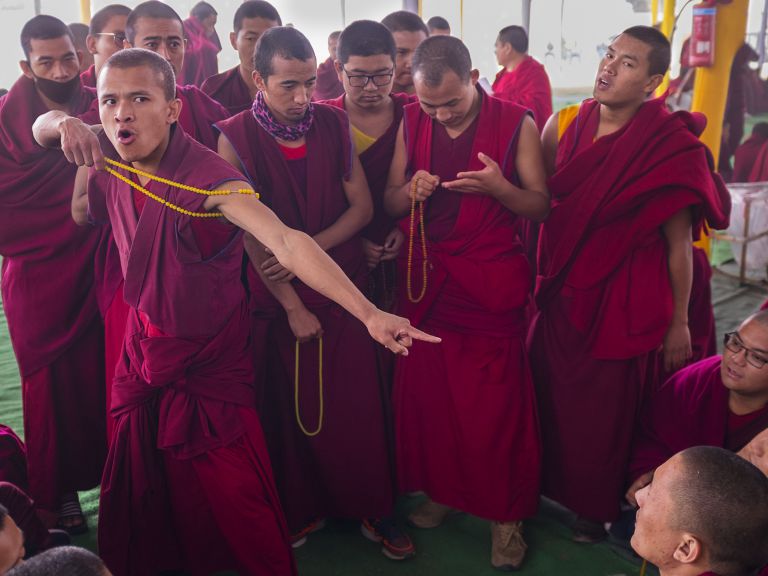 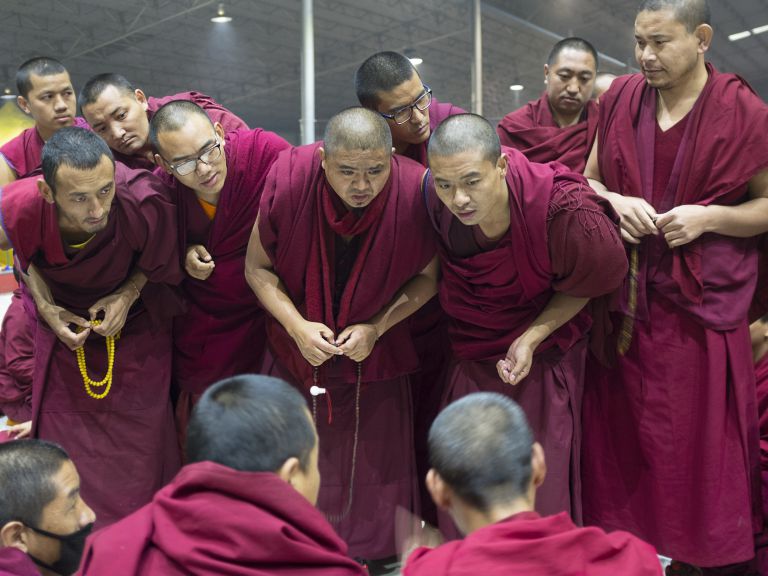 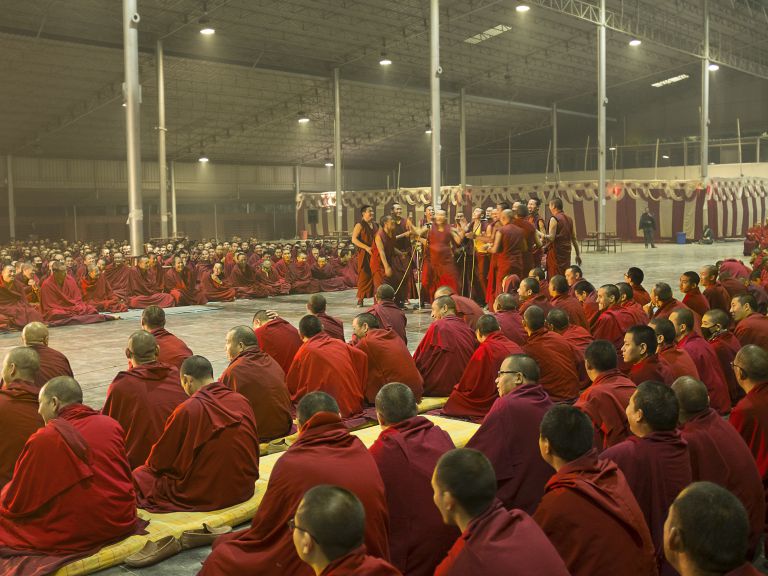 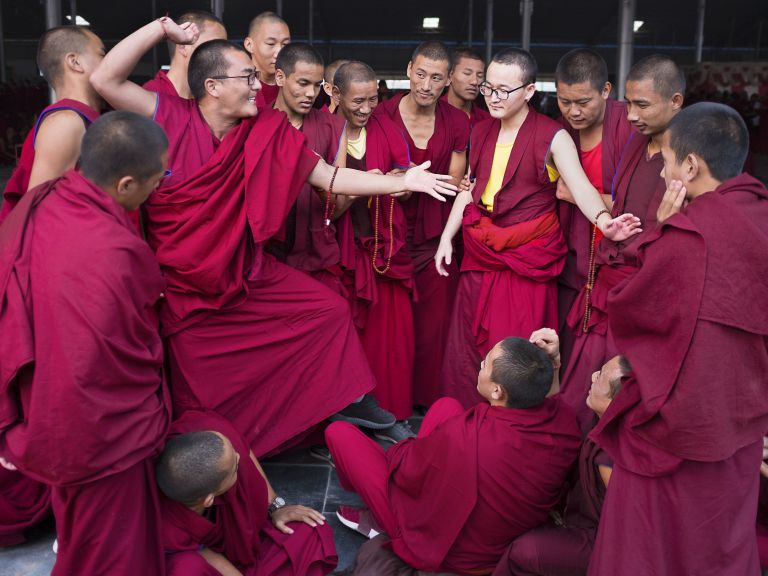 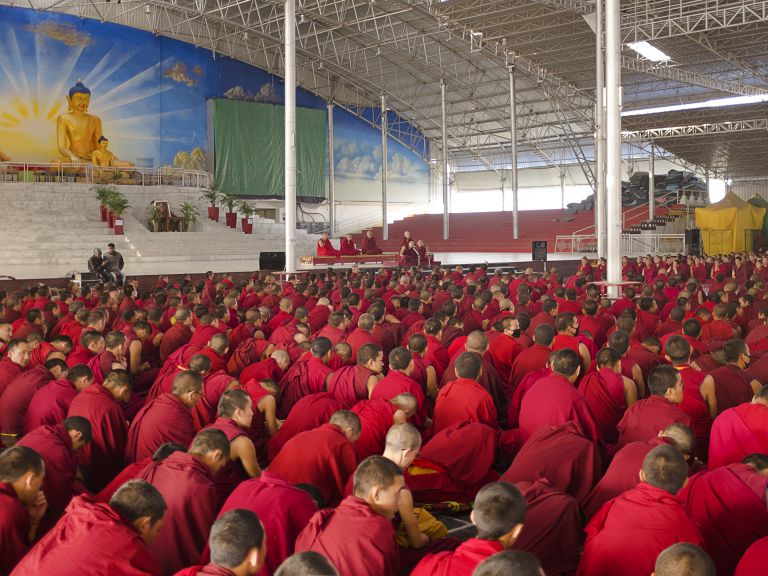 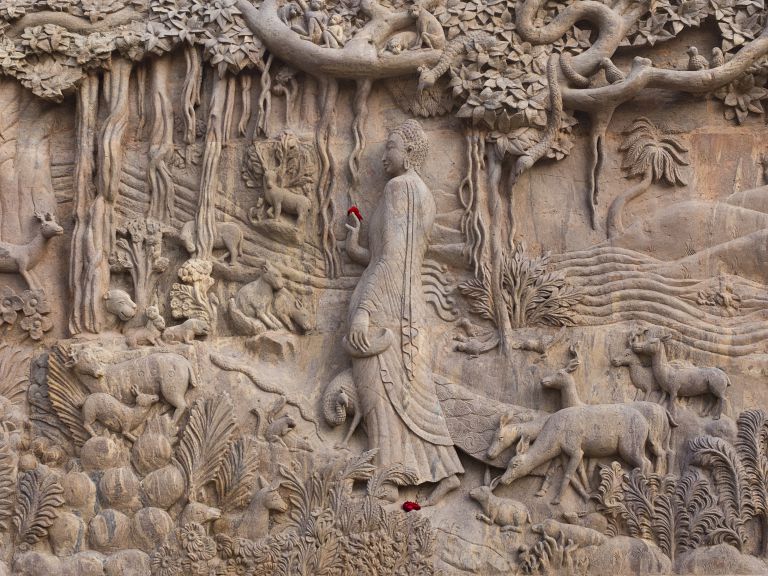 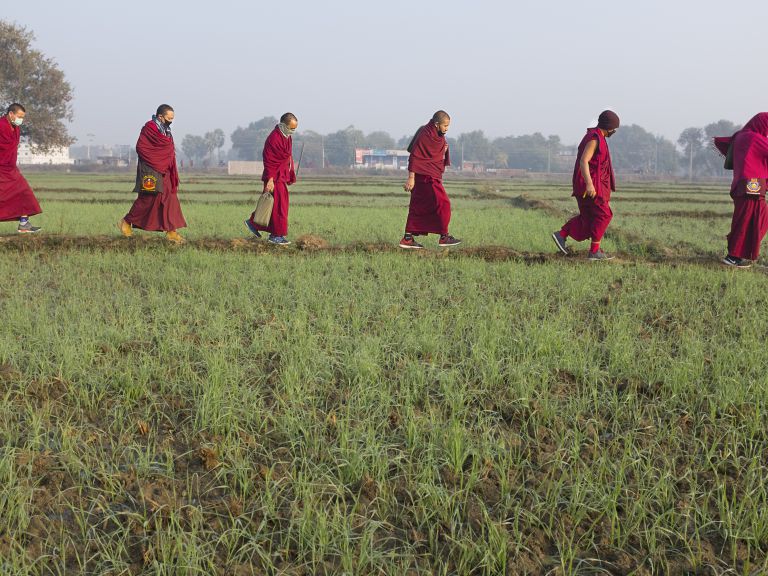 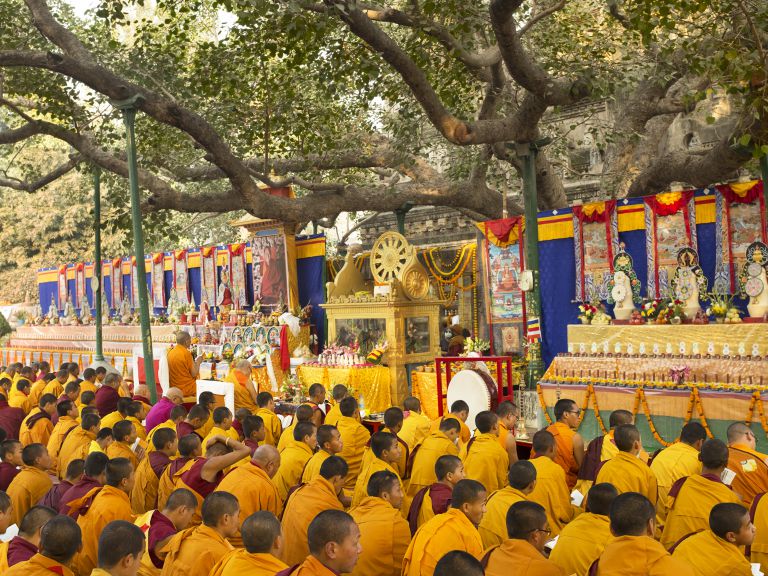 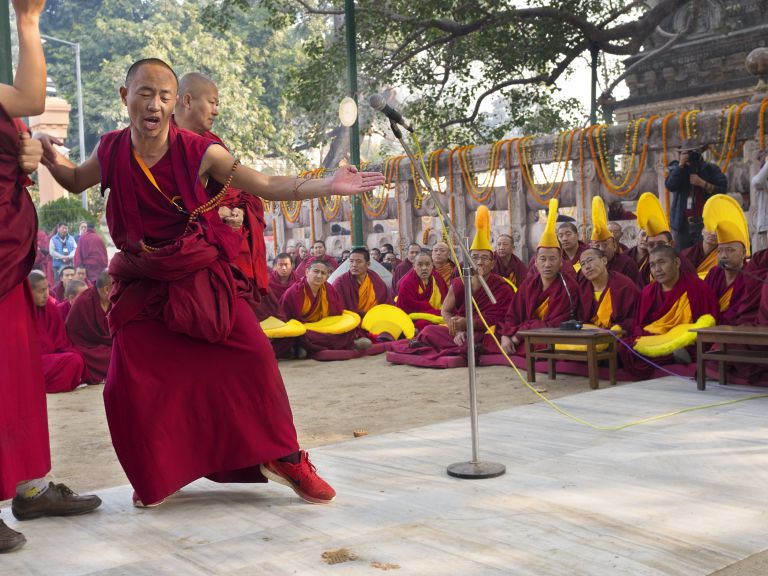 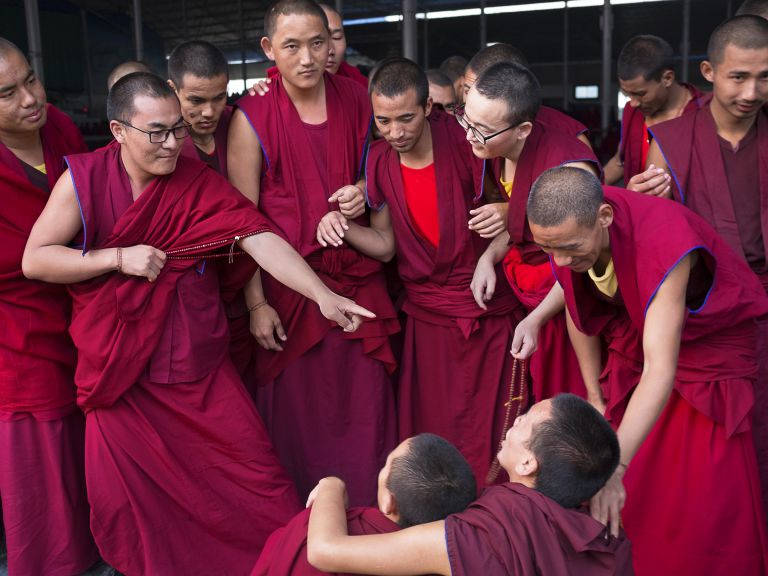 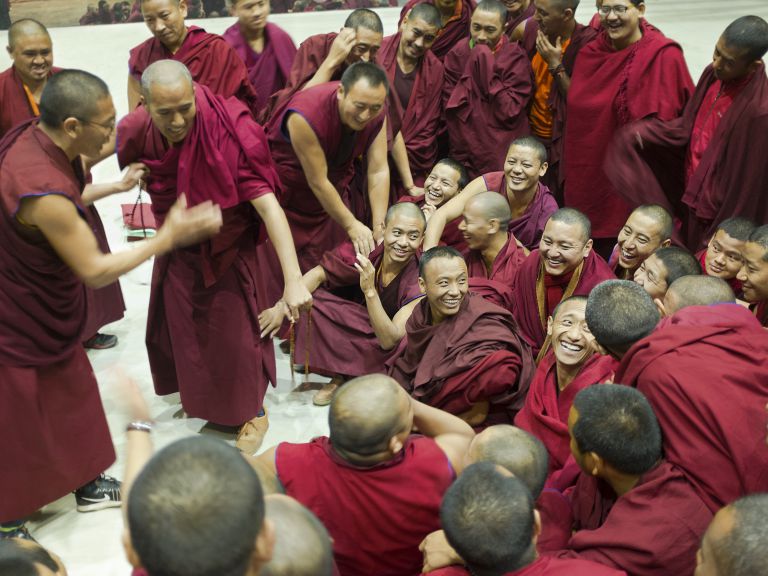 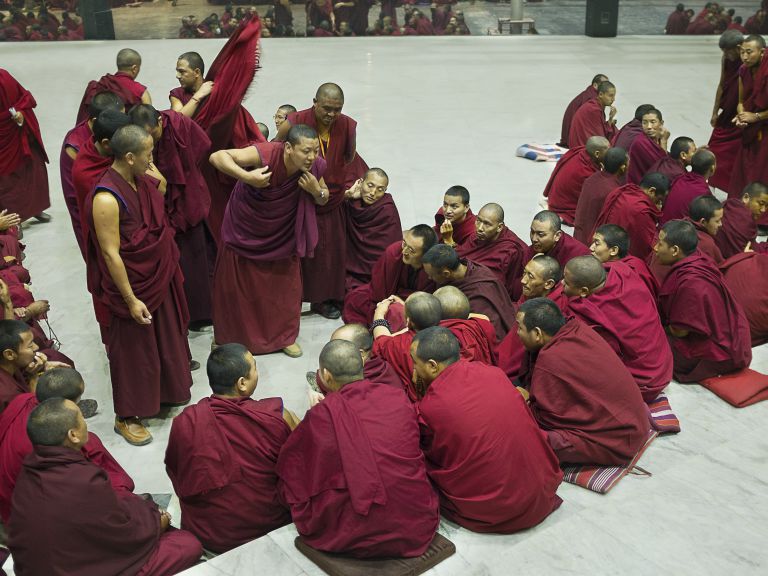