In Buenos Aires the dirty waters of Riachuelo delimit borders and people who have their houses in its proximity live in alarming conditions.On one side it is Capital Federal on the other it is Avellaneda, here Buenos aires there the Province. One of the suburbs on the river is called Isla Maciel.

Amores Perros is a story of love and pain, a story of skin, street, drug, fight and violence. It is the story of some adolescents.Their stories are the stories of many Argentinean boys and girls who grow up on the streets, to whom the drug Paco has sold since the age of eight years old because cocaine is too expensive (20 pesos is the cost of a dose of Paco, just over one euro), whose effects last about two minutes and condemn people to life of dependence and slavery, often to death.

Wrath, pain, impotence, misery not only economic are their daily lives.

Everyone has inherited this situation by many factors: a family that doesn’t exist, violent, addicted or alcoholic parents, an absent government that ignores suburbs, a police often corrupt and accomplice who often comes to terms with the narcos.They have no life’s expectations. Being together is the only way to support each other, spending their days walking without rest looking for food, relieving anger in their raps, loving carnally and, at the same time, fighting like dogs.

In a few minutes from the touristic and colorful barrio of la Boca (meaning due to the fact that it overlooks a stretch of Riachuelo, one of the most contaminated rivers in the world that flows into the Rio de la Plata) just taking a boat where an improvised Caronte drives you through the marsh waters to the opposite shore, it possible to reach La Isla Maciel. It can also be reached by crossing the recently constructed Nicolas Avellaneda bridge, on both sides of which many drug dealers wait for phantoms who are looking for their goods.La Isla was founded by Italian immigrants and port workers who dared to cross in the river and settle into what once was a swamp surrounded by the waters of Rio de la Plata, the dirty Riachuelo and the steam Maciel. Over time, a highway was constructed that cuts half the Isla delimiting two new zones, the favela of Villa Trankila and the Dock Sur with its towers and thanks to an infrastructure project over the past 10 years, Isla has lost its insular condition.This division is now theater of conflicts, a war for territorial control made by Narcos groups. The only truce is possible on every Sunday in the football field located in the center of the Isla, where San Telmo plays, the barrio team, the team of everyone.

People who live in neighborhood like this are often labeled as criminals, discriminated, relieved of any opportunity to improve their status, to have access to structures that can help them or achieve a different job and future for themselves and their families.Abandoned people who organize themselves to not die.Here there are cases of 12-year-old’s adolescents who want to kill themselves having no life’s expectations. Being together is the only way to support each other.Some guys struggle to keep themselves from dying, others let themselves go with no chances to come back. 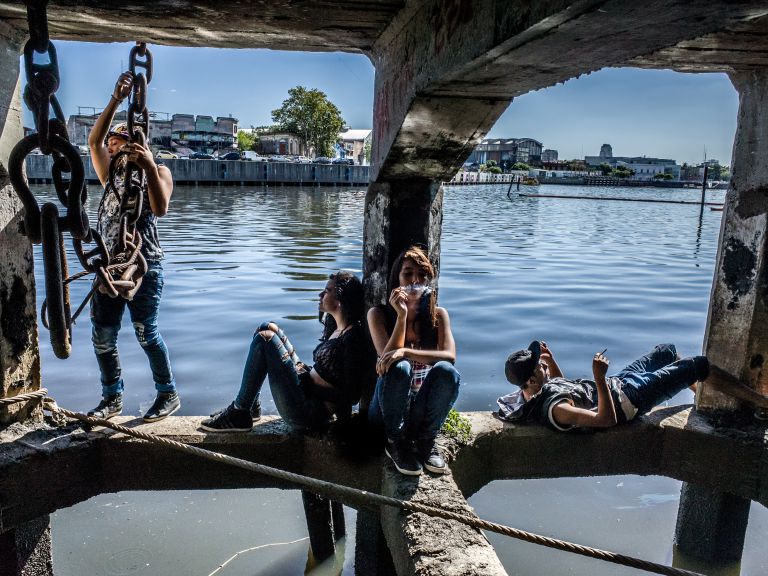 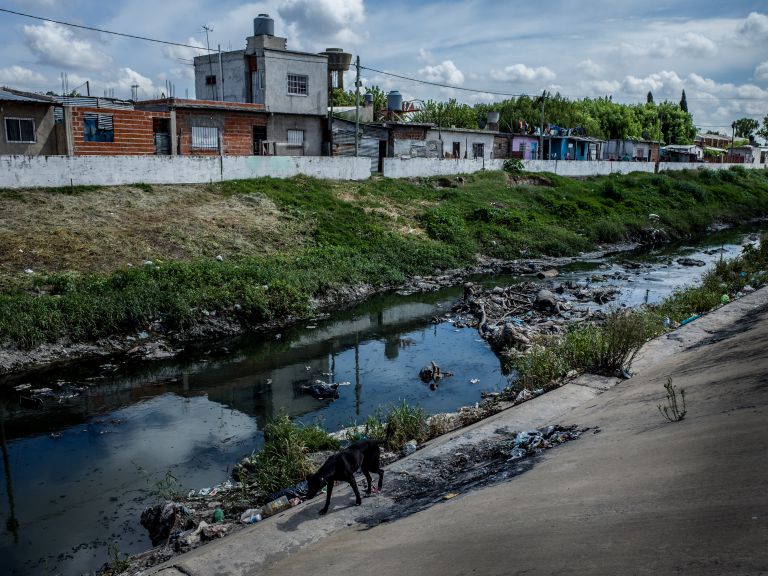 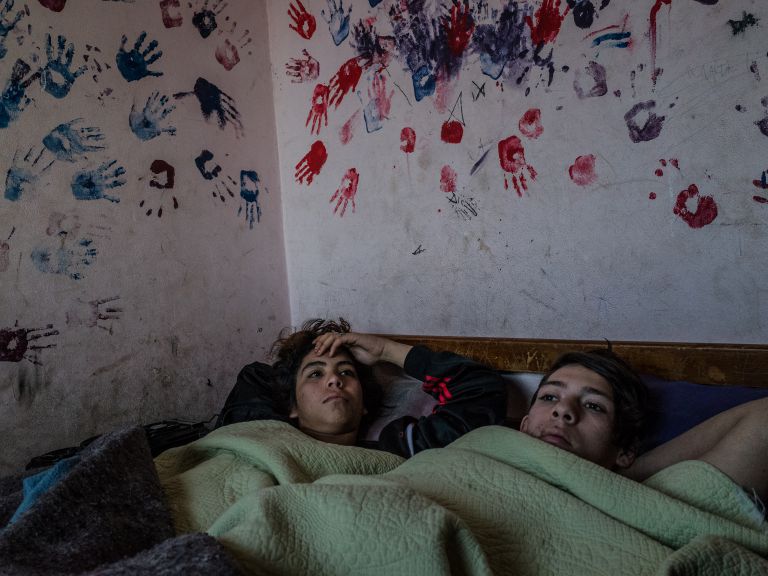 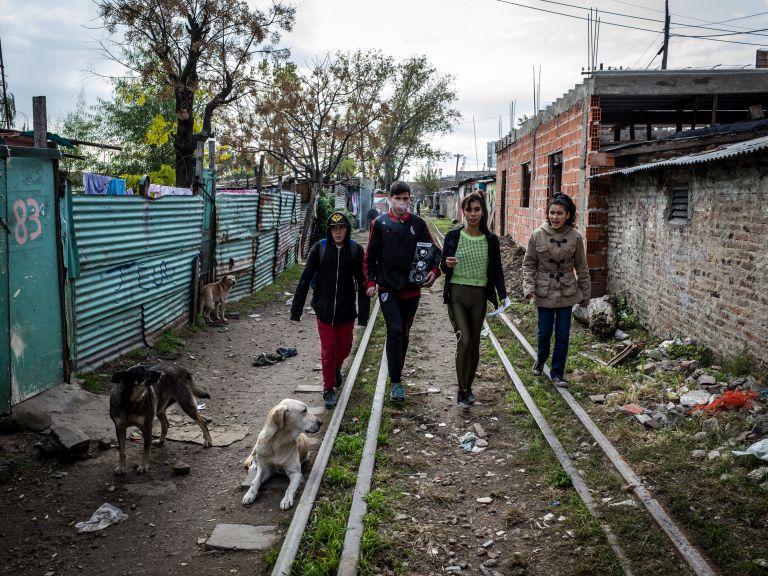 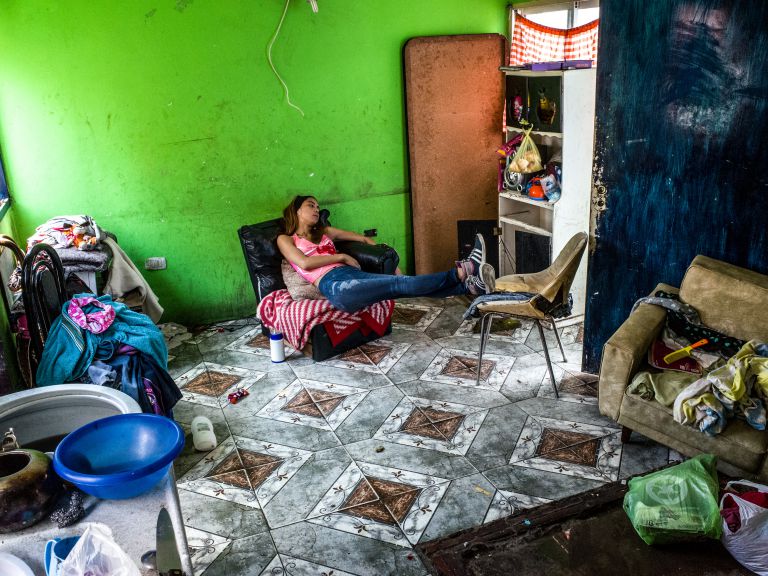 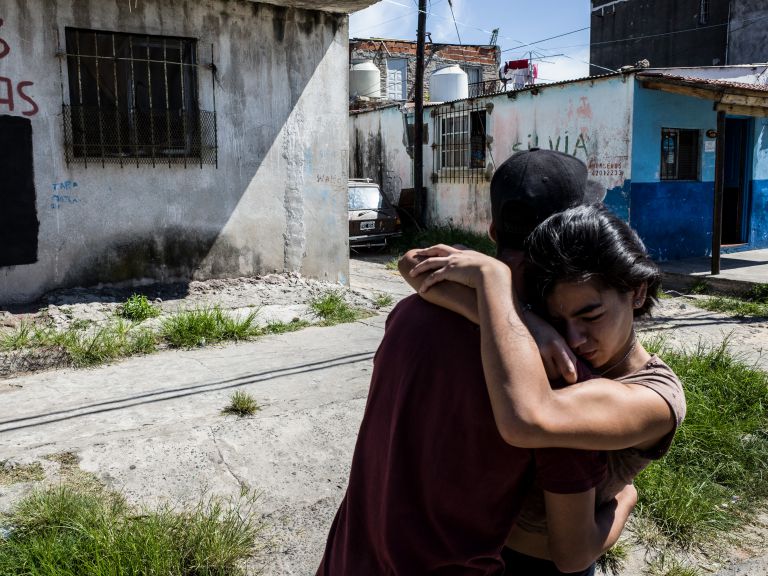 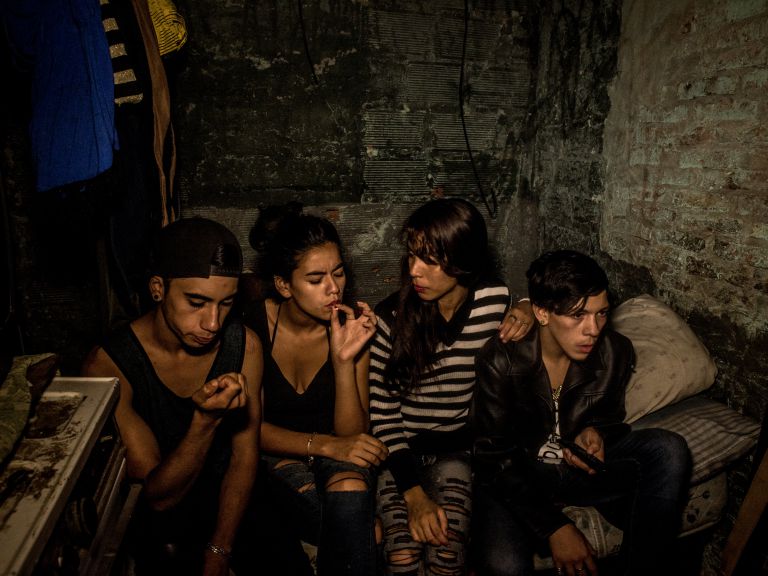 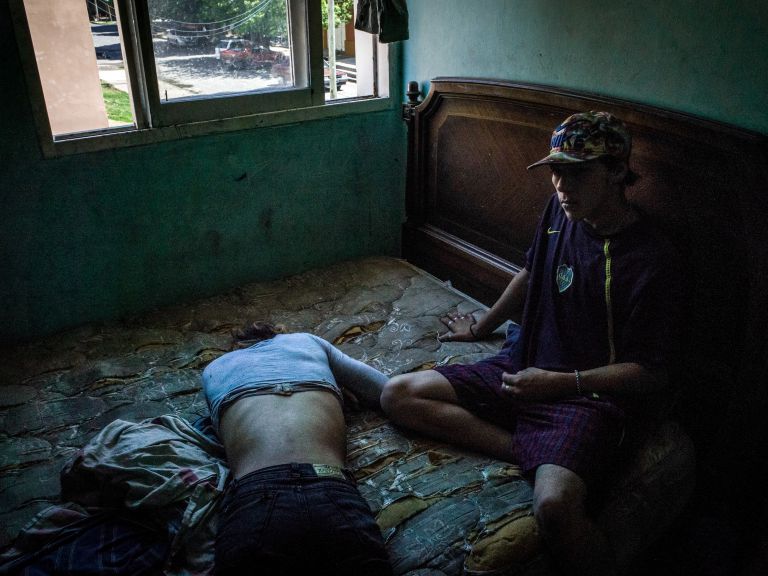 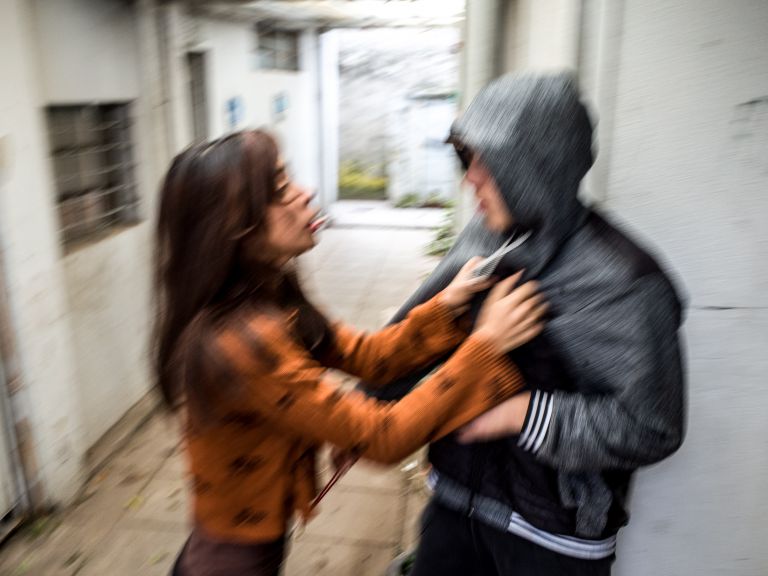 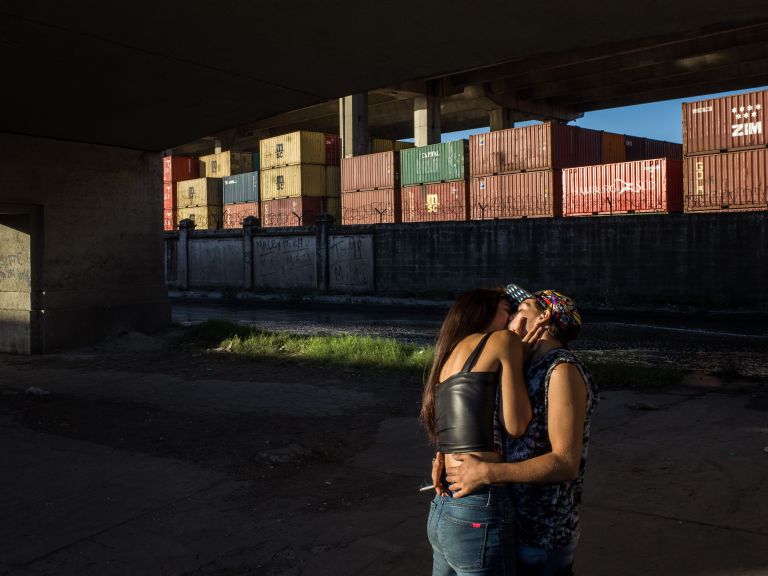 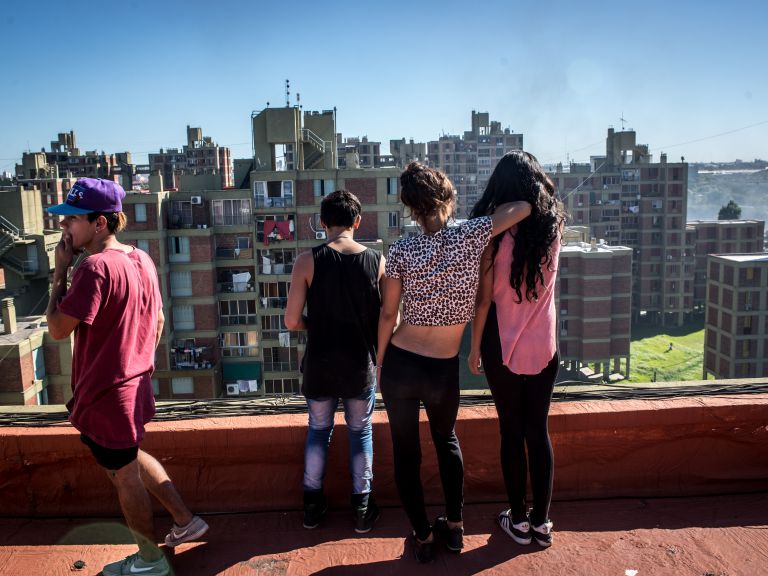