"Thanks to my work, I was able to reconcile with my illness"

Urs was born in 1967 with the Kniest syndrome. There are four known cases in Switzerland, two hundred worldwide. The dictionary describes this syndrome in three lines:

„Knee dysplasia or Kniest syndrome is a congenital developmental disorder of the skeleton with severe short stature and characteristic skeletal changes. The disease belongs to the Kollagenophatien. The first description was made in 1952 by the German pediatrician Whilhelm Kniest.“

One can hardly imagine what lies behind these lines, and it is only when one has met Urs and accompanies him that one becomes aware of what this syndrome means.

Urs was born with severe mobility problems and mastered his first years until his second stroke of fate at age 11. He practically went blind from one minute to the other. Urs never gave up! He came to the blind school and did an apprenticeship as a basket maker. Hardly after the final apprenticeship examination, Urs worked independently and works with great creativity and joy, tirelessly, despite all the difficulties for nearly 27 years in his workshop on the farm (Heimet) "Unwillen" which of his brother and parents, high in the hills of the Swiss Emmental's.

As a photographer, I was fortunate enough to be with Urs, who is now 48 years old. My impressions while working with Urs also changed me (albeit imperceptibly) during this time. 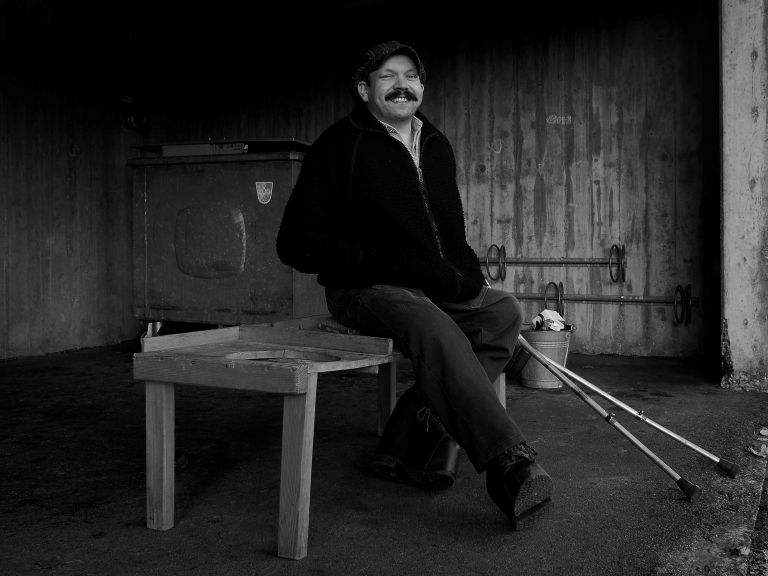 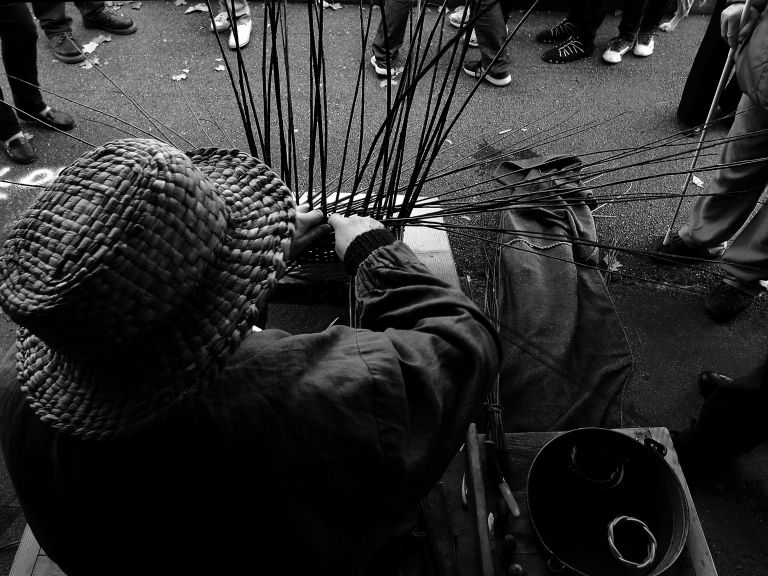 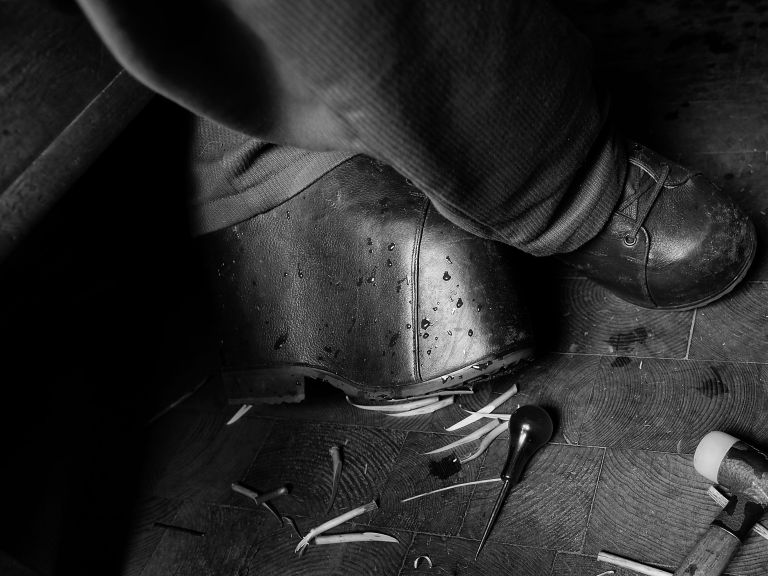 Shoes speak their own language 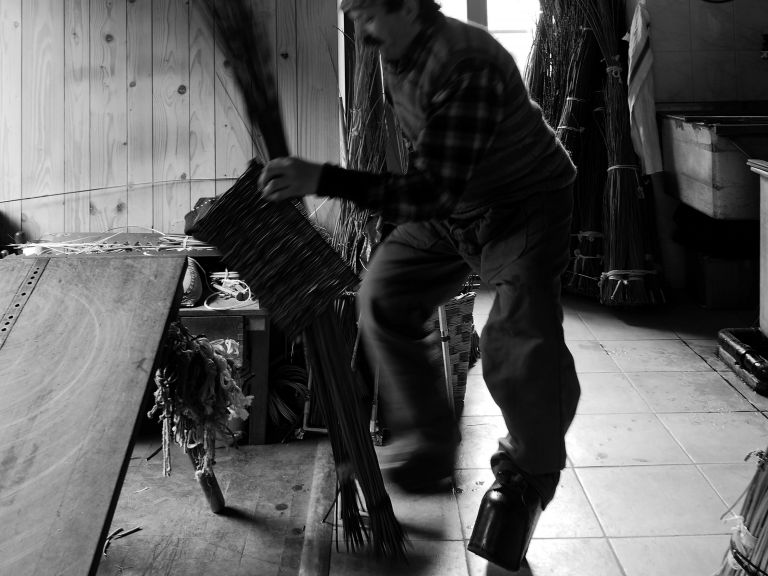 Urs does not need light 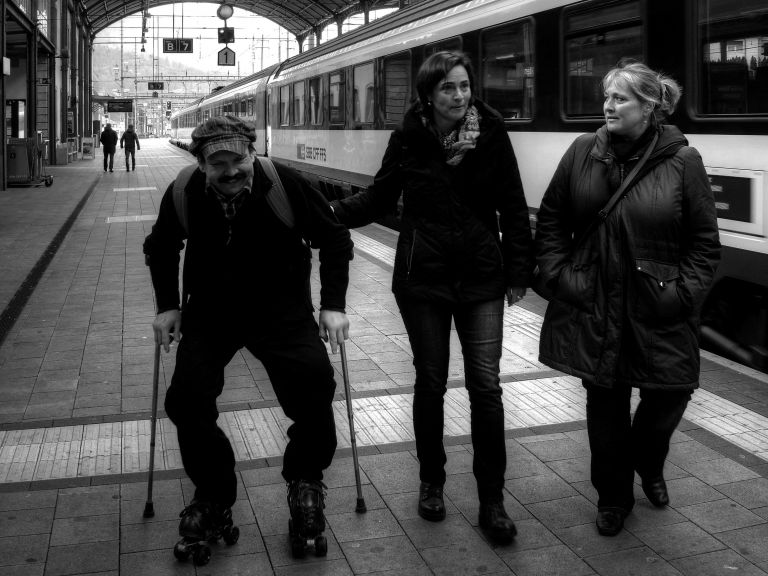 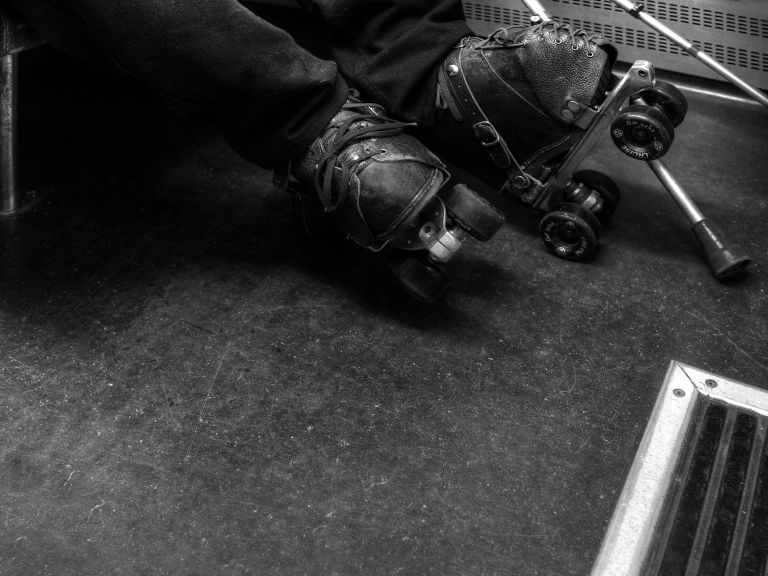 A break in the railway