Project Detail: Once upon a time there was a sea

Once upon a time there was a sea

Moynak, in the westernmost part of Uzbekistan, was a little town that stood on the shores of the Aral Sea. The Aral was one of the largest lakes in the world, and due to its dimension (about 300 kilometers in diameter) it was called sea. Its waters were very fishy and the inhabitants of Moynak were living by fishing and processing the fish, which was boxed here in a factory that supplied the entire Soviet Union, of which Uzbekistan was then a part.

But in the last century the USSR decided to take the waters of the main Aral tributary to cultivate a lot of fields, especially cotton, even knowing that the Aral would be drained. It was one of the planet's worst environmental disasters. The Aral shrunk to less than 10% of its original extent, leaving Moynak without waters and fish. For a while the fish factory continued to work with fish from the Baltic Sea, but whit the end of the USSR this activity ceased, and the inhabitants of the town remained without resources. Furthermore, the region is now heavily polluted.

Nowadays Moynak and the surrounding area have fallen into misery, the fish factory fell into ruins and men and children go rummaging among its ruins looking for some piece of rusty iron to sell for a few coins; on the dried bottom of the Aral Sea, now a desert, navigate a rusty fleet of abandoned fishing boats.

Only in the last years something seems changing, the Uzbek government is doing something and a bit of hope is back; in the meantime the children play and smile. 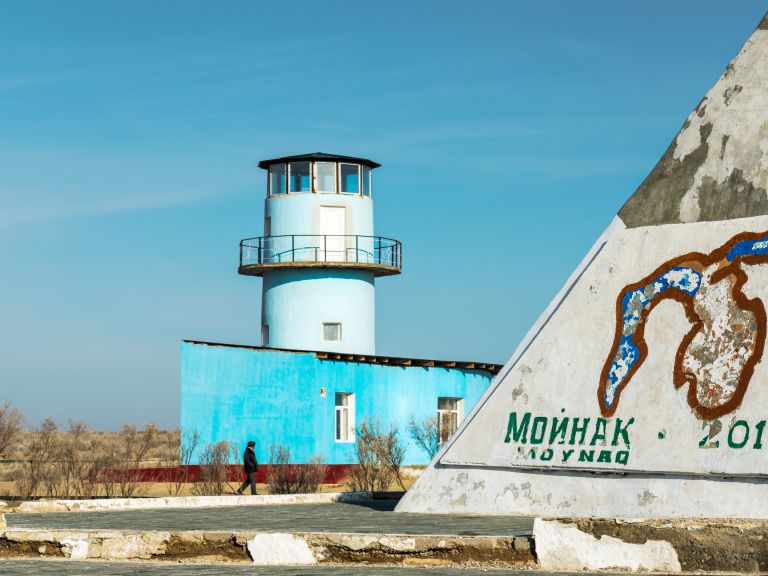 A Lighthouse in the Desert 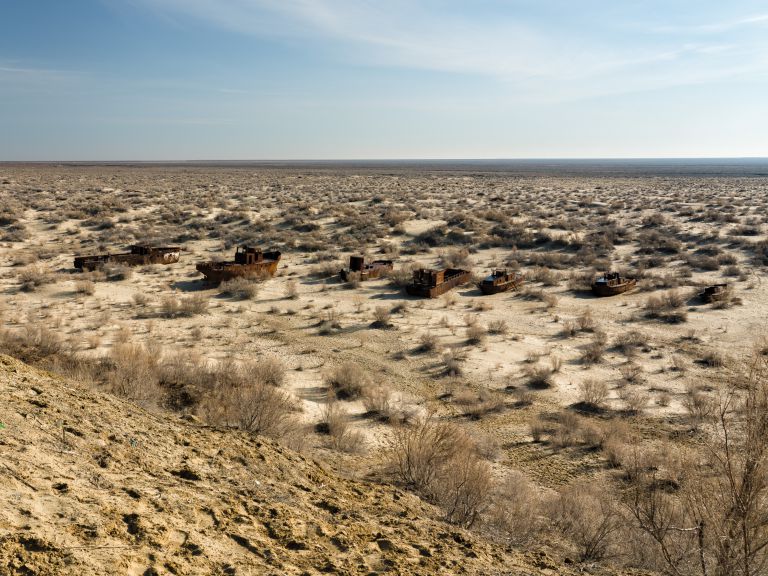 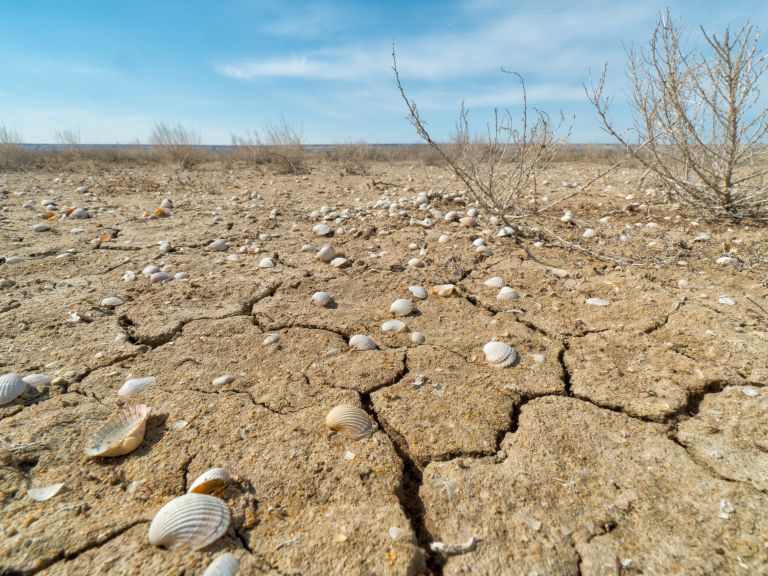 The shells in the desert 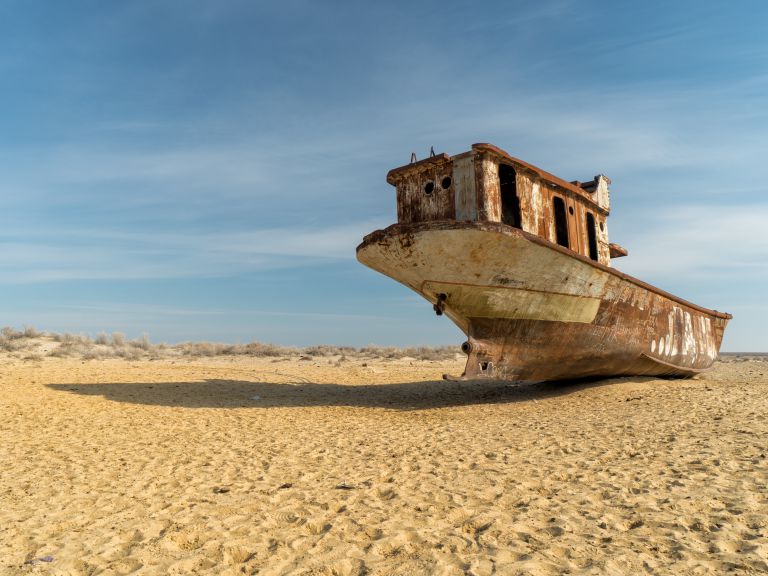 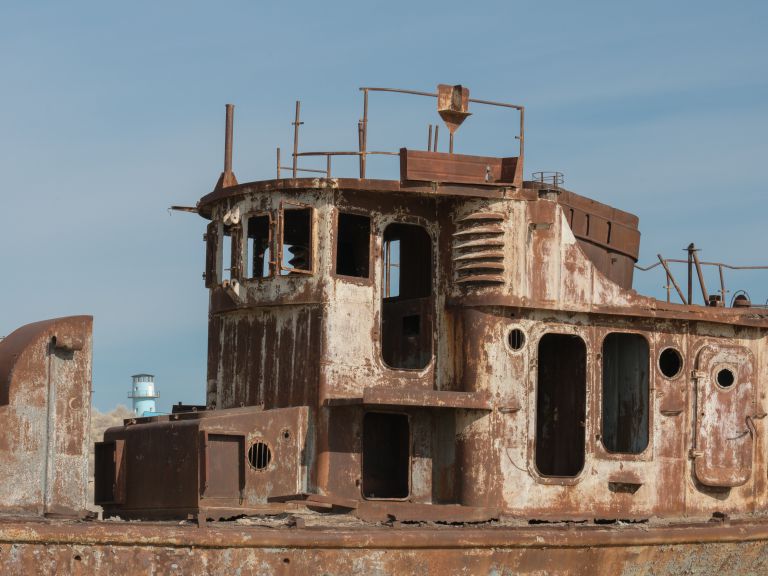 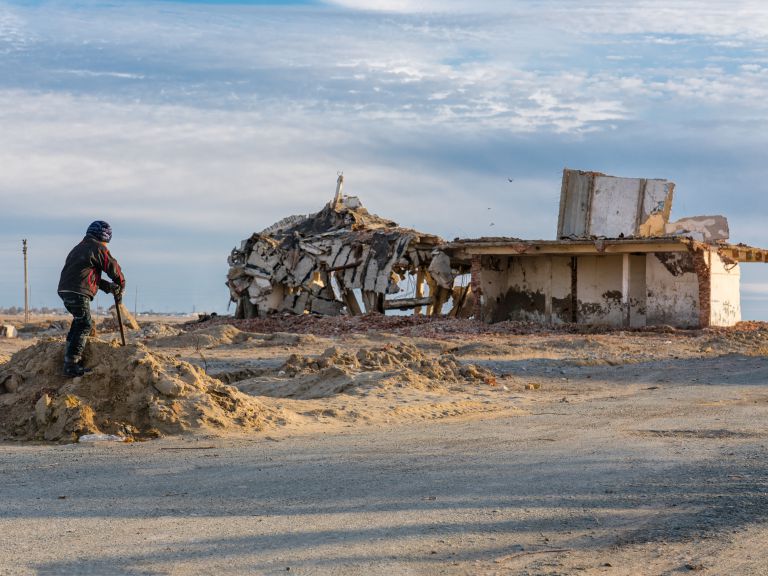 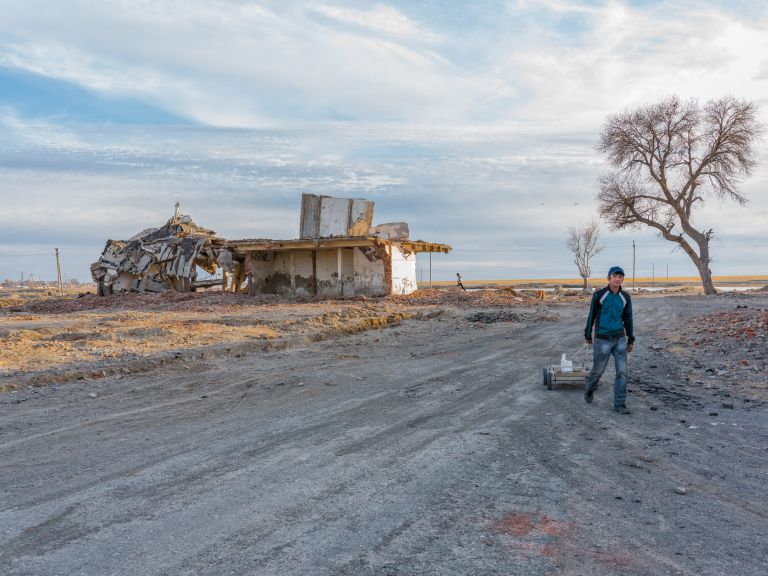 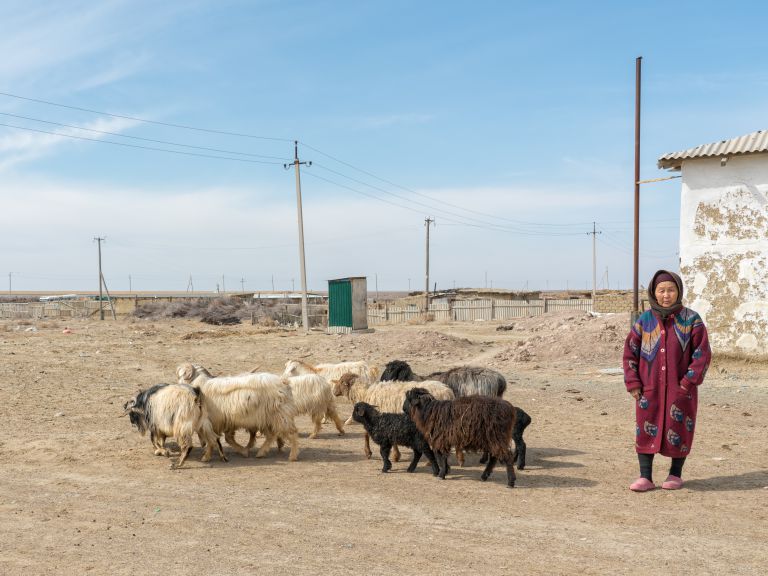 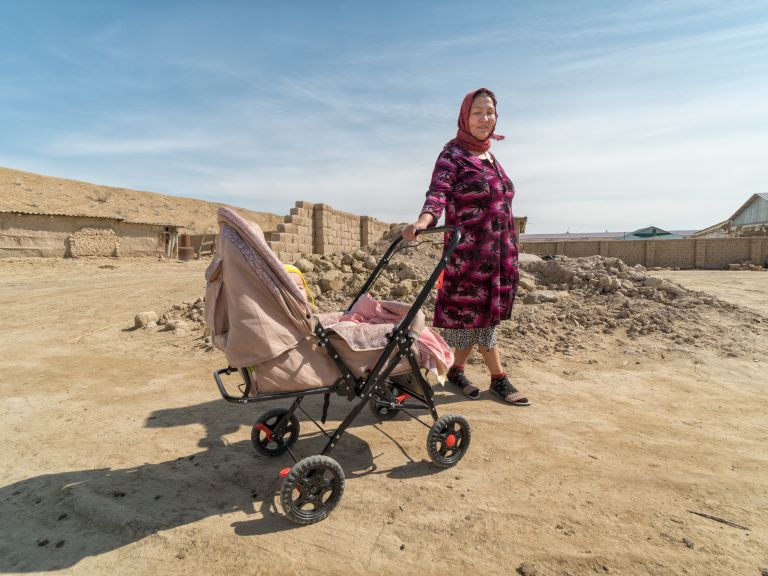 The granma and the baby 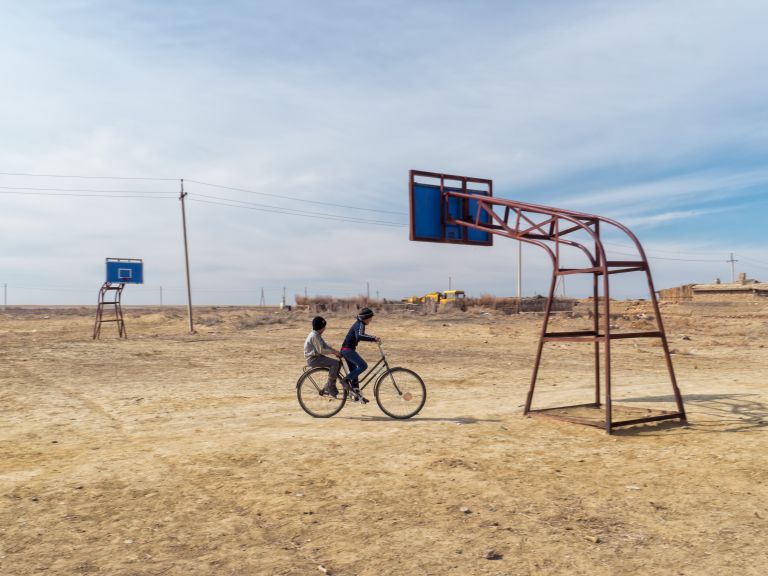 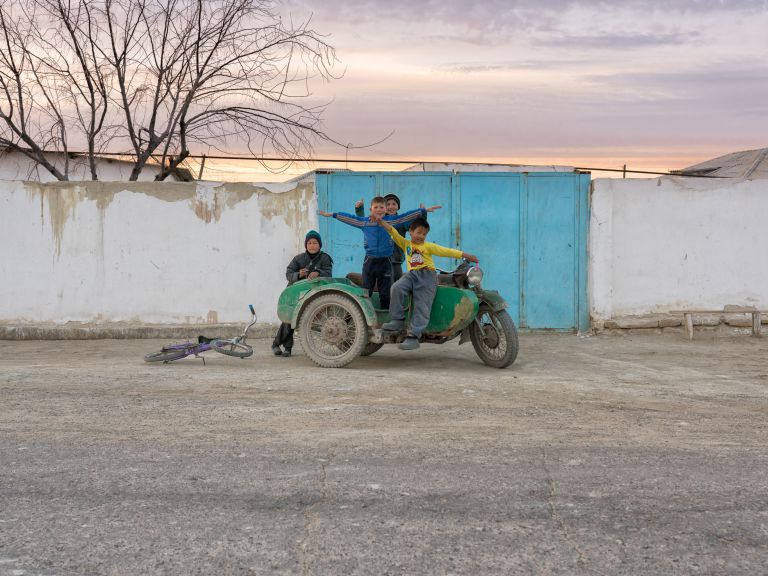 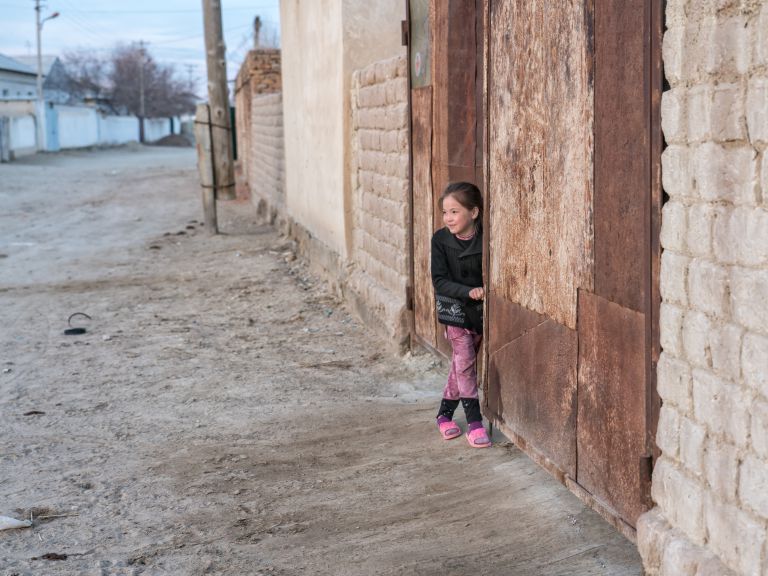