Armido first learned about his illness - a very aggressive form of ALS - in September 2016, after a serious respiratory arrest. Since his admission at the nursing home, a slow and painful agony began, during which Armido had to live a excruciating series of "last times": always completely lucid, he manifested his desire to spend his last Christmas at home, to be able to watch his favorite soccer team, Fiorentina, play at the stadium one last time and to attend his nephew’s confirmation. After almost a year of battling one of the most devastating illnesses known to mankind, Armido - loving and kind till the very last moment - gave his consent for palliative treatment. Leaving the unbearable emptiness of those who, without knowing, taught us ultimate lessons of humanity. 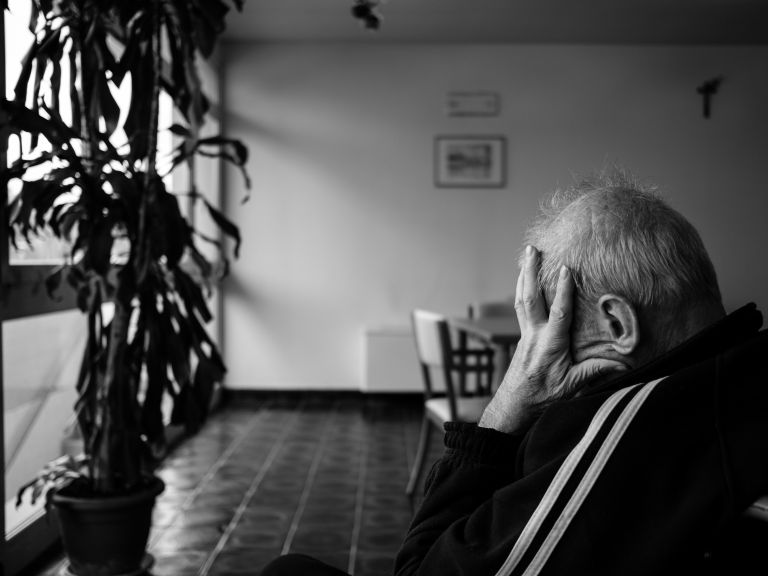 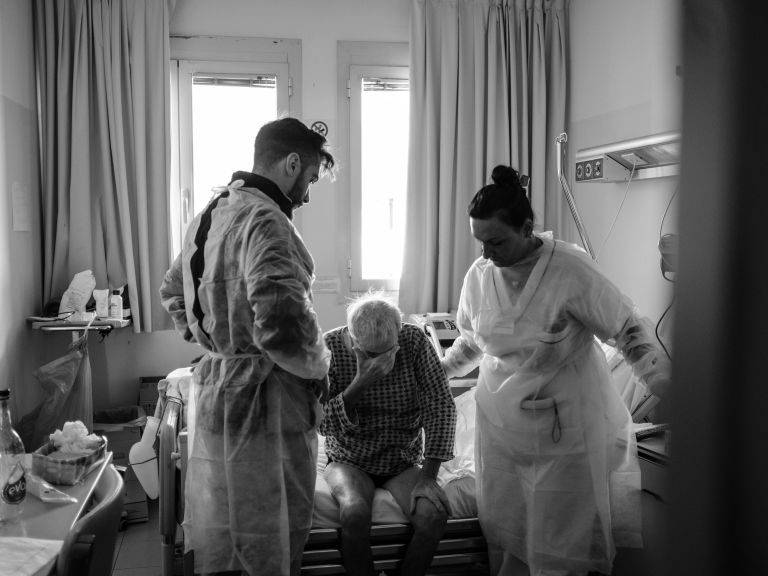 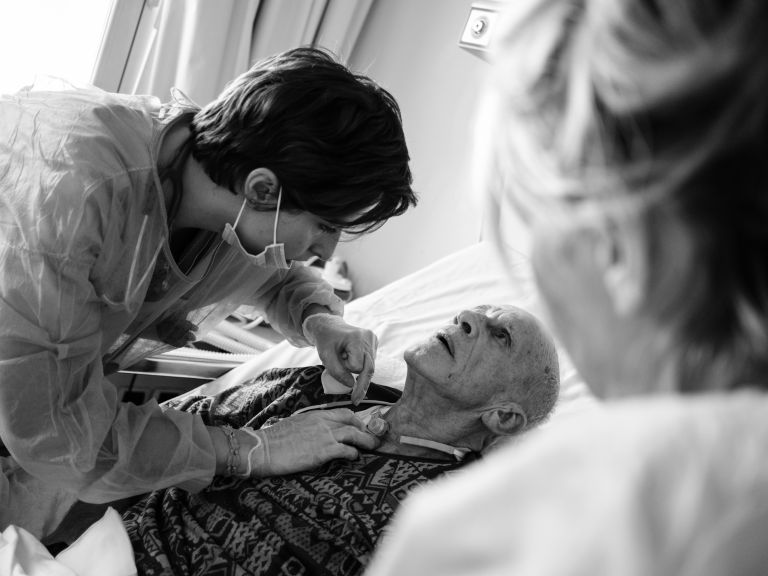 A nurse checking the status of the tracheostomy 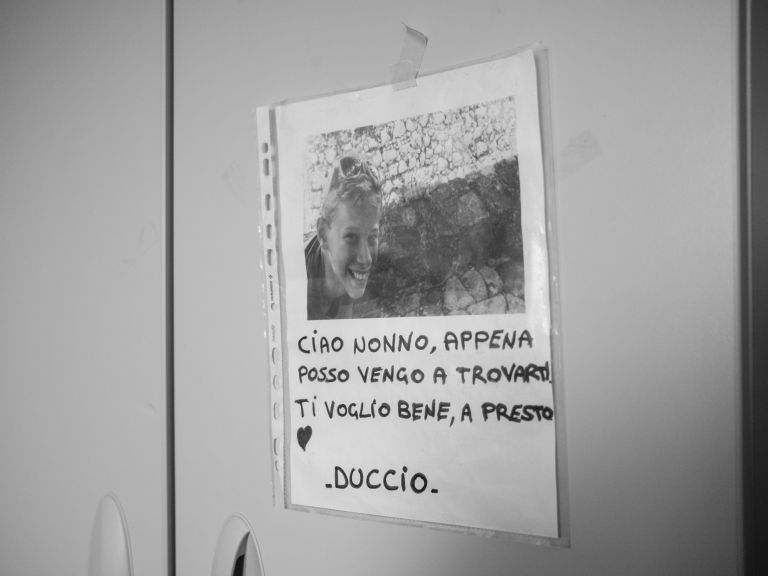 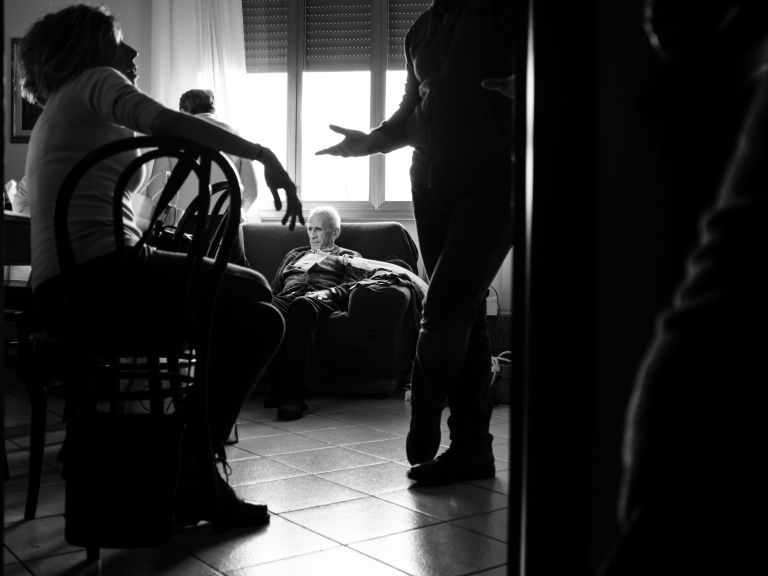 For most of the time he spent at home for Christmas, Armido - not being able to eat or drink - linge 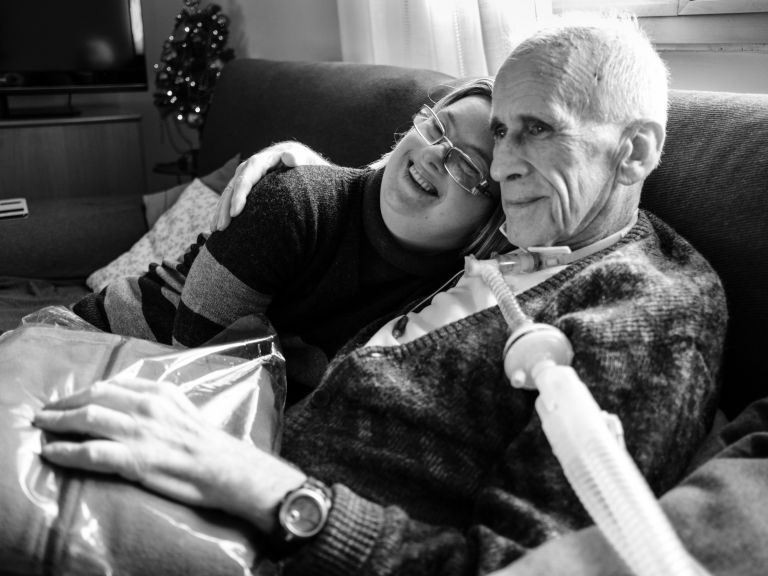 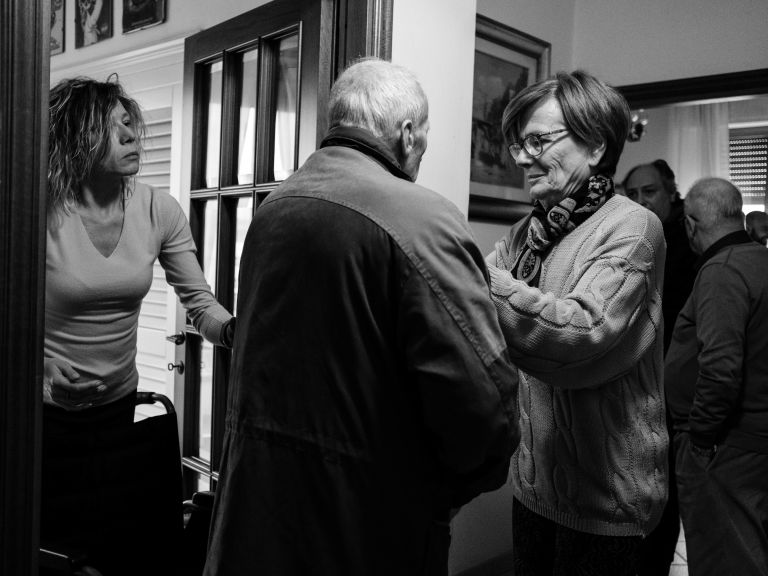 The time for Christmas celebration with the family has come to an end, Silvana carefully dresses Arm 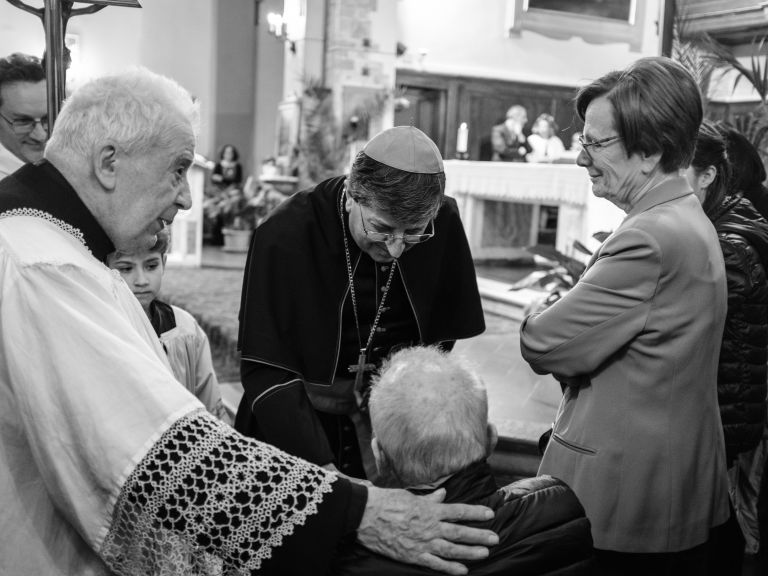 Armido, who just got to church for Duccio’s confirmation, is greeted by Cardinal Betori 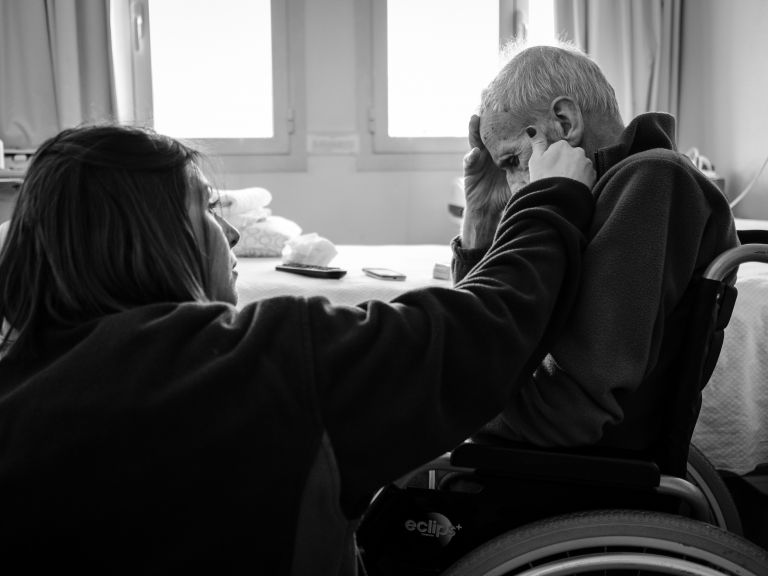 A nurse consoles Armido after a chrisis 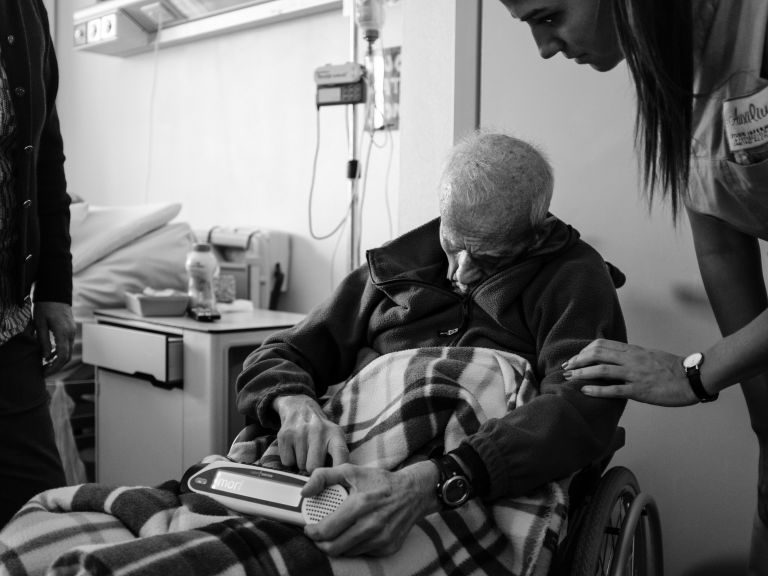 Armido, completely worn out, holds a communication device in his hands and he starts typing the word 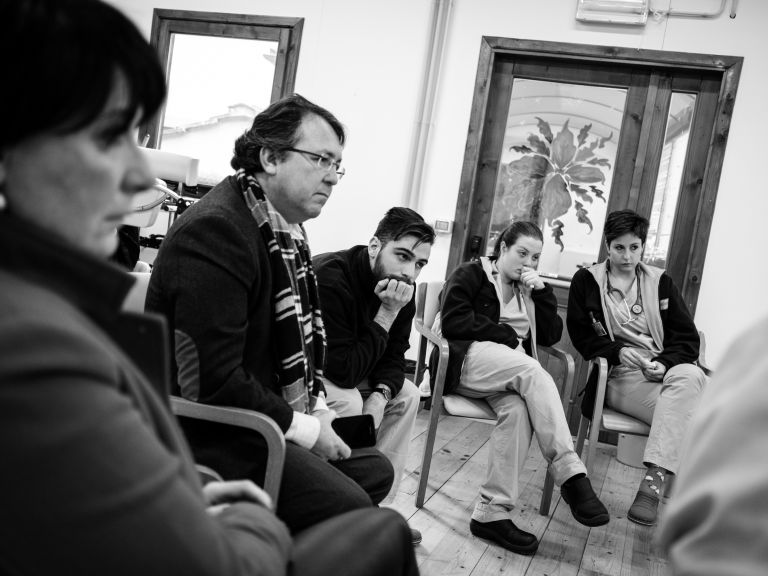 Emotionally exhausted, the nurses in charge of Armido’s care are counseled by a psychologist from 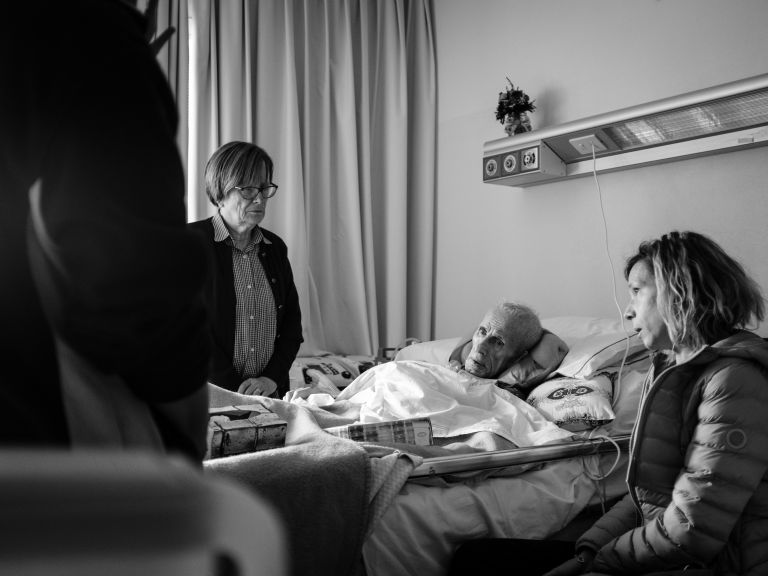 The doctor in charge of palliative care asks Armido, in presence of his wife and daughter, permissio