Project Detail: WE LIVE HERE — A map is not a territory —

WE LIVE HERE — A map is not a territory —

WE LIVE HERE — A map is not a territory —

with the decline of a nonrenewable resource,

invisible to straight examination of a trivial map;

HOW settlement and roofing of surfaces – once rural –

to build tower blocks and warehouse,

causes superstructures, into which environment succumbs;

HOW waterproofing of industrial and even more commercial settlements

unlimited by dimension and number — beside the housing clusters —

with increasing handling needs for people and vehicles,

infrastructures necessities for parkings and driveability,

makes us unable to evaluate the side effects

for our misunderstanding of the land real function;

HOW barriers, walls and variously built and raised rails

and who there live is deprived of the horizon around him,

I began to photograph these places

— not even too far from my territory —

WHEN I put a simple map

side by side to what I used to have at eye level;

WHEN I realized the impossibility

of scouting a place simply walking onto it,

the ban of a prosaic stop or merely get out the car;

WHEN I considered the daily metamorphosis of reference landmarks,

noticed the inebriated orbits round the roundabouts,

catched the lack of ‘seasonality’ of large cemented 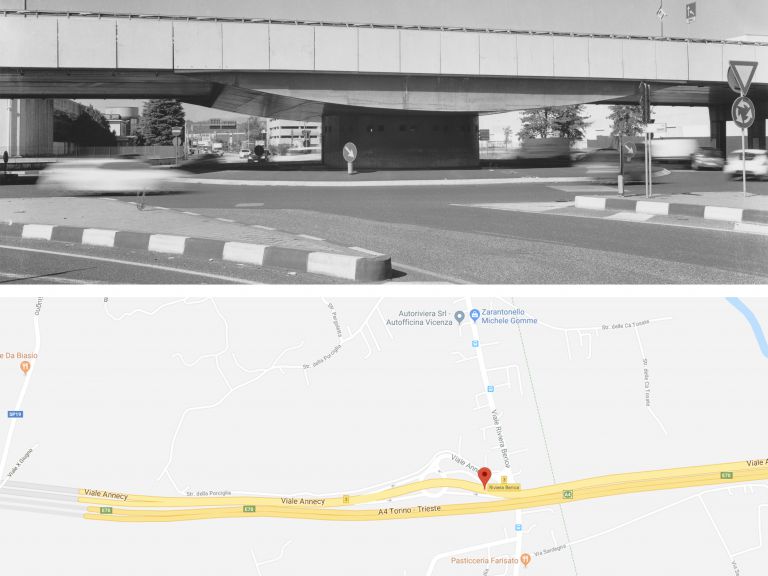 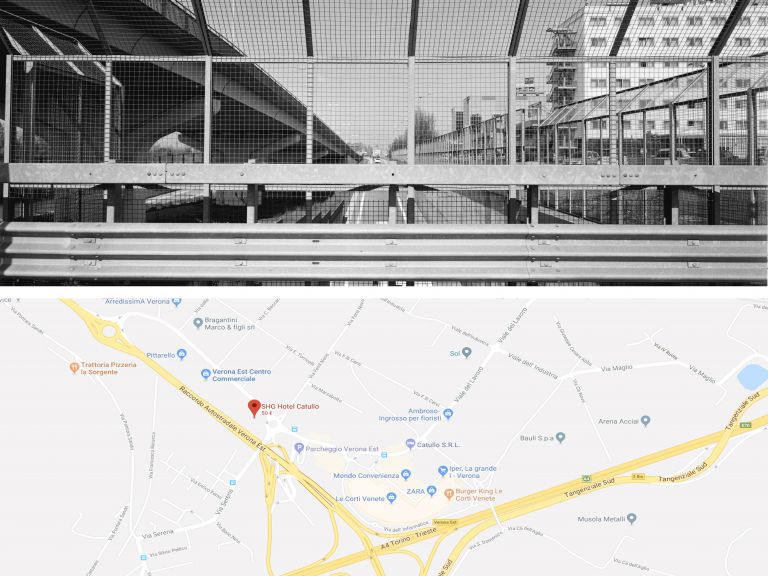 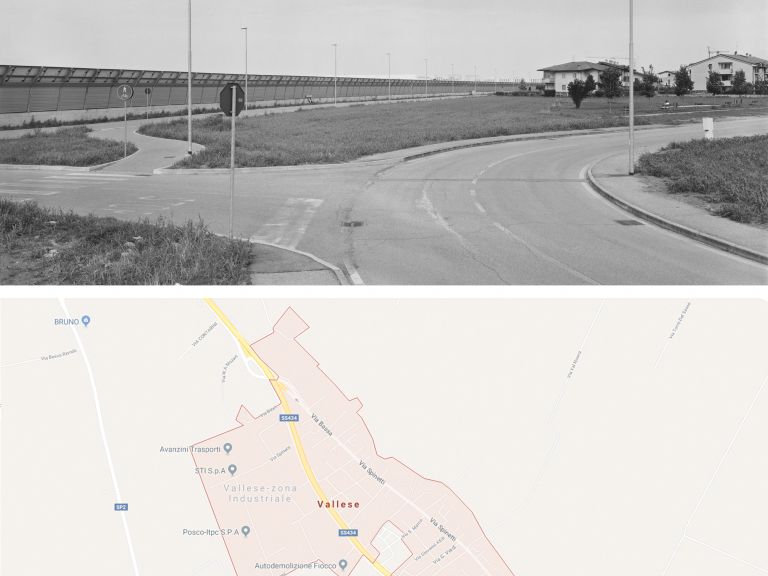 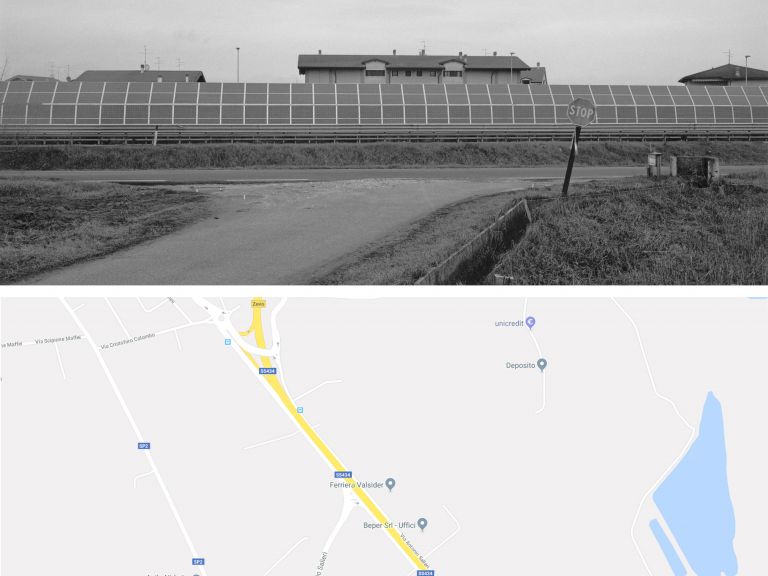 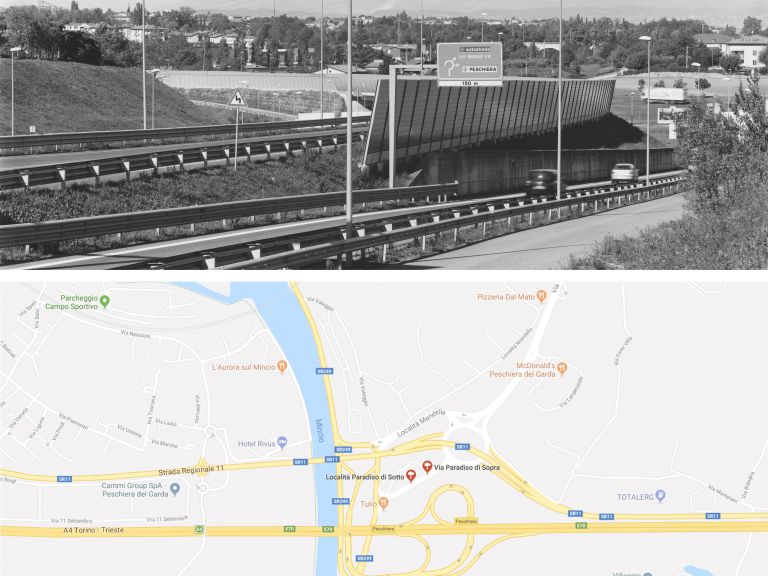 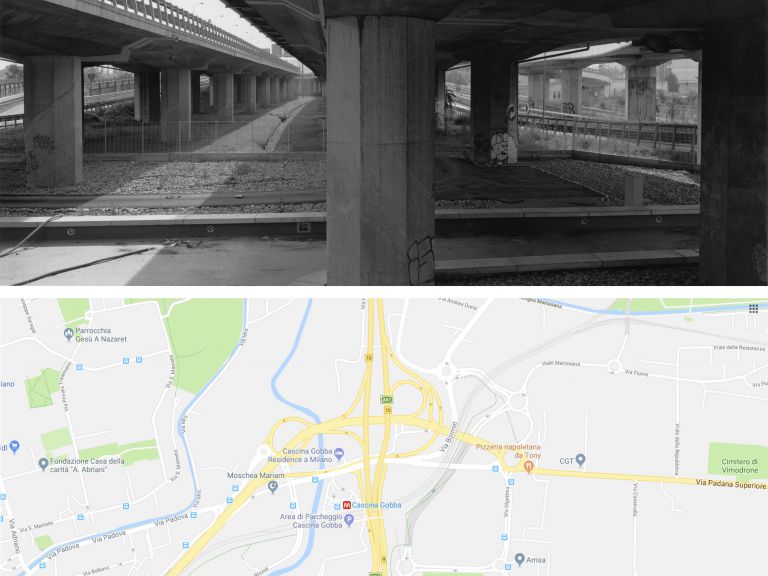 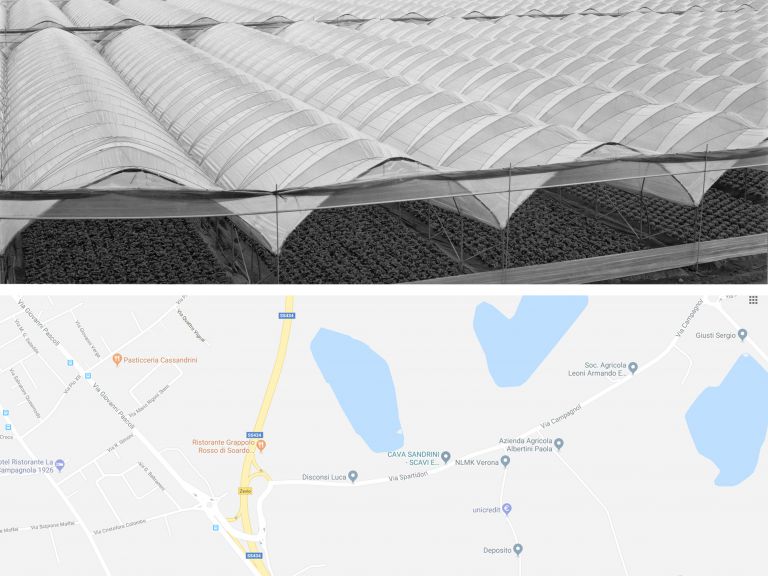 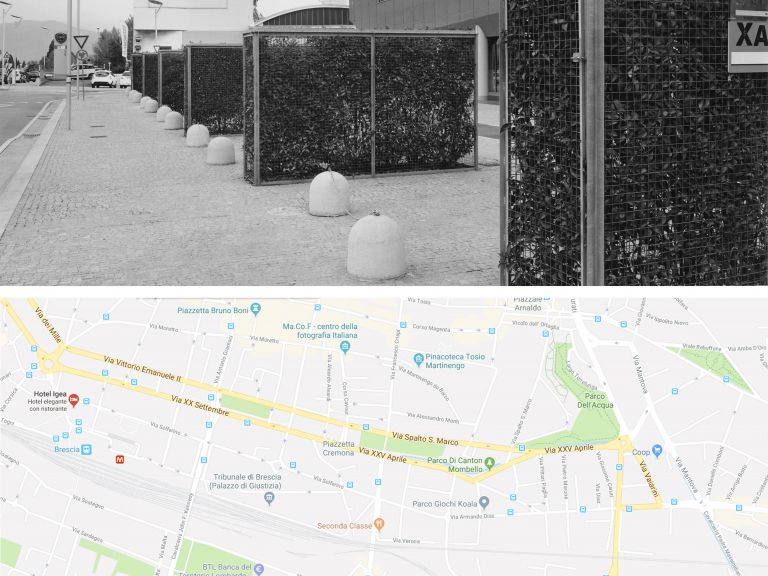 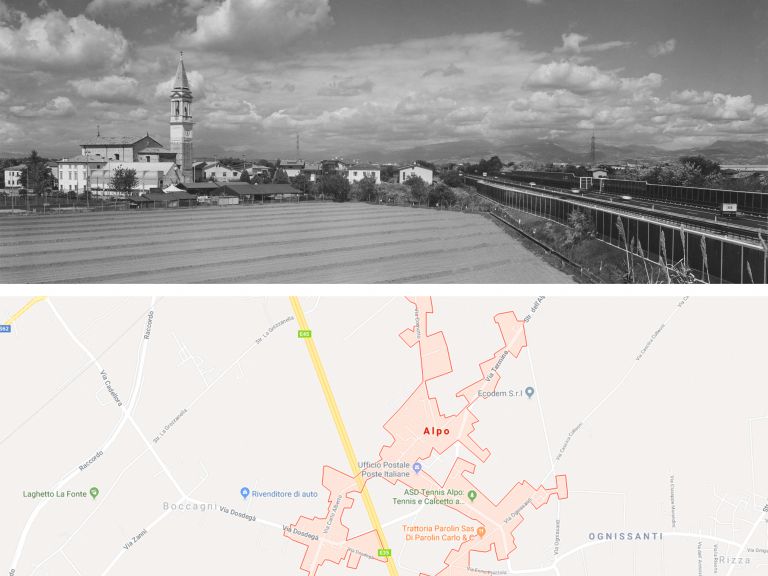 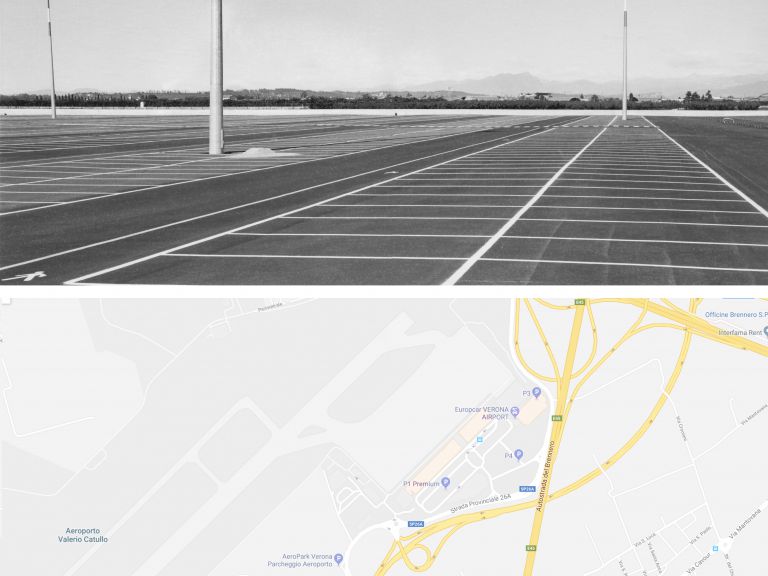