Project Detail: The Calais ‘Jungle’: From Colour to Monochrome

The Calais ‘Jungle’: From Colour to Monochrome

Alexander Durie first went to Calais in late June 2016 to volunteer with the NGO Help Refugees for two weeks. There, he worked in the ‘Jungle’ with a fantastic team of volunteers, distributing urgent aid donations (kitchenware, sleeping bags, etc.) in a big team that endeavoured to cater the needs of the increasing population of the camp that was predicted to reach 10,000 residents during the summer.
Durie used his inside position as a volunteer to familiarise himself with the ever-changing space of the ‘Jungle’ and spend time with several residents eager to have conversations and learn about one another’s different cultural worlds.
Having a passion for film photography, Durie used his few moments of spare time in the ‘Jungle’ to photograph some of the many striking scenes. The site proved itself a surreal setting; it contrasted horrendous conditions against hopeful messages in the dream of reaching England. It was this juxtaposition that Durie tried to portray in the first set of pictures.
During the following months, Durie was abroad and thus unable to return to the ‘Jungle’ site before it was demolished in late October 2016. He was only able to return to Calais in March 2017, around 9 months after his first stay, having remained in contact with volunteers still working there who emphasised that help was still needed and that the situation was not over.
Durie could only stay for a few days to avoid prolonging his absence at university, but it was enough to reconnect with the unique atmosphere among volunteers there. Despite warnings of the ‘Jungle’ now being an off-limits and deserted place, Durie entered the site on his last day of work to spend the afternoon trying to recapture the place once more with his film camera.
The first set of pictures were thus taken in colour in the early summer of 2016, whereas those in monochrome were taken about 9 months later in March 2017. It was the photographer’s intention with the second series of pictures to reproduce the original ones and to capture an intimate act of remembrance to a highly-publicised place. A place that once symbolised hope and love for many refugees and even volunteers despite the constant hardship, but that has now become ash and dust, as desolate as the black-and-white shots of the present. 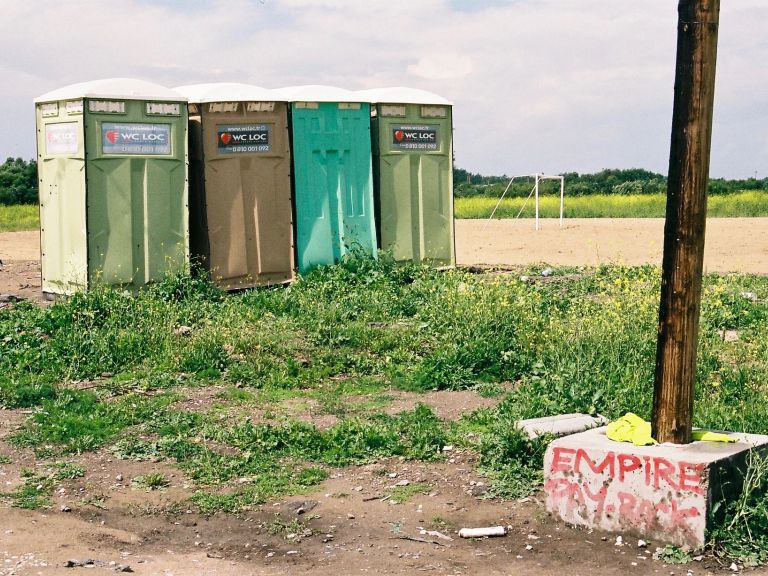 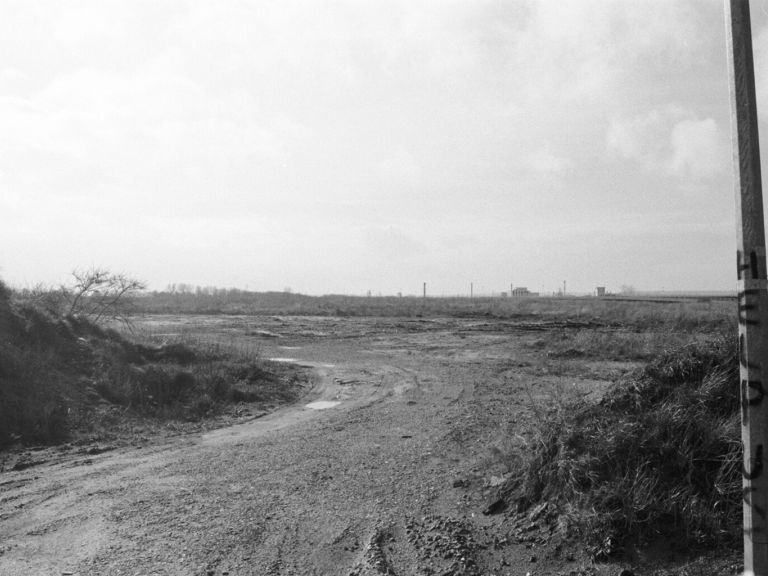 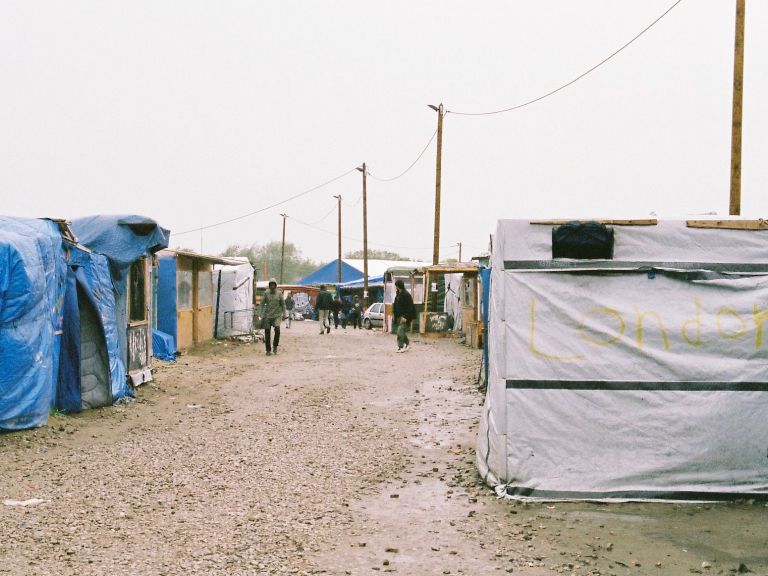 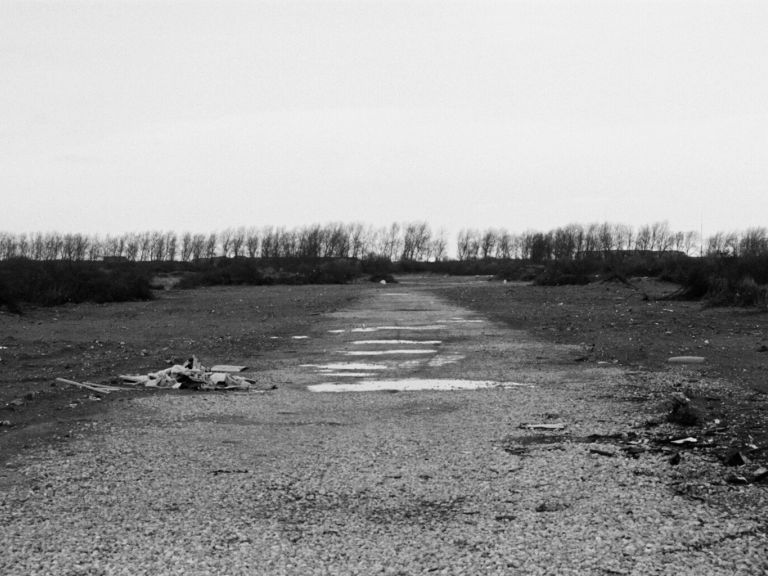 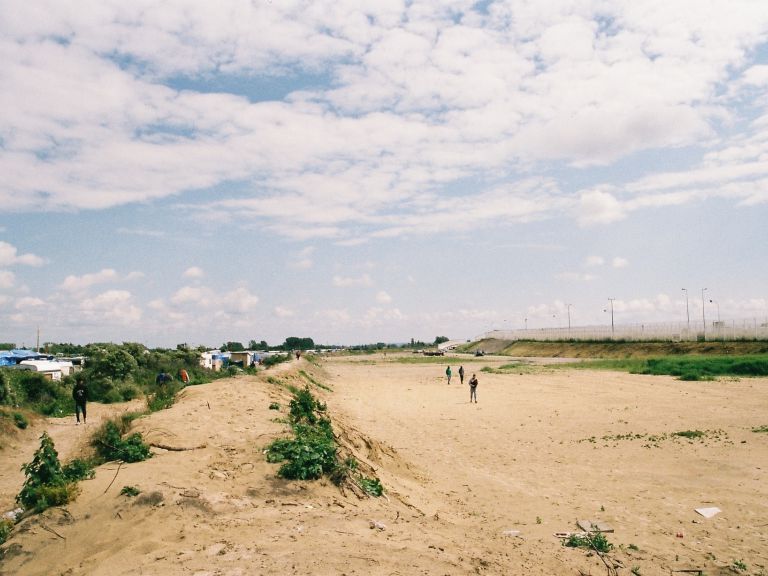 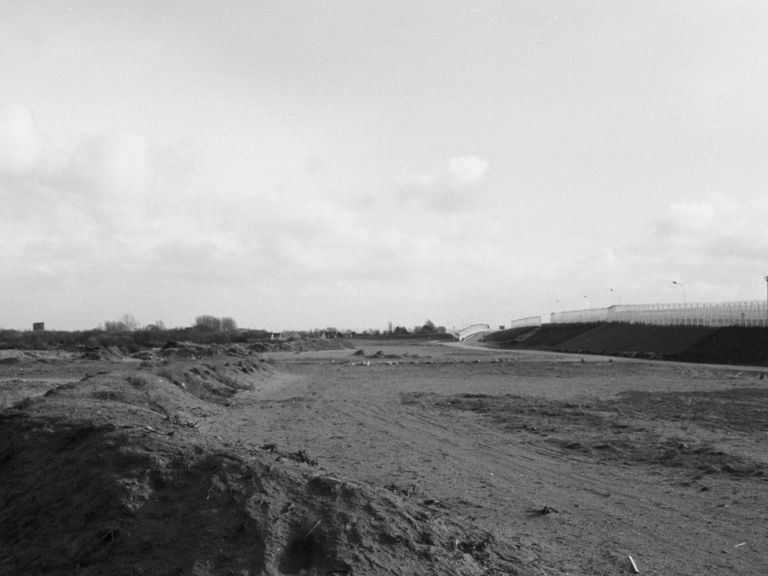 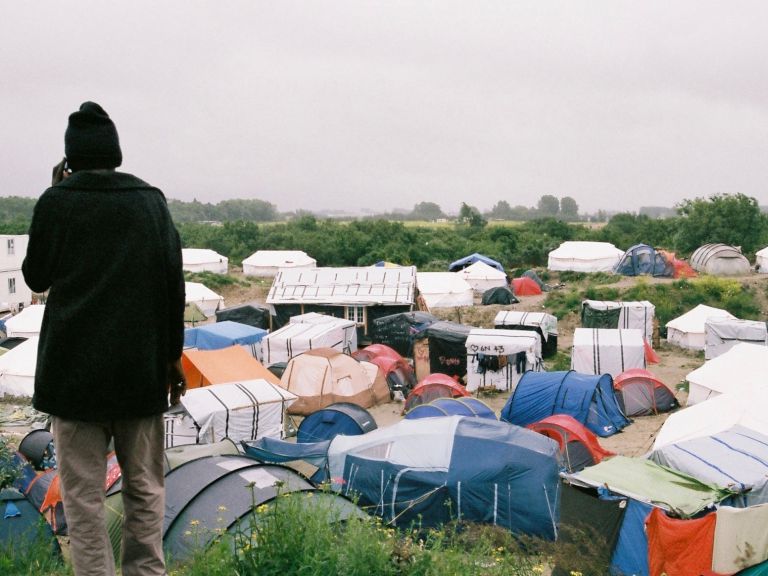 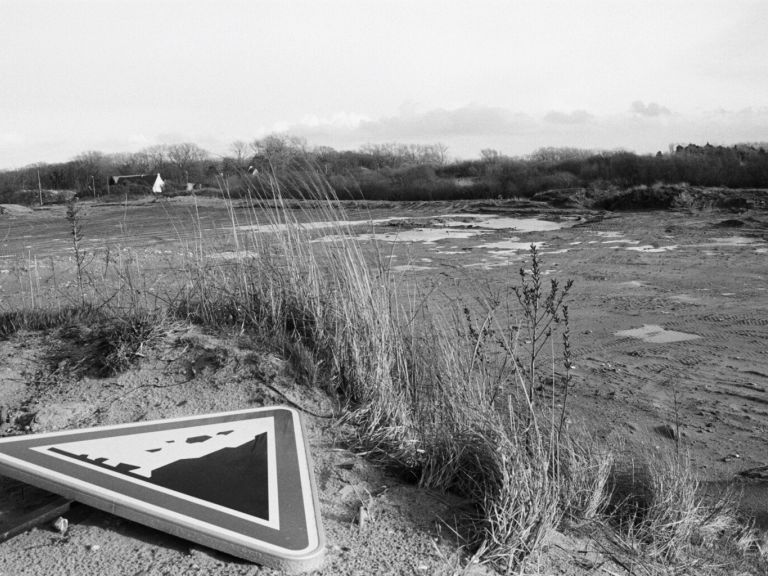 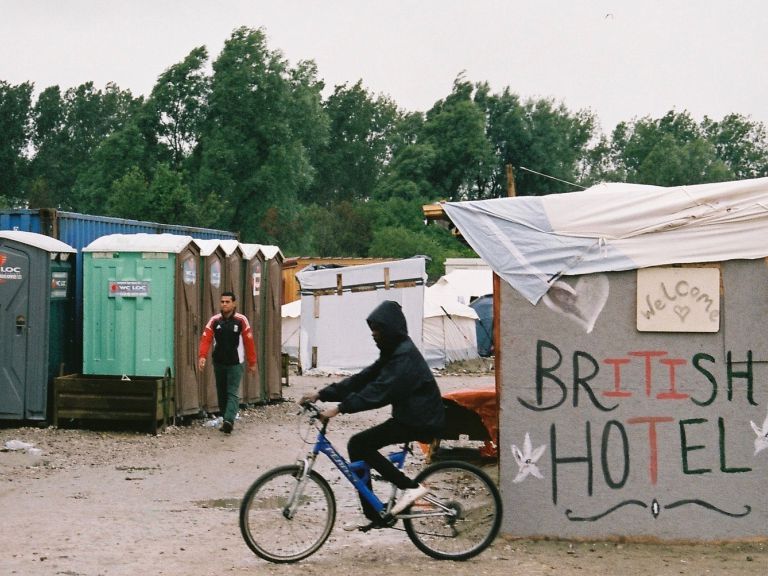 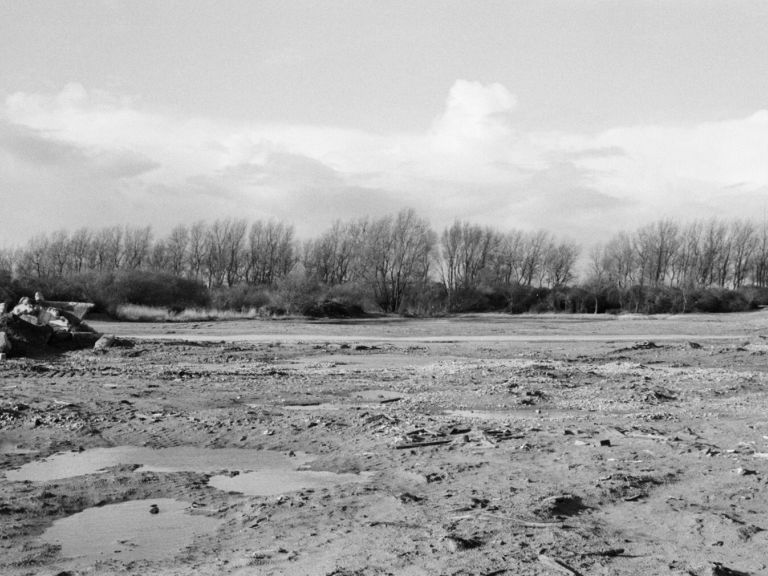 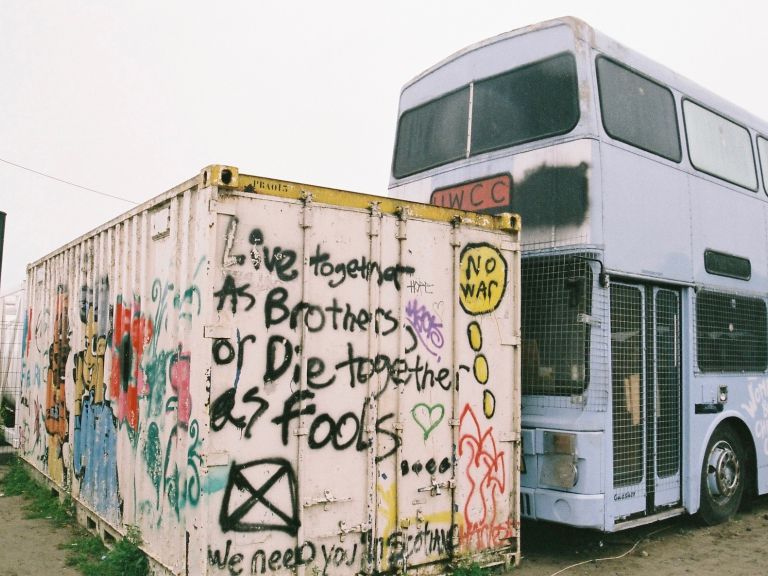 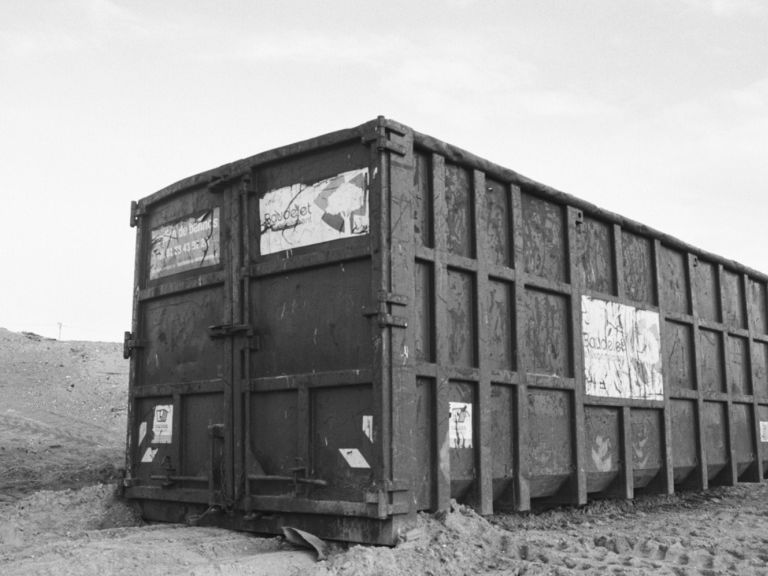