"Are you sure you want to come in?" She asks me in a not very fluent English, the girl at the entrance of a Girls Bar in Shinjuku, one of Tokyo's most neon-neon neighborhoods. I smiled and nodded with confidence: I did not happen there by accident. So, I pay my 6000 Yen to enter - a little more than 50 Euros – and I get inside the room. I do not even step in that a young girl, apparently over the age of sixteen, comes to me and smiles, tilting her head in a cartoon gesture.
In the room there are all men over fifty, and they smoke holding the glass in both their hands. For a moment they are attracted by my female presence, but as soon as they realize I am a gaijin - a stranger - I immediately lose their interest: I am a kind of pariah, a member outside their community. The room is small enough, dark and tidy. Contrary to what you might imagine, there are no strippers or super sexy women. There are little girls, teenagers who roam, chuckle and nail their nails. They are dressed as little girls, the wide sweats coming close to the tip of their fingers, their short skirts rubbing against their thighs.
"What do you want to drink?" - I have forgotten in the expensive price it’s included a drink. Other girls are teasing her and she replies that they should have learned to speak English. I take an umeshu and I ask Misa how exactly a Girls Bar works and if there are special services. "It's very simple, you talk to the girls" I'm astonished and insist. "No, really, people pay to talk to us, to know what we do, how is the school... And questions like that" she laughs a little licentious.
"It looks like a safe job. No? " I ask cautiously, even provocative. Misa grimaces, slides on the counter and lowers her voice a bit. "Yes, in the bar, yes. A girl, Amane, once has gone bad - her voice just shakes and looks around as she tells me this thing with her eyes hidden behind contact lenses that make her pupil bigger, more western - man told her she just wanted to see her singing."
The literal meaning of Yoshi Kosei is secondary school student. The term is used to define prostitution of teens aged 13 to 17, a widespread –though illegal- phenomena. These girls prostitution has deep roots in the Japanese culture, where fashion is moving towards an infantile and childish aesthetic model. Lace, crochet, school uniforms, innocent looking underwear with strawberries and puppies on it represents the 80% of Japanese revenues, to the point that one of the busiest shopping streets in Tokyo, Harajuro, is dedicated only to this untimely Lolita style.
The pornography industry is in this regard very broad and accessible to the general public. To the extent permitted by law on child pornography the market produces a considerable amount of ‘hentai’ (pornographic comics) with preadolescents, if not little girls, as protagonists. Plastic ‘first time’ vaginas amongst the sex toys proposed and underwear and school swimsuits used by girls are buyable. The actual porn, unauthorized to openly show underage sex, gets around the law by showing adolescent nudity or simply avoiding just the intercourse. To try to stem the child abuse –which eluded authorities control- some women-only carriages valid during school hours have been brought.
Young girls attracted by the idea of earning money easily draw men attention on the streets, alluring them with childish cries and innocent faces. Men aged 20-80 pay at the Girls’ bar to talk to little girls and offer them drinks. The same goes for Maid café, where girls call clients master.
Under the illusion of legality, there is an extended prostitution ring and an even more worrying number of child rape and abuse. Knoema world data reported rape rate of 46,7% per 100,000 in Japan, meaning that 1 in 2 women has been assaulted. Numbers raise if we consider the underage only. “A friend of mine was raped at a karaoke (karaoke bars consist of small private rooms in Japan, editor’s note). He told her he just wanted to have an ice cream together” – I. stares at me with a watery look while she tells me a story that –judging from the way her voice falters, sounds as if it was hers.
In one of the most developed countries, the punishment to aggressors is insufficient and the definition of rape itself is limited to vaginal penetration, which keeps the law vague.
Tokyo underground rides futuristically suspended on the rail without wheels while little girls know too well what backwardness means. 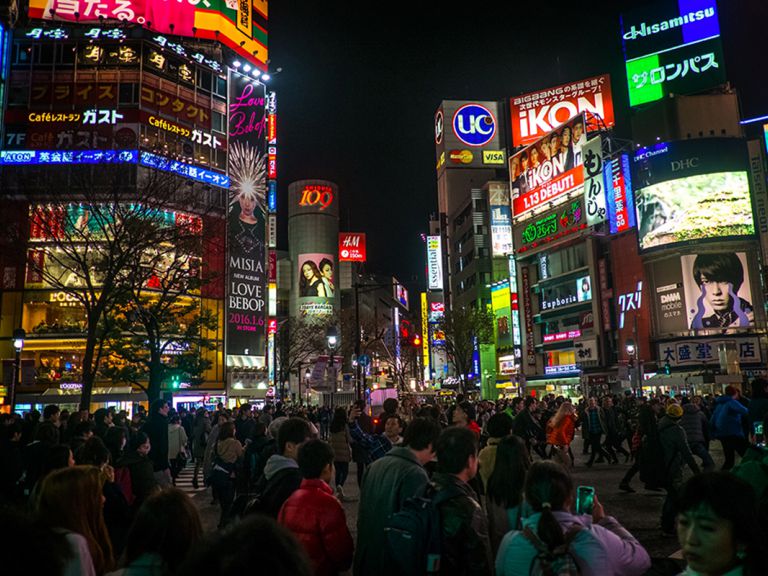 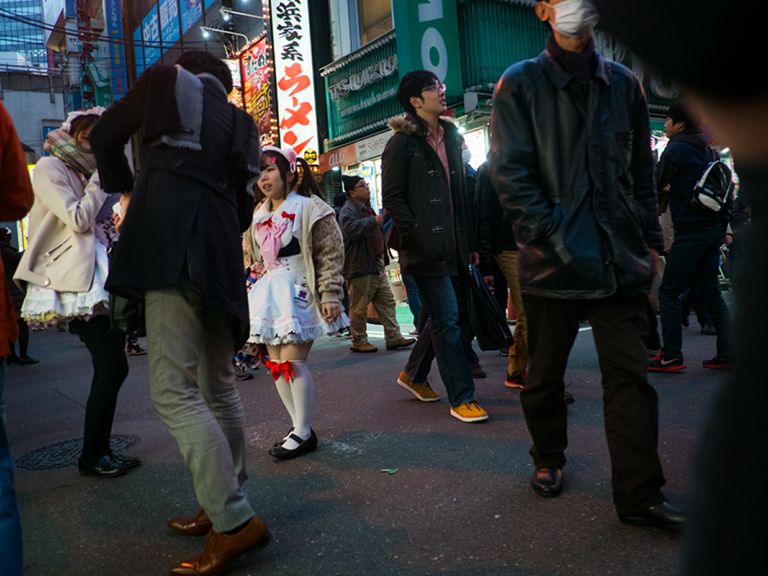 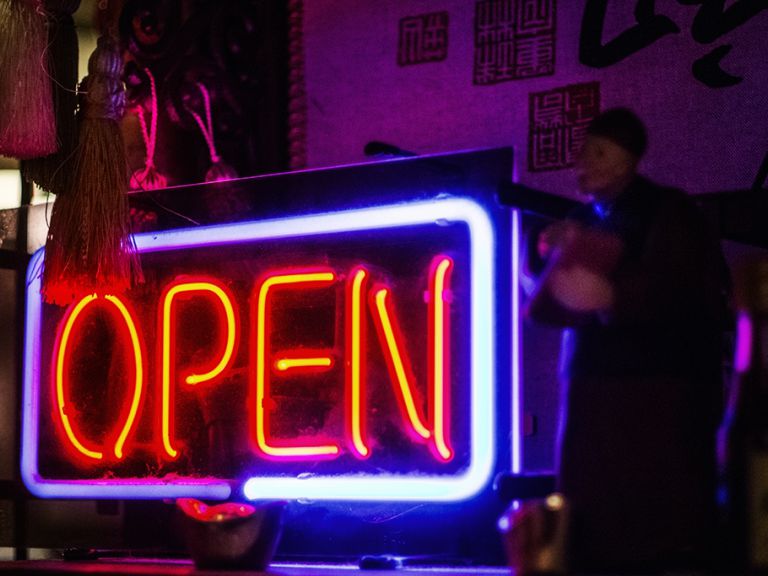 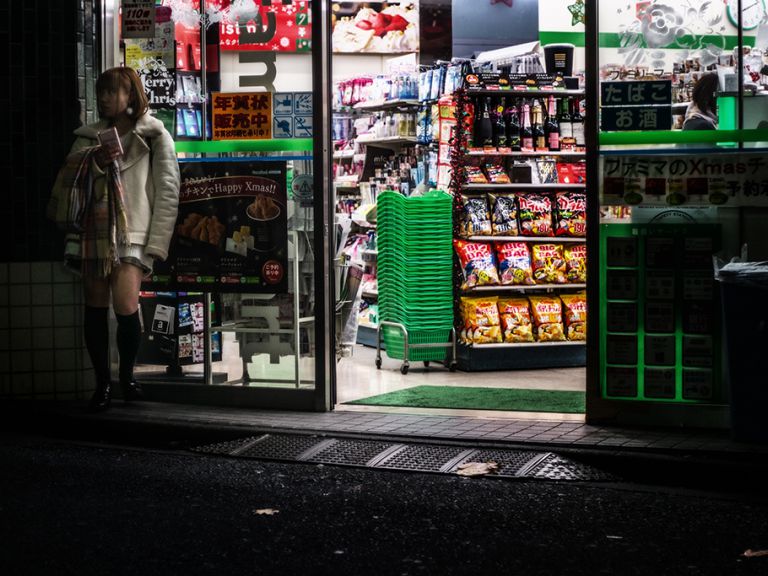 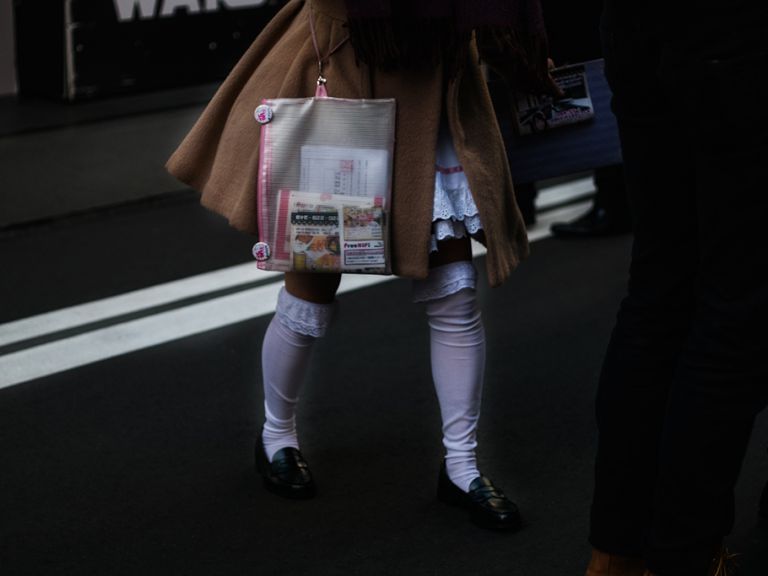 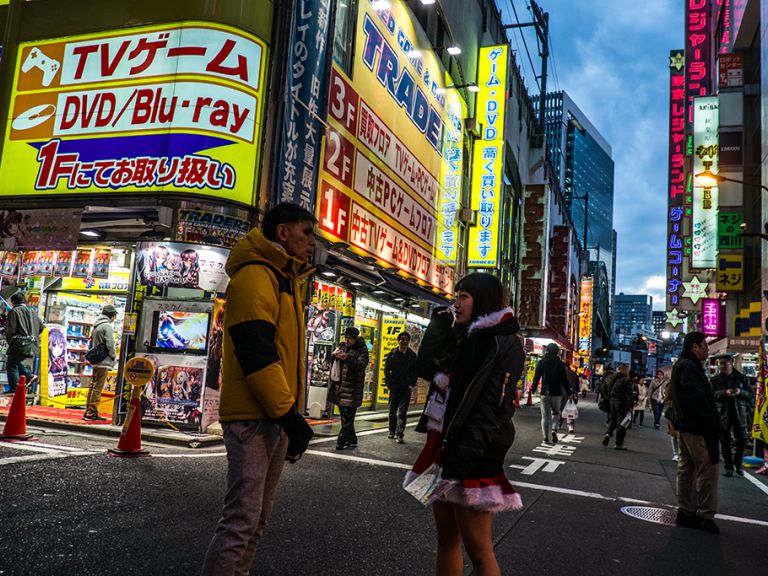 Akihabara, a girl with a client 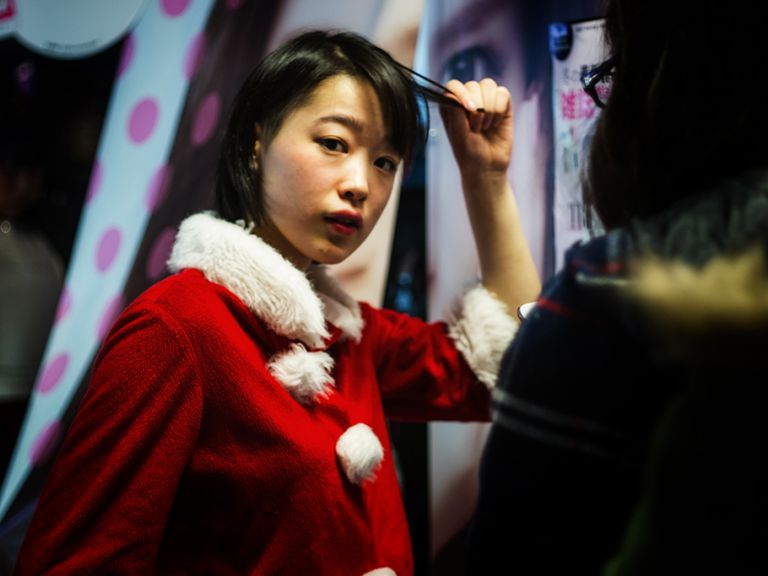 Portrait of a girl 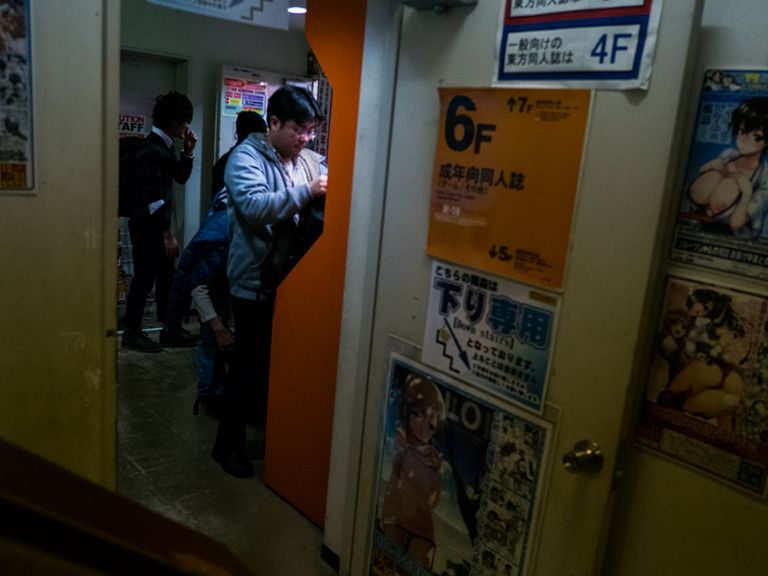 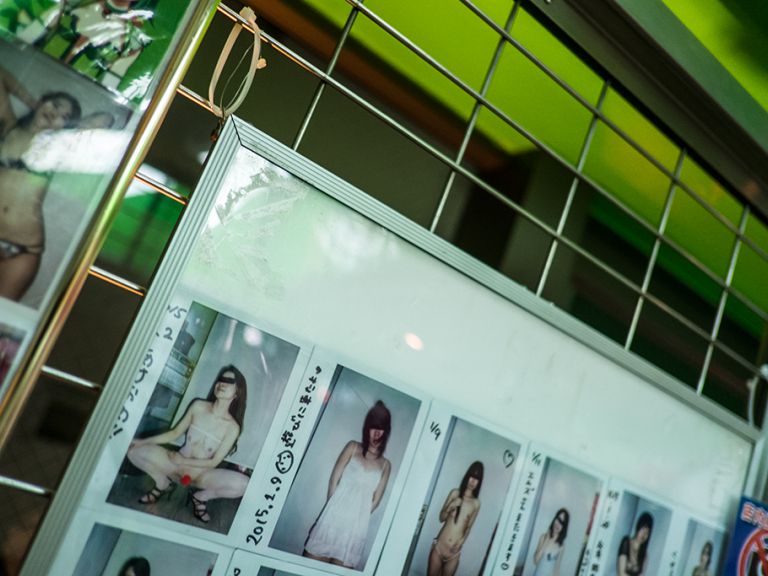 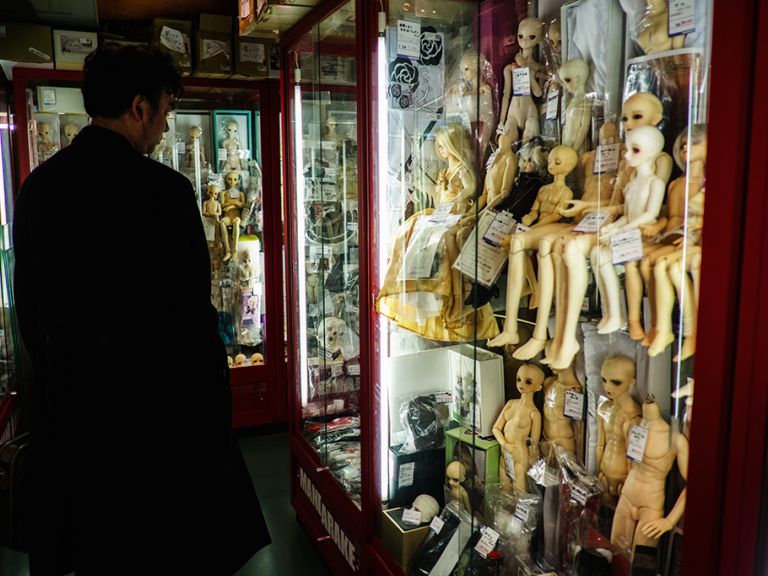