Project Detail: Inside the crowd in the meetings of the French election 2017

Inside the crowd in the meetings of the French election 2017

For the last two months of the French presidential election 2017, I went to some meetings of various candidates. As a citizen, It never occurred to me to go to such event. I always saw meetings like a display of power by each candidate, a type of propaganda. Nevertheless, the reasons which drove me away as a citizen are often at the origin of my interest as a photographer.

I went to four of them in Paris: a meeting of Jean-Luc Mélenchon, the far-left candidate of “la France Insoumise” (Place de la République 03/18); the second one, a meeting of the future winner, Emmanuel Macron, who gathered nearly 20 000 people (AccorHotels Arena, 04/17); the third one was on the same day, but very different ideologically speaking, because I saw the meeting of Marine Le Pen, the far-right candidate (Zénith, 04/17); finally, I went to a meeting of Nicolas Dupont-Aignan, a candidate of the sovereignist party between the right and the far-right (Cirque d'Hiver Bouglione, 04/19).

I had one goal: to stay focus on the faces in the crowd to capture states of mind, emotions and why they were all here. It was very interesting to see the vigor and the passion in their eyes. People had a natural behavior because they were inside of their comfort zone where the man or woman next to them thought the same way. A lot of things happened in those meetings, from anger to joy through hope. I tried to document it with the most simple and authentic way possible. 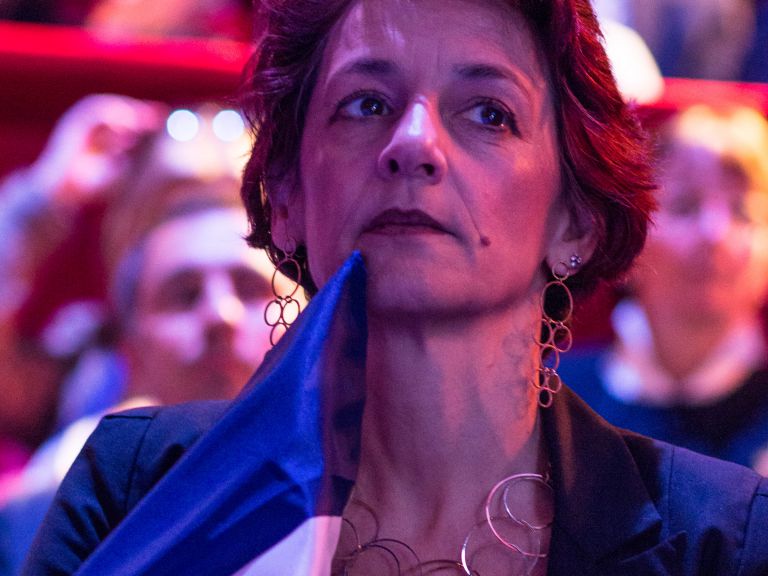 Woman and her flag 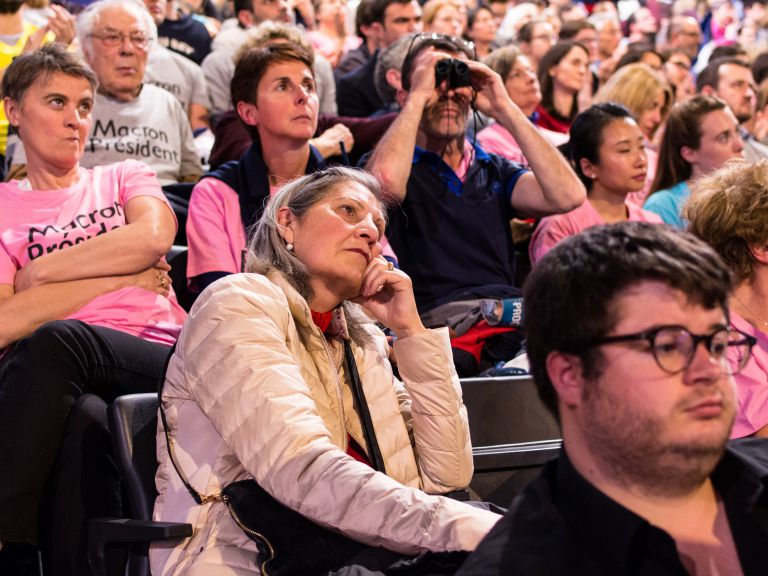 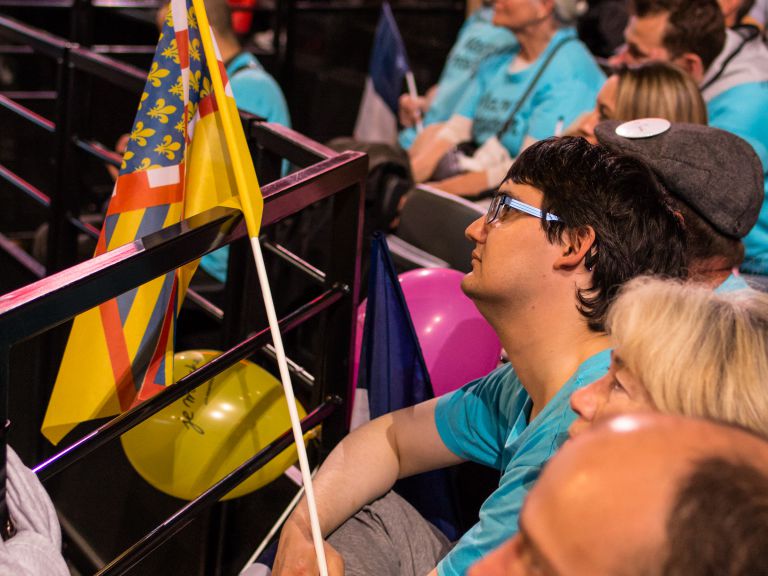 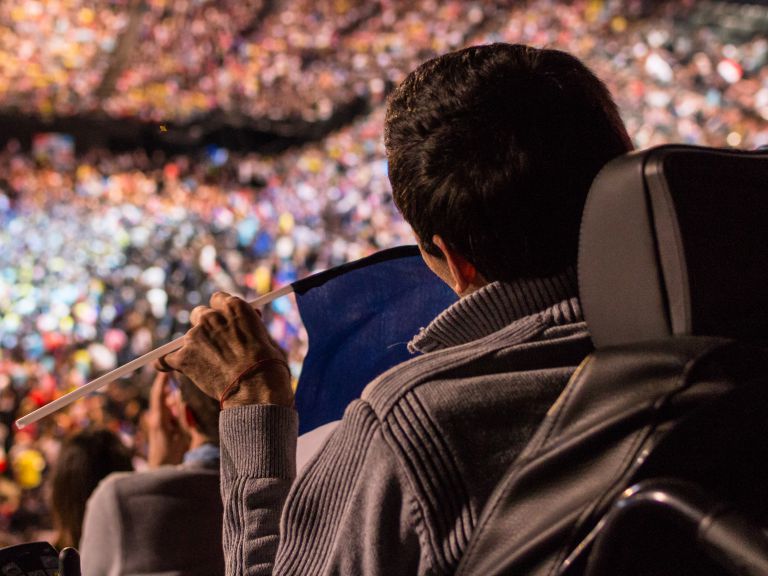 A man is holding a French flag 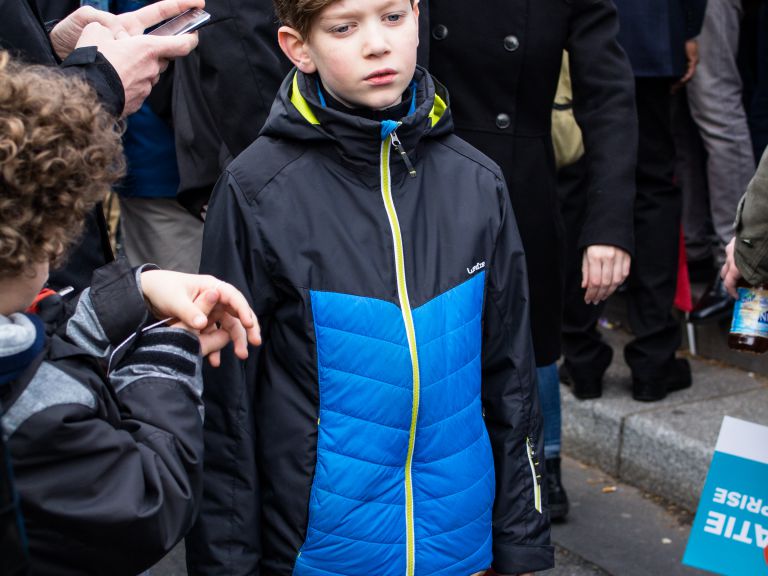 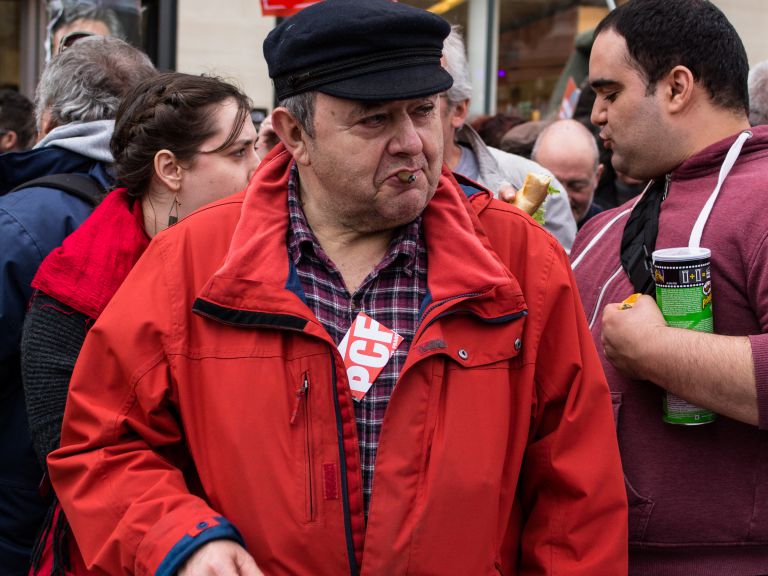 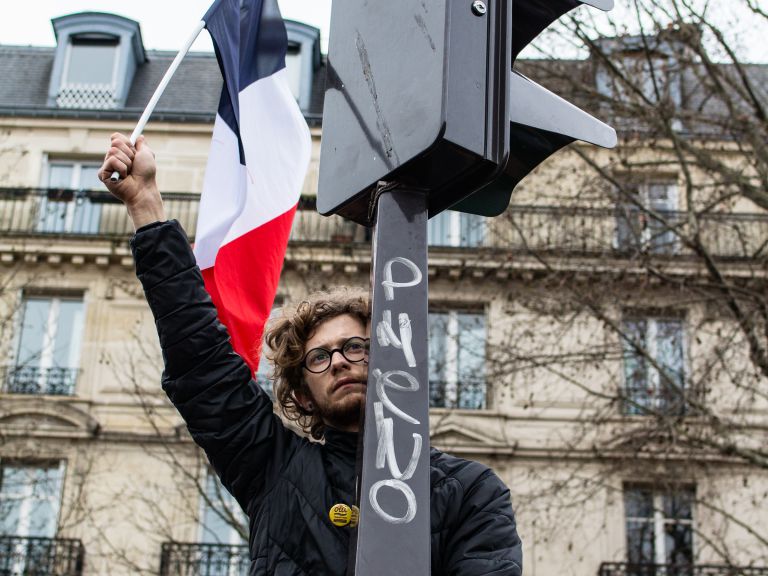 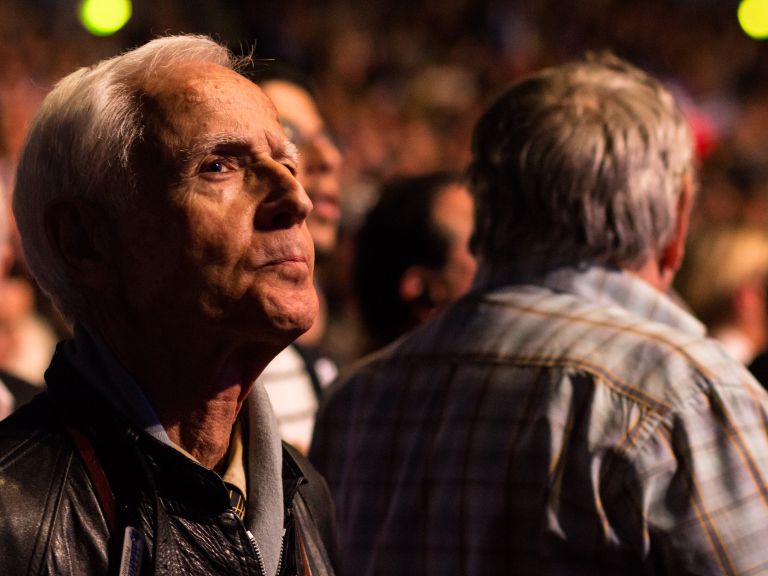 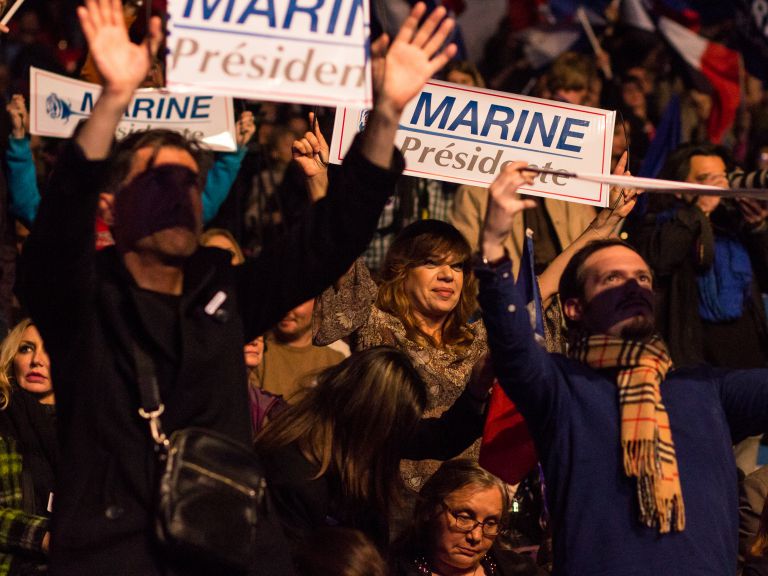 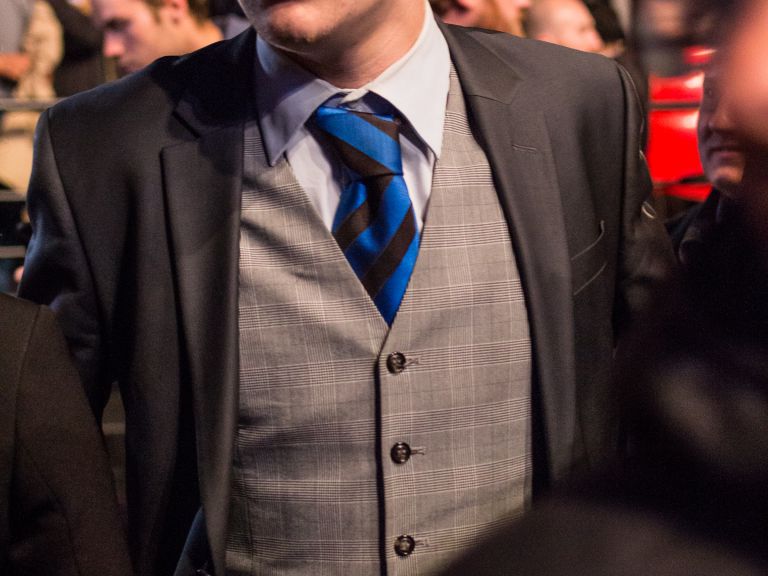 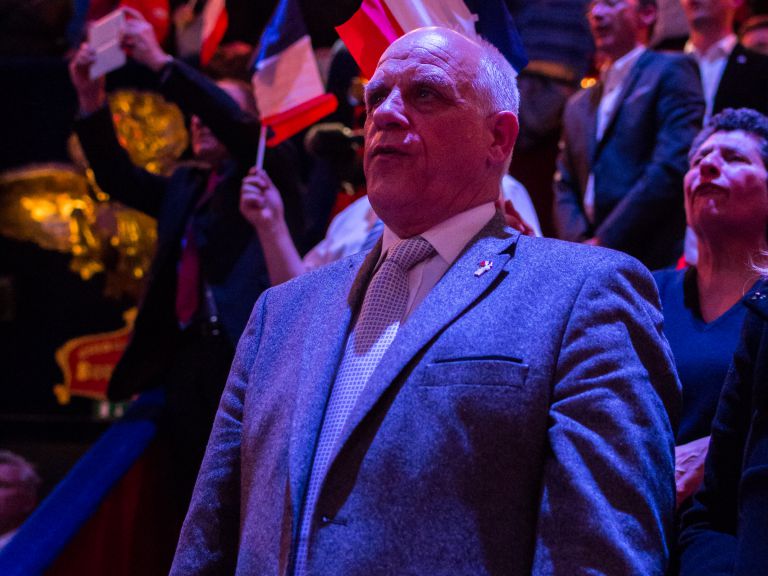 A man is singing "La Marseillaise" 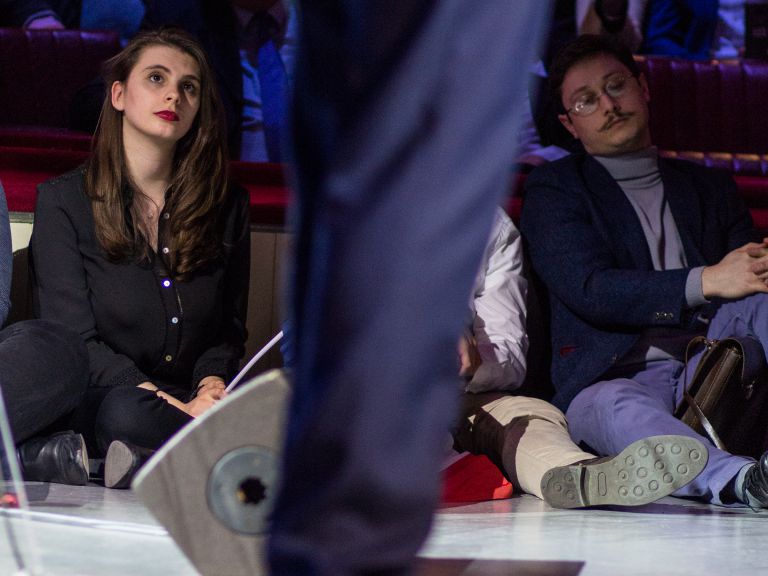