In June 2014, during the second Iraqi civil war, Mosul fell into the hands of the jihadists of the Islamic State. A few weeks later, the Christian town of Qaraqosh thirty-two kilometres away, suffered the same fate. In one night, its fifty thousand inhabitants fled the town to seek refuge in Irbil, the capital of Iraqi Kurdistan.
During more than two years, the deserted town became an IS base that was used as a warehouse, arms factory and training centre. Many tunnels snaked through the town. Some going 27 kilometres towards Mosul. The houses were pillaged, and often burnt. The churches were devastated, their Christian symbols smashed but left on show. In all sixty-two percent of houses were partially destroyed and thirty-six percent were burnt. Among the Christians, the struggle to organise themselves under the orders of General Benham, a former officer in the Iraqi army, took the form of a Christian militia ready to liberate their town. More than three hundred men took up arms to reconquer their homes and churches. Some were students, bakers or poets, while others came from the army but as Christians no longer felt their place was there.
The Ninive Plain Protection Unit (NPU) received help from the Americans who supplied them with Kalashnikovs, PK machine guns and several weeks training. On 17th October 2016, the battle for Mosul finally commenced and the NPU was officially part of it. It was at the last minute, six days later, that they got the green light to attack alongside the ninth division of the Iraqi army. Three hundred AK47 assault rifles were delivered the day before by the army as well as several non-armoured trucks to carry the militia.
On the road, mortar bombs fell around them, suicide car bombs exploded in the distance. The NPU were delighted at the idea of seeing their town again, they danced and fired into the air. Having just arrived, Jameel, Oussama, Zoher and Amer kissed the soil of the Christian capital in their odd uniforms. They were all burning with impatience to rush into the dusty streets to track down the jihadists. The battles took several weeks. The clean-up and de-mining took several months. The question of ‘after’ was born. There was neither electricity nor water, the town was destroyed. The last bodies of the jihadists were taken away by the American troops.
The civilians returning to Qaraqosh observed the damage, filmed their houses for those who had gone abroad. The hopes of return faded. Today the NPU has control of the town and its checkpoints screen travellers between Mosul and Irbil. They protect this greatly envied, strategic position at the heart of the Ninive plain. The excitement in their eyes has disappeared to give way to disillusion. Some say they have lost faith, others have nightmares about the battles against IS. Many of them drink whisky, bought at a good price in the only liquor store of the ghost town. The reconstruction works are enormous, international aid has been slow. The civilians hesitate to return. From time to time, the church bell rings for the militias. Qaraqosh has been reprieved. 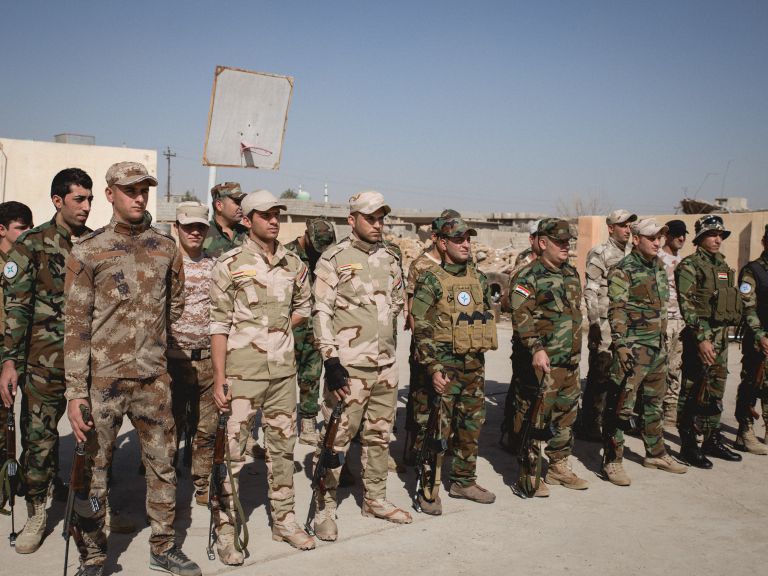 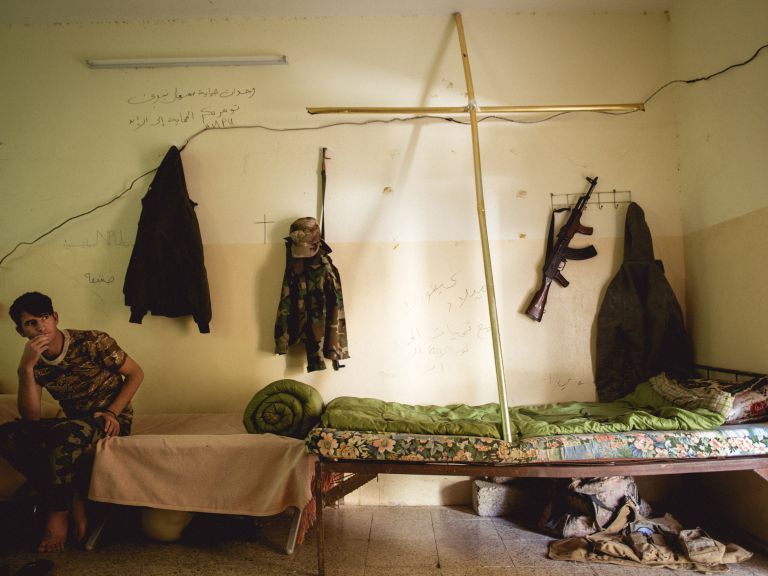 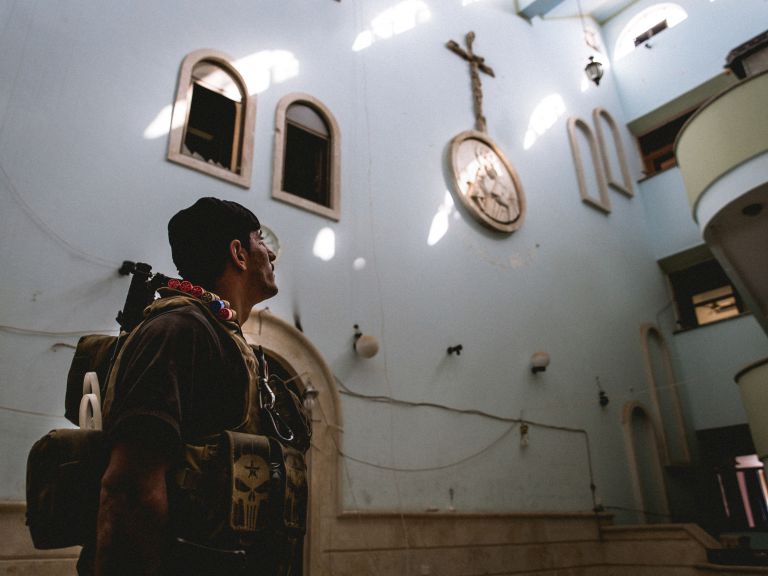 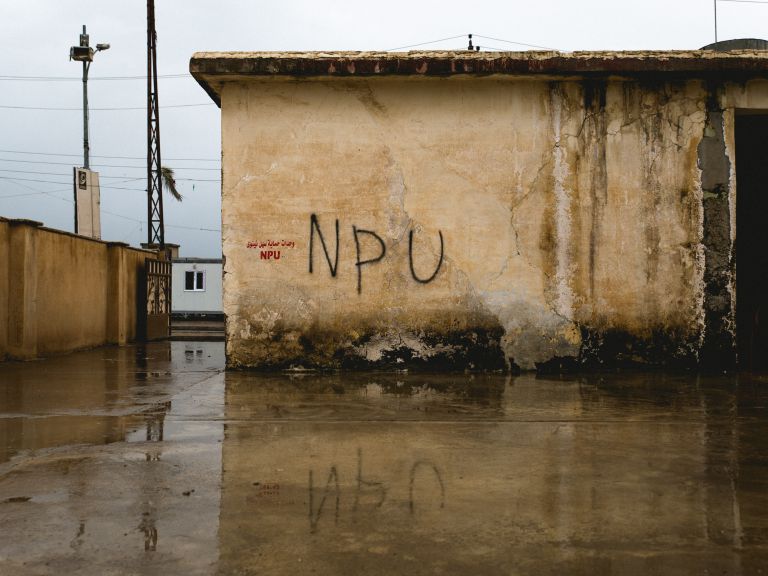 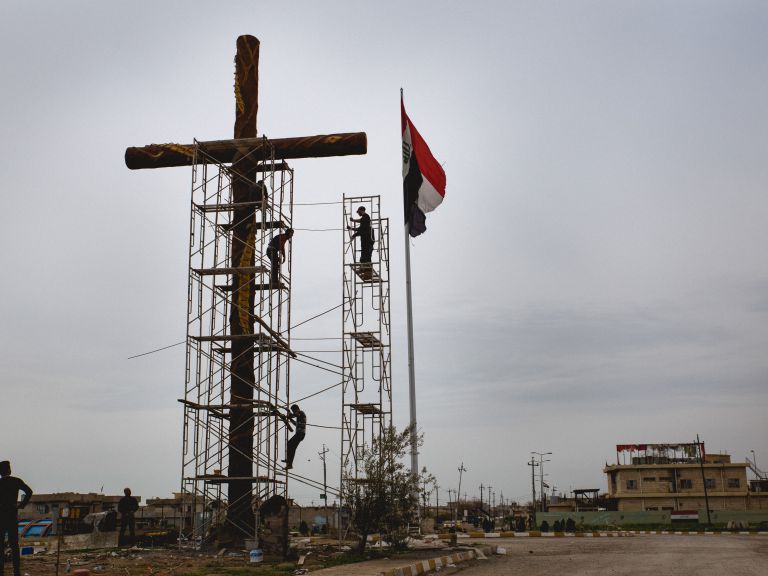 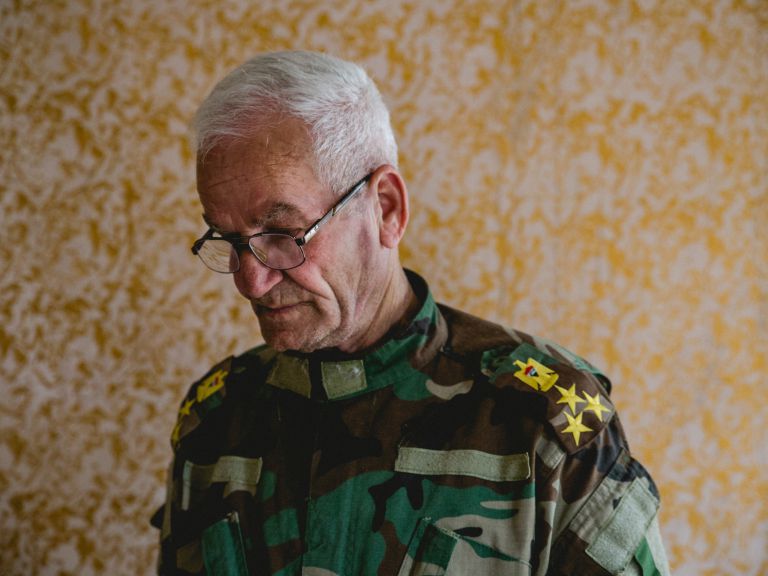 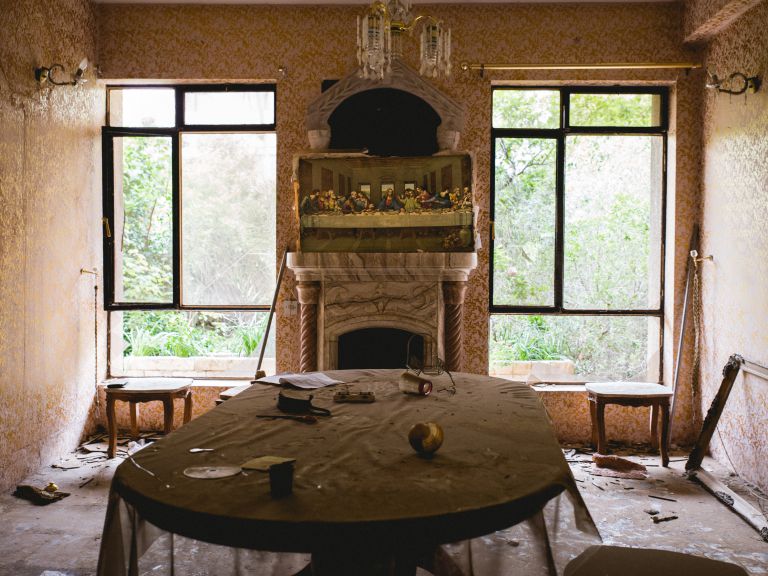 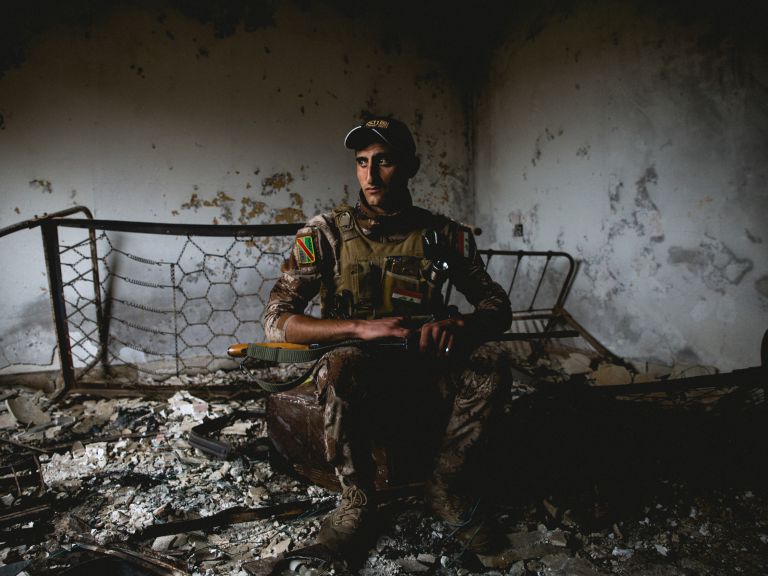 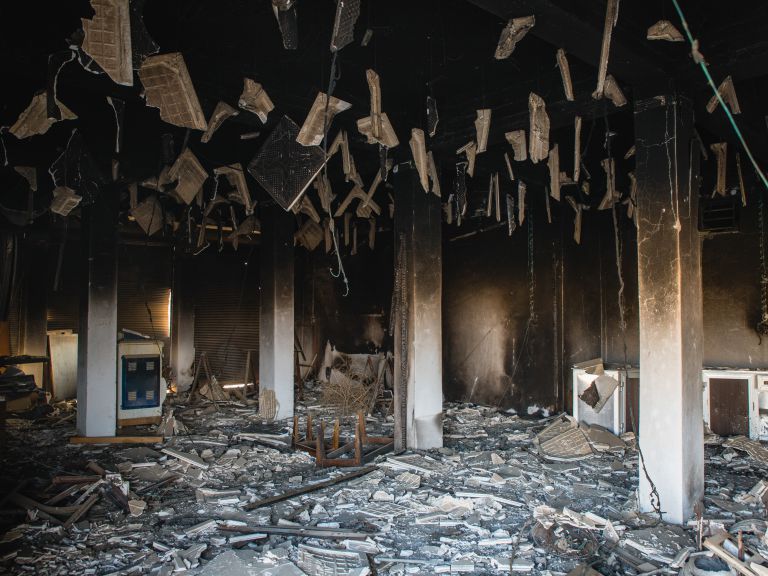 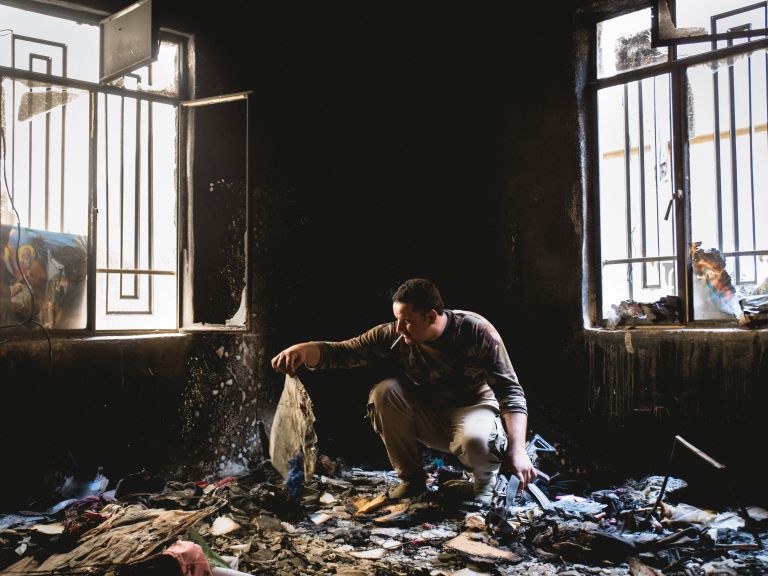 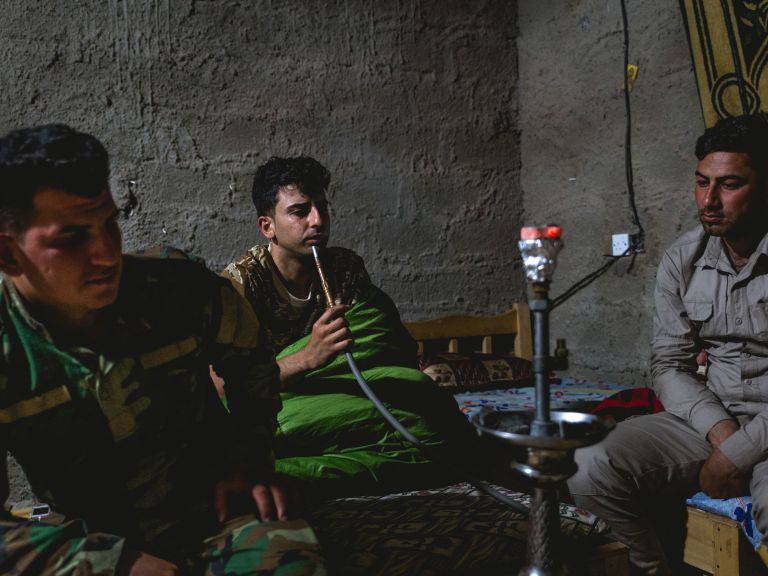 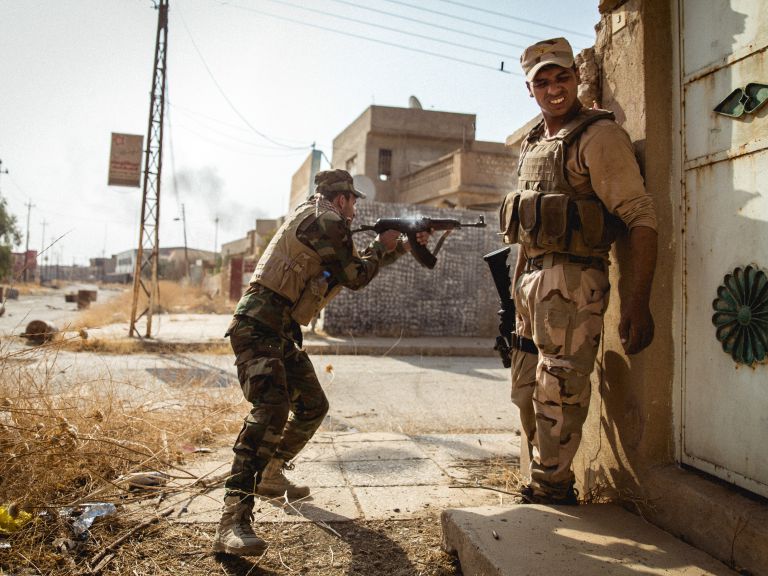