Zeri is a complex of municipalities located in Lunigiana, a border land divided between the three Italian regions of Tuscany, Liguria and Emilia Romagna.
In these valleys, theater of partisan resistance and of the conflicts between British and German troops during the Second World War, Cinzia Angiolini carries on his own battle for the revaluation of the territory through the breeding of the zerasca sheep, an endangered local ovine breed .
I met Cinzia for the first time in January 2017 and I noticed in her a strenght out of the ordinary. A dedication to the recovery of a valley that has failed to keep up with the changes of today's society due to the difficult reachability, the lack of infrastructure and the strong emigration.
The particular idea of this woman livestock, based on an almost maternal love relationship, has always gone against the tradition of the farmers of the area, leaving her alone in the struggle against the inadequate support of local governments.
Moved by her passion and stamina, I wondered what caused her to spend all her days in a dispute against windmills, wasting body and spirit, and in the end I understood:
The defense of our roots is the claim of our identity, the backbone of what we are, which should never be put at risk. 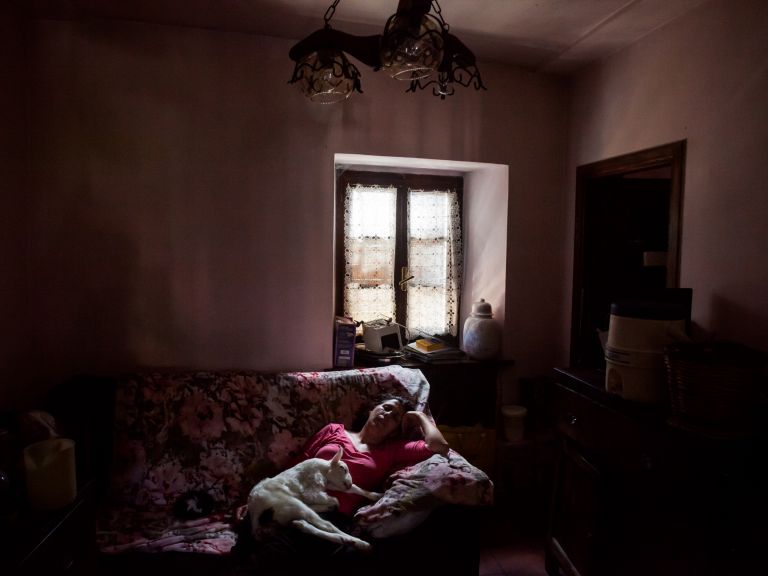 Cinzia sleeping on the coach of her house with "Quasimodo", one of her lamb born with a malformation 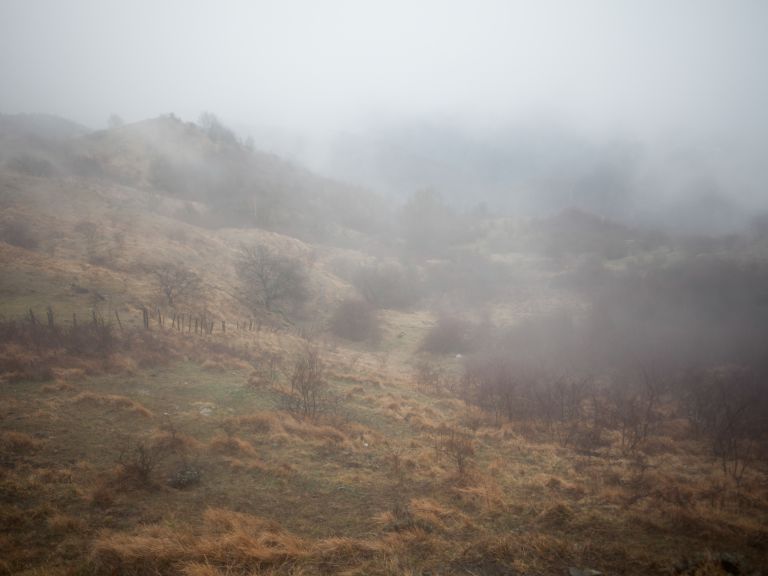 Landscape of the Zeri Valley. 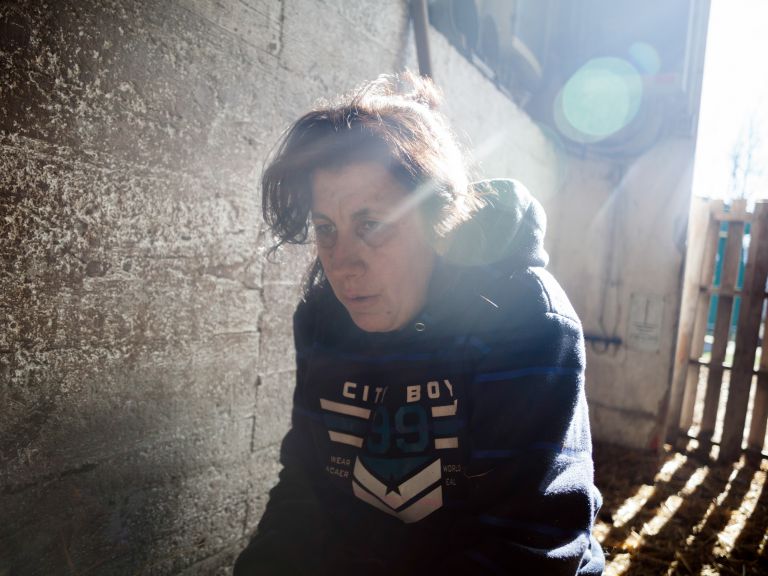 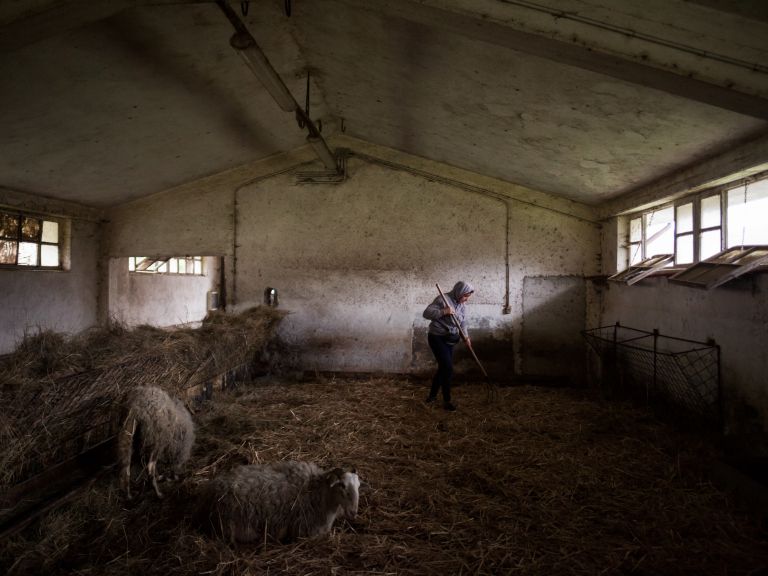 Organization of the hay in the stable. 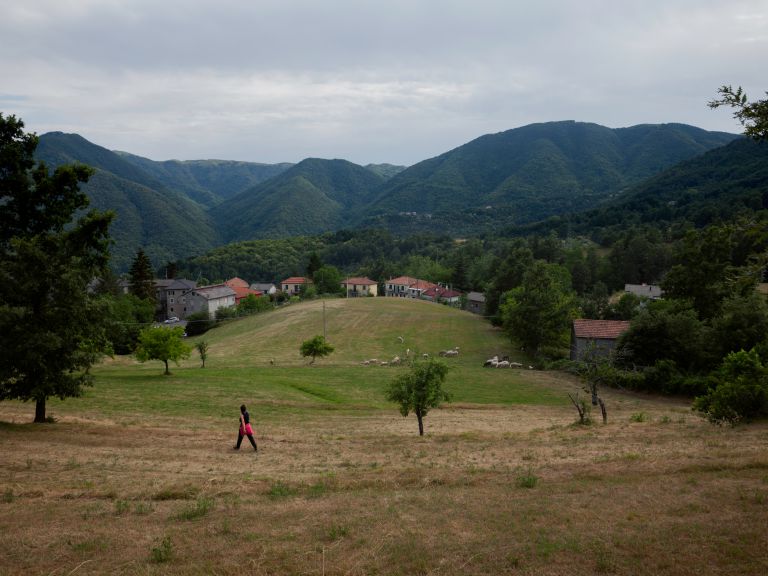 Cinzia reaches the grazing sheep near her house in Piagna, Italy. 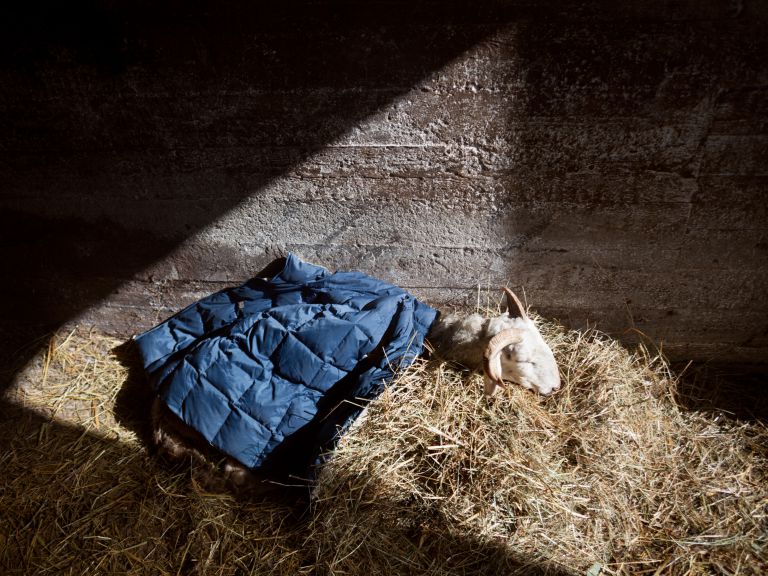 A sick and close to the death sheep kept warm by a jacket. 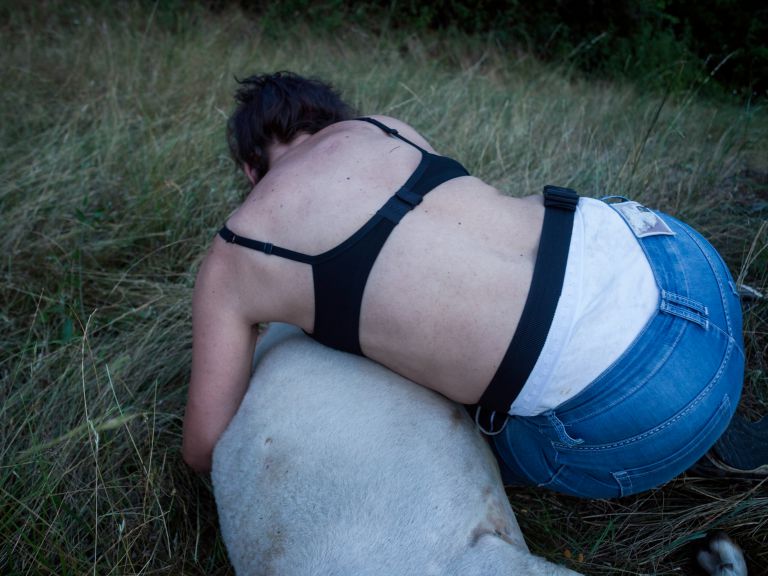 Cinzia helps one of her sheep during birth. The fighting against undeclared slaughter methods and ag 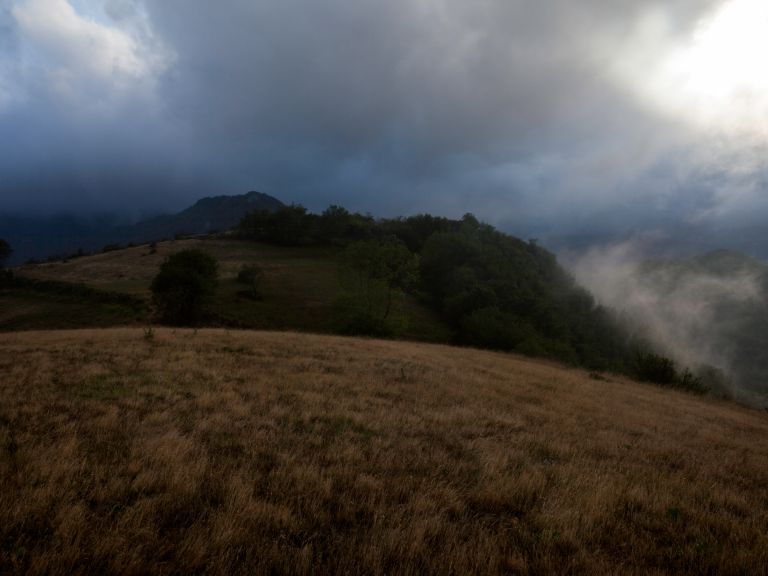 Landscape of the Zeri Valley. Before the progressive attacks of wolves on livestock, breeders used t 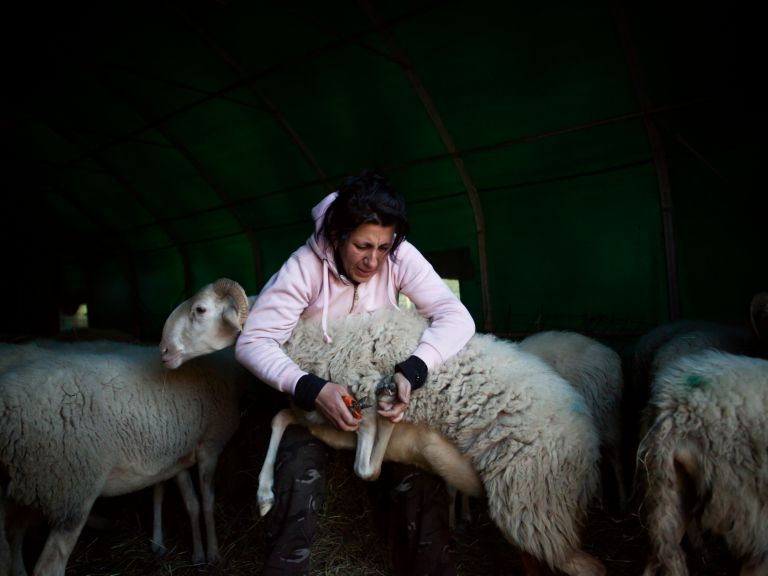 Cinzia takes care for the hooves of one of her sheep. Watching over the most of the cattle by her se 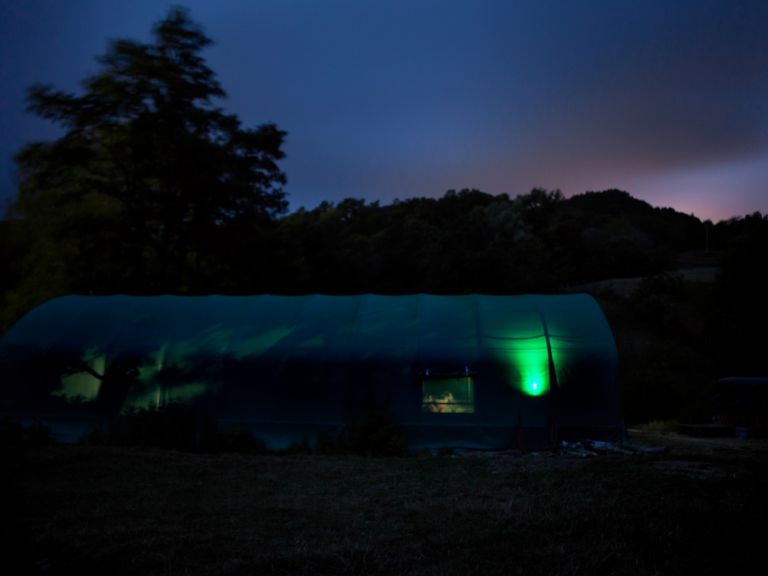 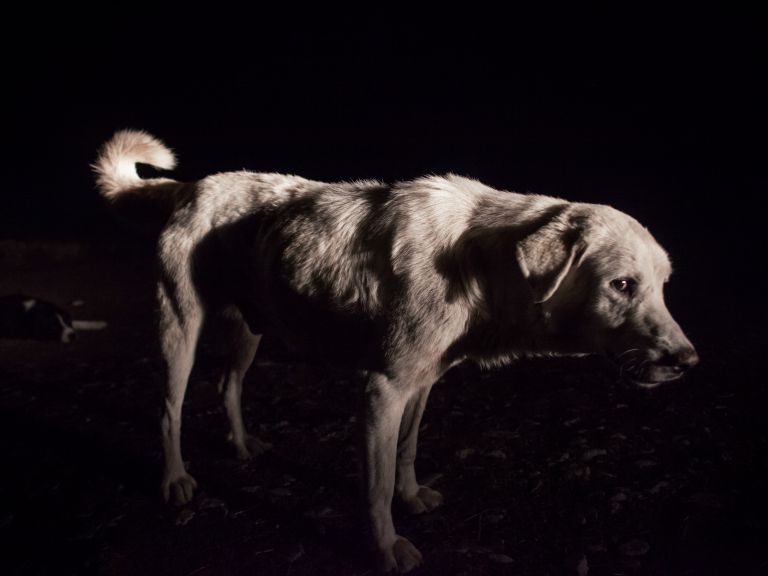 “Gedeone” guarding the stable. Because of the frequent wolf attacks, due to the activity of repo 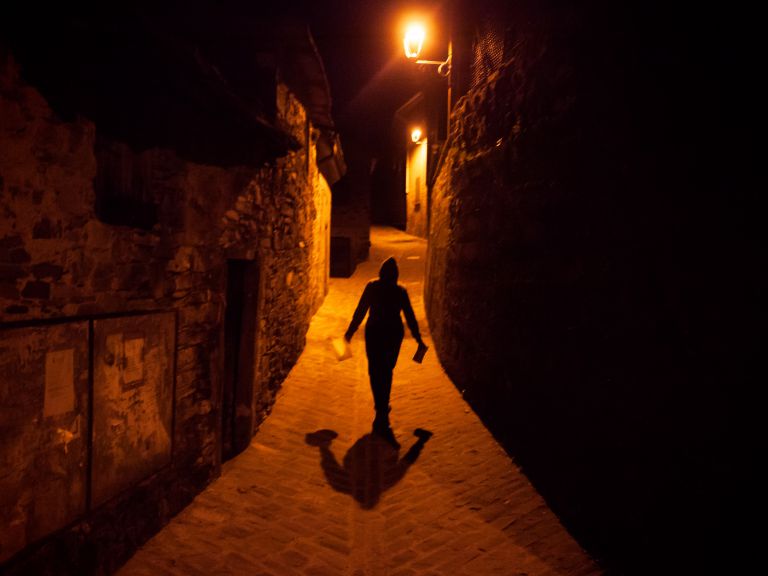 Cinzia walking home to Piagna, a village of about 20 inhabitants. The Zeri Valley has suffered a str