Project Detail: Childhood on hold: refugee kids in the borderland

Childhood on hold: refugee kids in the borderland

During 2015, 1.015.078 refugees and migrants reached Europe through the Mediterranean by unseaworthy boats, according to the United Nations High Commissioner for Refugees (UNHCR). This means 799.000 more refugees than the ones that got to the continent in 2014. Worldwide, over 60 million people were forcibly displaced in 2015, the highest level of worldwide displacement ever recorded according to the United Nations programme. In 2016, 362.376 followed the same route. This difference can be explained by the agreement reached on 2016 March by the European Union and Turkey, which wanted to slow the arrival of displaced people in the European continent down.
Last May, I was in the improvised refugee camp located in Idomeni, a very small Greek village by the Greco-Macedonian border. At its peak, up to 14.000 refugees were bottlenecked there after Macedonia closed the border in order to block the route that most of them used to reach central Europe, where they wanted to ask for asylum. Improvised camps, such as the ones in Idomeni and Eko petrol station, were evicted at the end of May by Greek authorities, and refugees were placed in official shelters controlled by the Greek Government.
UNHCR calculates that more than 362.376 refugees made their way into Europe in 2016, and almost 30% of were kids. In the camp, children jumped in the rain, they cheerfully chased volunteers and they collected flowers to give away with a big smile. But despite their laughs, which made one wonder if they actually understood what they were going through, sometimes, between their games, they looked at the sky with a blank stare, their faces frozen. 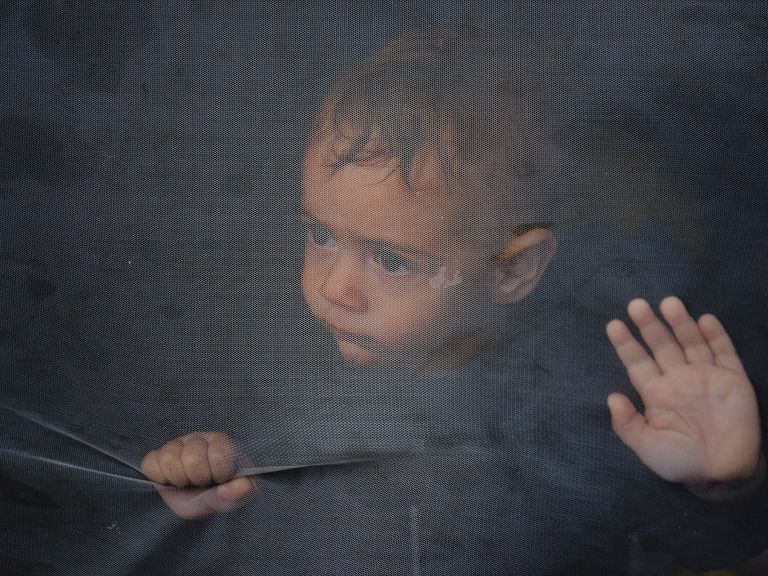 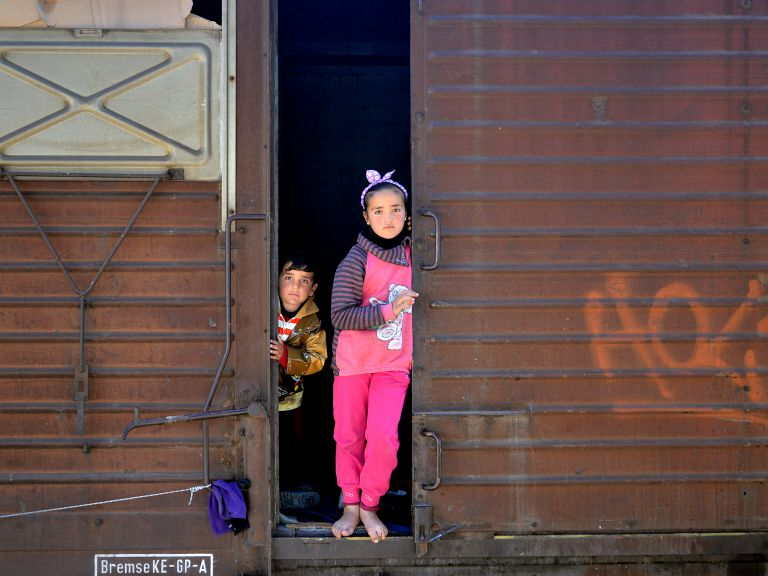 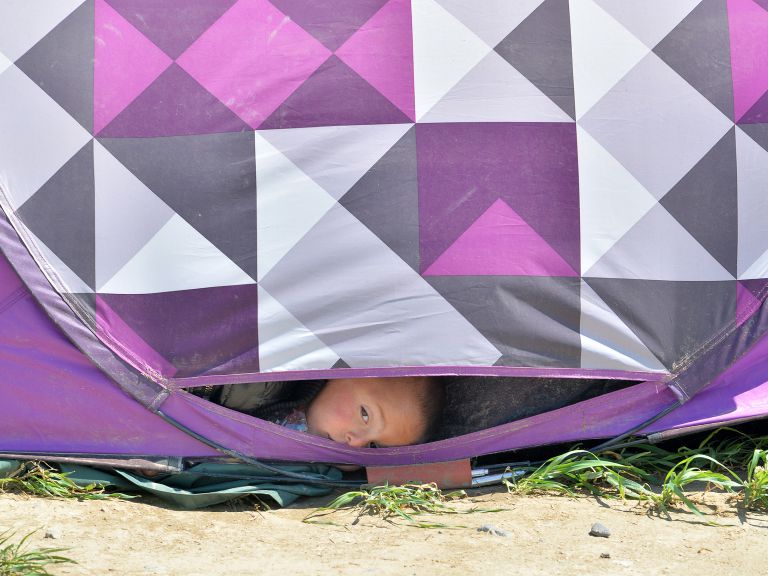 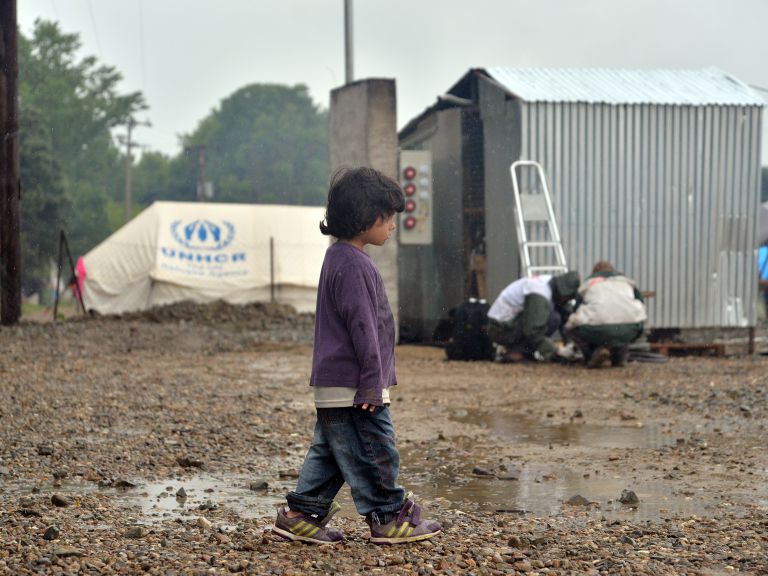 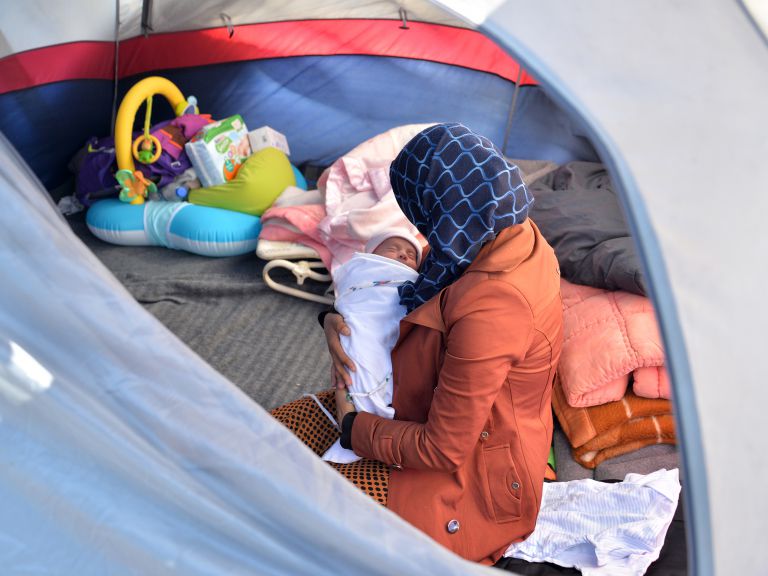 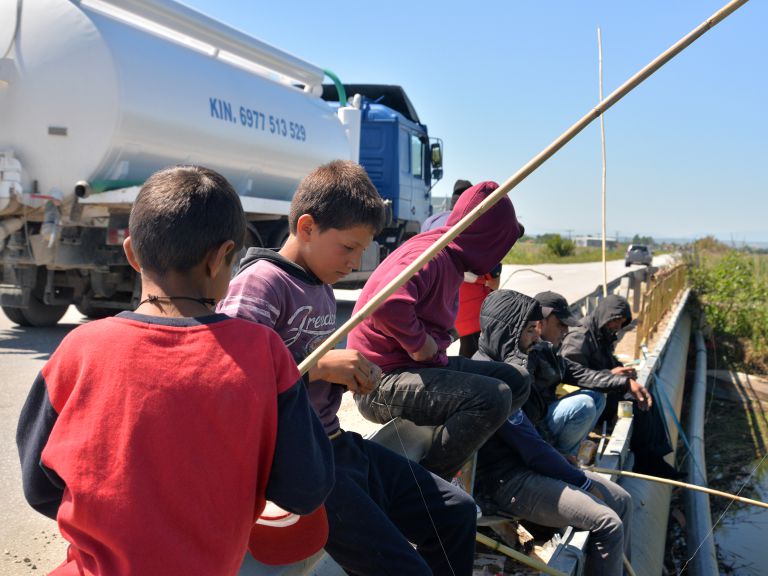 Fishing for a meal 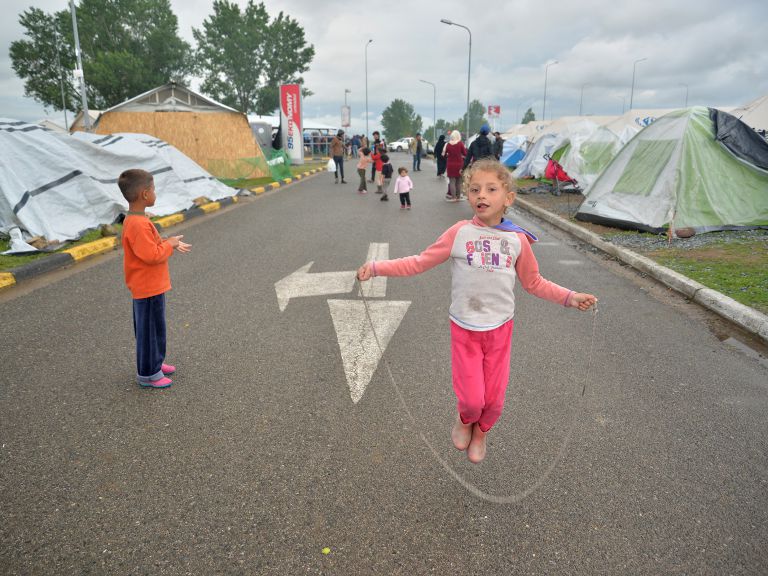 The camp as a playground 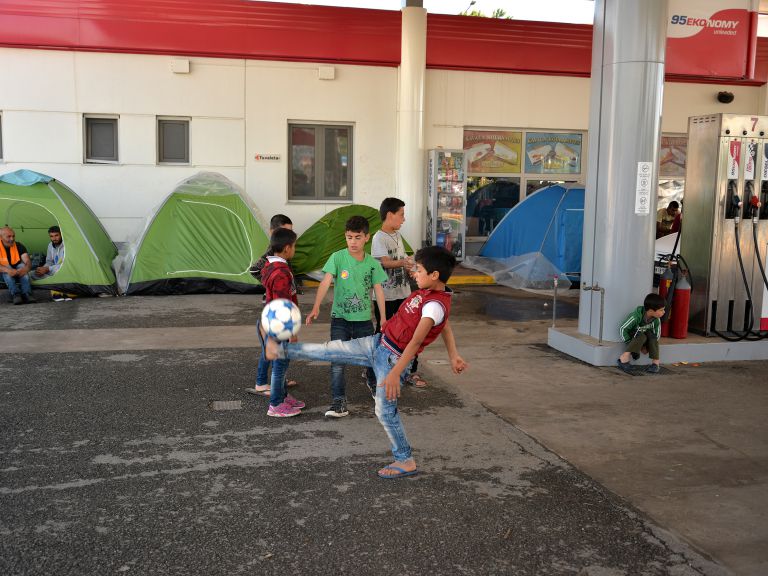 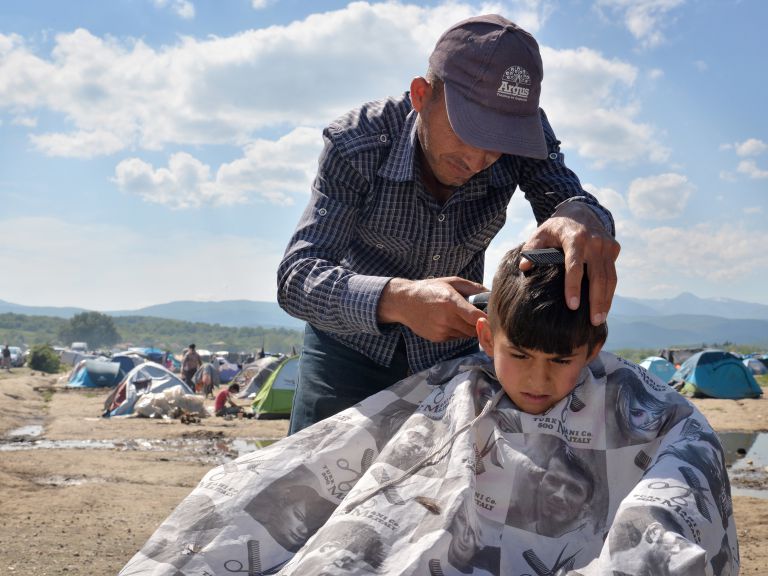 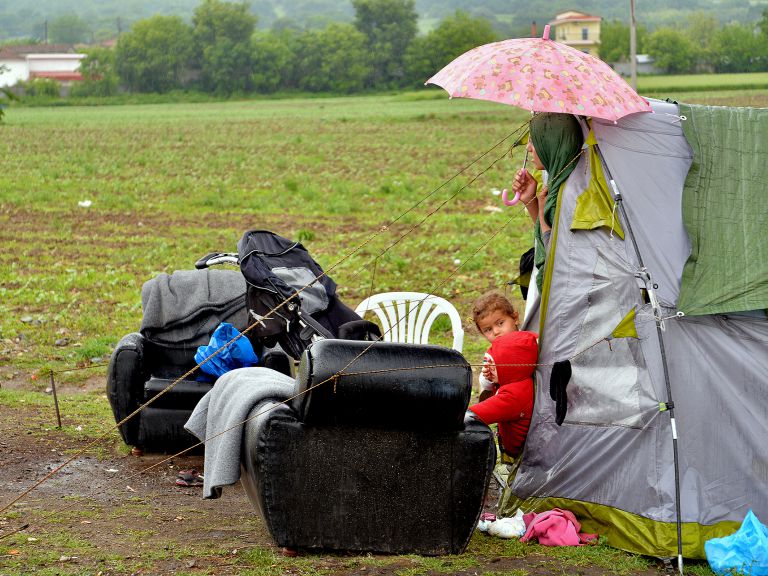 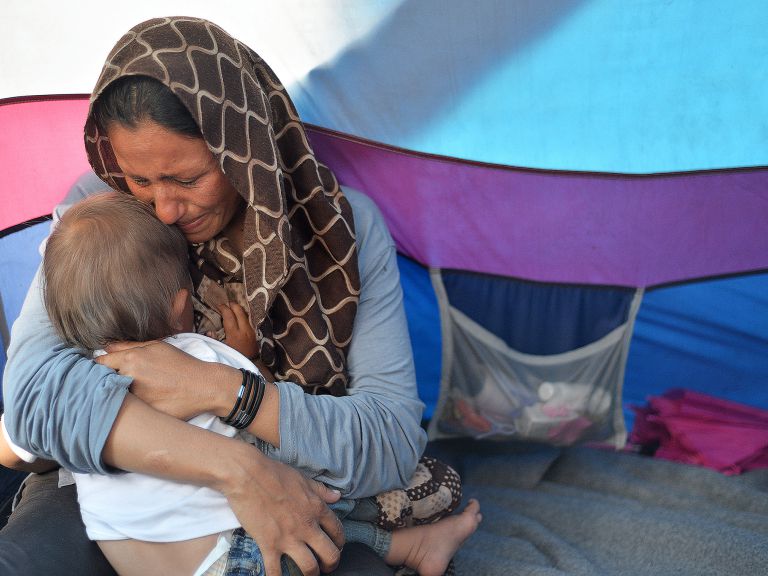 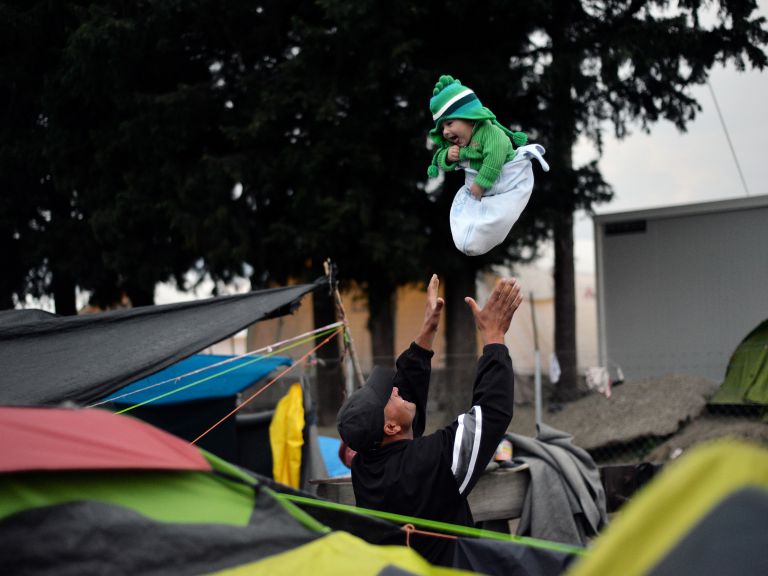