Far from being the paradise chanted by touristic agencies around the world, the Republic of Maldives is undergoing, ever since ten years, a worrying religious radicalization.
Increasingly isolated, politically and economically, the government of the Maldives has recently reintroduced capital punishment. Moreover, under a growing economic and religious influence from Saudi Arabia, which finances religious schools and mosques, the Republic is increasingly embracing wahhabism.

The Maldives of the past, with a moderate Islamic culture, full of life and colors, became in only a few years a country that is dependent from Islamic radical laws and traditions, which are proper to the countries of the Gulf.
As of today, the Republic of Maldives is the country with the highest number per capita of citizens that emigrate to join the files of ISIS. It is most recent news, that among the group of terrorists arrested in Malaysia for planning an important attack, there were two Maldivian citizens.

With Maldives uncovered I chose to document this world in transition, and show a selection of images taken in two different Maldive’s villages. There, most of the women that only a few years ago were dressing colorful clothes or walking with uncovered heads, start to wear black garments, in an atmosphere of motionless time. Among the inhabitants, some look back at where they came from, some wait for something to arrive, and some others take the road. The only testimony of the Maldives that used to be are the flowers on the tunics, and a young girl, that sweeping in the small roads of a village seems to brush away the words of a millenarian culture which finds its origins in Buddhism. 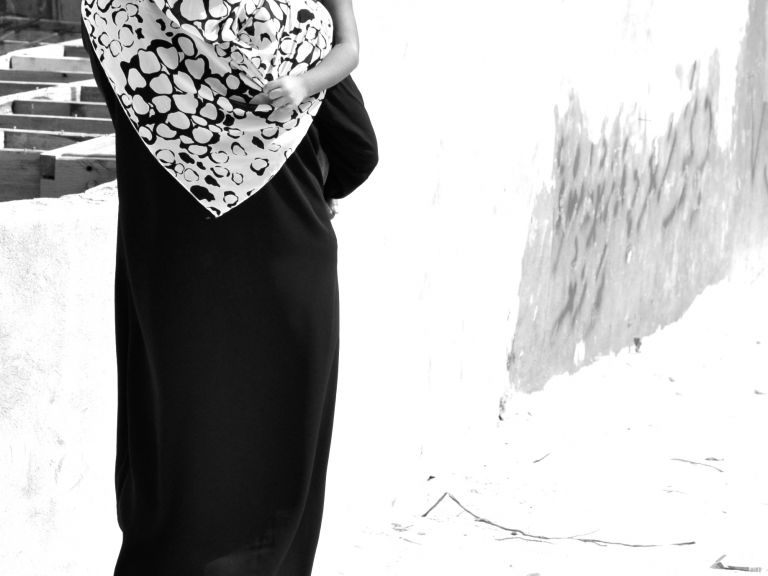 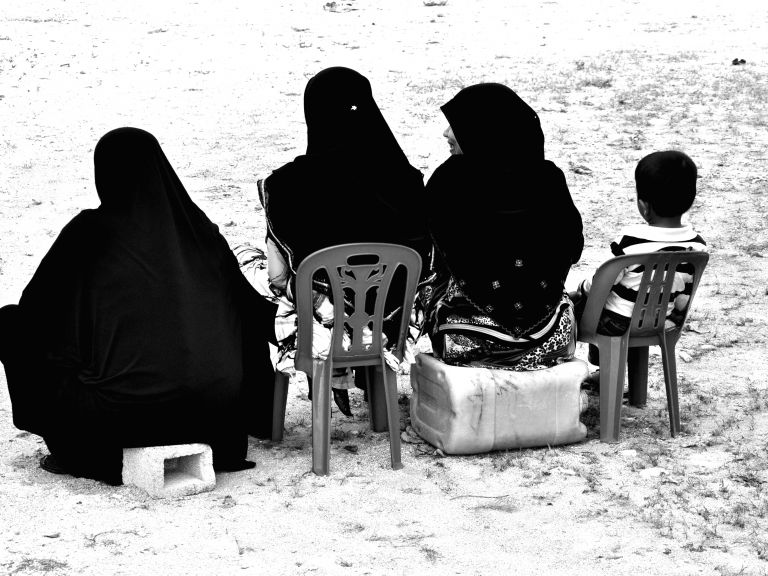 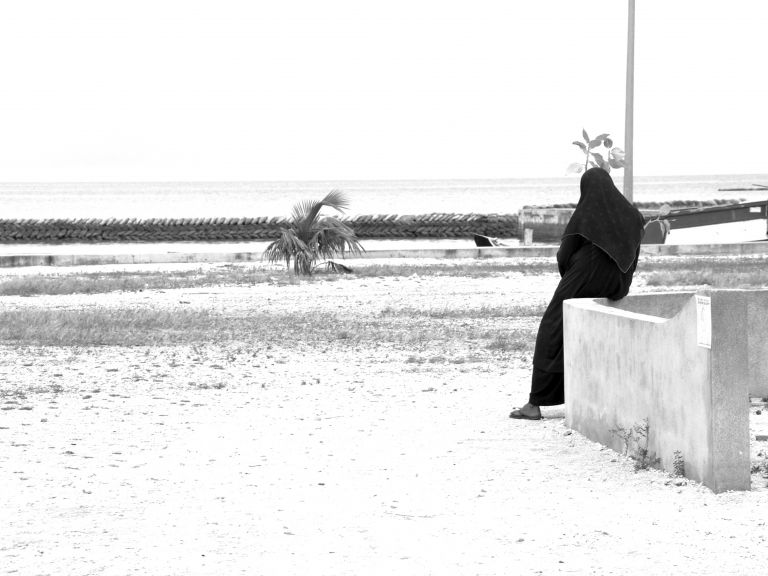 Women and the sea 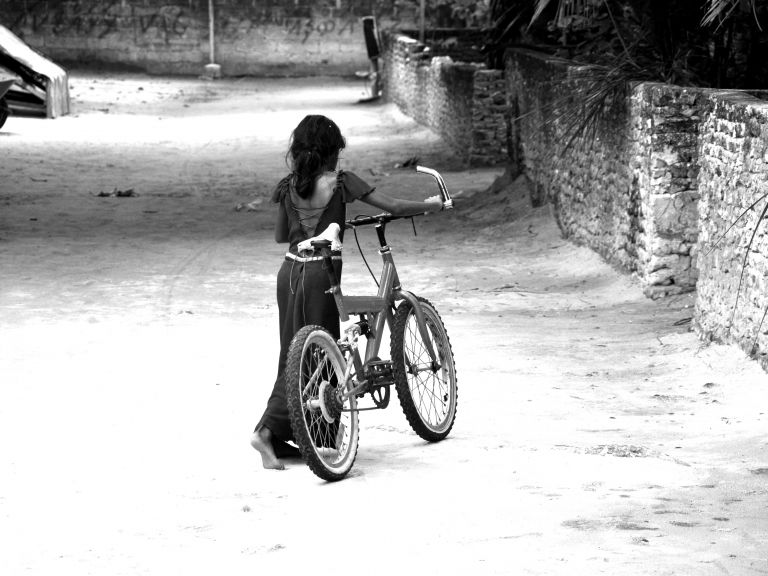 Girl and her bicycle 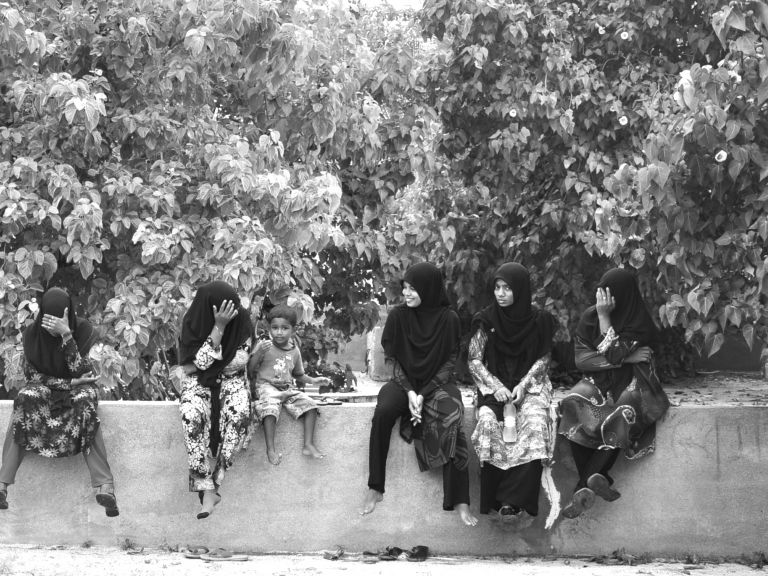 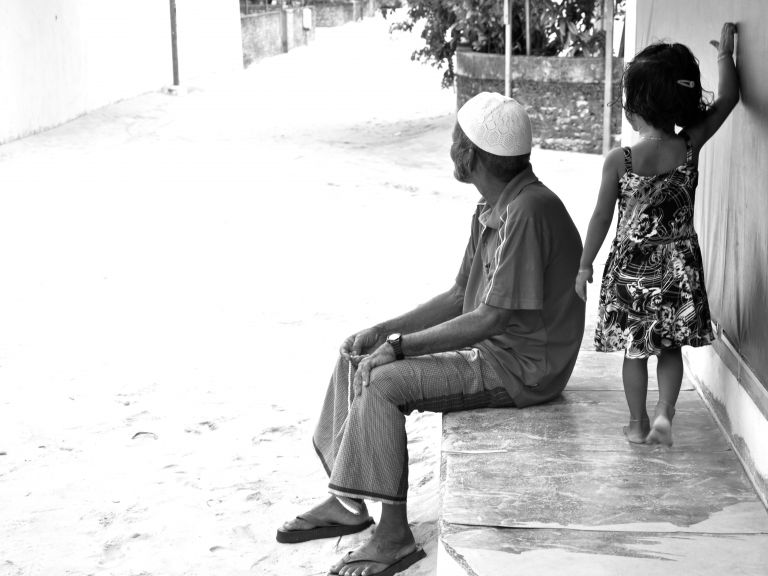 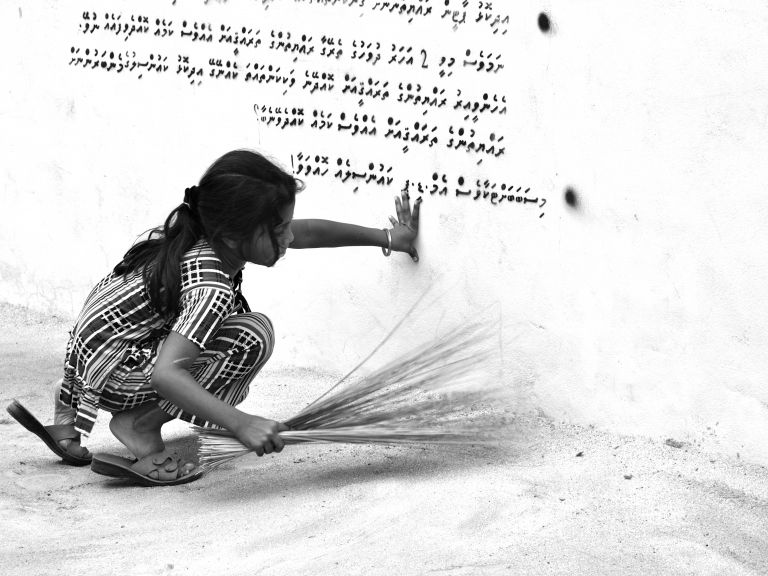