According to UNHCR, at the beginning of 2017, there are about seven thousand people stuck in Serbia. They are migrants in transit on the Balkan route looking for better life opportunities in Europe.

Nearly two thousand people, mostly young people from Afghanistan and Pakistan, live in abandoned warehouses belonging to the railway station in Belgrade, Serbia. About 60% of them are minors unaccompanied by their parents. Some of them have just arrived - tired and frozen - from Macedonia or Bulgaria. Others were sent back/rejected by Hungary and Croatia, after having suffered from the border police violence while trying to cross the border.

In such abandoned railway station warehouses people are living in inhuman conditions. They sleep on the floor, wrapping themselves with blankets given by volunteers. To protect themselves from cold temperatures reaching even minus fifteen degrees, they light fires with railway tracks wooden beams, plastic and waste of any kind, making the air toxic and unbreathable. In such crumbling buildings there are no toilets or bathrooms. Every day a group of volunteers cook hot soup they give to more than a thousand people.

Most of them prefer living in the old railways station warehouses, rather than moving to official camps for fear of being expelled by the government. These migrants want to reach European countries: France, Italy and England. They are waiting for the Balkan route to be opened to transit again. Meanwhile the borders with Hungary and Croatia are still closed. 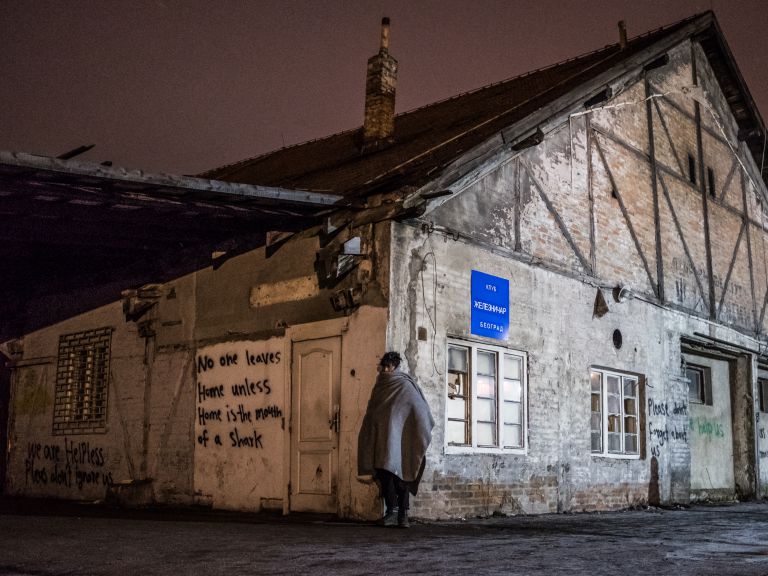 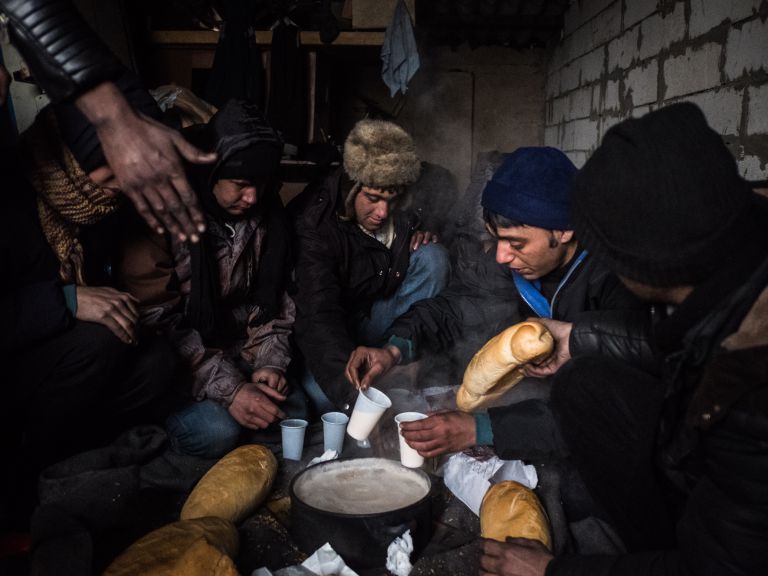 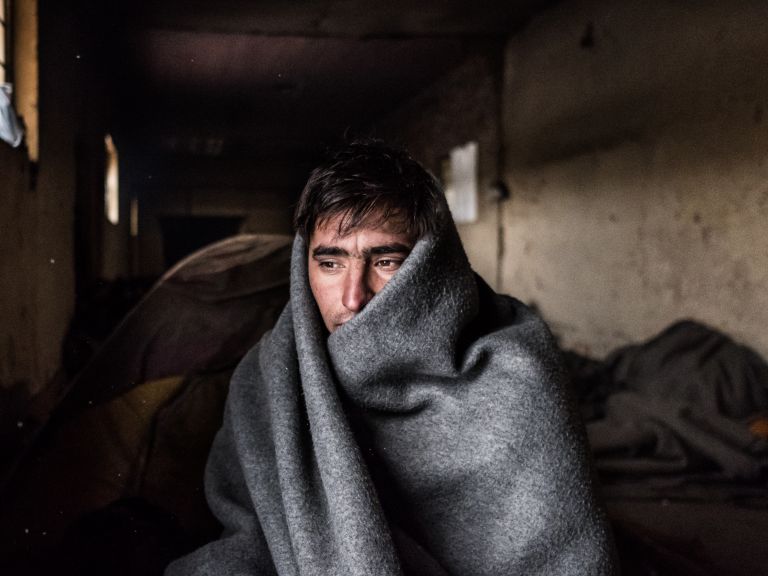 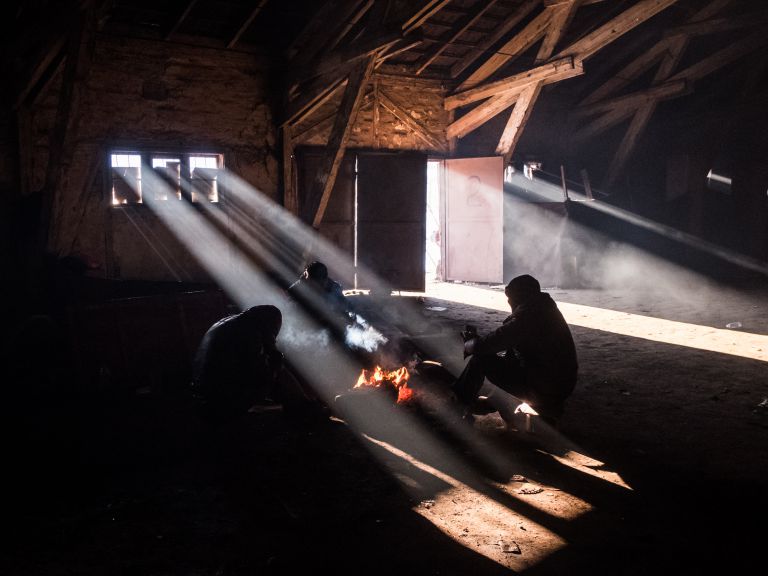 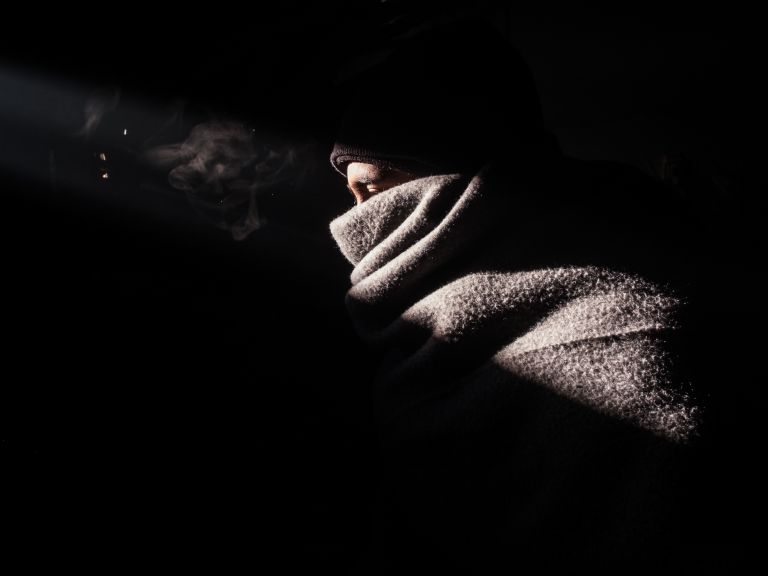 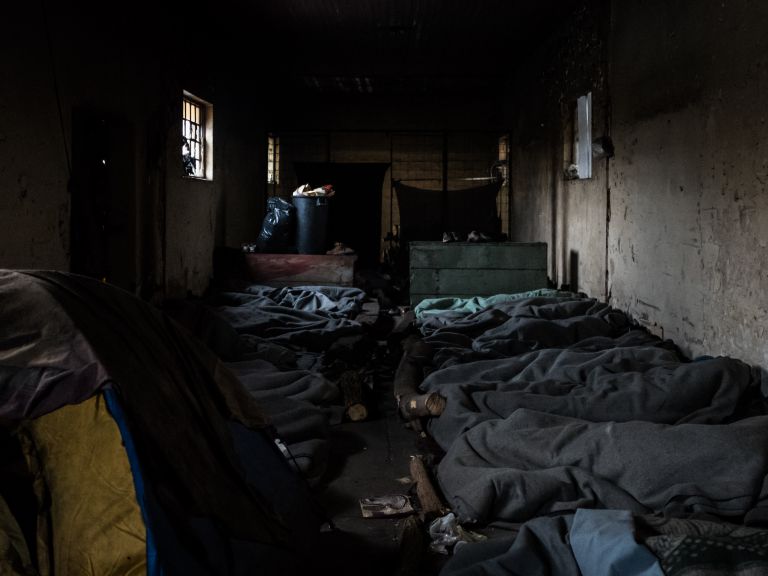 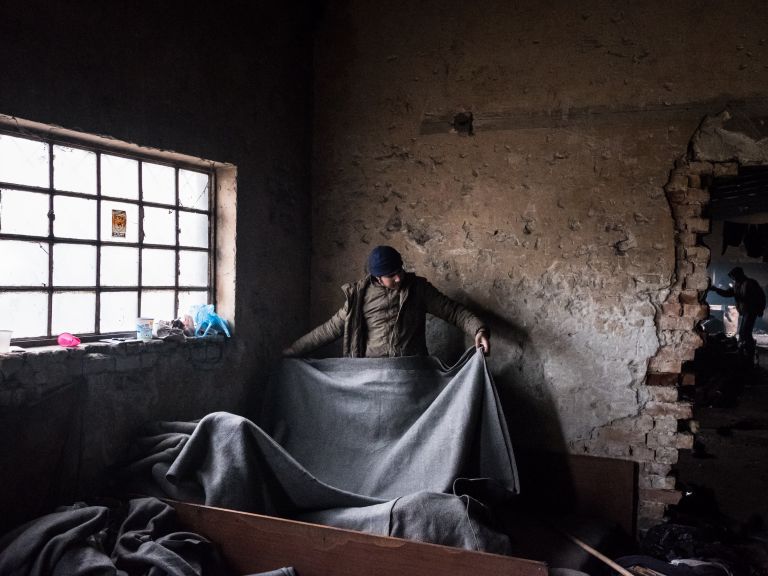 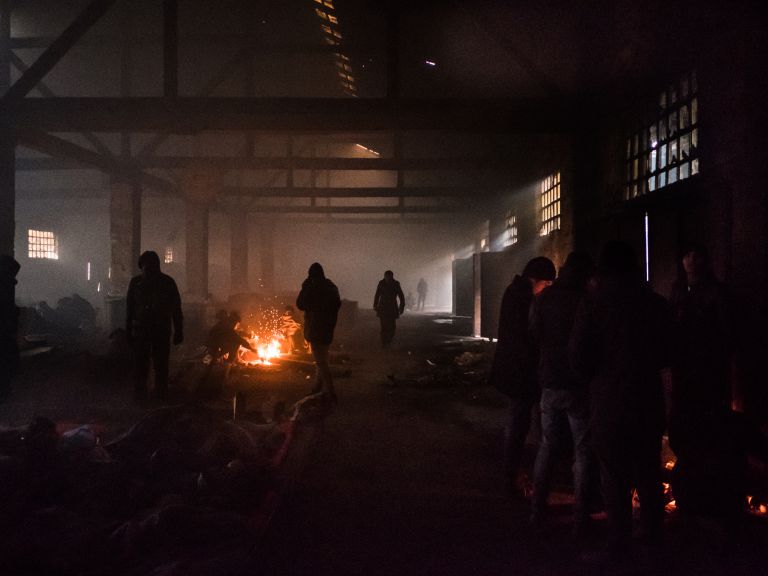 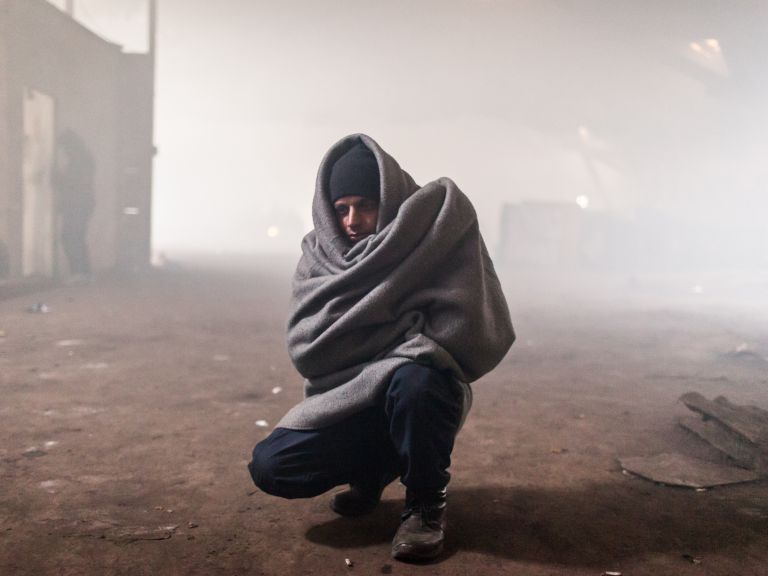 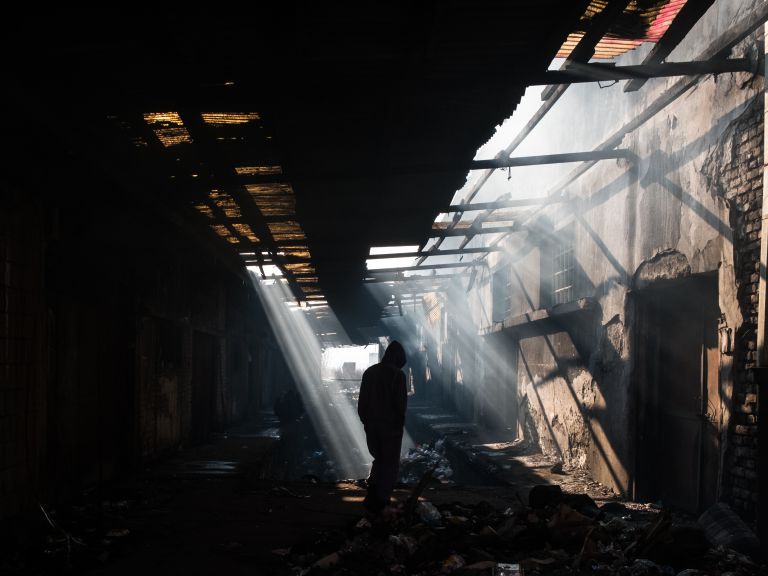