Project Detail: Back to Life in Iraq

Back to Life in Iraq

Produced during and after the Battle of Mosul, between March and August 2017, this reportage focuses on the return to an “impossible normality” for a Syriac Christian family.

This story begins with the encounter of Matti al-Kanon, a 74 years old Iraqi painter who trained as an artist at the Baghdad Academy of Art, where he lived and taught History of Art for his whole life. Forced to flee with his wife and five sons from the growing instability in Baghdad, in 2006 he started a new life in Bartella, an Assyrian town located in northern Iraq about 21 km east of Mosul.

The situation of al-Kanon’s family and of thousands of Iraqi Christians worsened in 2014, after the spread of the so-called Islamic State, led by the caliph Abu Bakr al Baghdadi.

Bartella was attacked on August 6, 2014 and after a brief resistance by Peshmerga forces, Isis militants took over the city. Over night, the town was almost emptied of its inhabitants. A few hours later, on August 7, the whole area was taken by Isis in a bullet-less fall. Militants burned liquor stores, looted houses, hung their black flags on the city walls, torn down the crosses and Christian idols in the name their iconoclasm. The web is full of video showing iconoclasts destroying artefacts in the archaeological museum of Mosul, or assaulting Nimrud and Hatra, some of the primary archaeological sites of Iraq.

The same happened to Mr al-Kanon’s works. At the beginning of the almost three years of Bartella’s Isis occupation, militants stormed every single house. They sacked everything that could be sold and destroyed the rest. With a dagger in his hand, the iconoclast tore three Christian themed paintings: The Virgin and Child; The Deposition; Representation of Joseph.

«I want to fix them to demonstrate the resilience of my community and that of Iraqi minorities in the face of this war».

This is the precise moment in which the “Back to Life” project begins: for weeks, back and forth from Erbil to Bartella with al-Kanon family’s, trying to find a possible way to move the paintings from their house to a safe place in a refugee camp located in the Kurdistan region. A small pick-up solves the situation and Matti brings back his paintings. From the daily life with Christian refugees to the ruins of Bartella, this reportage describes the struggle of a family which is the struggle of Iraq itself. 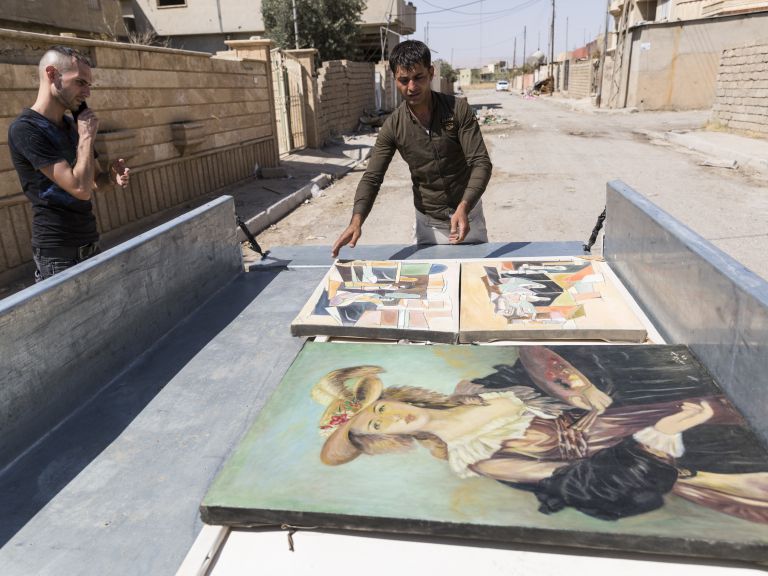 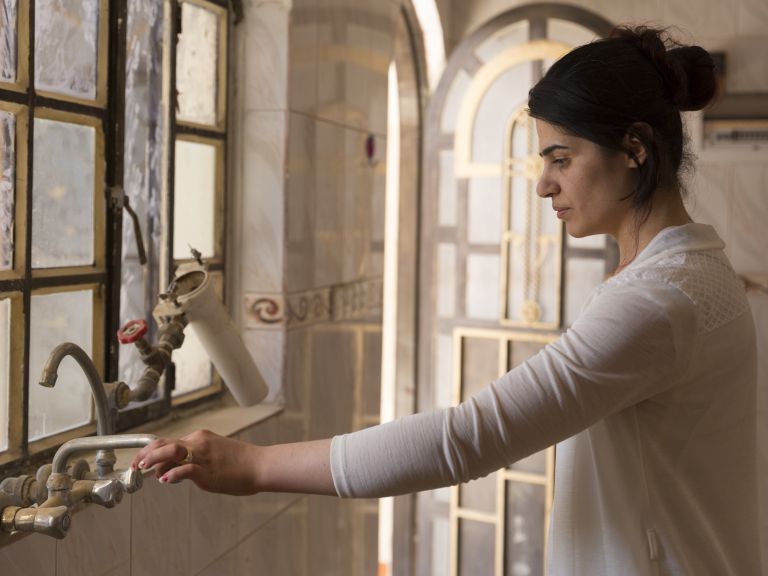 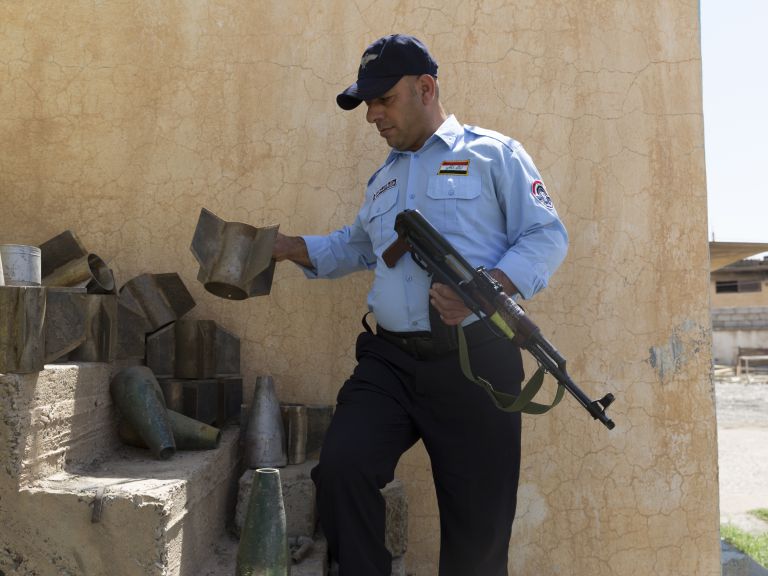 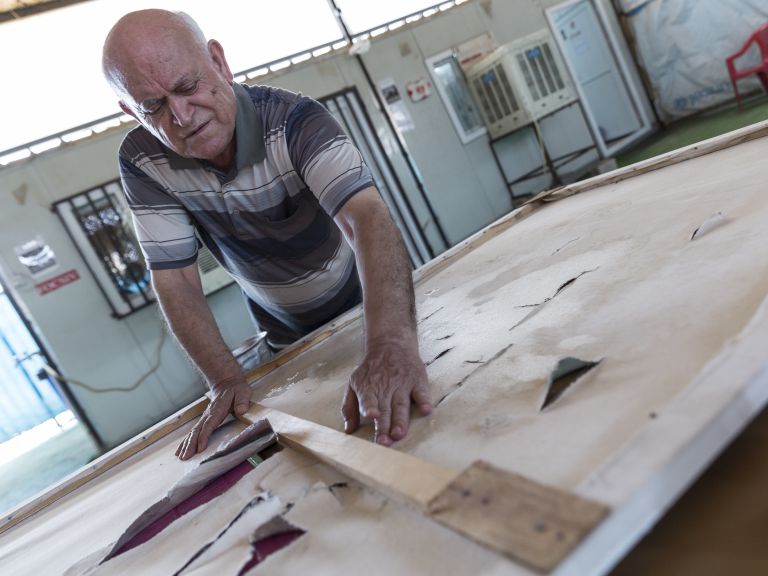 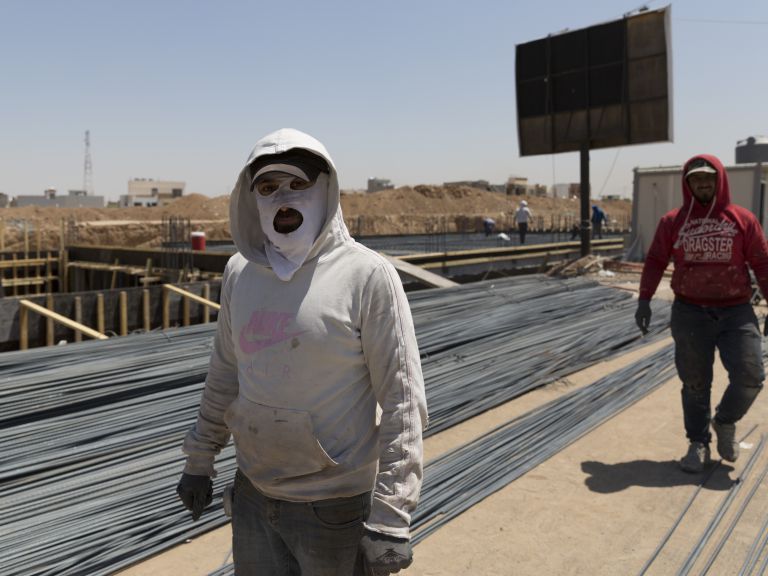 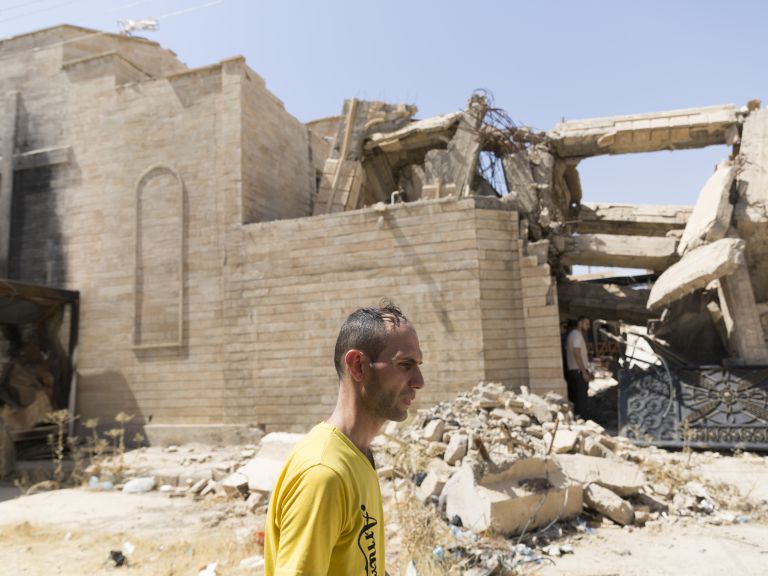 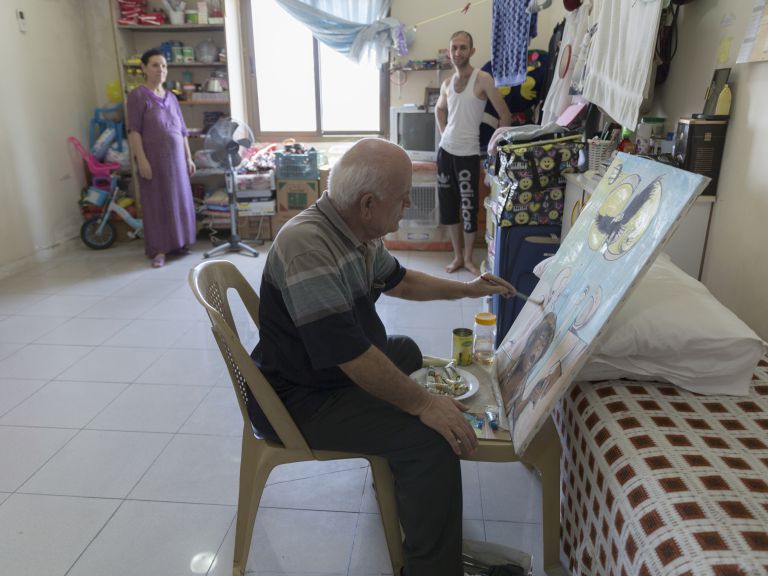 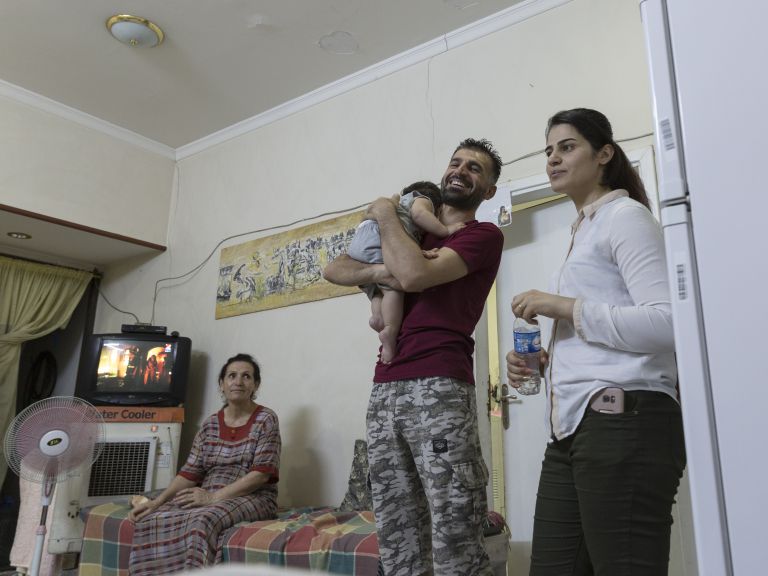 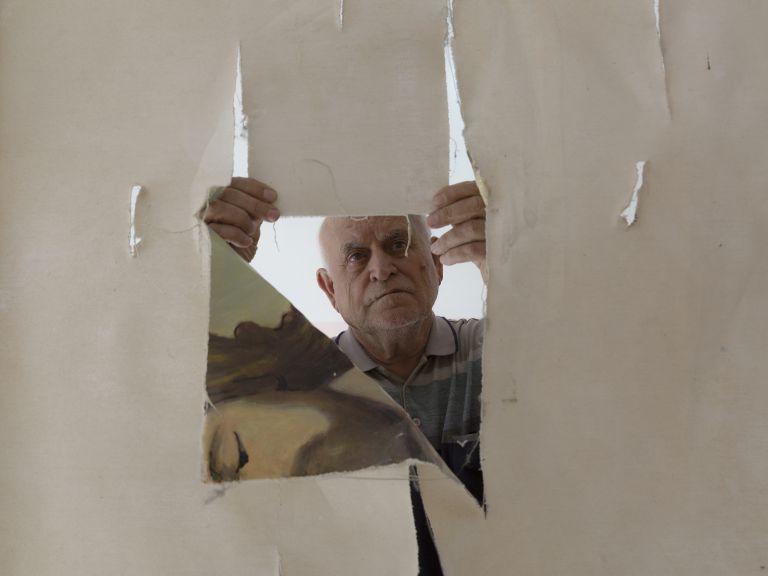 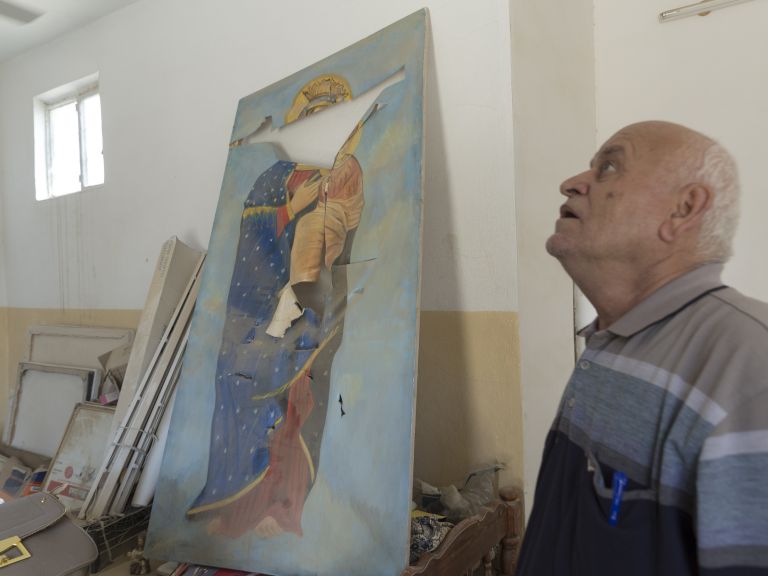 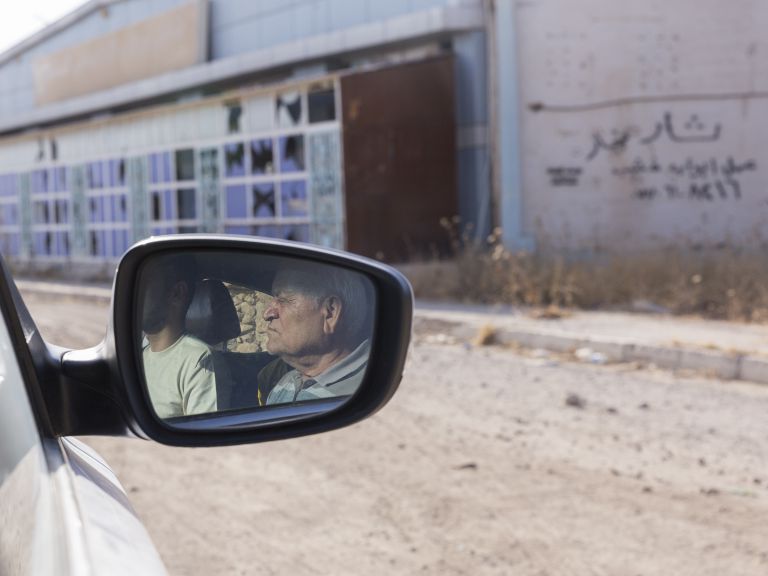 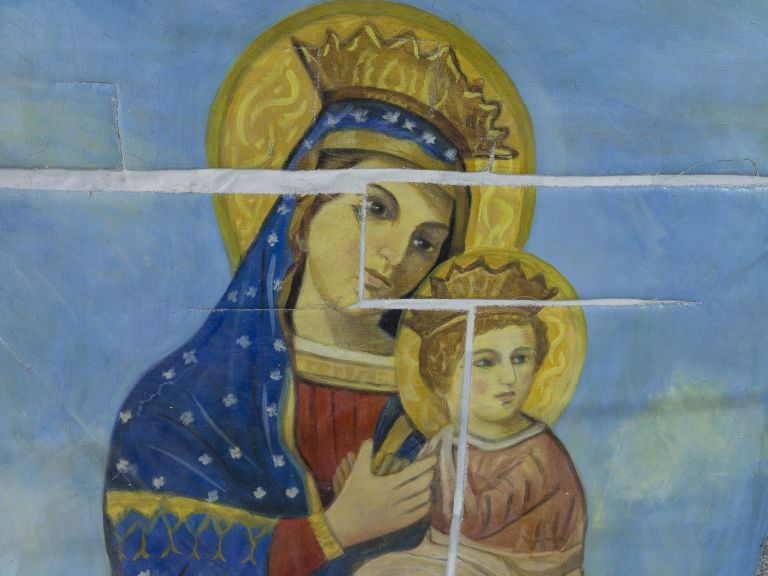