Gioele likes to change his shoes.

He likes water and horses.

And he likes to feed his plastic seals.

He, well he is a guy of few words.

But on his notebook he writes long and complex stories about misterious animals: domestic lions anacondas and spider-wolves.

He draws cooking ducks and zebras with coloured stripes.

But then, often, he crumples the drawings because he doesn't want that someone sees them.

Inside, Gioele has a wide world.

The only thing is that in his world nobody can come in.

Gioele is autistic, which means that he is inside a house without a door: from the inside you can't go out and from the outside you don't know how to go through the doorway.

But he stays at the window, looking, observing.

And from there, he takes pictures of the world like he sees it: too close or too far, often moving fastly, sometimes as a friend, sometimes impossible to decode.

Gioele also likes that others look back to him, and this is the way the project is born.

From the exchange of the points of view between a photographer, that wants to try to go closer to the difficult inner -part, and a kid who wants to communicate with an outside world, difficult to reach.

Photography becomes an instrument of mutual comprehension, a visual and visionary territory where to meet and project at the outside voiceless sensations and emotions.

But photography is also the guiding string of an educational story

A delicate and complex formation: non only the one of an eleven year old child that slowly is changing into a man, but also the one of a special humain beeing that grows comparing himself with a world from which is percieved as different and an alien.

Autism is considerated by the international scientific comunity as a mental disorder.

Since now, its causes are partially knowed and its origin is the topic of various and conflicting interpretations.

Normally the symptoms are found whithin the second/third year and show themselves with heavy modifications/ alterations in the verbal and no verbal communication areas, of the social interaction, of the imagination or the list of hobbies.

People affected by austism often show behaving problems which, in worse cases, can manifest in repeatitive, abnormal acts and being agressive with himself and others.

Not considering the Romantic visions often associated to autism by cinema and literature, there isn't always, behind the inbreakable courtin of the illness, a “Zeitgeist”; not always behind stereotyped gestures, sounds repeated again and again, rituals obssesly renewed, a misterious and extraordinary talent is hidden.

For many, just eating all together with their family, enjoying a walk, learning how to dress themselves is already a great success.

For Gioele, expressing himself without saying bad words or answering to a simple question is an achievement.

So, this project is a voyage of a child who is searching his own normality and discovering his own little talents.

It's a diary of a change and a research: of an identity, of a place in the world, of a way to communicate, of a link with another person like you.

Gioele wants what we all want.

It's only that his goals are more difficult to reach.

The end of his childhood and the beginning of his adolescence are an even more delicate transition, that brings with it harder conflicts.

From the relationship with the body that changes to the difficulties to socialize, from the lack of aggregation structures in a suburban reality to the dialogue, often more a conflict, with the Istitutions and the family: all the problems of a normal teenager are amplified and even more extreme for an autistic child.

For these reasons, fallowing his growth through the photocamera becomes an understanding and analysis path: the mistery of his illness and the mistery of our identity. 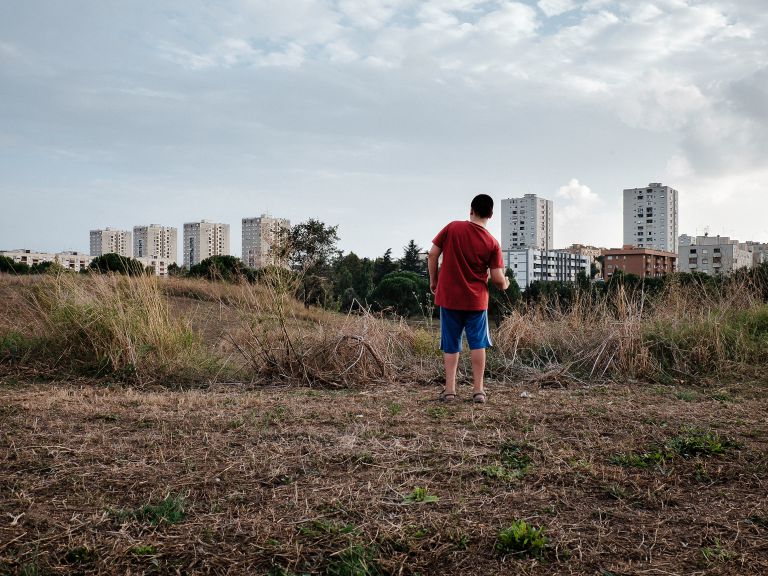 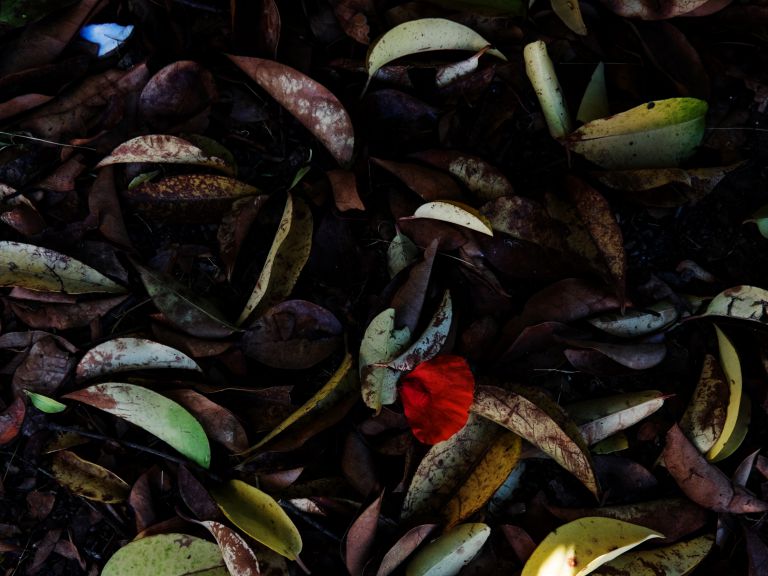 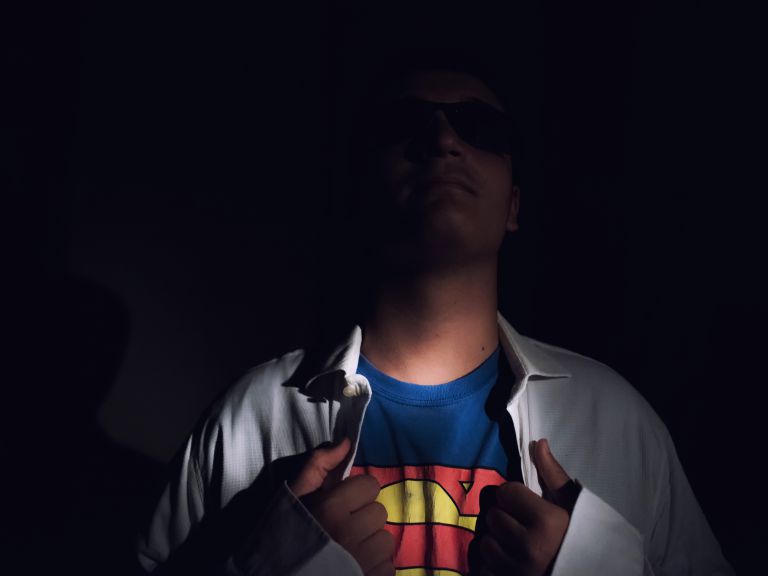 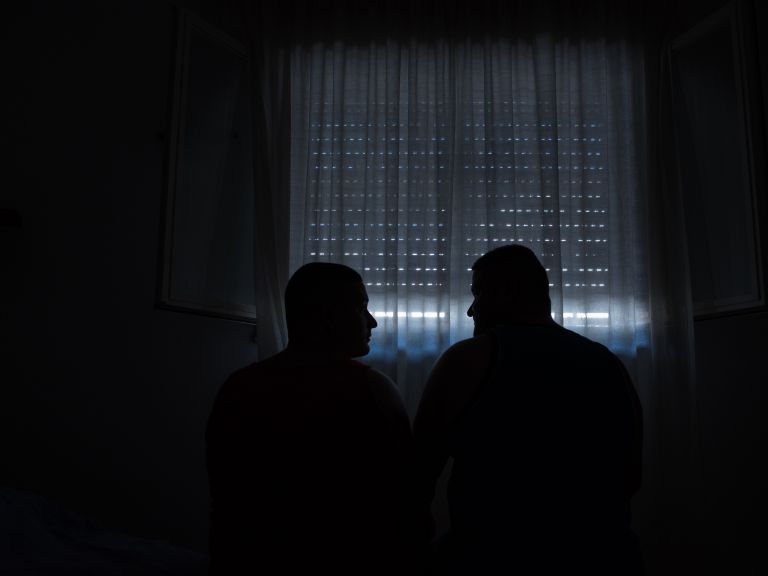 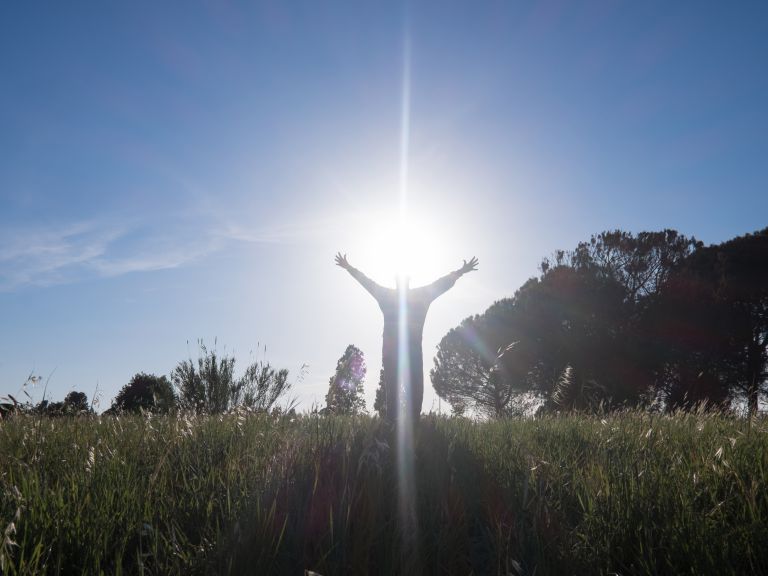 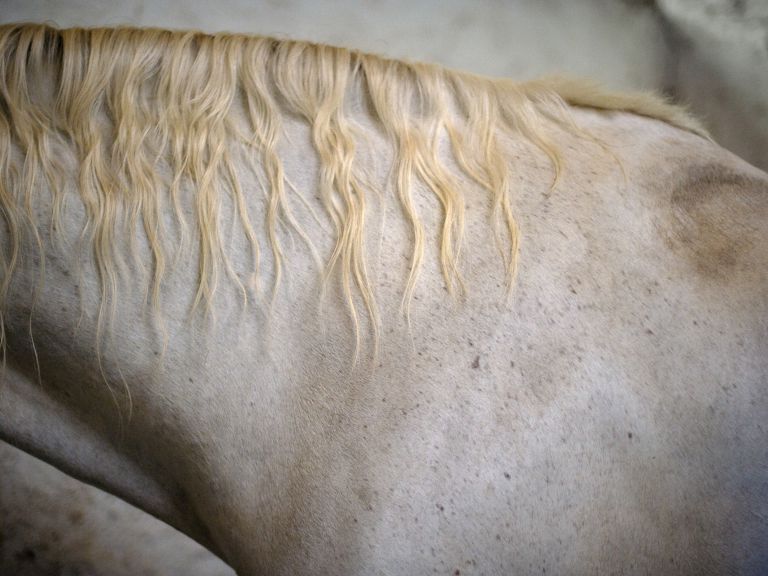 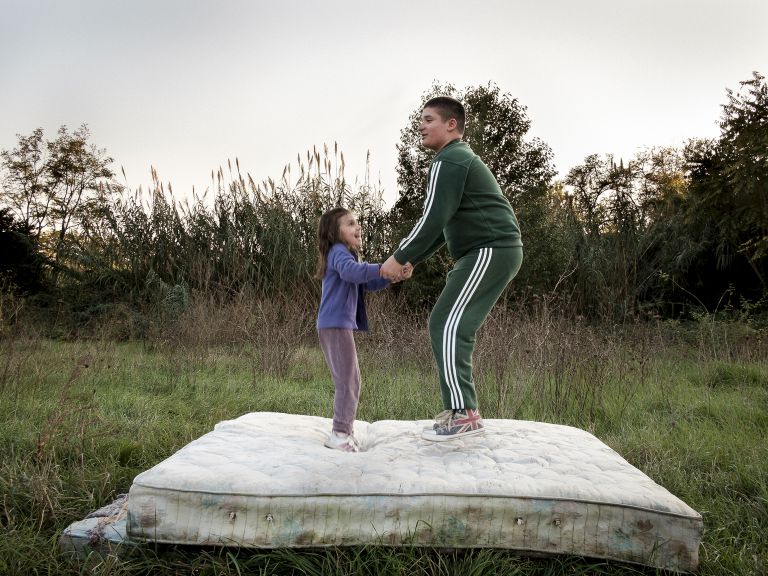 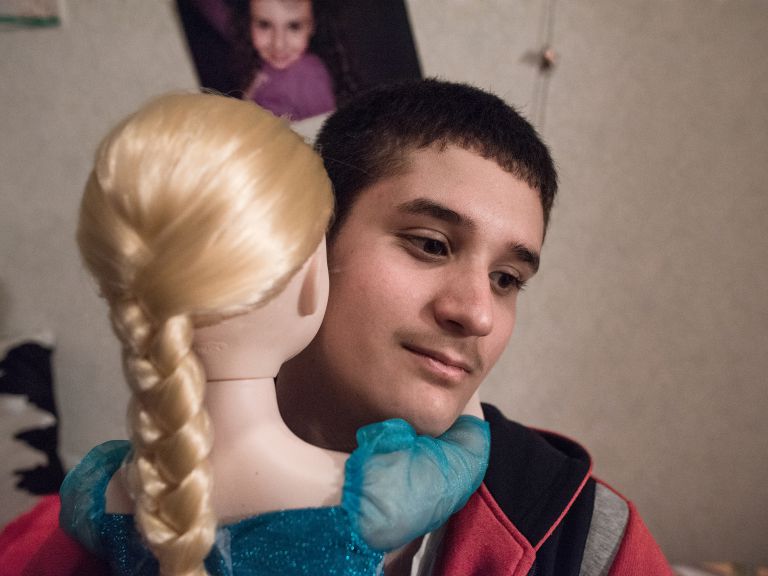 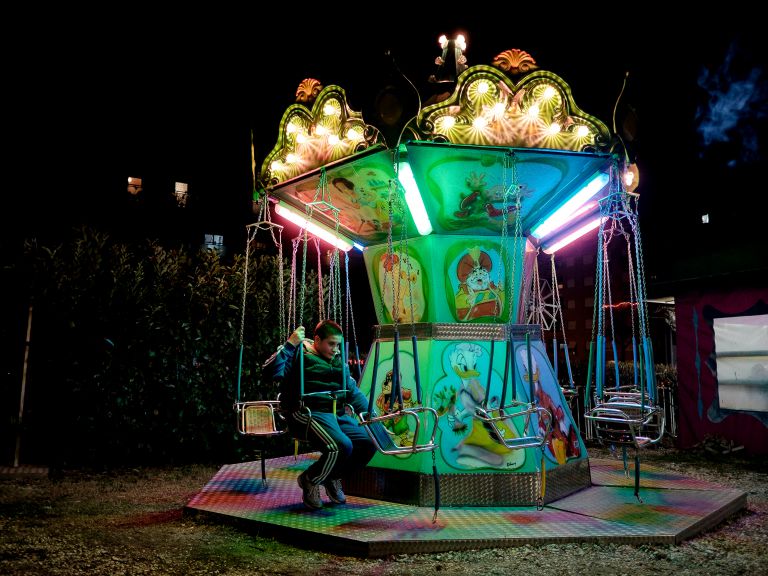 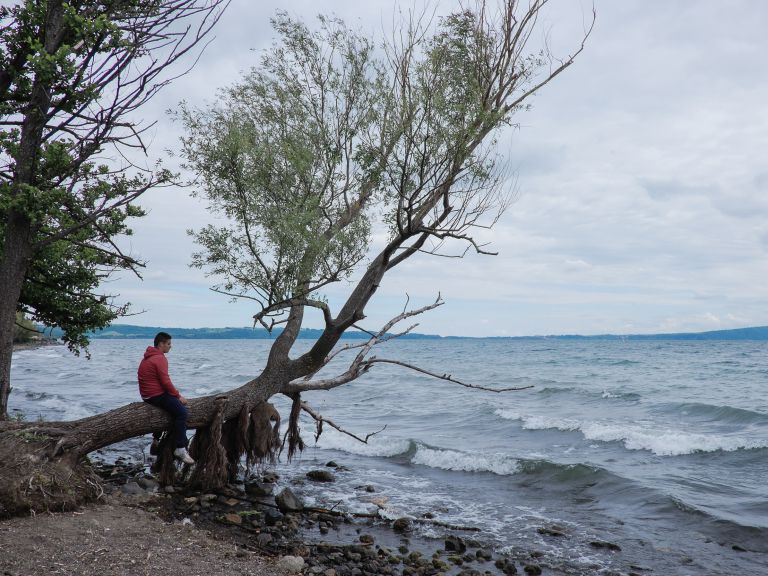 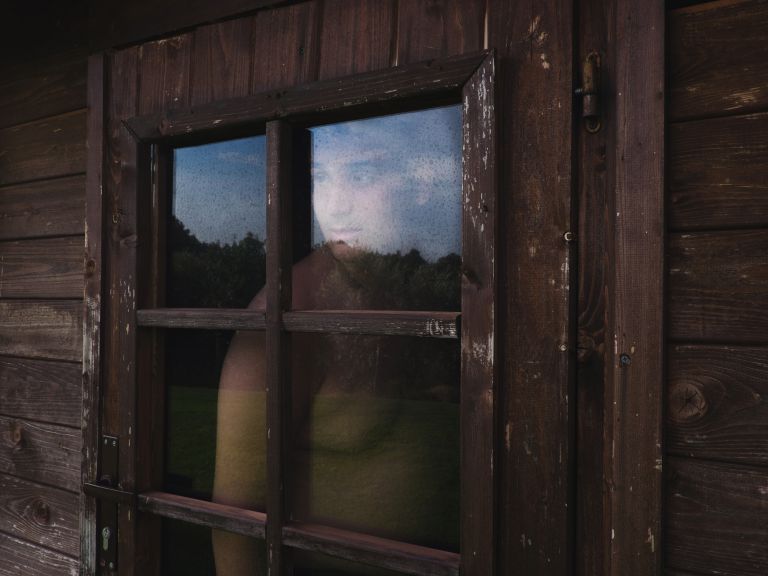 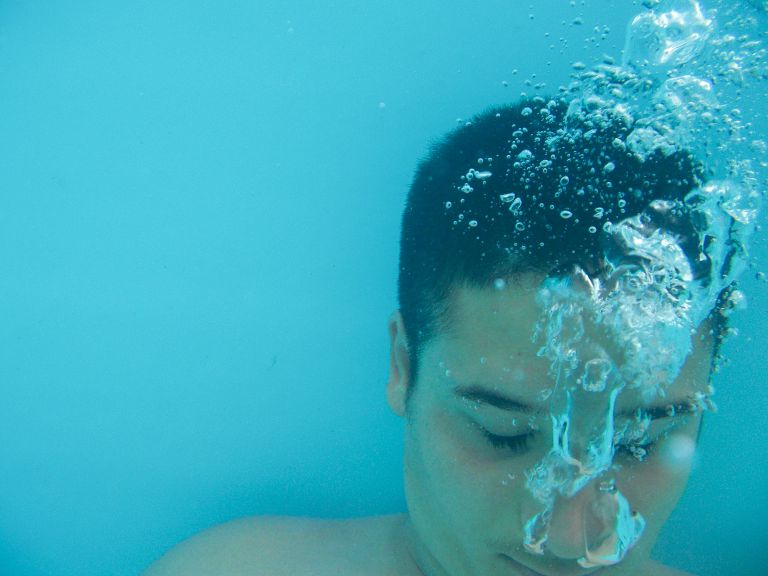