The Donbass conflict between the pro-Russian separatists and the Ukrainian army had its devastating effects also on one of the economical pillars of the region: coal extraction.
The largest mines are now almost all closed, many have been bombed and several stopped any activity whilst waiting for the nationalization from the separatists authorities.
In their place appeared dozens of illegal mines, the so called kopankas, where a day-to-day underground war is fought unknown to western countries.
In Ukraine controlling coal equals to controlling power, and this is well-known to the separatists, who are heavily involved into this business also used to finance the military revolution.
One of the richest deposit, in Torez, is guarded by the Oplot battalion, whose leader is the president of the self-declared Donetsk republic, Alexander Zakharchenko.
A large number of these kopankas is also believed to be controlled by the former Ukrainian premier Viktor Yanukovich, considered by many to be the hidden owner of the Donbass region.
Kopankas are mostly holes in the ground, dug with basic techniques.
Men will go down up to 200 meters extracting largely by manual methods.
Despite this, a team of 4 workers can produce up to 5 tons per day, immediately placed on the market.
Salaries are comparable to those of third world countries: around 700 grivnas per week, comparable to slightly more than 30 euro for 6 hours daily hours, 6 days a week.
Working condition are inhuman: workers extract coal laying down on their back for the majority of the time surrounded by the deafening noise of sledgehammers and with extremely limited visibility conditions due to the dust and scarcity of light.
Accidents are extremely frequent despite the fact that no official statistics are available; in the same fashion no documentation is available assessing the impact of these working conditions on the incidence of diseases and death of miners, well above national average.
Despite this, the kopankas remain the only source of income left for thousands of families. 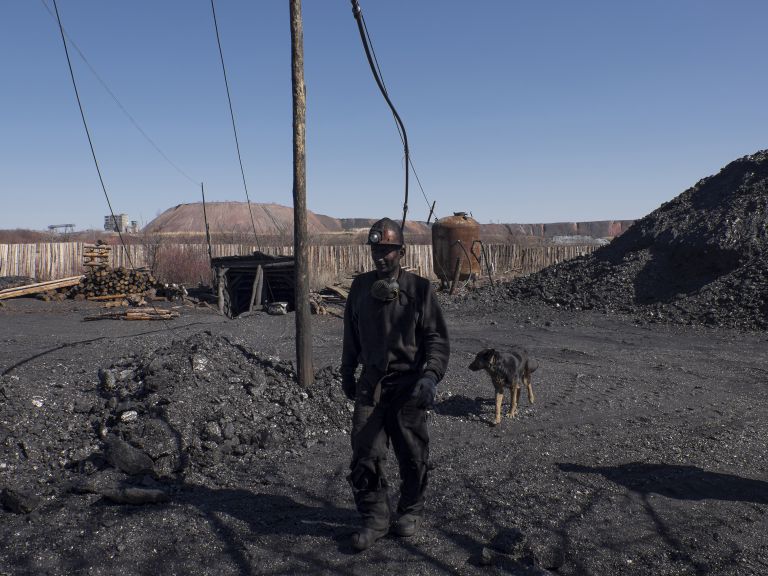 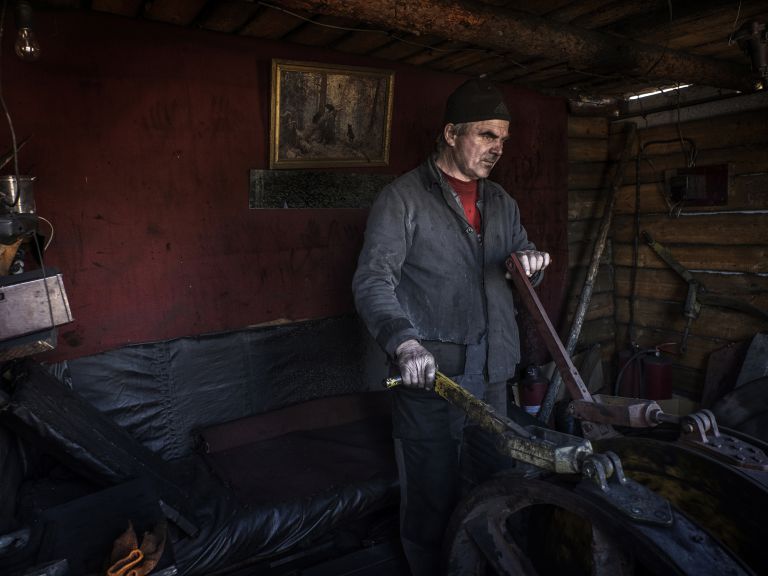 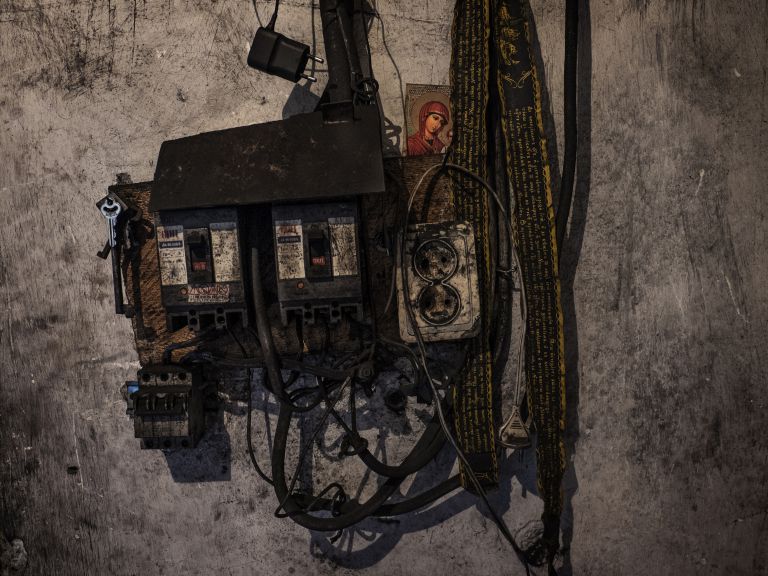 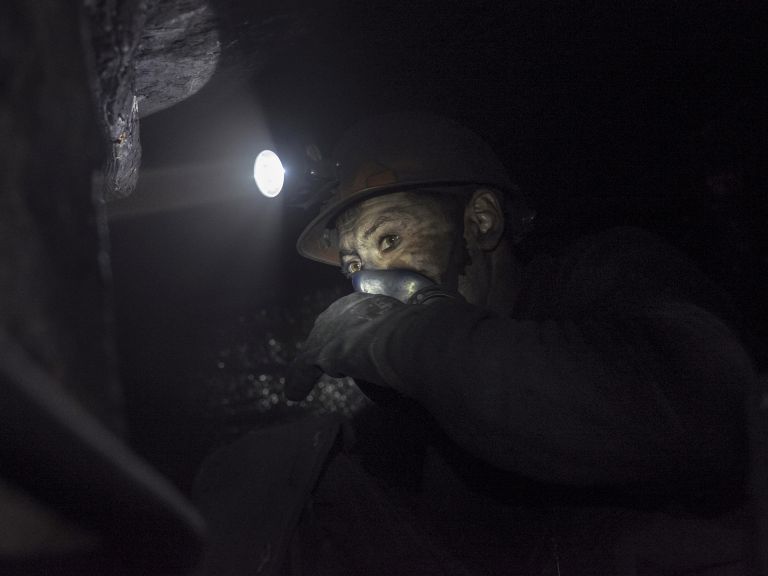 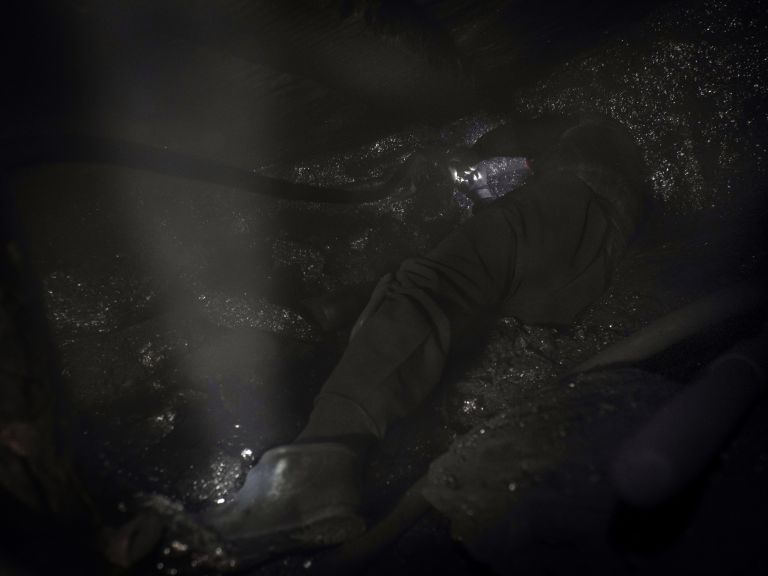 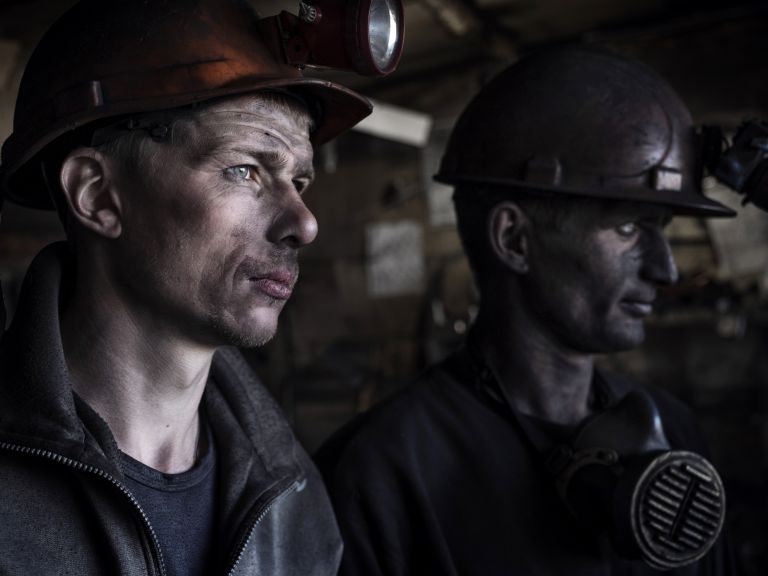 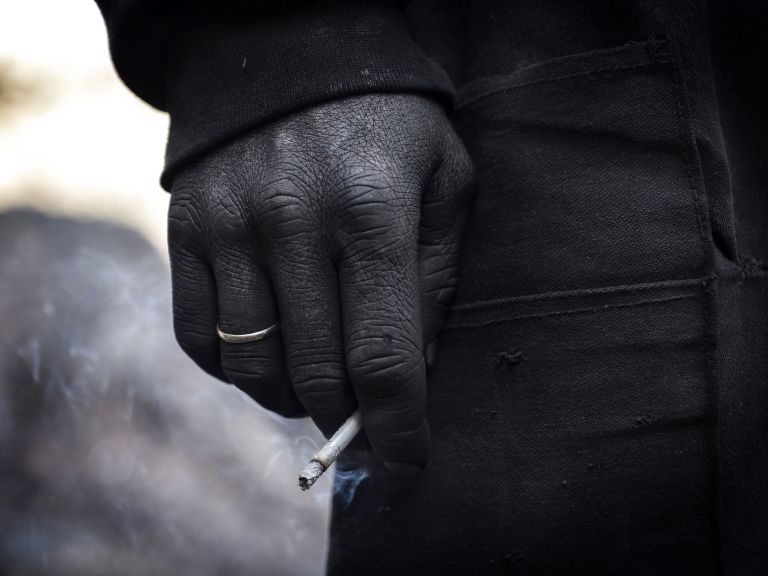 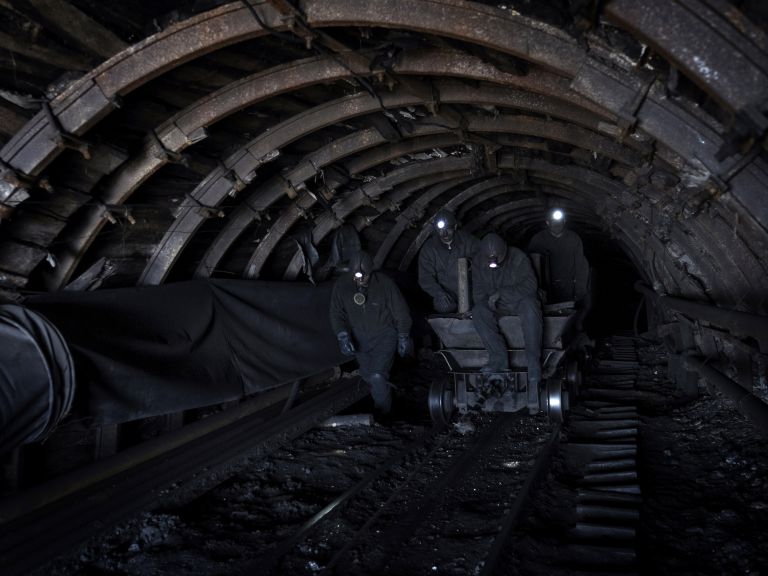 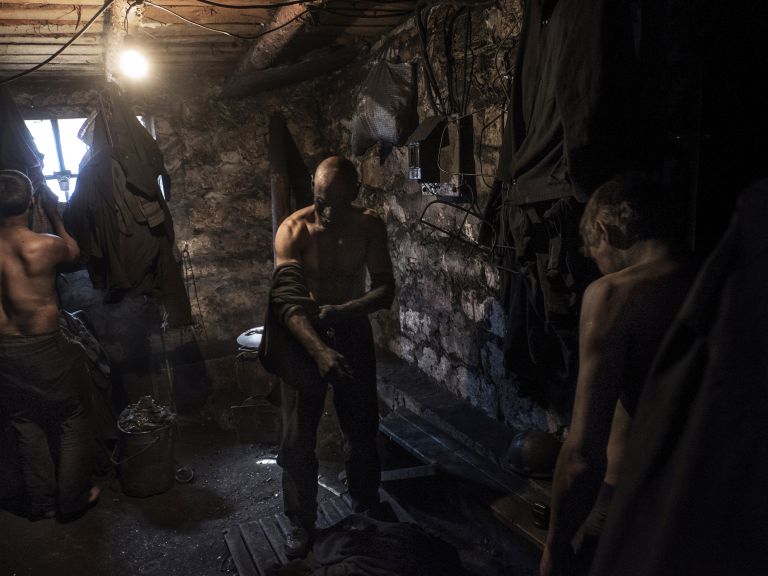 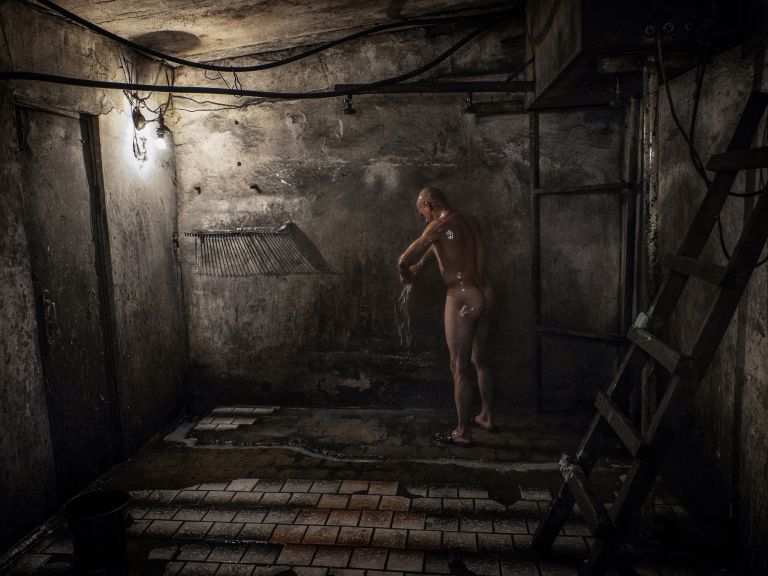 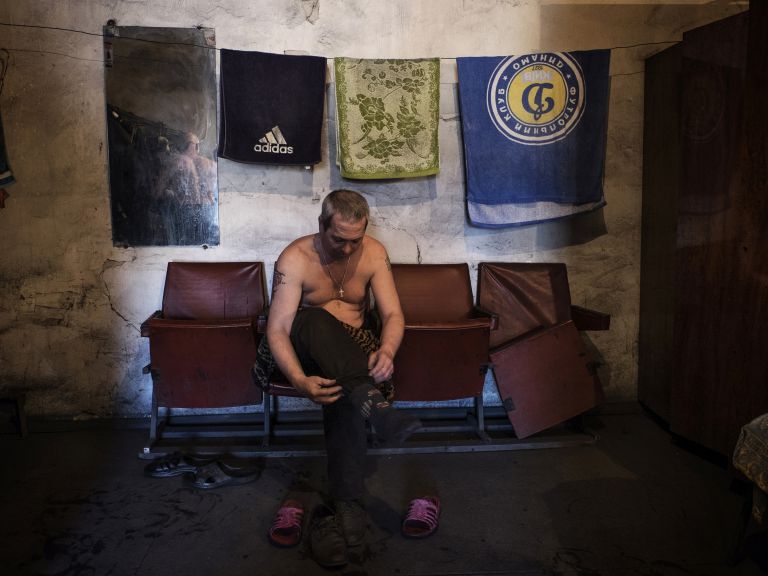 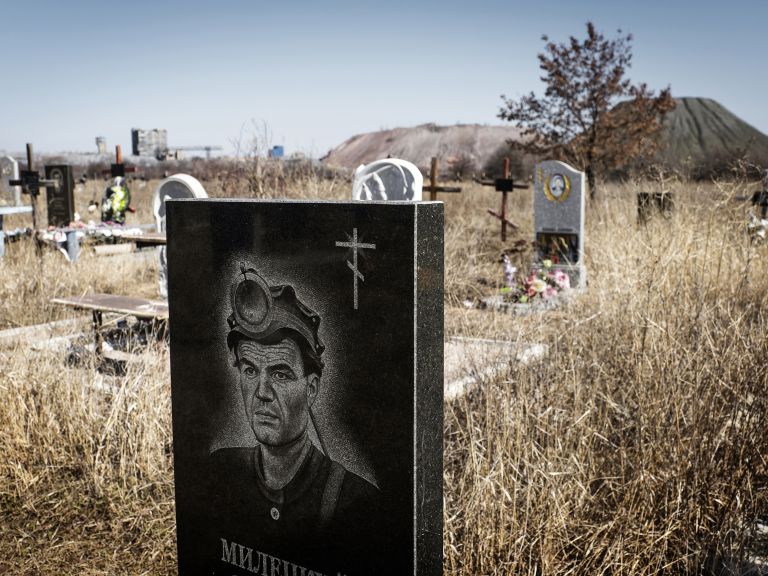