Visiting Granada is a must do when going to Andalucía. This city has a big history, influenced by muslims and catholics and wars. This Plaza de las Pasiegas hosts the Cathedral of Granada, or Cathedral of the Incarnation. Normally, tourists would turn around and photograph the gigantic front door of this cathedral, but the sunset lights over these streets and the people in it just bewitched me at the moment. Just go and visit Granada. 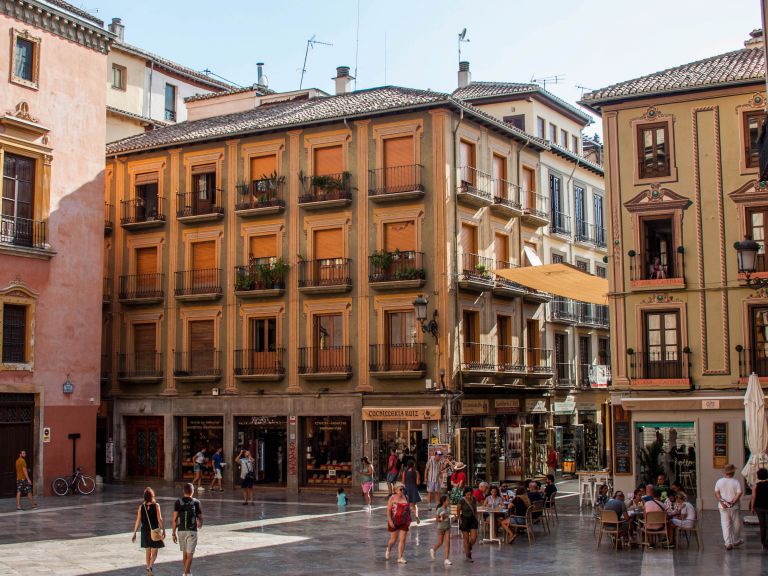