Project Detail: The Longings of the Others

The Longings of the Others

Bangladesh is one of the few Muslim countries where prostitution is legal. The Kandapara brothel in the district of Tangail is the oldest and one of the largest in the country - it has existed for some 200 years. It was demolished in 2014 but has been established again with the help of local NGOs. Here live and work more than 700 sex workers with their children and their madams. Many of the women were born in the brothel, others are sold by family members or flee their controlling husbands and need to find a way to secure their livelihood. Their customers are policemen, politicians, farmers, fishermen, factory workers, groups of teenage boys. Some of these men are looking just for sex, but others for love and the company of a woman.

The brothel district is surrounded by a two-meter wall. In the narrow streets, there are food stalls, tea shops and street vendors. The brothel is a place with its own rules and hierarchies of power which are completely different from mainstream society. For example, inside the brothels, the women are weak but also powerful. The most vulnerable stage is when a young sex worker enters the brothel - she is called a bonded girl. Officially, sex workers must be 18 years old, but most are underage. Bonded girls are usually 12 to 14 years old. They have no freedom or rights. They belong to a madam, have debts and are not allowed to go outside or keep their money. From the moment that a woman has paid her debts, she is free to leave the brothel. But these women are socially stigmatized outside their "homes" and thus often choose to stay and continue supporting their families with their earnings. 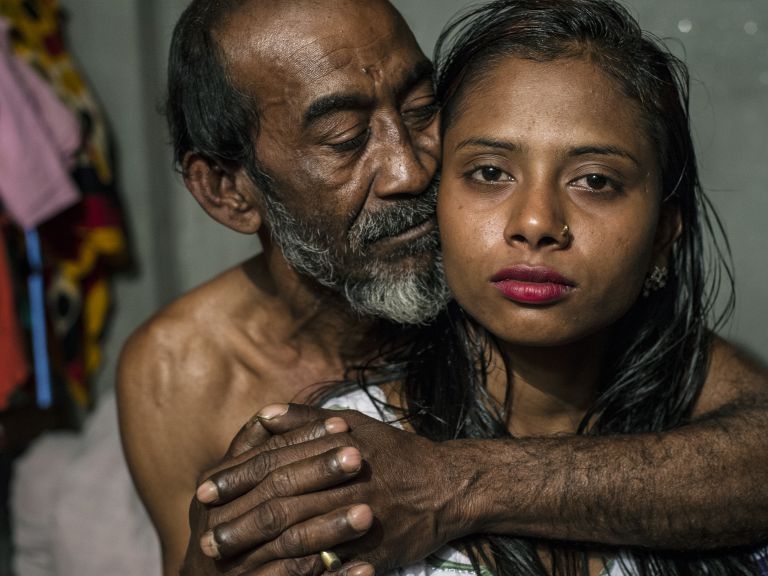 Kajol with a customer. She thinks she is 17 years but does not know her exact age. She was married w 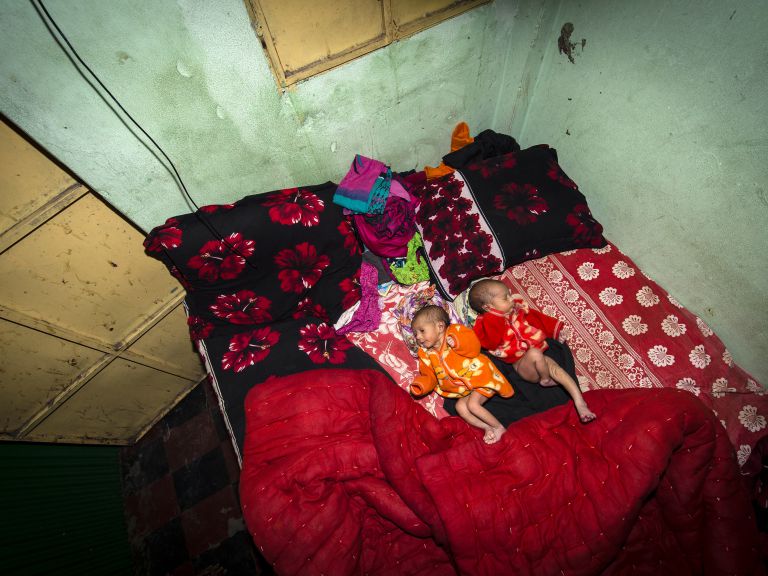 Five days old twins lie on the bed. They have not yet a name. Jhinik, 20 years, a sex worker in the 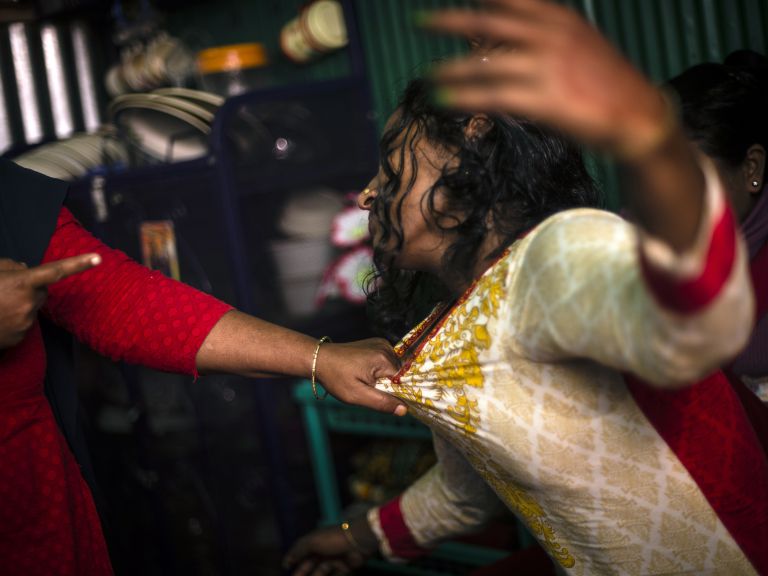 Bonna, 27, a sexworker in the Kandapara brothel in Tangail, is fighting with another woman. 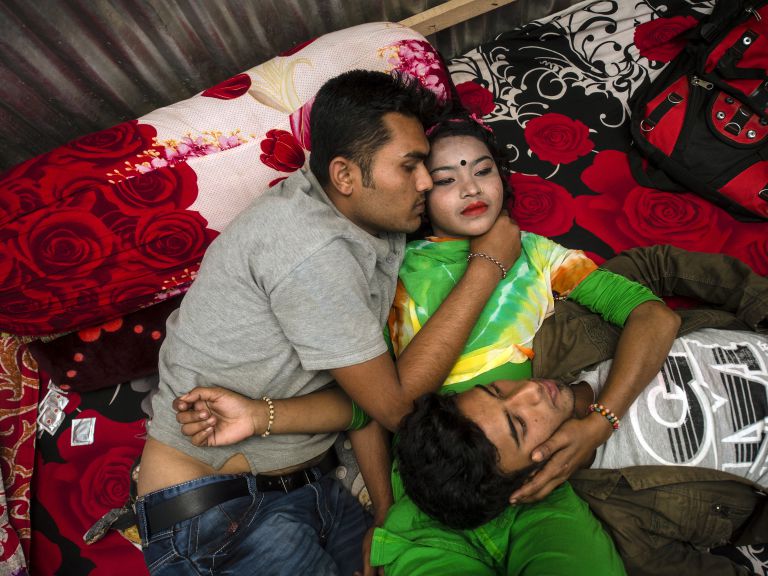 Papia, 18, with two customers on the bed in the Kandapara brothel. 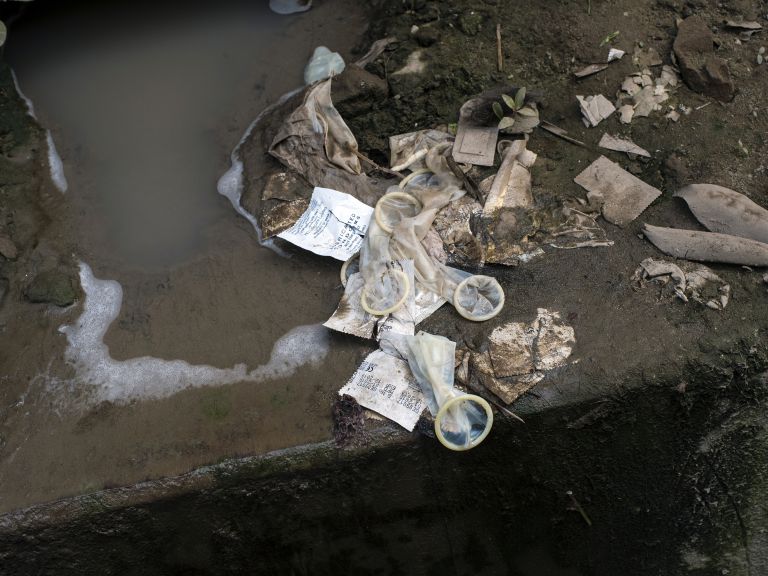 Used condoms outside the Kandapara brothel in Tangail. 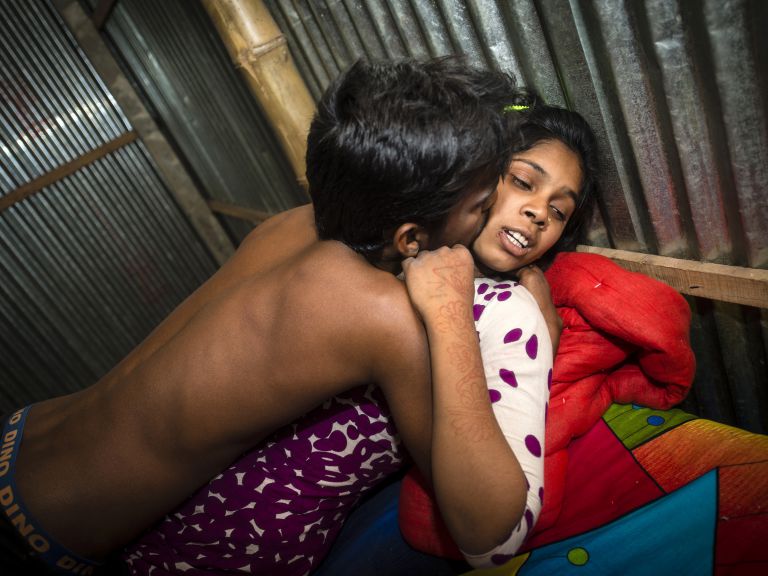 Pakhi,15 years, with a customer in her room in the Kandapara brothel in Tangail. Lives since she is 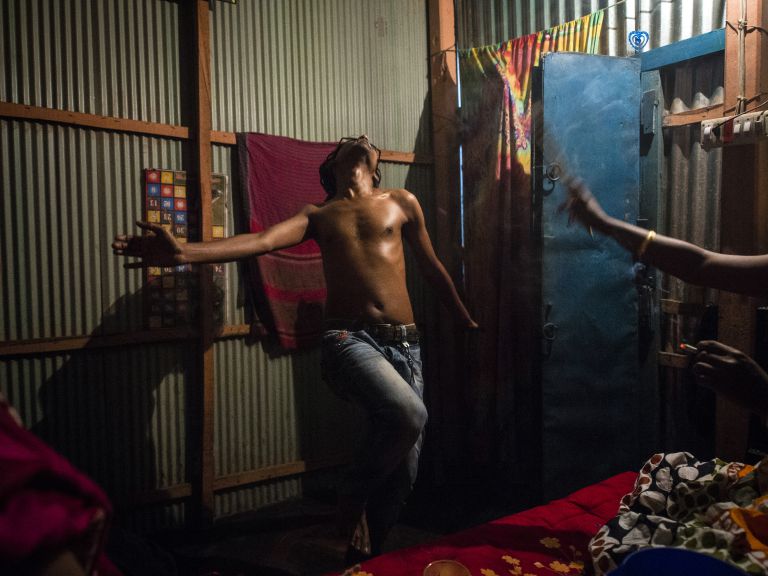 Roni is dancing in the Kandapara brothel in Tangail. He is a shop owner in the brothel and son of a 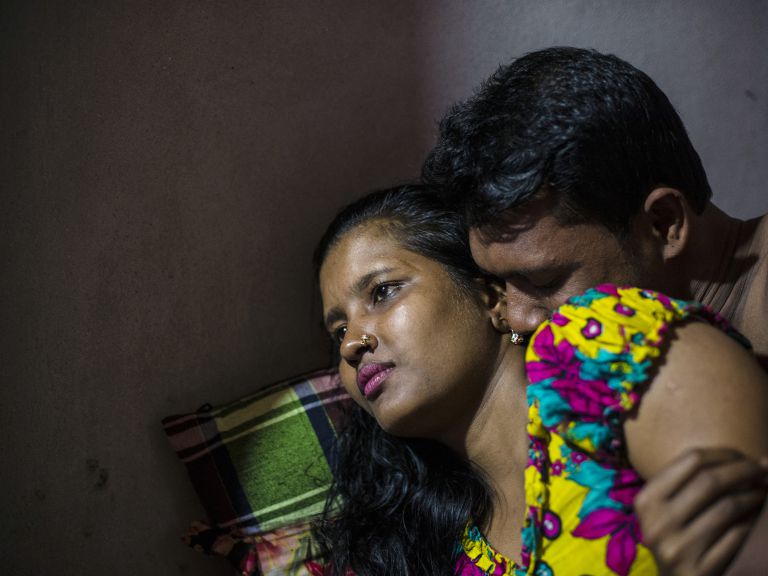 Meghla, 23, with a customer in the Kandapara brothel in Tangail. She started working for a garment f